So you’ve saved (or destroyed) the Halcyon colony, completed all the quests, and made many friends and foes along the way, now what? Freelancing of course! You receive a parcel (Note: NOT a package) intended for the late Captain Hawthorne from his old buddy Lucky. Inside the parcel is Lucky’s severed hand along with a voice recording about a job on an abandoned asteroid named Gorgon. Since Lucky seems to have had a… workplace accident, you head off to Gorgon to take the job from one Wilhelmina Ambrose, who wants you to find her mother’s journal somewhere in the abandoned Spacer’s Choice facilities. Of course, what you’ll actually find there is much bigger than a dusty old journal, so it’s up to you and the crew of the Unreliable to discover Gorgon’s secrets and decide the fate of this derelict asteroid.

While Peril on Gorgon offers a new Main Quest with multiple endings within the titular area of Gorgon, it’ll also see you visiting new portions of old locations like the Hullbreaker, Byzantium (which you’ll still have to sneak around if the board hates you), or even a station orbiting a perpetual stormy planet. Going in, I expected just a bit more of last years’ capitalist dystopian RPG and that’s essentially what I got, more or less. More in terms of the new places to explore, and less in terms of side quests and new gear. While the main quest is lengthy and offers several new dungeons, NPCs to talk to, and tons of new lore, I only encountered three side quests. I have only played through the DLC once so far, so this could change depending on choices made earlier in the game and your play style, but I found all three fairly underwhelming since they’re basically fetch quests. The stories of two of them are engaging enough to make you want to complete them, but I was hoping for something a bit more involved. 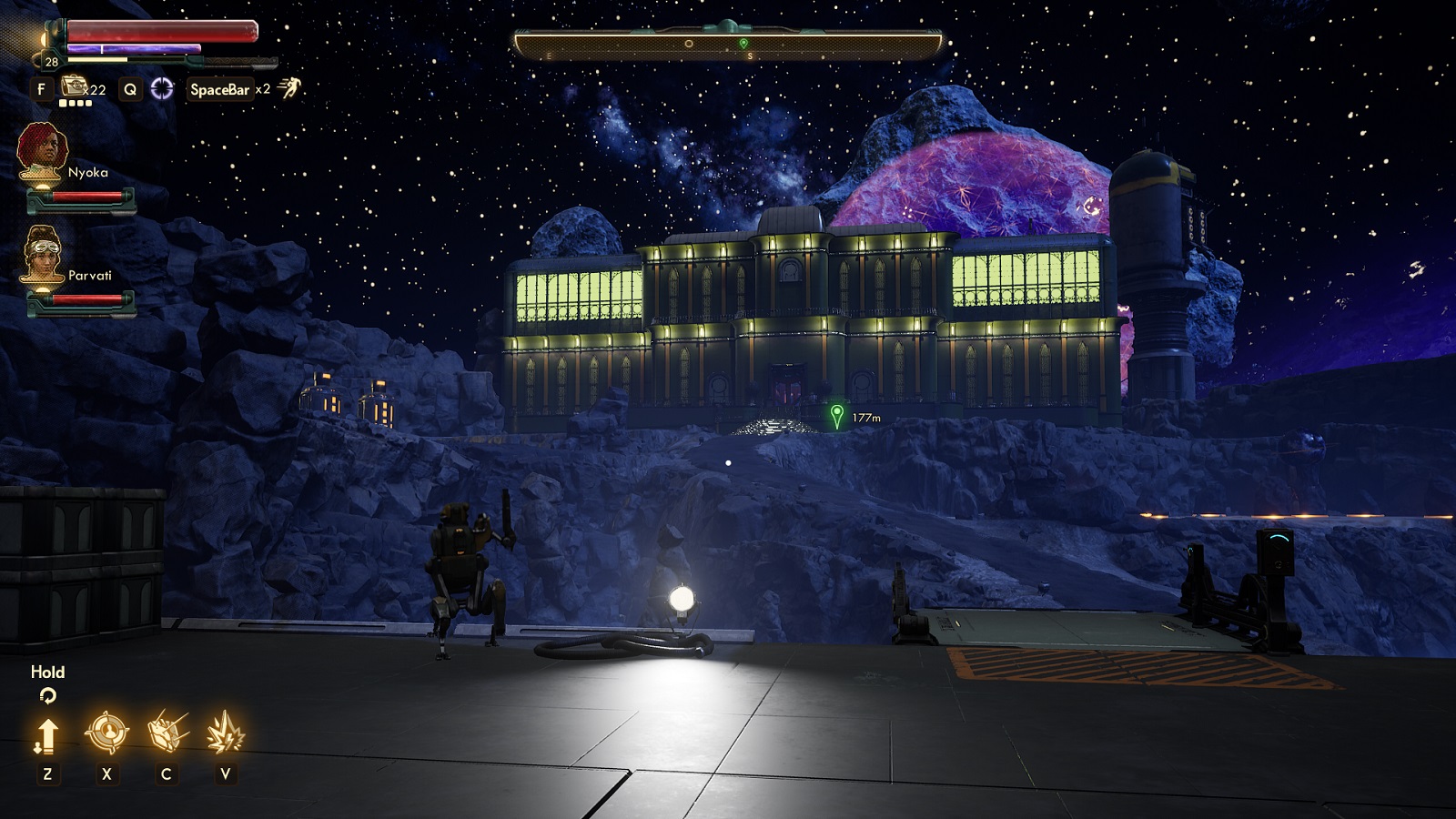 You will find a few new Science weapons as you explore Gorgon, but the rest of the equipment is standard fare, if a slightly higher level. The DLC is recommended for characters around level 30 or so, I went in at 29 with a character firmly against corporate rule and it was a decently challenging experience. If you’ve put 100 or so points into skills like hacking and lockpicking, you will be greatly rewarded here, though problems like stealth in combat being completely useless still persist from the base game. If you’ve put a bunch of points into skills like persuasion, however, you may find that being used much less here than the rest of the game. Overall, the content here feels like a natural extension of what leads up to it, just don’t expect anything new or unique in terms of gameplay.

The meat of this expansion is definitely the main quest, which does actually offer something very different from the base game. While it may start off seeming like a lighthearted satire of our current, real world, late-stage capitalism hellscape it slowly starts to take itself more seriously and your companions will even comment on the horrific things done on Gorgon in the name of profits instead of just taking it as normal. Of course the game is still hilarious, with very clever writing both in dialogue and on terminals, but it’s an interesting change of focus that will keep you hooked for its duration. Your companions have a lot to say and do, especially my personal favorite Parvati, so make sure to switch them up occasionally.

The Outer Worlds: Peril on Gorgon

Peril on Gorgon is simply more Outer Worlds. It feels like a natural addition and fits right in with the rest of the game, while offering a slightly different tone in terms of story. The main quest is lengthy and replayable, but there’s not much in terms of side quests or gear.

David is the kind of person to wear his heart on his sleeve. He can find positives in anything, like this is a person who loved Star Fox Zero to death. You’ll see him playing all kinds of games: AAAs, Indies, game jam games, games of all genres, and writing about them! Here. On this website. When not writing or playing games, you can find David making music, games, or enjoying a good book. David’s favorite games include NieR: Automata, Mother 3, and Gravity Rush.
Related Articles: The Outer Worlds: Peril on Gorgon
Share
Tweet
Share
Submit