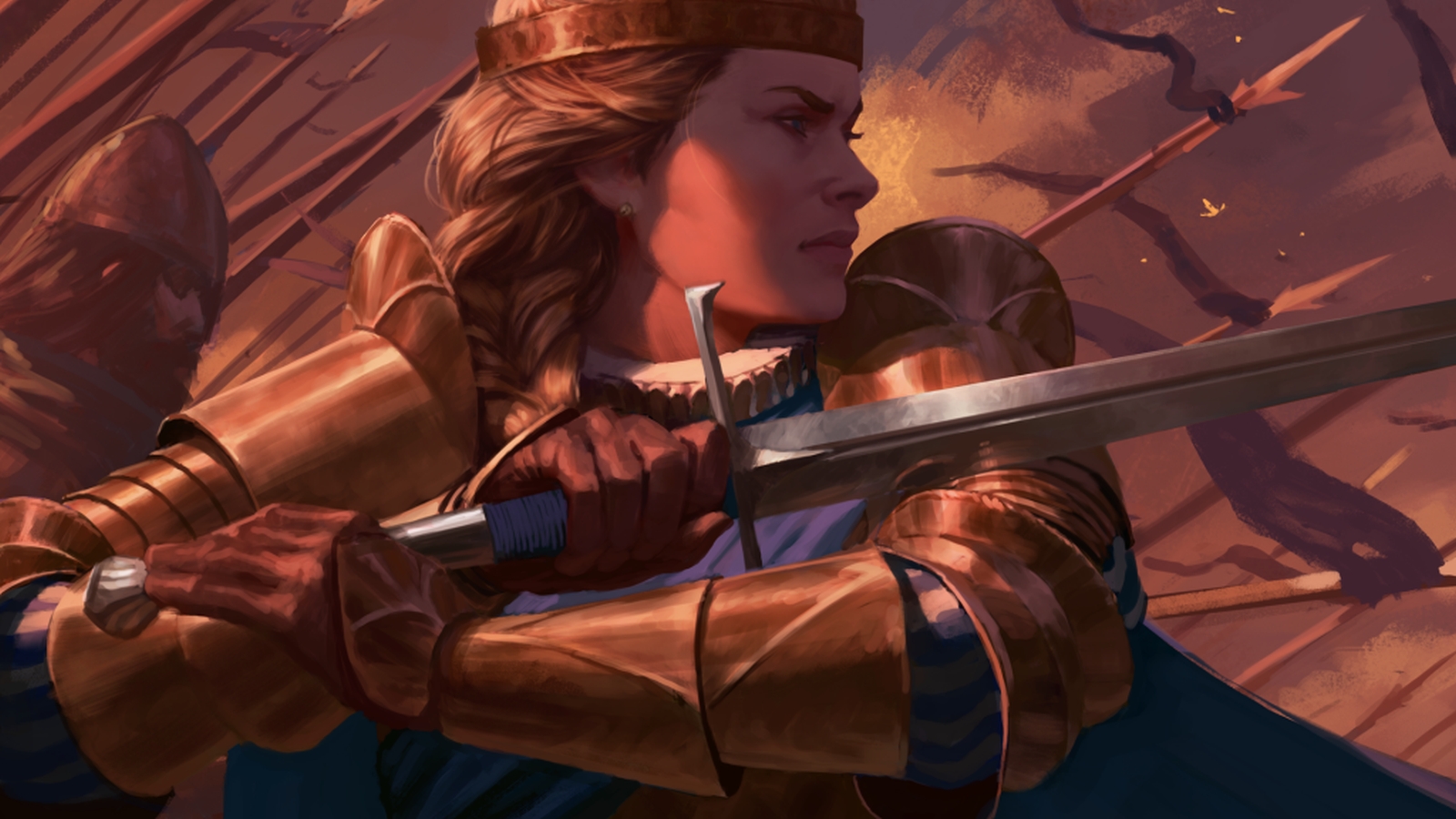 With The Witcher III: Wild Hunt Complete Edition (our review), Thronebreaker: The Witcher Tales freshly released on Nintendo Switch, and the amazing reception and renewal of The Witcher show on Netflix, it has never been a better time to be a Witcher fan. When Thronebreaker: The Witcher Tales came out on PC in October of 2018, I jumped into the game with both feet. I recognized the genius of how it turned the Gwent card game from The Witcher III on its head, morphing it into puzzles, and was excited to dive in. Unfortunately, I was also mired in a deluge of holiday reviews, so I put it into the backlog and unfortunately never got back to it, despite a glowing review from Travis Northup. I got another reminder that this was in my backlog when Travis took a look at the port when it came to Xbox One and PlayStation 4. While I was happy for the game to see a wider audience, I couldn’t help but want to take it on the go. Well, without warning or prior announcement (and even an announcement on Eurogamer to the contrary!) I got my wish — Thronebreaker has been released on the Nintendo Switch.

I don’t feel the need to rehash the review that Travis put together, other than to say that I agree completely that the gameplay, story, puzzles, and presentation are absolutely top notch. What I do want to focus on is the advantages this new platform brings, as well as a quick look at performance and some capture.

The first and most obvious strength of Crunching Koalas’ port (They’ve handled ports including Frost Punk, Gwent, Darkwood, This War of Mine, Lichtspeer, and more) is that it makes the entire experience portable. Hastily downloading the game on release day and zipping to the airport, I was so captivated by the game’s fantastic voice work, writing, and art style that I completely lost track of time during my four hour flight. I probably picked up a 1 star rating on my ride share because I simply couldn’t put the game down, ignoring my driver. Simply put, it’s that good.

More than just a mobile Gwent game, Thronebreaker is a 40 hour RPG-lite mixed with some collectable card game mechanics, but more than that it’s also a deep puzzle game. By way of example, you’ll face drowners near the water, of course, but instead of simply having more attack value at the end of the round like you would in Gwent, Thronebreaker asks you to beat them in a single round instead of a best-of-three approach. The drowners will attack any time their attack value is even, and will retreat to the rear line when their attack value is odd. Your objective is to slay them without losing a single soldier, and with a specific set of cards. These sorts of special deck puzzle mechanics are used for encounters ranging from monster battles to rock slides and everything in between. Coupled with a strong story, it keeps the game fresh from start to finish.

In terms of performance on the Switch, the game runs flawlessly on Nintendo’s console. Undocked or docked, I didn’t observe a single hitch in framerate. The game runs at 1080p resolution while docked, and 720p resolution while undocked, with both having a locked framerate of 30fps. With the smaller screen of the Switch, I would have expected that text would be hard to read, or that card details would be a challenge to see, but the game is sharp and scaled beautifully. As for docked performance, you can see that for yourself below:

While not quite as graphically sharp as the other console versions, undocked the differences are nearly imperceptible. Docked, the game still looks fantastic as you can see, with only a small bit of jagged and shining edges if you look closely.

If I had one complaint (and this is often the case for games ported to the Switch), it’s the complete lack of utility with the touch screen. In a card game that could support tapping for selection, the screen is ignored in favor of utilizing the same controls as the Xbox One and PlayStation 4. It’s not a barrier by any means, and is perhaps the tradeoff for a game that was supposedly never coming.

I am very happy to report that I only encountered one real difficulty with the game. During the tutorial there is a portion where you have to select a card to teach you how to craft. It’s not a bug, but the interface makes selection of the card somewhat unclear, leaving me stumped for a bit. Just when I thought I had tried everything, I found a thread from when PC players encountered this same issue — there is a duplicate card already in the center of the screen. Other than this UX/UI hiccup, I found the whole thing to be bug free. Admittedly, I still have a long way to go on my 40 hour journey, but so far so good — a marked improvement over its big brother console counterparts. Similarly, the load times are rather speedy, even when undocked.

This newest iteration of Thronebreaker is a welcome and unexpected treat, and truly at home in its portable format. Being able to tackle Queen Mave’s part in the Second Nilfgaardian War while on the go is well worth the slightest of tradeoffs in graphical quality. Even if you aren’t a CCG enthusiast, this is a must have for any Gwent battler or Witcher fan.

Ron Burke is the Editor in Chief for Gaming Trend. Currently living in Fort Worth, Texas, Ron is an old-school gamer who enjoys CRPGs, action/adventure, platformers, music games, and has recently gotten into tabletop gaming. Ron is also a fourth degree black belt, with a Master's rank in Matsumura Seito Shōrin-ryū, Moo Duk Kwan Tang Soo Do, Universal Tang Soo Do Alliance, and International Tang Soo Do Federation. He also holds ranks in several other styles in his search to be a well-rounded fighter. Ron has been married to Gaming Trend Editor, Laura Burke, for 21 years. They have three dogs - Pazuzu (Irish Terrier), Atë, and Calliope (both Australian Kelpie/Pit Bull mixes).
Related Articles: Let's Play, Thronebreaker: The Witcher Tales
Share
Tweet
Share
Submit