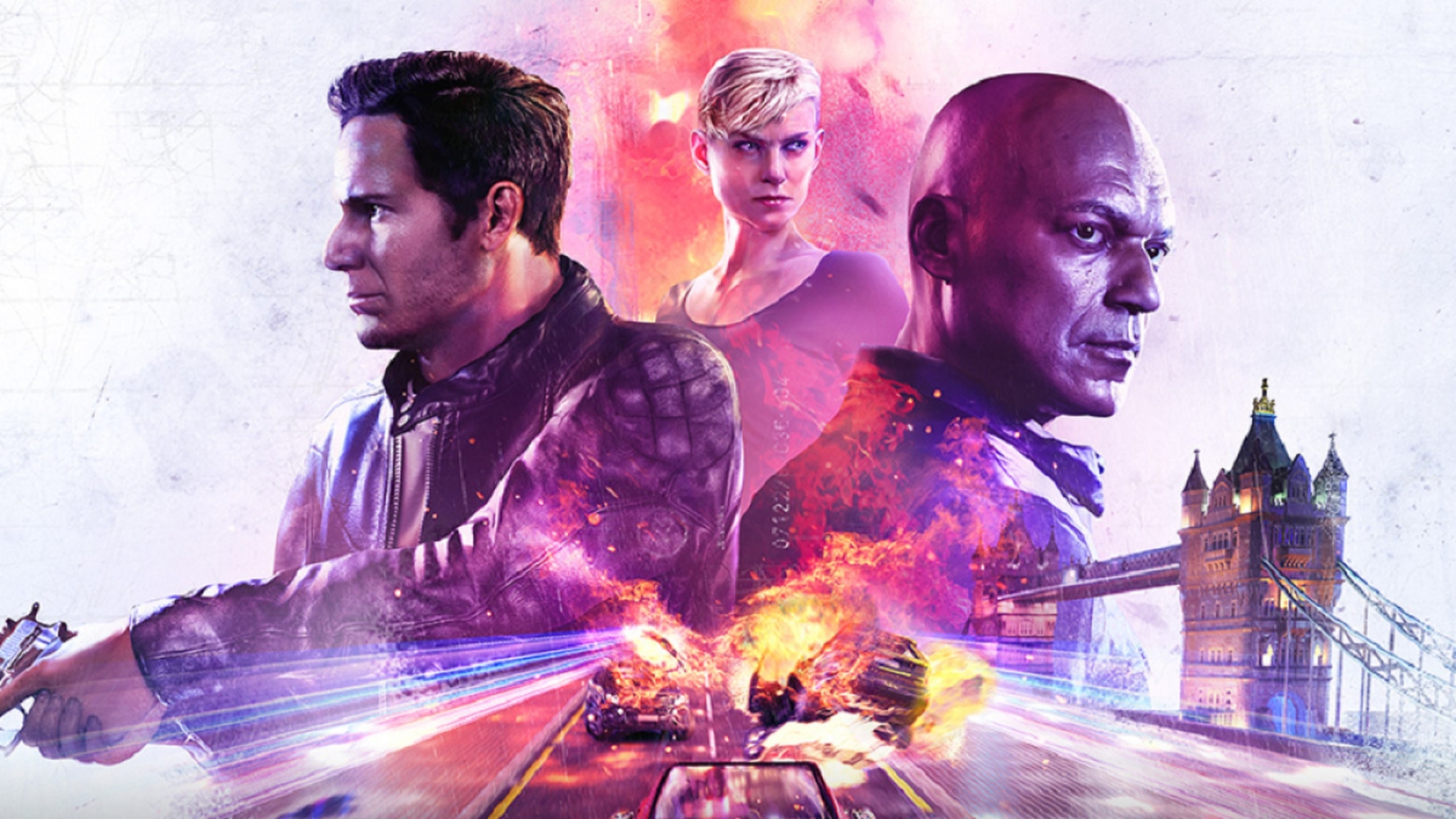 I have a PlayStation VR, HTC Vive, and an Oculus Rift. I guess what I’m saying is that I’m a bit of a VR fan. Out of the three, the PSVR has been the most lacking in fully-baked experiences. Don’t get me wrong, there are still plenty of enjoyable games on the platform, including Moss, Beat Saber, Creed: Rise to Glory, The Elder Scrolls V: Skyrim, Firewall: Zero Hour, Star Trek: Bridge Crew, Superhot VR, Resident Evil 7, and Astro Bot Rescue Mission, just to name a few. It’s when a Sony studio steps up to the plate that I sit up and notice most. Sony London Studios steps up to the VR plate for an entirely new IP, and truth be told, it may be the best effort for the PlayStation VR thus far.

Blood & Truth tells the story of the Marks family — crime-connected protagonists who have recently lost their patriarch. Unfortunately, the other crime families have decided that this would be the most opportune time to flex their muscle in a takeover attempt. It pushes the ex-Army special forces protagonist, Ryan Marks, to rejoin the family stock and trade to put an end to their takeover attempt. It provides a good excuse for some good run-and-gun gameplay with the story being told in medias res with flashbacks and anecdotes.

The voice acting in Blood & Truth is absolutely fantastic. Felix Scott (a veteran of many hard-boiled British dramas) plays Ryan Marks, the game’s aforementioned protagonist, Steven Hartley (imdb) delivers as over-the-top antagonist, and Jason Cheater is highly punchable (imdb) as Keach, just to name a few, and all of them are excellent. It elevates the hard-boiled Brit crime drama above its by-the-numbers writing.

The game clocks in at a very satisfying eight or so hours of pulse-pounding gunplay across the 19 missions of Blood & Truth, but don’t expect all of it to be battle. The game takes a moment of pause to give you a chance to interact with the world. One early example is a simple ride from the airport in which your brother drives while you fiddle with the air vents, flip the sun visor, play with the radio, and even open the door on the moving car. It’s great to have toys to play with, but the interaction doesn’t end when combat begins.

Frequently in your missions you’ll have the opportunity to set explosives, climb ladders, scurry through air vents, fly a drone, pull fuses out of panels, clip wires, and more, breaking up the gunplay with interactive moments. You’ll even find vape pens (throw one out of the moving car for a fun moment) to smoke, if that’s your thing. Blood & Truth also delivers the absolute best lock picking interaction I’ve seen in a VR game to date. Opening your handy bag of tricks, you’ll grab a lock pick in each hand and turn them until you get both into position to pop the tumbler. 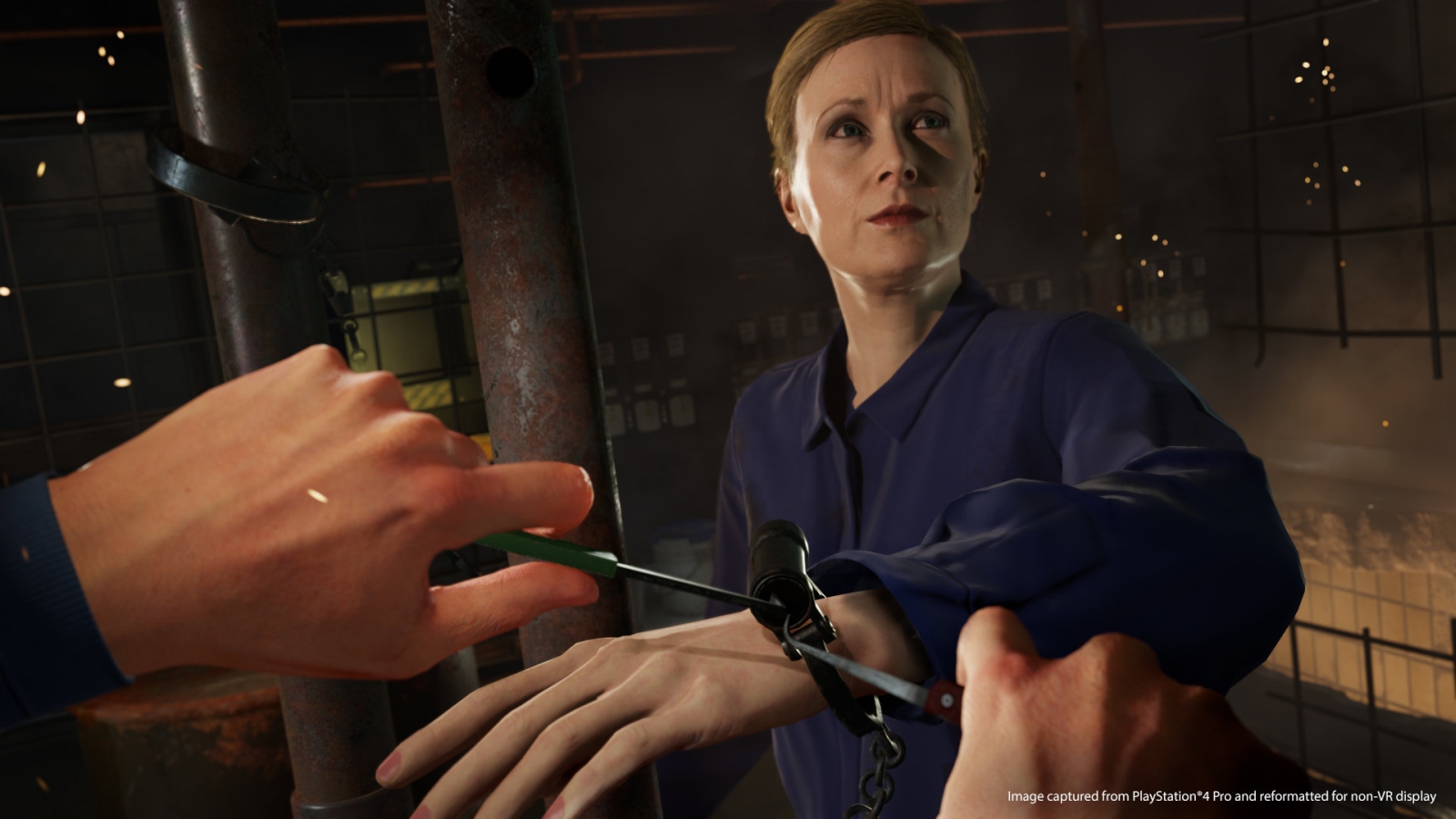 There are some occasional wobbles that break the very tight immersion in Blood & Truth. While I encountered it less than in other titles thanks to some solid calibration, there were moments where I was meant to maintain grip on a wall ledge only to have the camera lose track of my Move controllers, dropping me to my death. Similarly, you can thumbs-forward two-hand grip nearly every weapon in the game, which makes for some awesome pressed-palm aiming or reinforced machine gun fun, but sometimes the PSVR doesn’t quite nail the angle you are trying to use to look through your ACOG scope. Thankfully, these are infrequent enough to be a minor inconvenience, but immersion-busting just the same.

Speaking of gunplay, Blood & Truth has some of the best I’ve seen on any VR platform, and that comes courtesy of some excellent sleight of hand by the developer. The action is usually fronted by some exposition to tell you why you are there, and then you are faced forward and set loose on your enemies. You’ll have a few target locations to move to, and then you can usually strafe left and right to a limited degree. Once you’ve taken out a few enemies, you’ll have a chance to move up and tackle the next wave. It sounds incredibly boring on paper, but in action it’s an absolute thrillride. This approach lets you focus on effective cover, taking out enemies, and ensures you stay face-forward where the PSVR camera can keep a good eye on your movements.

You’ll pick up a variety of weapons in Blood & Truth, including a pistol, machine guns, sniper rifles, and a very satisfying pump action shotgun. By finding hidden collectables (bullseyes you’ll shoot in each scene, vape pens, and desk toys) you’ll have a chance to upgrade each weapon with suppressors, laser sights, paint, and more. It encourages replay of the levels, and the newest patch for the game brings New Game+ to give players another bite at the apple to find those hidden targets.

VR games has an advantage over their flat-screen counterparts in that they can deliver experiences that would be impossible or clunky on a controller. Swinging a bat is a button press on a DualShock, but doing it with a Move controller is an engaging and visceral experience. In Blood & Truth this manifests as dual wielding pistols, throwing a magazine in the air and catching it in the pistol well, fanning the hammer on your revolver, pulling the pin on a grenade with your teeth, racking a shell in your shotgun, or pistol whipping a nearby foe just because you can, just to scratch the surface. If an action game’s objective is to make you feel like a badass, Blood & Truth delivers in a big way.

One of my favorite interactive moments is picking locks and bypassing security. Pulling a pair of lock picks from a bag, you’ll use one hand to slowly pull the spring bolt into the right position, and the second pick to bump the pin into the open position. Similarly, you’ll pull out your screwdriver and spin out screws to open a breaker panel, snipping wires, removing fuses, and otherwise tinkering with internals to open doors, bypass electric fences, and the like. It’s all very tactile and it breaks up the run and gun action. 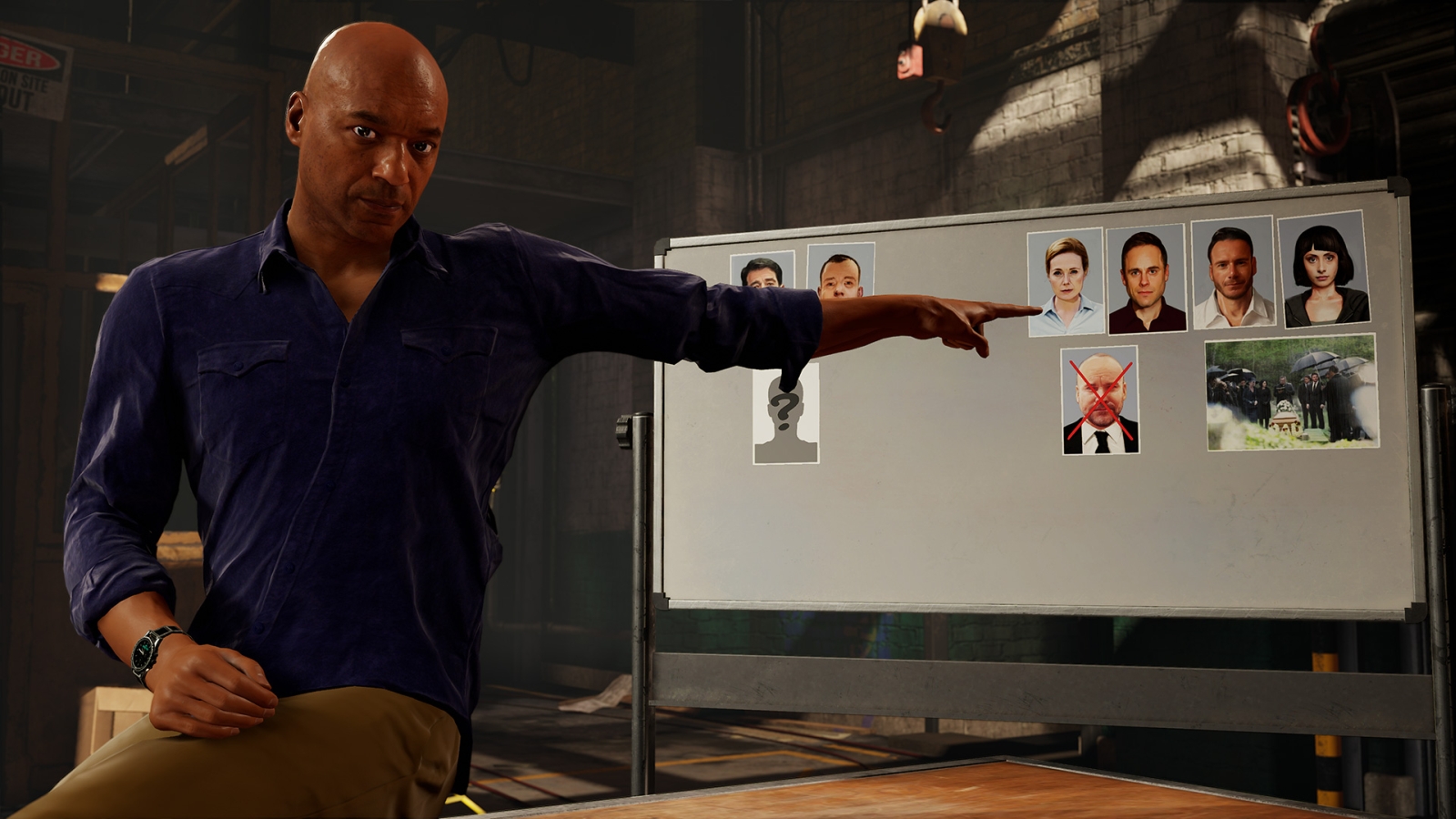 “Look here, dummy. This is your mom. MOM. Pay attention…c’mon…”

Blood & Truth is a linear game with limited movement fields, but the transitions are natural motion. This gave me a bit of pause as I suffer from motion sickness in VR. The game offers up a “Comfort Mode” for those who don’t have a strong “VR callus”, providing blinders that restrict view a bit. By giving the player a smaller aperture and something stationary to focus on, queasy players can still enjoy the fun. Surprisingly, I found that I didn’t need the Comfort Mode — a testament to just how well SIE London has tuned their newest title.

Visually, Blood & Truth is easily one of the best games on any platform. Most games on PSVR look like a step down from what something like the Vive or Rift can deliver, but that’s not the case here. The motion capture on the major actors is top shelf, and that translates nicely into the rest of the game’s visuals. Environments are expansive and well-populated with trash, graffiti, and enemies. In point of fact, it’s that last one that presents the only visual burr on the whole thing — enemies are somewhat cookie cutter and generic, so you’ll feel like you’ve killed the same half dozen baddies a few times. If you think of them as recurring cockney zombies, that makes it more fun.

From the compelling and well-acted story to its engaging combat, SIE London Studios has delivered one of the best VR experiences on Sony’s platform. Like a hard-boiled blend of John Woo and any good London heist movie, Blood & Truth stands tall as one of the best PSVR games to date.

Ron Burke is the Editor in Chief for Gaming Trend. Currently living in Fort Worth, Texas, Ron is an old-school gamer who enjoys CRPGs, action/adventure, platformers, music games, and has recently gotten into tabletop gaming. Ron is also a fourth degree black belt, with a Master's rank in Matsumura Seito Shōrin-ryū, Moo Duk Kwan Tang Soo Do, Universal Tang Soo Do Alliance, and International Tang Soo Do Federation. He also holds ranks in several other styles in his search to be a well-rounded fighter. Ron has been married to Gaming Trend Editor, Laura Burke, for 21 years. They have three dogs - Pazuzu (Irish Terrier), Atë, and Calliope (both Australian Kelpie/Pit Bull mixes).
Related Articles: Blood & Truth, Let's Play, VR
Share
Tweet
Share
Submit