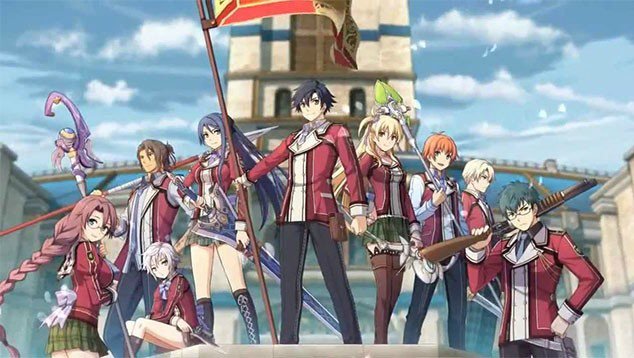 The Legend of Heroes: Trails of Cold Steel has proven to be a very solid offshoot of the JRPG series so far. I played both of the games on the PlayStation Vita and loved them, especially the original. However, that was only two short years ago, and now already we see the game being ported to the PC. Is a another version of this game worth it to acquire for someone who has already enjoyed it?

That question is answered with a resounding “no.” There is very little here in this PC re-release that will make another purchase of this title necessary or even justifiable. The game itself has a lot of really great qualities that make it a charming addition to anyone’s PC collection, however, and anyone unable to play the game before now has a chance to experience what they’ve been missing out.

Trails of Cold Steel is a story about class struggles, teenage angst, masking your true self, and killing things along the way. An academy for the most gifted young people that has always operated by splitting students up by class is trying a new method. The class based splits still exist, but a new third grouping of students is created, dubbed “Class VII”, mixing up the affluent and the commoner with an emphasis  on pure aptitude.

The main character, Rean Schwarzer, is a nervous and very polite young man who has several awkward moments with his new peers. In my original review, I was harshly critical of Rean as just another cliche JRPG protagonist.

While the cliche label still applies, the second time around I see Rean as more of the do-gooder all-American type, free of impure thought or action. He isn’t awkward because he wants to have sex with everything that moves, but rather because the idea of anything sexual being his motive is terrifying to him. He’s a boring lead amongst a group of otherwise somewhat engaging characters in a decently told story.

The reason that the game stands out so much though is that overall, it feels very much like a Super Nintendo RPG. The story is of a group of people with all different skill sets coming together, it’s set in a very agrarian pseudo-futuristic middle ages timeline, you spend a lot of time talking to people in towns, all travel is basically on foot between points A and B, and the battle system is very basic and turn-based, with a passive style.

The influence of a series like Ys, the signature Falcom franchise, is very evident throughout, and I think that definitely drives the SNES-era feel even further. It’s nice, because this is a modern JRPG for all intents and purposes, one that feels like an overlay onto a template that is well-loved by fans. The flow of the game between battles, the look and feel of the characters, and largely the story’s tone all fit together to enact this sort of illusion.

Battles are turn-based as I mentioned above, and are very basic endeavors. You have characters who are linked together, and you see that link on the map. If they are close together, or in specific formations when one character attacks, the other will also join in for a special attack.

There is quite a bit more to this game than the battles themselves, and the use of the school dynamic drives both story and off-time tasks through the use of “off-days.” Off-days will allow you to bond with the other characters, as well as complete some tasks that you may not have had time to do while the story-driven “on-days” are active. This can include fishing, cooking, and the crafting of new items for your party. I don’t like being restricted in things I can and can’t do, but I do like that the game creatively splits the time up for you.

If you’re looking for something new from  2015’s North American debut, then there isn’t much for you here. This PC re-release is basically just a carbon copy of the already existing game on the PlayStation Vita and PS3. Anyone who hasn’t played the game is in for a real treat, but for any existing owner of the game, there just is not much in terms of changes, at all, that would make this a purchase you have to commit to.

The PC does offer some options for upscaling the graphics based on your machine’s capabilities. I was able to play the game originally on a very low-spec machine, one that could barely run any games whatsoever, and this game was able to operate pretty smoothly at a decent looking quality. However, the same game ran on just a basic gaming laptop computer presents itself with crisp and clear graphics. The upscaling of the look may be the PC version’s only big benefit, and this is just more a general benefit of all PC games to a certain extent.

Trails of Cold Steel doesn’t lack for a pretty atmosphere throughout, and I enjoy the design elements quite a bit regardless of graphic quality. The music isn’t anything mind-blowing, but it is still Falcom quality goodness.

The Legend of Heroes: Trails of Cold Steel

The Legend of Heroes: Trails of Cold Steel has made its way to PC, but has made no changes to differentiate itself. This game overall is one that has definitely aged well and has grown on me as time goes by, and is a quality JRPG that any fan of the genre will enjoy. However, this re-release provides no incentive whatsoever for someone wants to double dip.

Patrick Rost has been with Gaming Trend since 2013. At first focused on sports coverage, Patrick has gone on to cover a wide range of games and other products for the website. Outside of Gaming Trend, Patrick writes and records music, grinds perpetually in Elder Scrolls Online (PS4), and lives day to day with his two dogs, Bob and Stella.
Related Articles: The Legend of Heroes: Trails of Cold Steel
Share
Tweet
Share
Submit