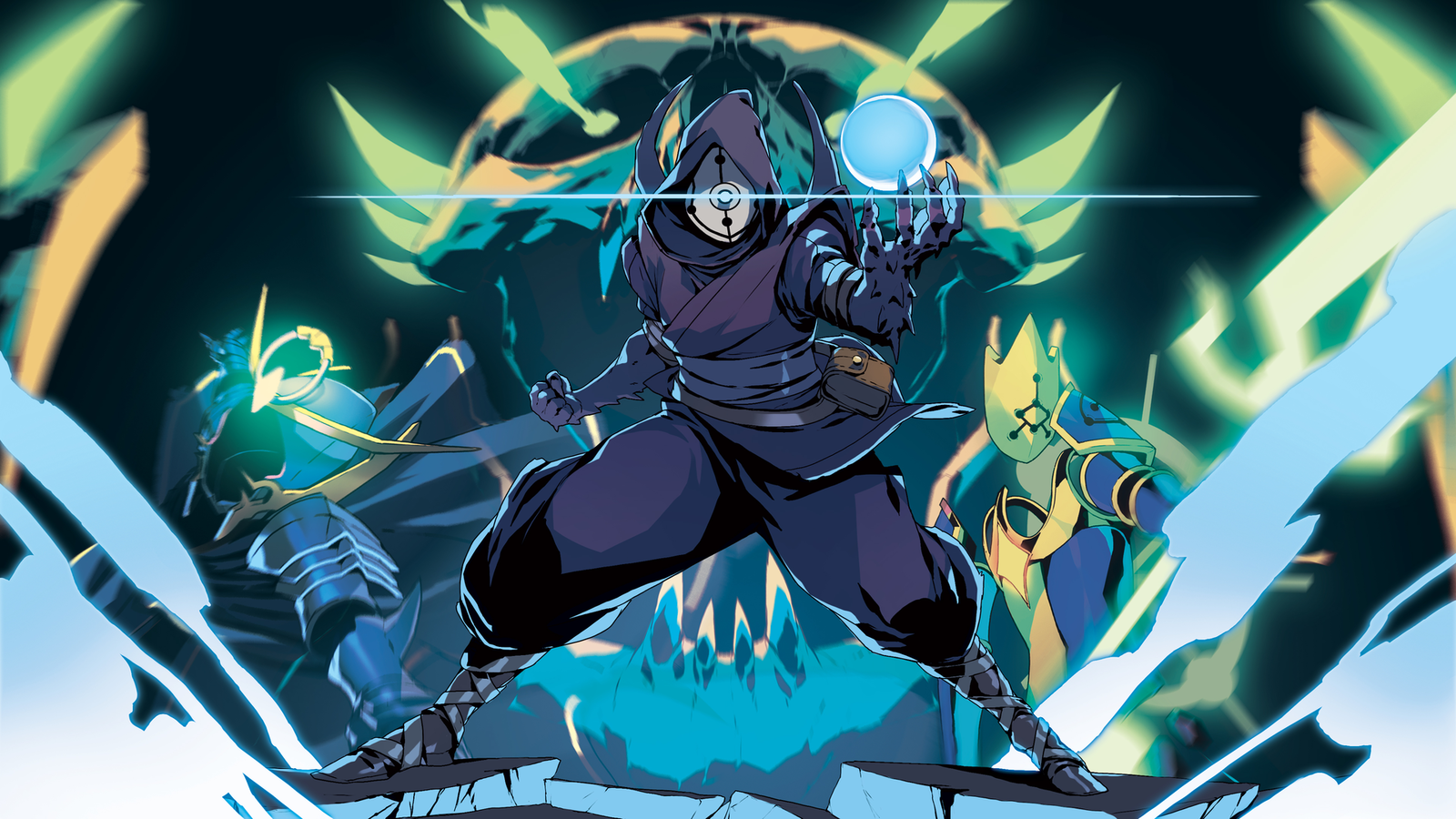 Godstrike is a twin-stick bullethell that is basically just a boss rush with a little bit of a plot.

Godstrike offers four modes to experience the game, which are: Story, Arena, Daily challenge and Challenge. Whichever you might pick, the gameplay will always be the same. You aim with the right stick, move with the left, and shoot the boss until his health bars, plural, are gone. You could say that it sounds simple, and it is, but Godstrike offers a new mechanic to the genre that I personally haven’t seen before, time as both currency to how many abilities you can use, and also as a health bar. Whenever you find yourself in your little hub area,  you can choose to carry four abilities and four passive abilities. Passive abilities don’t retract from your time, but usable abilities will, giving Godstrike an air of strategy. Since many of the bosses have gigantic health bars, focusing on DPS, (damage per second), is a solid strategy, but the downside to it is that you’ll have less time, meaning, you’ll have less health. Each time you get hit, your timer will go down a bit, but it also goes down naturally. When the timer reaches zero, you get one last hit before you perish. That being said, the abilities that increase your damage may take away thirty valuable seconds and trust me when I tell you that each second counts in this game. Getting hit is easy, some of the attacks are very hard to avoid, and some fights go for so long it becomes a stamina test for how much you can avoid, shoot, and manage your time at the same time. It’s not an easy game. 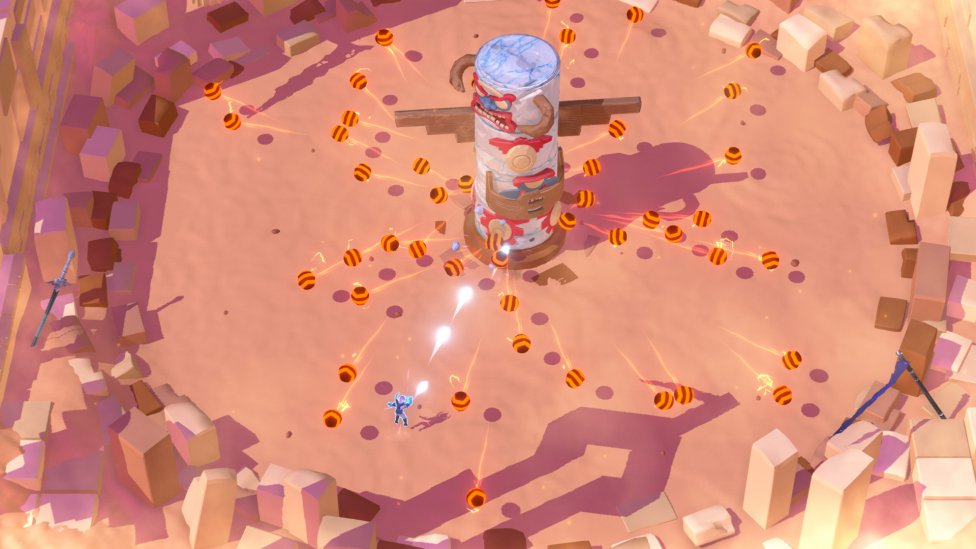 The game modes are more of a novelty than anything else. The story mode is the one you want to experience first. The game will show you a long cutscene of how a very powerful creature gave life to the world you inhabit, but by doing that, powerful forces came into play to try and gather said power to bend the world to their own will. You are the herald Talaal that will stop such a thing from happening. Not a very compelling story, but this game doesn’t need a story, it needs good bosses and in that it delivers in spades. You won’t be drawn because you want to know what happens, but because of the satisfaction of beating a boss, and some of them are very challenging. In story mode, you will have to take down every boss to not only unlock the next one, but to also unlock new passive abilities, abilities, and to add more time to your clock. The progressions feels fair, and it is well paced.

The arena is where you can go practice or re-experience a boss. All of the bosses are unlocked, and all of the abilities are as well so you can experiment here for as long as you want. Moreover, the daily challenge and the challenge modes offer you a task which in the case of the daily challenge, well, is daily and you can only try once before you have to wait till tomorrow for a new one. The challenge is much of the same with the caveat that there’s gonna be more than one boss, but you can try again if you fail. 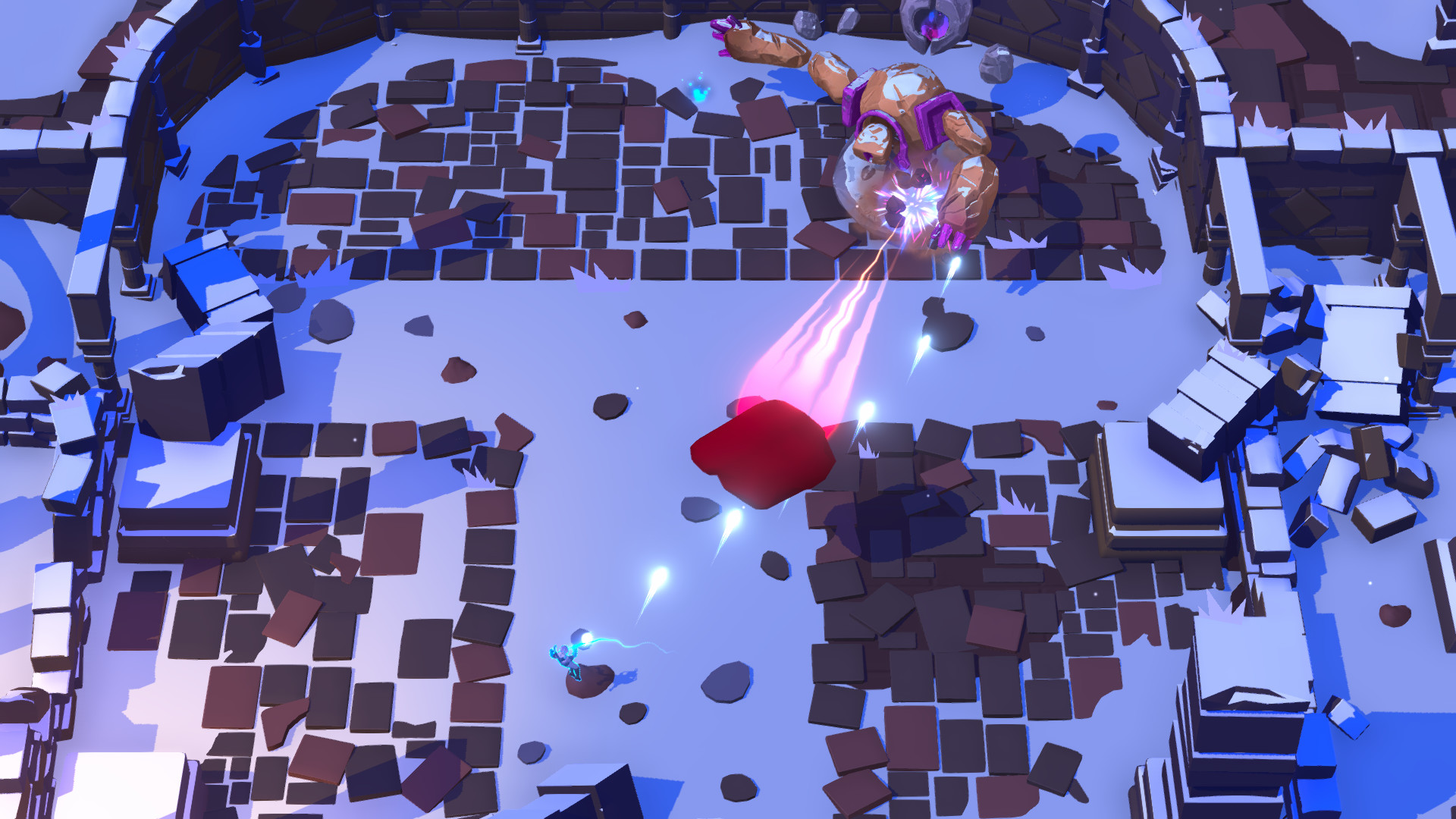 One thing that stands out greatly is the presentation of it. The graphics are very minimalistic in their design, even cartoonish at times, but it gives the game some personality. Some of the designs admittedly won’t be the most original designs you’ll ever see, and some are straight up confusing at times, but overall, the game looks fantastic. The background changes with each boss, and I think OP Games did a great job managing the light and the shades to make it more of a believable experience, if you will.

Lastly, I think the sound design was a hit and a miss. The music by itself is very enthralling, but when you are actually in a fight, somehow it looses itself in the chaos of the game. Stops having an impact. I noticed this when I searched for the music on Spotify and kept listening to it while I walked, but once I played the game, it never had the same impact. However, the sounds of the abilities, the sound queues of the attacks, movements and shifts are just very well done. Honestly, I think the whole combination of how it looks and how it sounds, it makes me wonder if it even needed music at all. 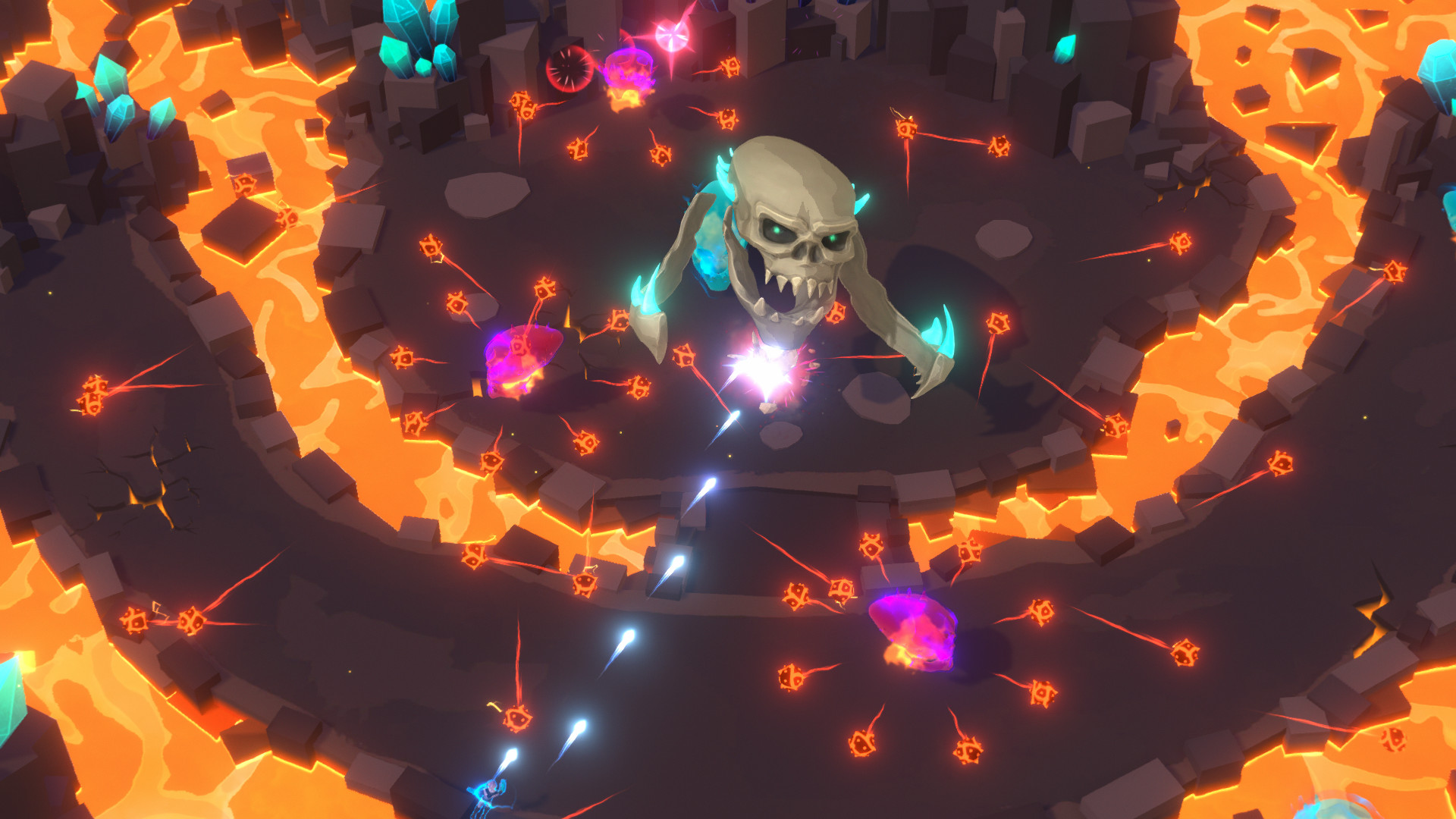 I think the game is fun, I think it has a solid foundation for what it wants to do, and I think that if you like a challenging bullet-hell, this is most definitely the game for you. That being said, the game struggles to balance the health bar of the bosses to their damage output, to the sometimes seemingly sporadic attack patterns, the cost of abilities, and just basically their main mechanic. I think they need to revalue the toughness of the game. I think that a game this pretty will caught the attention of new-comers, and they might not be able to handle how hard it is to down a single health bar from a boss with four health bars whilst also avoiding a screen filled with neon lights. I think it may be frustrating to a degree to feel like the game is working against you in that regard. I also believe that if they want to commit to a story, they really need to own that, and make the music something as impactful as the gameplay itself or it’ll be overshadowed by it.

Godstrike will test your patience and your abilities with a controller. When at its best, this game is fully creative, fun, and all around a good time, but not one game is perfect, and this game will show its cracks from time to time.

A young blood from Mexico City trying to unravel the mysteries of the art of a well crafted review. From the mystical land of India, to the modern city of Chicago, he has traveled the world in pursuit of such knowledge.
Related Articles: Godstrike
Share
Tweet
Share
Submit