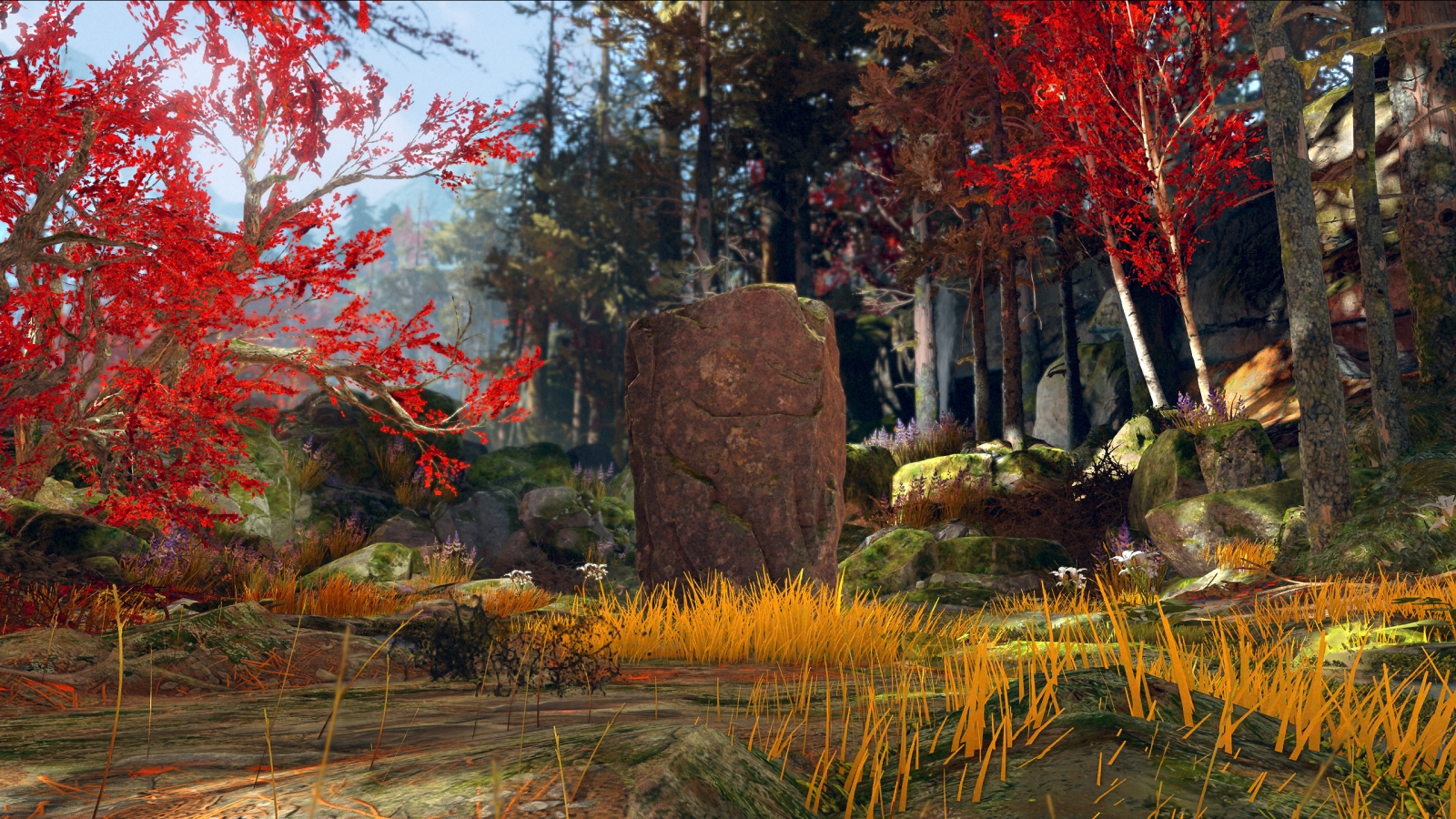 2018’s God of War became an instant classic on PS4. This soft reboot/not actually a reboot reintroduced players to Kratos – the now much older God of War who has remarried, had another child, and moved far to the north since we last saw him. Throughout his journey to take his wife’s ashes to the highest peak in the realms, he actually grows as a person and begins to be more emotionally open to his son, Atreaus. He certainly won’t be winning any father of the year awards, except maybe most improved, but it’s still a great story of growing past toxic masculinity. Much like Days Gone and Horizon Zero Dawn, God of War will arrive soon on PC through Steam. Let’s put it through its paces and see if this port is worthy of the gods.

First off, my PC is running on Windows 11 with an AMD Ryzen 7 3700X 8-Core Processor, 16 GB of RAM, and a GeForce RTX 3060 TI. If you, like me, don’t fully understand what all that means, basically my PC is pretty beefy but not the best out there. I also recently received a Gigabyte monitor with a resolution of 2560x1440 capable of 170 Hz and HDR, so unless otherwise specified that is my target resolution and framerate for God of War. 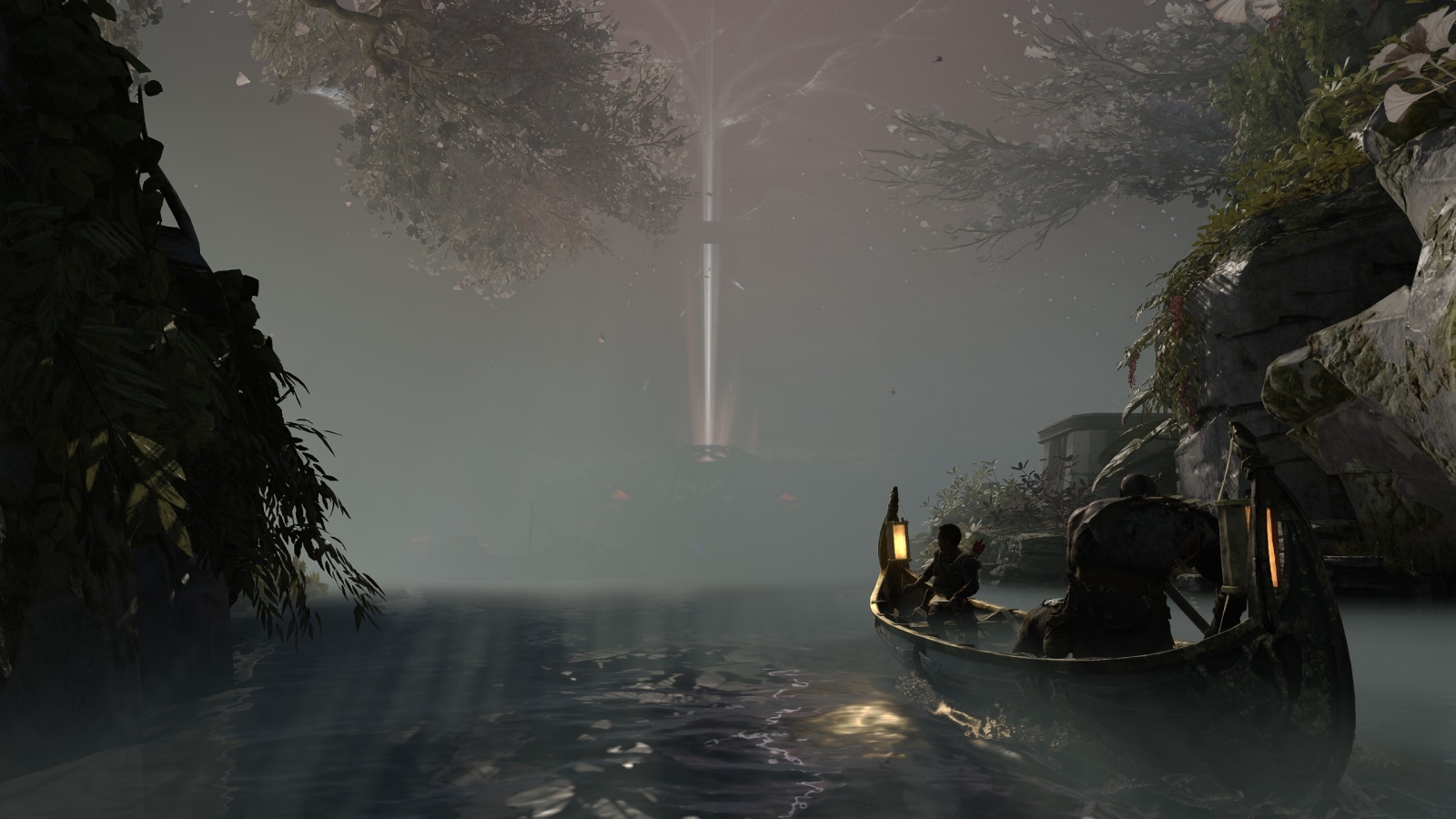 Diving into the display settings, the first thing I noticed is that there is no Fullscreen option, only Borderless and Windowed. This is very strange given that I was under the impression that most games run best in Fullscreen, but borderless works just fine here. However, this comes with the caveat that you cannot adjust the output resolution to be higher than your monitor’s resolution. You may be able to change this by editing the .ini file or through Nvidia’s tools, but in game you can’t.

Speaking of resolutions, a big feature of this port are the DLSS and FidelityFX Super Resolution options. Essentially, these use AI technology to allow your GPU to render the game at a lower resolution, then scale it back up to your desired resolution at an even higher quality using far fewer resources. As Editor in Chief Ron Burke likes to say: “It’s literally free frames”. God of War has four presets for DLSS (which is what I’m using, given that FidelityFX is for AMD cards): Performance, Ultra Performance, Balanced, and Quality. According to the developers, each is suited for different resolutions – Ultra Performance is best for 8K, Performance for 4K, Balanced for 1440p, and Quality for 1080p. Of course, you can use any for whatever you want, and it is worth noting that the game does not support arbitrary resolutions for output, only multiples of 1280x720. Unless you’re going for an ultrawide aspect ratio, of which the options are 16:9, 16:10, and 21:9.

With Resolution Scaling enabled, your Render Resolution is obviously differ from your Output Resolution, but in all honesty I find it looks even better with this feature no matter the preset. Framerates, however, are a bit of a different story. While you can set your own FPS limit by enabling Vsync, choosing one from a minimum of 30 and maximum of 120, or turning off the limit entirely, the game seems to like to stick around the 60 fps mark. Even when adjusting the Texture and Model Quality, Anisotropic Filter, Shadows, Reflections, Atmospherics, and Ambient Occlusion all to their lowest settings I can’t seem to break that 60 barrier. After restarting the game exactly three times, however, I’m back up in the 100s. If I had to guess, this could be an issue that occurs on startup, seeing as Ron also repeatedly crashes when opening the game with a 4K monitor plugged in, so hopefully this odd bug will be squashed in an update.
Aside from that, the game runs buttery smooth and looks great doing it. Using the Balanced DLSS preset the game usually hovers around 70 to 100 frames per second possibly dipping into the 60s when the lighting gets extra gorgeous or during hectic battles. However, in more intense areas like Alfehim I tended to trend more towards the high 40s and mid 50s – at least at the entrance, after that I returned to the aforementioned average.

To further improve game feel, God of War also supports Nvidia Reflex which reduces system latency to eliminate as much lag between your button press and Kratos’ actions as much as possible. While I can’t speak on the technology itself, the game does still feel great to play. My first experience with the game was on the PS4 Pro the game came bundled with using the performance mode, and it feels just as responsive if not moreso. I do still find the camera a bit claustrophobic, the option to increase field of view like Horizon Zero Dawn would have been nice, but you do get used to it over time. 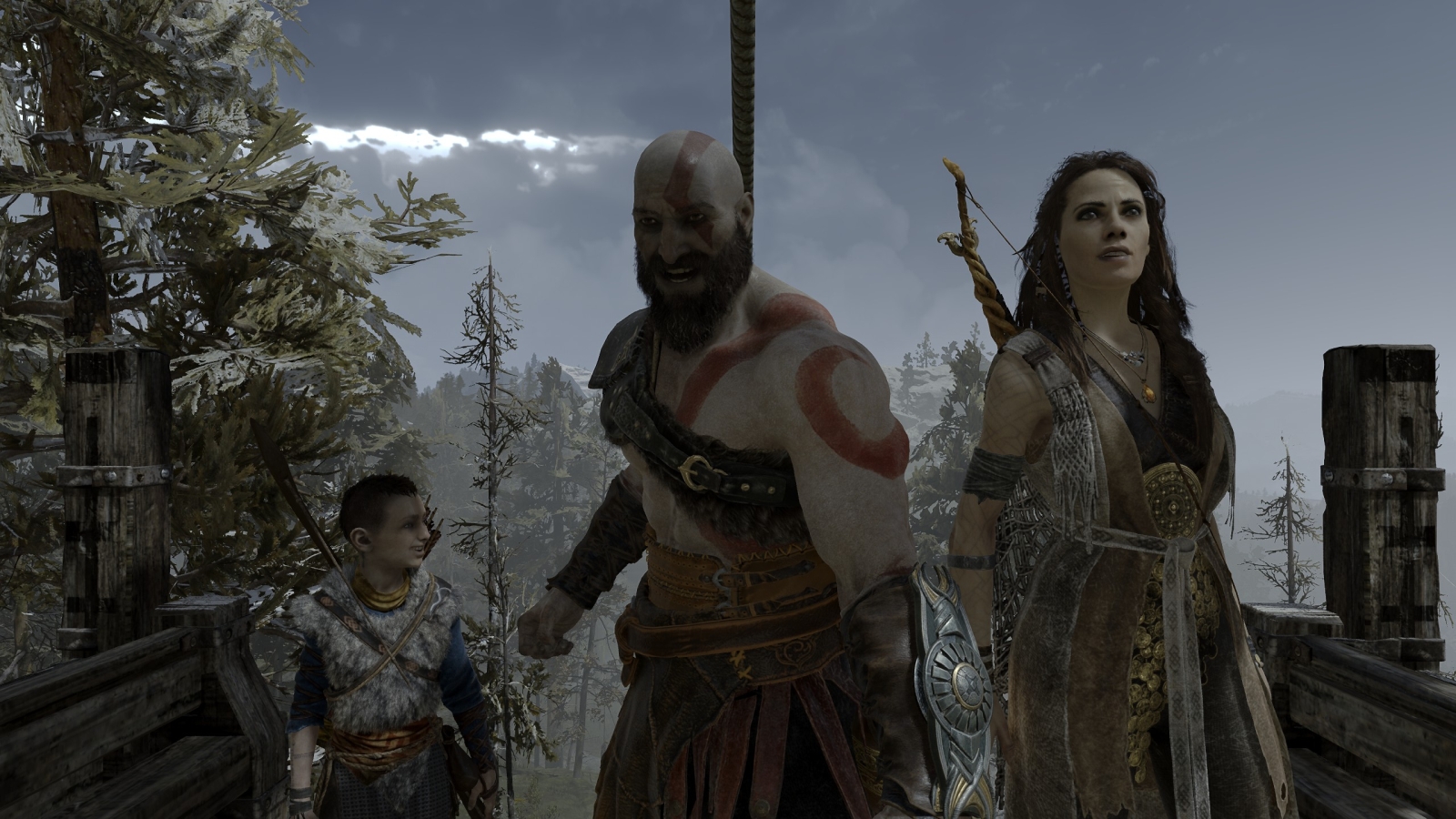 If you’ve read any of my PC reviews, you’ll know that one of my pet peeves is when a game doesn’t support the mouse cursor for stuff like menu navigation. Thankfully, God of War lets you swap between input styles seamlessly and fully customize the mouse and keyboard controls – it’ll even swap between Xbox and PlayStation style button prompts (but not Switch, if you were curious). The default control scheme for keyboard and mouse is a bit weird, but so far I’ve been using controller for normal gameplay and just the mouse for menus. While you can’t fully rebind the controller configuration in-game, there are enough presets and accessibility options that most should be able to find a comfortable way to play. For example, I prefer to use X and Y for attacks and change button mashing quick time events to holds.

Finally, let’s talk audio. I’m not entirely sure if this is the correct term, but God of War seems to have 3D audio ready right out of the box. Again, this could just be some very good stereo or surround sound, but plug in a pair of headphones and the audio gains a bit of depth to it. Anyone talking sounds like their voice is coming from where they are relative to your camera and little UI noises like abilities coming off cooldown come from below you and to the left. Aside from that, the sound design here was already impeccable, which is a must given the relative scarcity of music. Attacks sound appropriately weighty and various audio cues make up for the very close camera.

God of War on PC does have a few strange issues, but it is the best way to play the game if your PC is powerful enough. DLSS does a great job at reducing the load, but if you want an increase in quality over the PS5 version you will need a rig capable of handling it.

David is the kind of person to wear his heart on his sleeve. He can find positives in anything, like this is a person who loved Star Fox Zero to death. You’ll see him playing all kinds of games: AAAs, Indies, game jam games, games of all genres, and writing about them! Here. On this website. When not writing or playing games, you can find David making music, games, or enjoying a good book. David’s favorite games include NieR: Automata, Mother 3, and Gravity Rush.
Related Articles: God of War
Share
Tweet
Share
Submit