A new era of Ghostbusting has commenced, and new recruits have arrived at the firehouse for training. Taking up a proton pack of their own, players will customize their character and loadouts to protect the land of the living against ghostly infestations.

The meat of the game takes place in co-op, where I was able to team up with three other Ghostbusters to gear up for the haunt. The objectives of the co-op team are to keep the haunt under control by closing ghost rifts, calming civilians, and of course, busting the ghost. The Ghostbusters have an arsenal of tools at their disposal, including the trusty proton pack, particle thrower, P.K.E. Meter (psychokinetic energy), and ghost trap. Each of these gadgets can be upgraded and customized to fit your playstyle, on top of unlockable secondary gear like radar pucks or ecto-vision goggles to round out your loadout. I preferred tracking down the ghost quickly, so I tailored my loadout to be nimble and fast with instant activation ghost traps, lightweight proton pack materials and a grappling hook to reach elevated areas. I enjoyed tuning my loadout to become the ultimate ghost hunting machine, and there was a lot more here to explore than I would have initially expected. 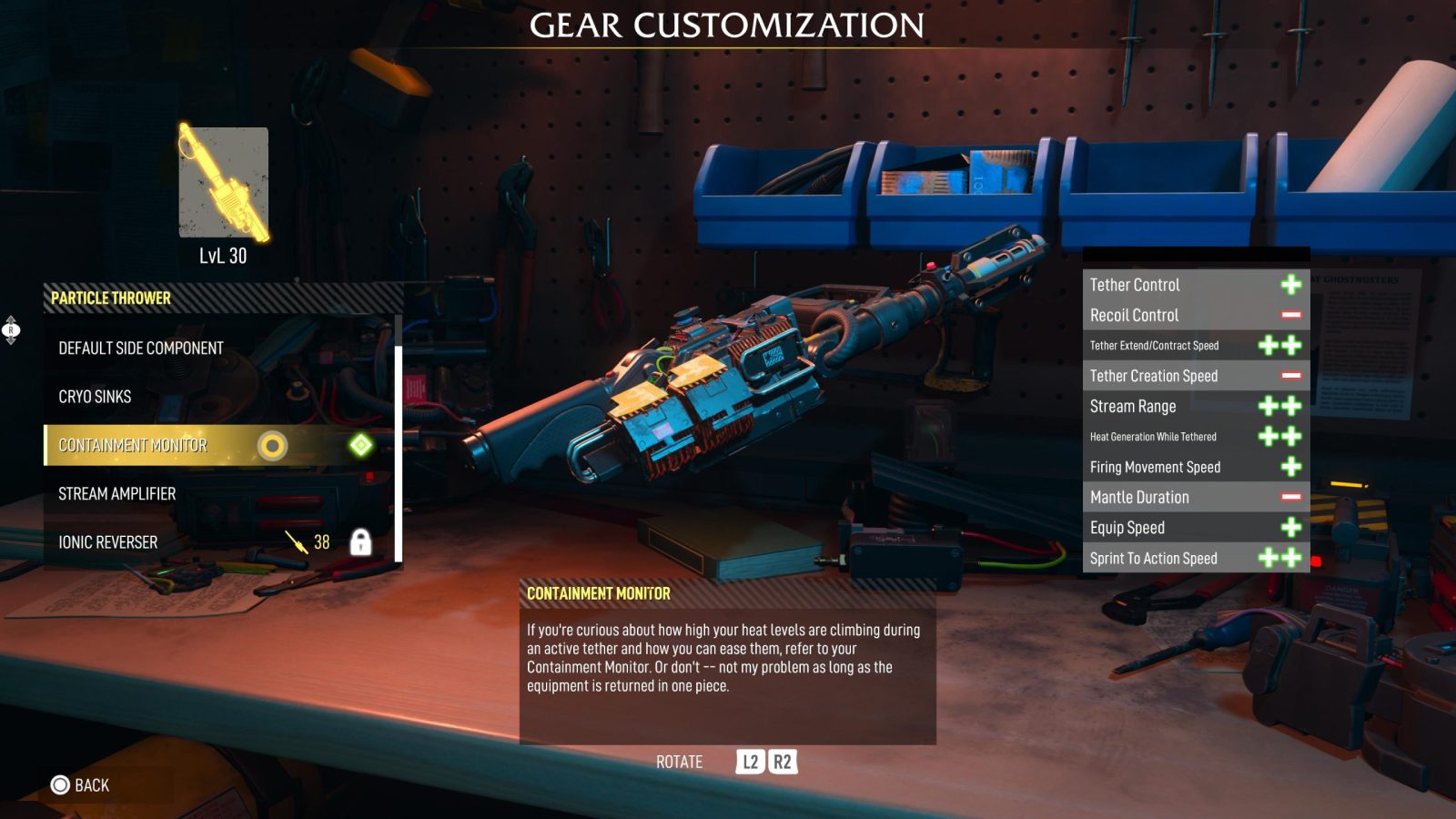 If you ever tire of cleaning ectoplasm off your suit, there is also the option to play as the ghost and haunt to your heart’s content. Here, the objectives are essentially the opposite of the Ghostbusters. Protect ghostly rifts, horrify civilians, evade the busters and fill the haunt meter to 100%. This can be done by haunting various objects around the environment and scaring civilians. Seeing as the ghost is up against a team of four players, ghosts need to master the art of fight and flight. The Ghostbusters are a force to be reckoned with when in groups, so you must use your ghostly abilities to hide inside objects to disguise your location or incapacitate them for a short duration.

While the customization for ghosts begins and ends with color swaps, there are a fair variety of ghosts to play as with various abilities. There are five main varieties of ghosts to choose from, each with their own subcategories that offer a spin on their abilities. The Basher ghosts, for example, benefit from increased damage to objects and suffer a shorter stun duration, while the Ectoplasts have bonuses to their slime and evasion. Within these groups, there are usually three or four variants to play as, keeping the same ultimate move and minion spawns but having their own unique ability. These abilities are usually similar across each class of ghost with a slight twist, with one offering an area of effect attack, another a ranged projectile, and one with a short burst effect. However there are some abilities that break this trend, with more nuanced abilities such as a silencing shroud that prevents communication. Experimenting with different ways of causing chaos is great, and while the variety may not be too expansive, the ghosts still feel different enough thanks to the passive effects each class carries with them. 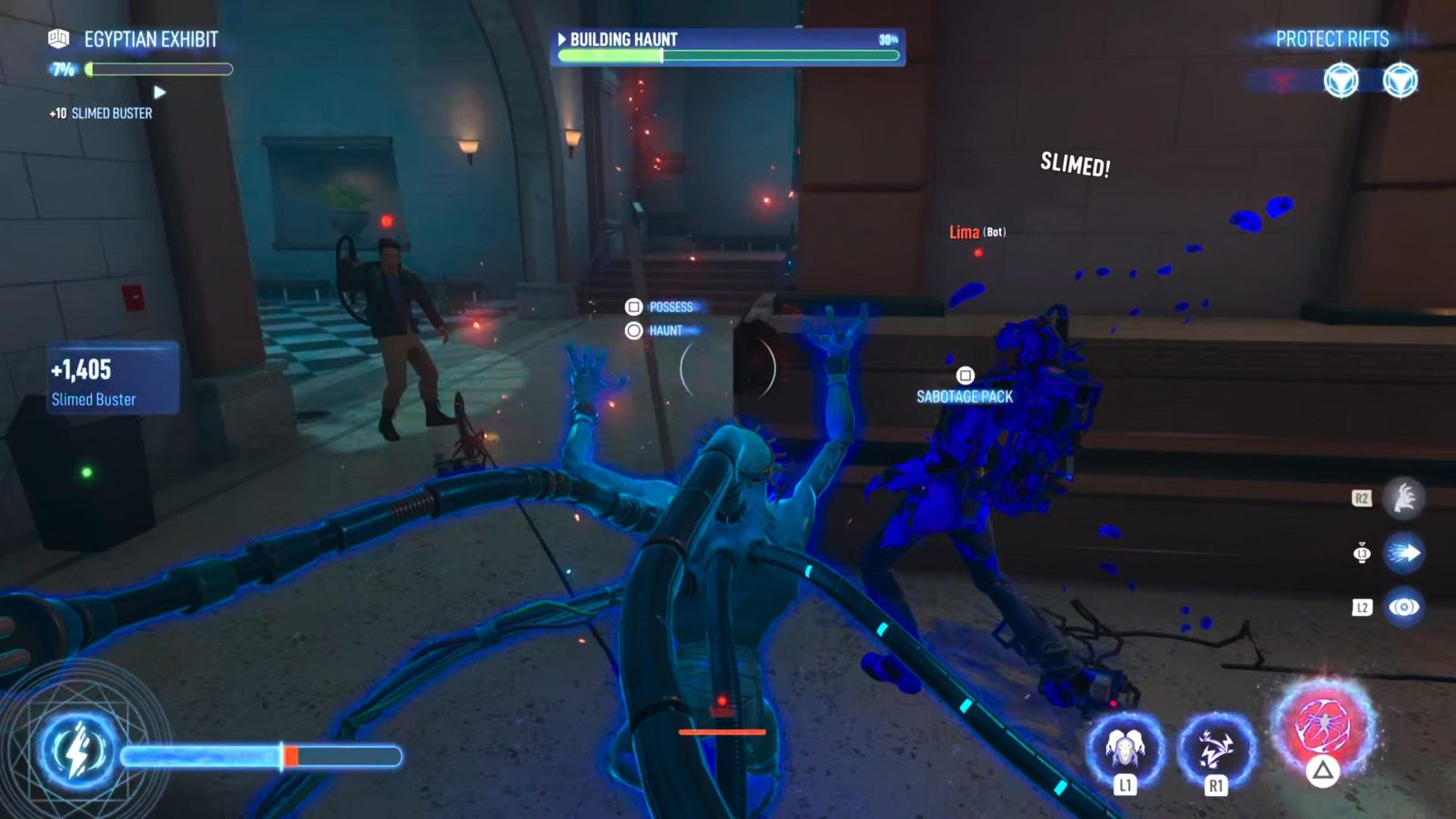 While busting ghosts is assuredly exciting, it can become a bit samey over the course of long sessions. There are currently only five maps in the game, meaning I became quite accustomed to playing at the same location multiple times in a row. Thankfully, the locations that are present look great and feel balanced enough for both the ghost and the Ghostbusters. The one thing I would mention is that at times it can feel hard to keep up with a ghost that is constantly switching floors, especially so if you don’t have the grappling hook equipped. I’m hoping the maps are something that can be expanded upon in the future, because the groundwork is already there for a fun experience but just needs some more variety.

It’s also worth mentioning that while the game does include bots, they are unreliable at best. Sure they may occasionally help you tether a ghost or calm civilians, but successfully capturing the ghost is going to ultimately fall on you. That is of course unless the ghost is also a bot, in which case they will provide very little challenge. Thankfully with the online nature of asymmetrical games, you’re unlikely to have to play with bots so long as the player base supports it..

Narratively, the story is pretty modest. After the player inadvertently frees a ghost from a trap in the firehouse, Winston Zeddemore becomes possessed by the spirit called Nameless. Much of the story takes place within cutscenes that play out between missions, but they really didn’t have much to do with what I was doing in-game. It felt more as if I was simply in the room in which the story was happening, rather than actually being involved. Oftentimes after a cutscene I would be instructed to just keep doing jobs while the supporting cast of busters figured out what to do off-screen without me. It didn’t take long to get through the entirety of the story while just playing normally, and it wasn’t something that I became too invested in. 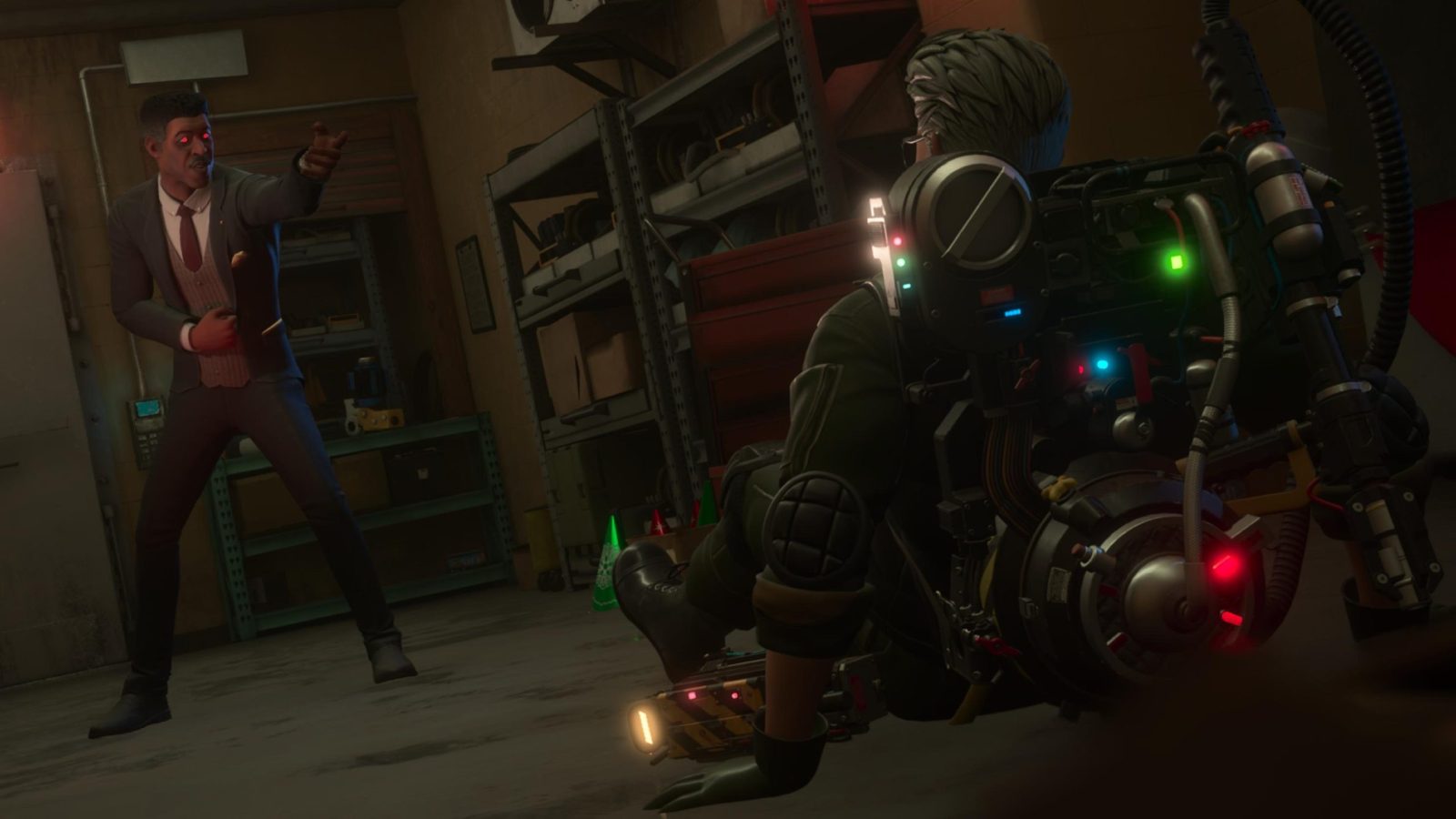 After spending some time with the game, it never loses that Ghostbuster charm, despite the gameplay being a bit repetitive. There is a lot of fun to be had with friends, but if you’re more of a solo player, this experience may be lessened. However, if the game garners a steady and healthy player base, I can easily see this becoming the best way to play a Ghostbusters multiplayer game.

While a bit surface level at times, the cooperative experience of busting ghosts always brought a smile to my face. Whether you’re priming the proton pack or spooking civilians, fans of Ghostbusters will find a lot to love. However, fans of existing asymmetrical experiences may struggle to look beyond the simplicity.

Corvo is a writer who loves to explore journalism through video games. Writing and editing reviews for triple-A games and indies alike, he finds his passion within expressing his experiences in a fair and accurate manner. Some of Corvo's favorite games are Destiny 2, Mass Effect, and Disco Elysium.
Related Articles: Ghostbusters: Spirits Unleashed
Share
Tweet
Share
Submit