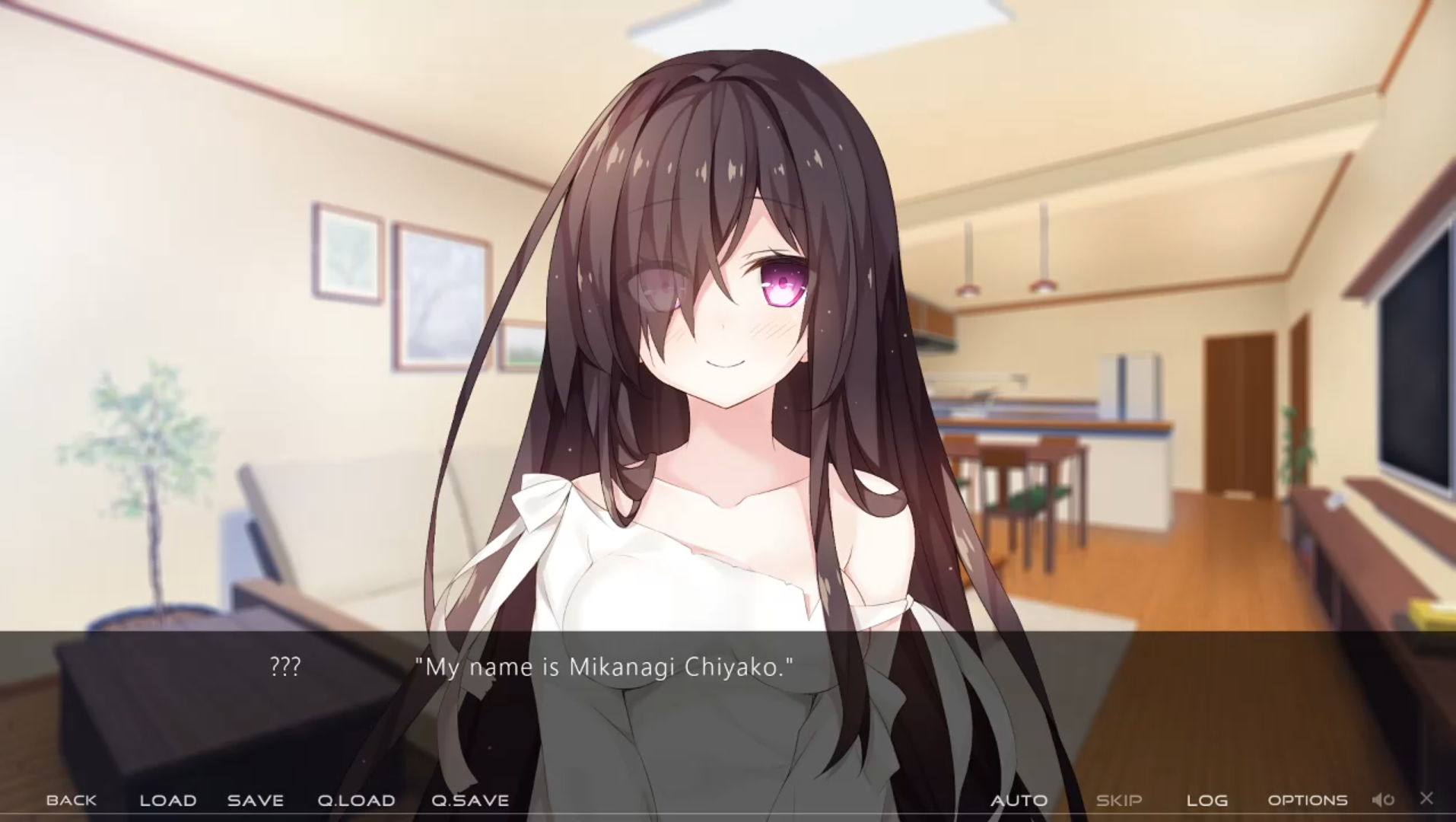 “Live life to the fullest” and “you only live once” are two popular phrases to encourage people to do what they want in life and not have any regrets. Unfortunately, some people don’t get as much time as others and their lives are cut short. It’s a depressing yet true fact, but still one that can’t be avoided. That being said, what better way to touch on this idea than in a visual novel? With plenty of cute moments, charming characters, and funny dialogue to balance out the heartbreaking situations, emotional trauma, and themes of loss, Seven Days hits you where it hurts, but keeps you engaged and pushing forward.

As previously mentioned, Seven Days is a visual novel that focuses on themes such as loss, trauma, and living life to the fullest. You play as Shuuichi, a normal high school student who prefers to spend his time sleeping in class and playing video games at home. That is, until he hears about a cursed blu-ray from his classmate. Partially curious and partially not believing his classmate, Shuuichi reluctantly takes the blu-ray to watch that night. Turns out the blu-ray was actually cursed and an evil spirit gets released. Thankfully Shuuichi’s childhood friend Murasaki, who lives next door, rushes over and exorcises the spirit. Well, she does and she doesn’t. The spirit is no longer evil, but is now a human girl named Chiyako. Oh, and did I mention that Chiyako also has the spirits of six other girls inside of her body too? Yeah, things just got crazier. 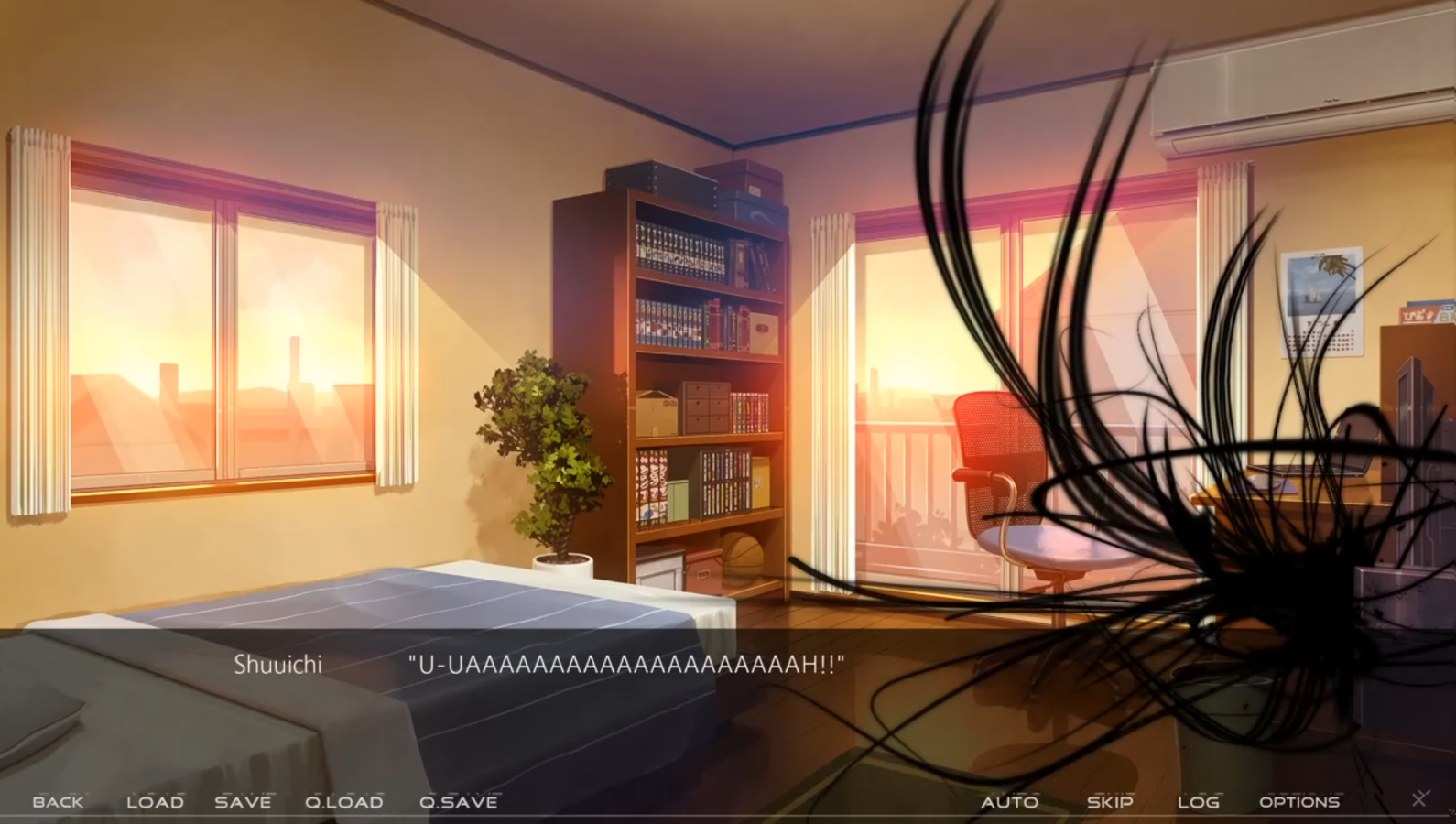 Now that the prologue is out of the way (yes, that’s all only the prologue), let’s get into the real story. Turns out spirits follow rules similar to that of Buddhist beliefs. This means that a spirit has no more than 49 days to get its affairs in order and make peace with themselves before passing on to Heaven. If they take any longer than that, they uncontrollably give into their grudges and regrets, and turn into evil spirits. Now, 49 days may seem like a long time, but in this case there’s a problem. There are seven girls who need to pass on and they can’t do so while in one body. The good news is Murasaki knows a technique that transfers each girl into a temporary vessel. Chiyako stays in her body, while Kotoha, Mari, Nene, Sakura, Shizuku, and Ichiru get moved to new vessels. I won’t say where they each go because that’s fun to experience on your own without spoilers. All I’ll say is I love Nene’s the most.

Now, if you know your division, you’ll have realized that each girl gets seven days. How convenient that the math works out so perfectly, huh? When a specific girl’s week is beginning, Murasaki transfers her soul back into Chiyako’s body in order to let her experience life as a girl again. Chiyako’s appearance changes a bit to represent whoever took over, along with taking on said girl’s personality. The goal of Seven Days is to help each girl enjoy their second chance week that they’ve been given before Murasaki helps them pass into Heaven.

There isn’t much in terms of gameplay, like most visual novels. There are some choices scattered around the story and some interesting situations where you do take action. The action is still choice-based button presses, but it’s pretty enjoyable and adds a nice twist to things. I won’t say what it is, but it’s like a nice meta game. Mostly you move dialogue and story along by pressing enter or clicking the left mouse button. You can also turn on the auto function, which automatically does that for you after the on-screen dialogue has been spoken. It’s really nice, especially if you want to enjoy the story more like a movie or an anime. Trust me, you won’t regret sitting back and soaking in the story. 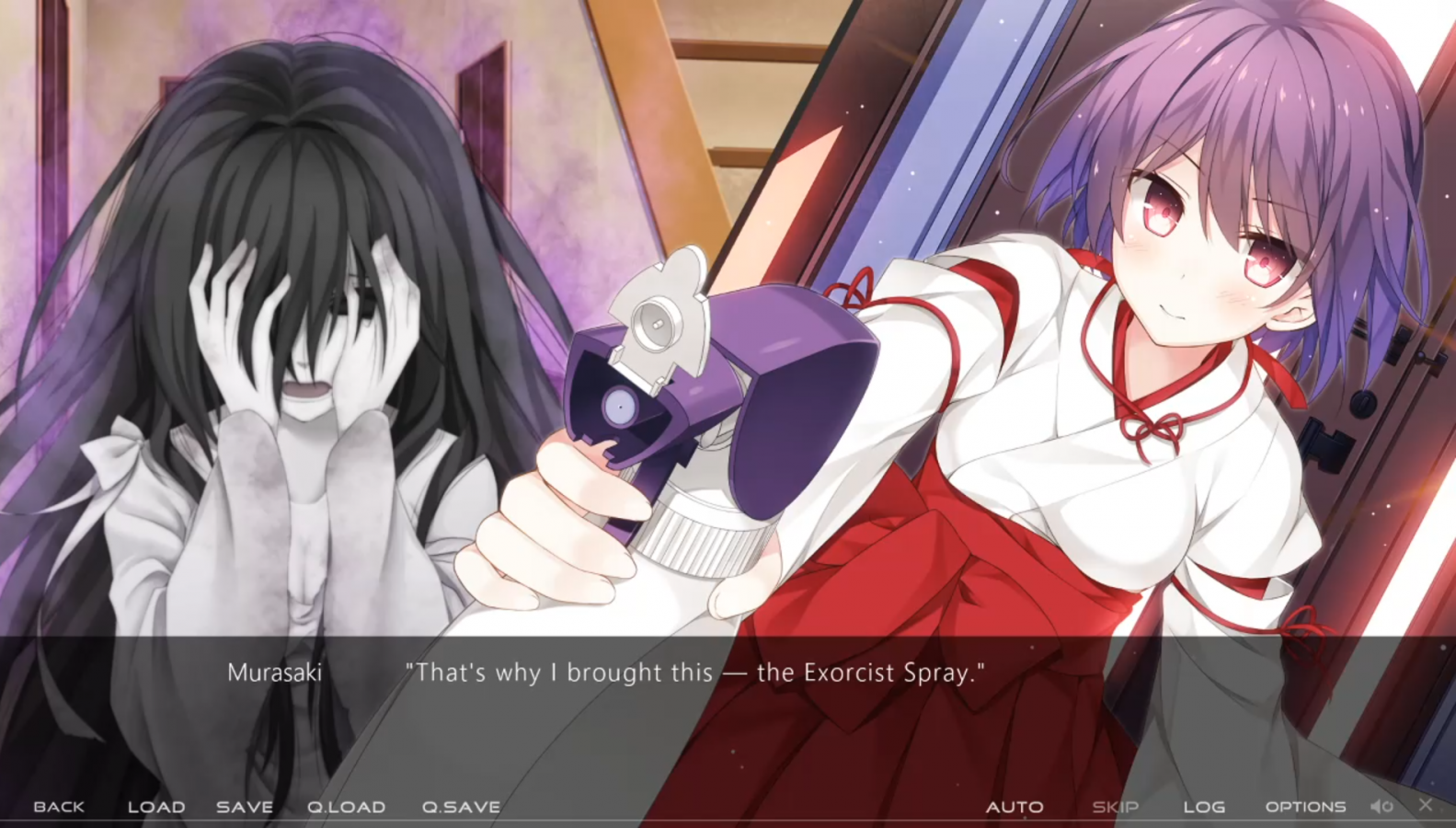 What visual novel would be complete without some good illustrations? Seven Days does great in this department as well. Sure, it suffers from character models being reused over and over, but that’s typical for a visual novel. Even with that, the slight changes in expressions are enough to feel different and fit the situations they’re used in. The art style is colorful, smooth, and feels like an anime or manga. On top of that, the voice acting gives the characters even more personality. Sure, their voices are all in Japanese, but I actually prefer stories like this with the original Japanese voices. The subtitles do the job well enough, and I feel like English voices wouldn’t have as much charm here.

I want to mention that you can change some settings in the options if you want. You can adjust the volume of individual things such as background music, character voices, sound effects, system sounds, and so on. You can also alter the speed that text appears on screen, change the font and letter thickness, adjust the text window transparency, and more. I only tweaked these a bit because the default settings were good. The character voices needed to be turned down a bit because some characters got too loud, especially compared to some quieter characters. It’s not an issue since you can change it as you please. 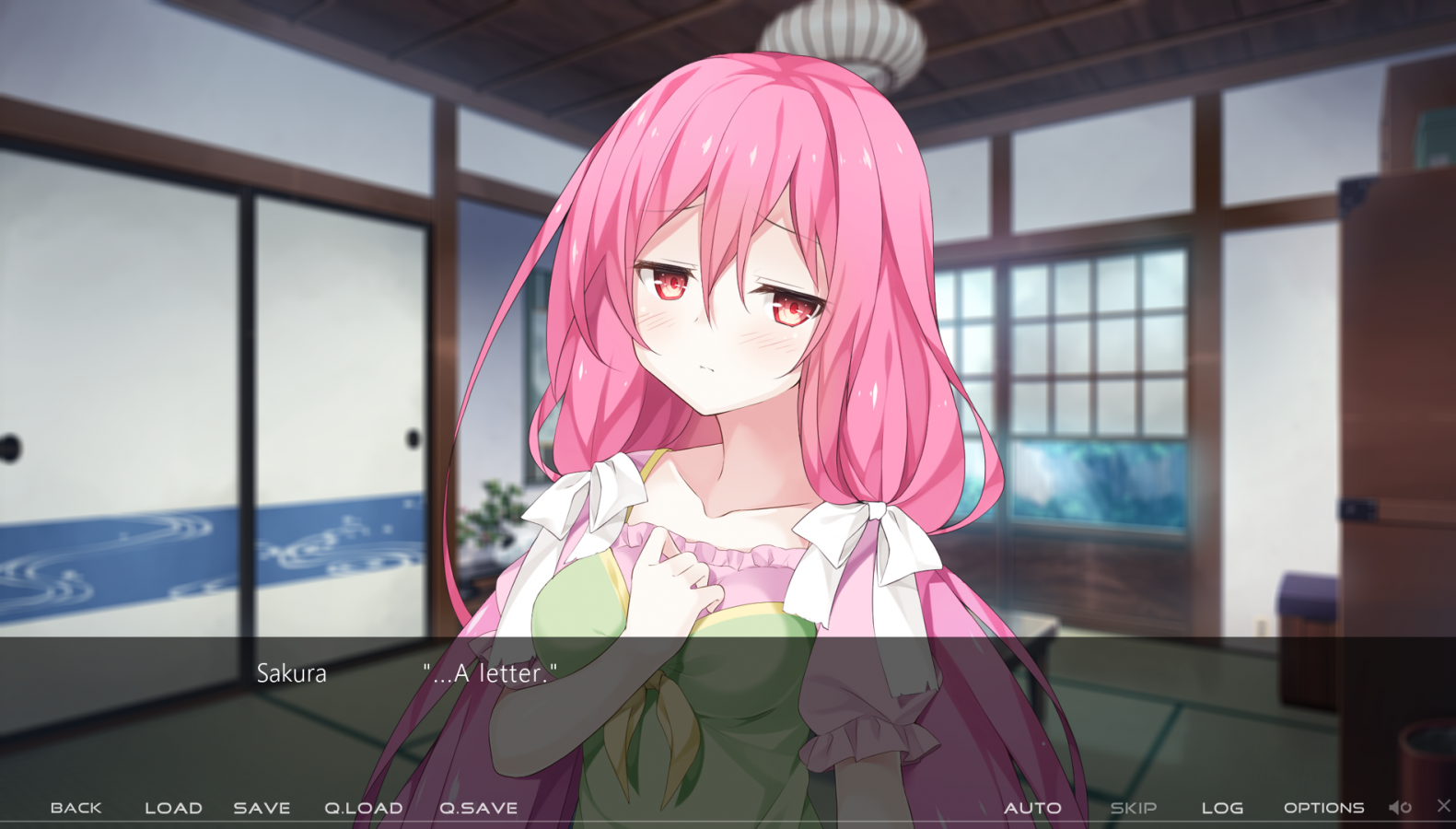 I know I’ve mostly been discussing the story, but that’s what the bulk of Seven Days relies on. For fans of visual novels or even slice-of-life type anime, you’ll be pleasantly surprised. That’s not to say every moment is happy, fun, and filled with laughs. There are plenty of dour, sad, and gut-punching moments too. This is a story of making friends and also losing them. In the end, what we’ve got here is a truly bittersweet experience. You’ll enjoy it as you go, even enduring the emotional hardships of the characters. To that end, you’ll also feel the pain of losing the friends that you’ve only recently gotten attached to. You know it’s for their sake and it’s the best thing for them, but you can’t help but hurt during it all. I say again, Seven Days will lift your spirits and destroy them in mere minutes. Even so, it was well worth the time. I didn’t want to stop, I didn’t want them to leave, I didn’t…want our time together to be over.

Seven Days is a visual novel that focuses on themes of life, relationships, and loss. It's filled with charming characters, cute moments, and funny dialogue, but also heartbreaking moments and plenty of loss. If you want a powerful story, you've got one, but be ready to sink a good deal of time into helping these girls.

Codi loves to play video games and watch movies. He will watch almost any kind of movie just to experience them. His ideas take inspiration from the shows and movies he watches, and games he plays. He also loves a good pun.
Related Articles: Seven Days
Share
Tweet
Share
Submit