Escape rooms are a fantastic way to test your puzzle solving and critical thinking skills. If crafted correctly, they can be engaging, entertaining challenges. If done poorly, they can either be too easy or become infuriatingly difficult. I’ve done a few escape rooms myself, with two of them being nearly successful escapes and one having some tasks that were unfairly designed. Dying Reborn takes the escape room formula and lands closer to the poorly designed end of the spectrum. It looked like it had some promise, but it unfortunately didn’t deliver.

Dying Reborn puts you in the shoes of Matthew, an officer who has been looking for his missing sister Shirley. One day he gets a mysterious letter claiming that she’s at The Last Harbour, so he makes his way there in hopes of finding her. Matthew quickly gets kidnapped and wakes up in a prison-like room. As he struggles to discover a way out of his perilous situation, he ends up delving deeper into this twisted prison.

The story itself sounds cool and interesting at first, but as you progress, it starts to come apart. The story is told through dialogue with your kidnapper and in memos that you can find scattered around the game. You can look through your memos at any time by hitting up on the D-pad. I won’t spoil anything, but by the end of the game, I only had a partial idea of why this was happening. Dying Reborn tries to tell its story, but it comes across as more convoluted than it should be. For example, the antagonist talks about things that only potentially make sense if you read through memos. Not looking at the random memos makes things more confusing. As a result, I quickly stopped caring about the narrative, but still attempted to grasp what I could from it. 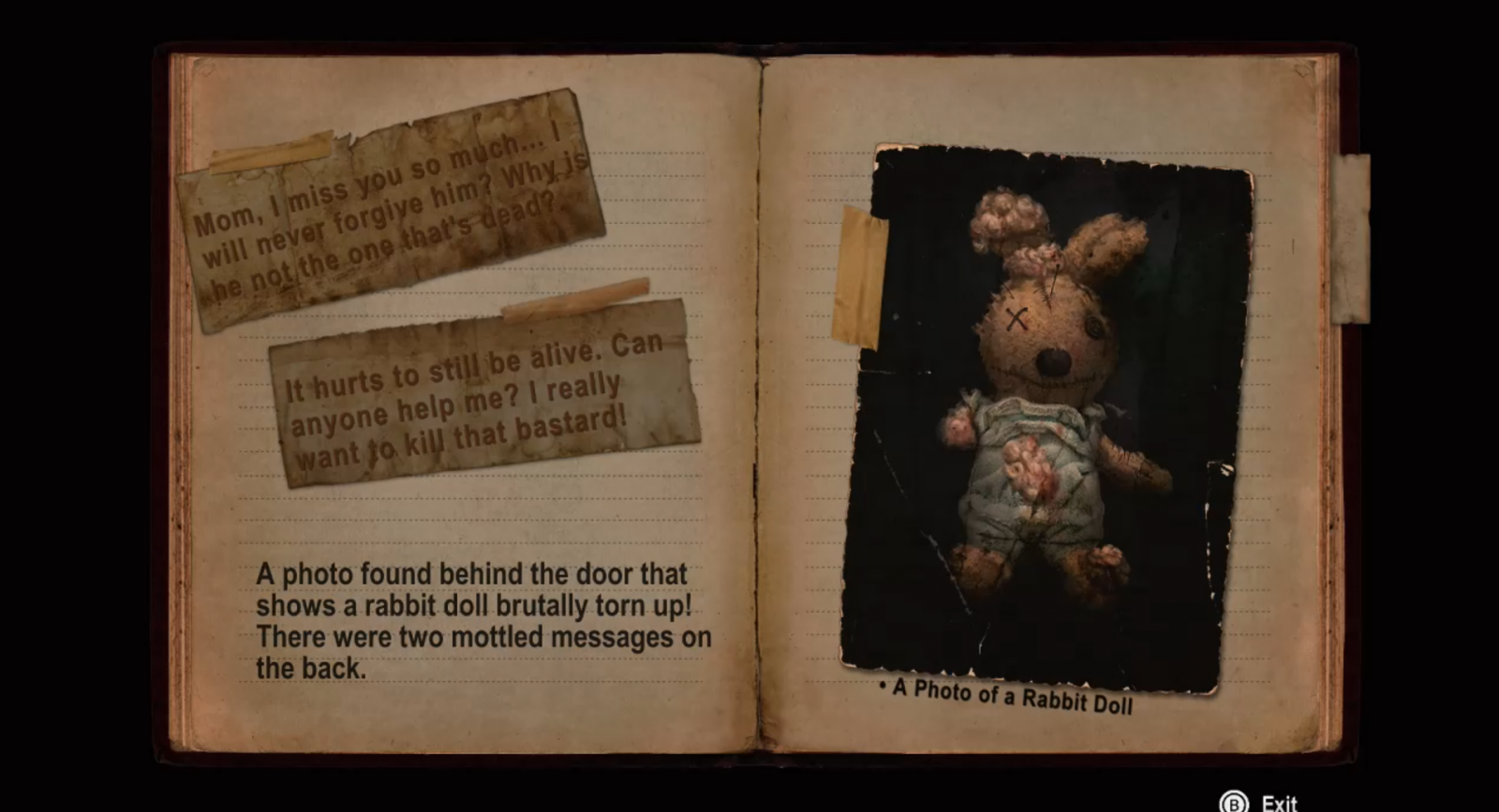 The gameplay is a combination of a walking simulator and a point-and-click game. You walk around the rooms and investigate anything and everything that you can interact with. There are plenty of objects that only trigger description text and nothing else though. In order to solve puzzles, you’ll need to pick up items to use, read notes for clues, and discover hidden codes. Some items can be used as is, while others need to be combined with other items in order to be useful. One such example is the head of a screwdriver and the handle.

As mentioned earlier, the difficulty and design of an escape room can make or break it. The design of Dying Reborn is definitely a mixed bag. The creepy, ominous setting of the game makes you feel trapped and a bit uncomfortable. Each room has its own feel and style to it, which is a plus. I give the developers props for adding some variety, although the puzzle-solving bogs it down. I have nothing against racking my brain for some clever puzzles, but this game pushes the limits too much. For example, in order to find one code, you get several phrases that you must use to figure out where to look for each number. While there were a fair number of puzzles that filled me with pride upon solving, there were a great deal more that annoyed me. A good deal of puzzles were needlessly obscure and made me want to solve them just to be done with them. Codes for locks and doors are easily the most tedious part of the game. You never want a game like this to push you to the point of trudging through it just so you can end it. 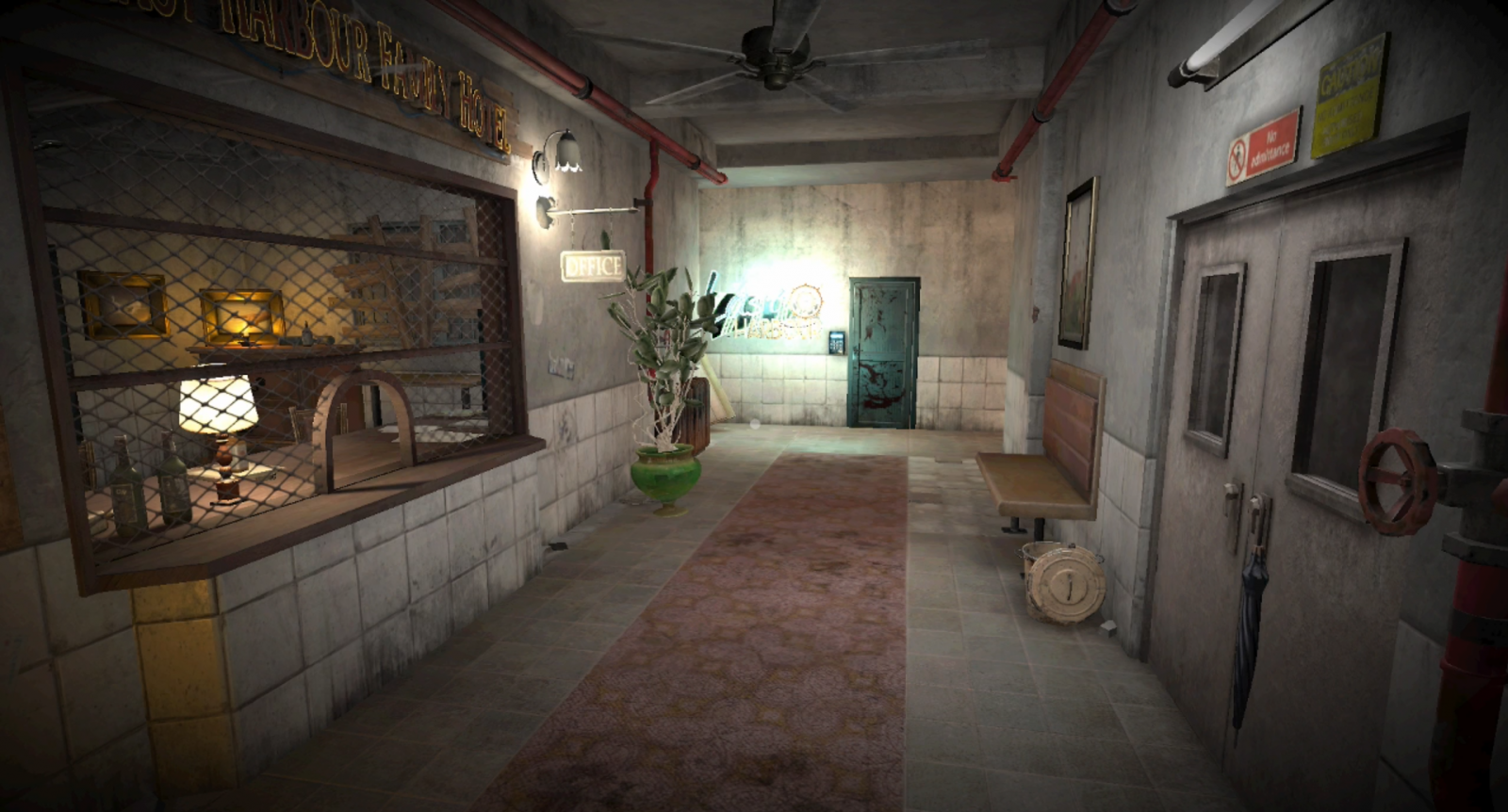 It doesn’t help when the dialogue can get rough and the game includes no voice acting. This means that the only sounds are you walking, interacting with objects, and the weird ambient music. With the amount of dialogue that’s present in the game, it could’ve helped to hear some voices. Instead, you must read everything and determine each character’s tone based off of that and the situation.

Dying Reborn doesn’t take very long at all, although the obscure puzzles will stretch that playtime. It took me around two hours to finish the game, with a great deal of that time being spent examining every little thing in the hopes of progressing. Normally that short playtime would be a downside, but I don’t think I’d want to spend any more time with this game than I already have. The game could’ve had potential, but the annoyingly obscure puzzles and lack of interesting story drag it down immensely. In the end, you’re better off avoiding Dying Reborn unless you want to ruin your opinion of escape rooms.

Dying Reborn is an escape room game with some creepy elements to it. The story has an interesting premise, but quickly becomes uninteresting and confusing. Some puzzles feel rewarding, while far too many feel obscure and annoying.

Codi loves to play video games and watch movies. He will watch almost any kind of movie just to experience them. His ideas take inspiration from the shows and movies he watches, and games he plays. He also loves a good pun.
Related Articles: Dying: Reborn
Share
Tweet
Share
Submit