‘Twas the fall of 2019 when The Witcher 3 finally made its way to the Nintendo Switch. Nary a soul thought it could be done, but through the blood, sweat, and tears of Saber Interactive and CD Projekt RED, the so-called Switcher can finally be enjoyed on the go. It’s hard to believe that the RPG juggernaut has already been out for over four years; it seems like only yesterday we stepped into the battle-scarred shoes of Geralt of Rivia, the monotone monster-slayer. But here we are, reaching for the steel and silver yet again. The beast has been tamed, but at what cost?

The Witcher 3 on the Switch arrives with both DLC expansions and all micro-content updates, costing a hefty 31.2 GB of space if digital is the direction you choose to go in. In handheld mode, the game runs at 540p at 30 frames per second, and docked, dynamic 720p at 30 frames per second. While the higher pixels per inch available to players in handheld mode is certainly a blessing with a 540p resolution game, the Switch can’t do anything to hide its shaking knees. Even docked, expect muddy, low resolution textures, longer load times and frequent frame drops across all aspects of play—cutscenes, combat, goofing off in cities, you name it. And in my time with the game, The Witcher 3 crashed a total of one time. Now, as bad as it may seem, the game runs stable enough to avoid affecting peak player performance when the game calls for it. And I can still appreciate some solid lighting to help mask some of the port’s graphical blemishes.

The obvious appeal of the port is the ability to take your curse dispelling and dirty politics out of the house and into the palm of your hands wherever you are. The greedy game demands a lot more from the Switch’s battery, especially because playing with lower brightness settings proved to be rather difficult as far as visibility is concerned. The heavy contrast and abundance of darker spaces combined with the evil powers of the sun will spell disaster for visibility. But getting off those motion controls will be no issue at all, because, to no one’s surprise, there are none. The only real annoyance is nothing new to Nintendo gamers: the ol’ B and A button reversal. It’ll never not be awkward hopping in and out of the Switch Home Screen. At home, The Witcher 3 in docked mode is, for lack of a better word, jarring. Having sunk hundreds of hours into the game previously, dynamic 720p with a multitude of visual downgrades doesn’t cut it, especially not when its shortcomings are being plastered onto a large screen for all to see. Unless the Witchering experience is completely foreign to you, there’s not a single reason as to why, in a home environment, the Switch port should have your attention. 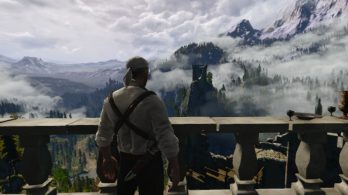 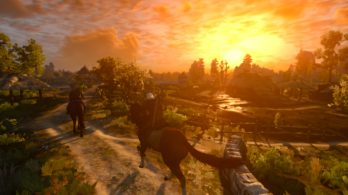 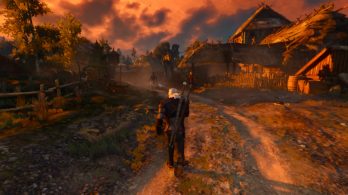 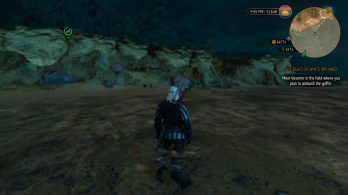 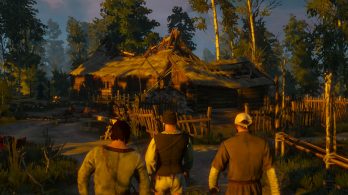 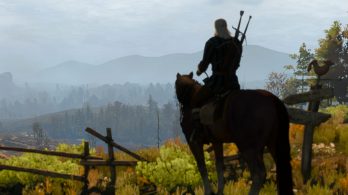 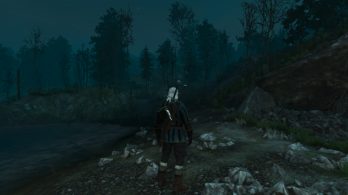 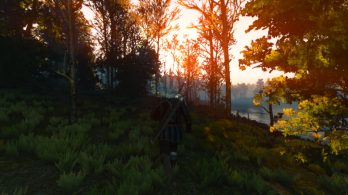 Gaming Trend gave The Witcher 3 a glowing review when it initially launched, and as a fan of the franchise, I’d be hard-pressed to disagree even all these years later. It feels as if no time has passed at all; the game has hogged the spotlight since its initial release. Its vast world is populated with a compelling cast of diverse characters, further fleshed out by way of a well-placed main story and clever side quests. Bountiful gear and items, alongside tragic tales and creepy creatures make every single nook of the game worth exploring. Stomping through the world of the Witcher has never been as fun as it is in The Witcher 3. And how could we forget Hearts of Stone, with its memorable set pieces and story, or Blood and Wine, piling on dozens of hours of additional content?

The only facet that some may find lacking is the combat. Geralt is afforded all manner of weapon buffs and upgrades to gear or sign powers, lending themselves to a wide range of playstyles. It’s the moment-to-moment action where the game might dull its shine. Animation duration is inconsistent, leading to some cheap shots by enemies and contributing to a slight lack of control over Geralt. Enemy attack and movement patterns are rather basic and easy to predict, meaning players will eventually develop a rhythm to fighting that quickly grows monotonous unless they’re actively trying to change things up with their builds. Swinging swords and dodging claws is a fairly tame and familiar experience, bolstered by narrative context, but could definitely use some extra juice to beef up the experience of clashing steel itself.

Everything you remember, it’s still here (even the bugs). All 150 hours of Geralt’s journey are intact, from Kaer Morhen to Toussaint. But at home, I’ll continue to look towards my other consoles for my Witcher fix. On the go, I can confidently put my trust behind the Switch.

One of this generation’s titans finally makes its landmark debut on the Nintendo Switch. For newcomers who can fight through the rocky 30 frames per second and lower resolutions, The Witcher 3 on Switch is a no-brainer. But, for those with no plans to take their monster-killing outside, the game is better enjoyed on other consoles.

A self-deprecating, overly sarcastic pair of glasses that occasionally possesses a human host in order to partake in the delightful process of playing video games, then immediately complaining about them. When he is not playing games (a rare occurrence), he can be found either writing about things that no one cares about, or haunting the quiet streets of his Canadian suburb.
Related Articles: The Witcher 3: Wild Hunt Complete Edition
Share
Tweet
Share
Submit