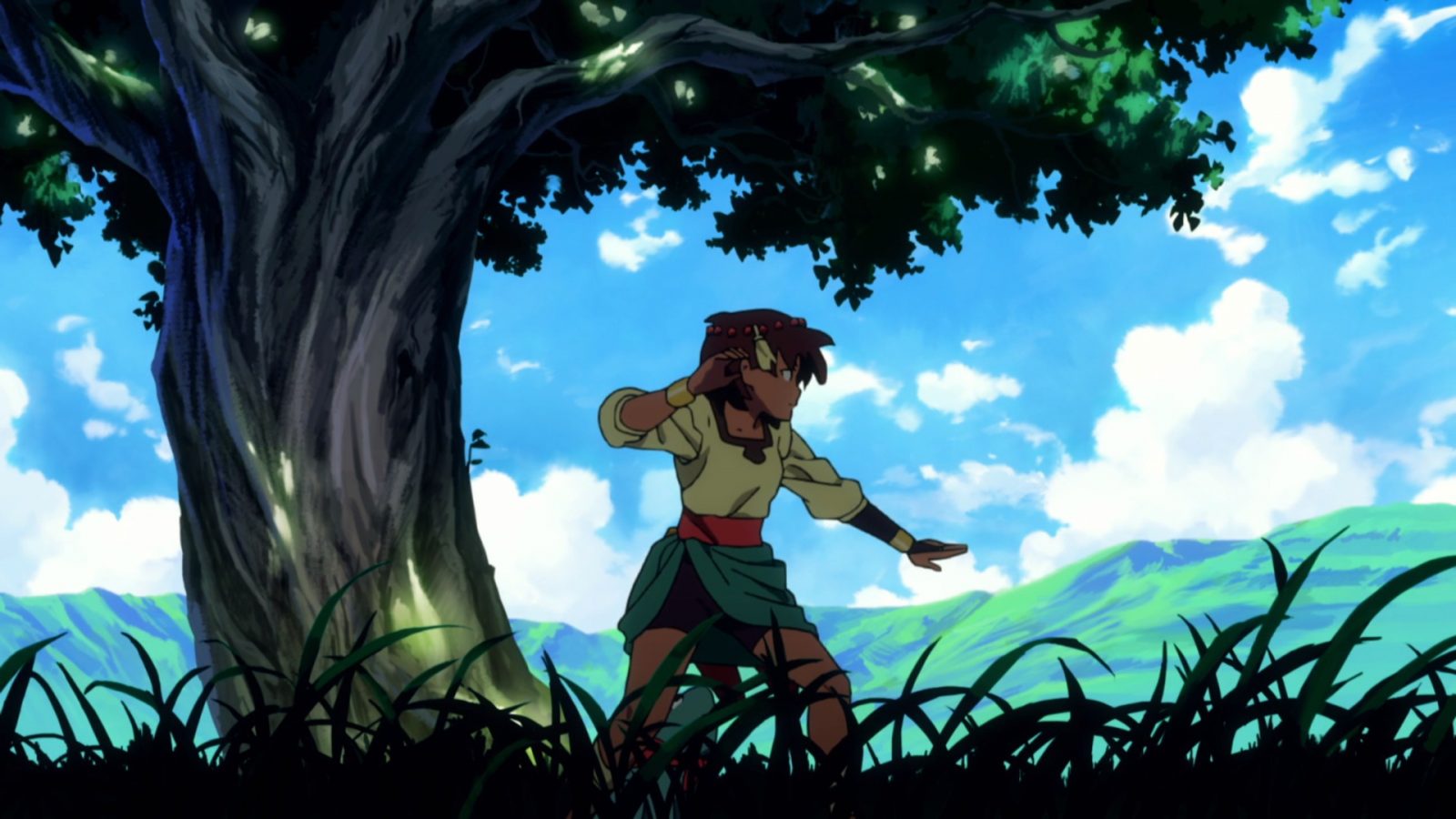 Ajna has had a very bad day. Her village just burned down, her father was killed in front of her, and his murderer just got sucked into her brain. Besides that last part, this sounds pretty typical of RPGs, but that last part is exactly what gives Indivisible its edge: the characters. The game may draw you in with the unique combat, exploration, and gorgeous art style but, while all those things are great, what will make you want to keep playing is the colorful cast of characters you’ll meet along the way.

Indivisible is a metroid-vania, RPG, fighting game, platformer. That may sound like nonsense (and let’s be honest, it is), but let’s dissect that list one by one. First, a metroid-vania game is one in which your ability to explore the world is slowly unlocked through the acquisition of new abilities or items. This usually requires some sort of backtracking, hopefully made less tedious through said new abilities. For better or worse, Indivisible has backtracking in spades. Realize that pogo-stick spear ability you just got can help you get an ability enhancing stone? Go for it. Progress blocked in one section because you just can’t get enough height with your normal jump? Well, walk all the way back to your boat and go somewhere else for a bit. The former situation is exciting and player motivated, while the latter is disappointing and kills all momentum the story for that area had. Unfortunately, at least in my playthrough, most of Indivisible’s backtracking is the latter. This is mitigated somewhat with a new route to take back to your boat, but that only works the first time and, if you’re like me, you’ve already explored every nook and cranny you could before being blocked. Thankfully, Indivisible’s huge moveset of platforming abilities are very fun to use so the long trek back gets shorter and shorter each time, even if it is still tedious. 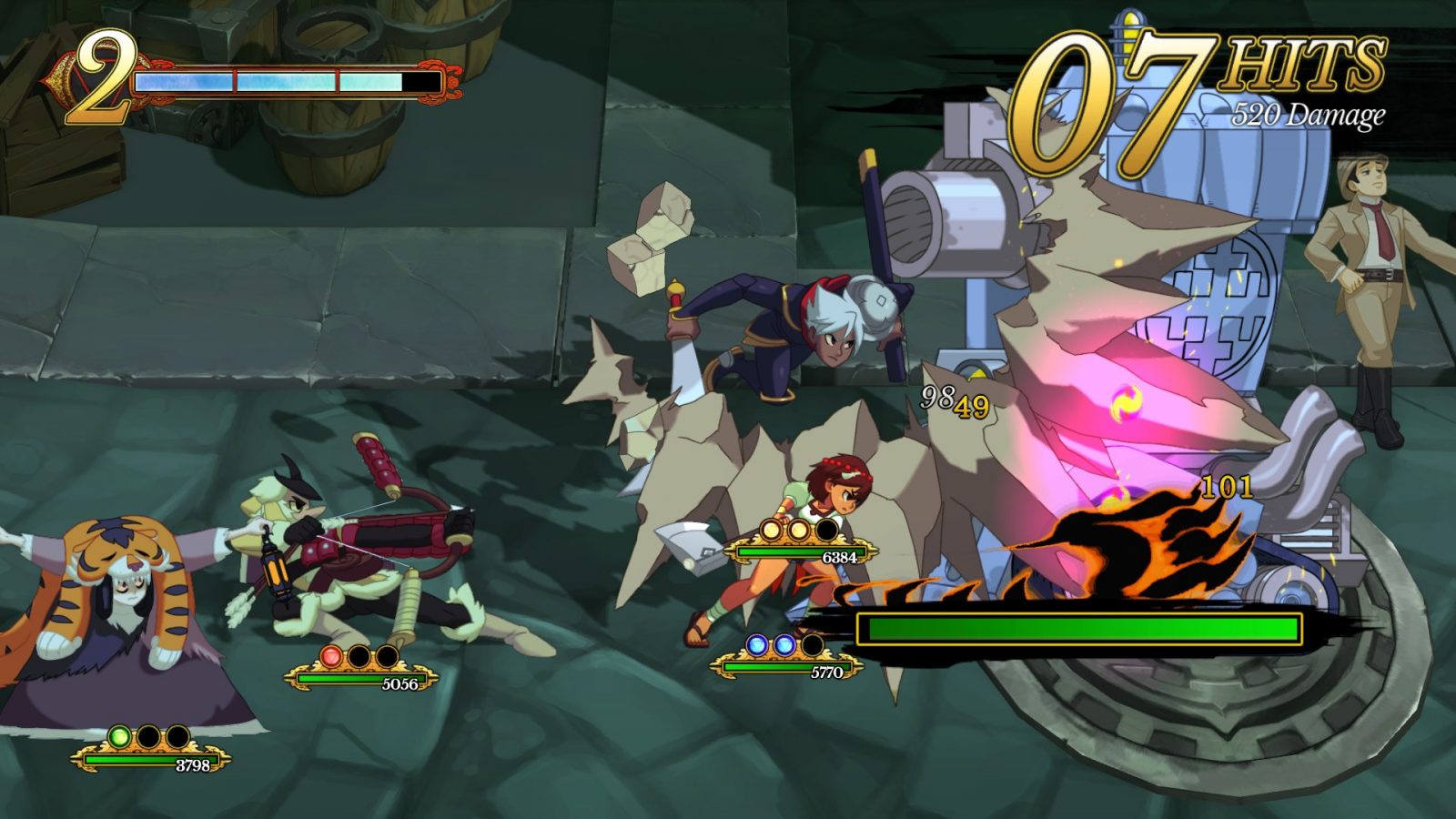 When I say Indivisible is both a fighting game and an RPG, you might think that it’s just a fighting game, like Lab Zero’s previous title Skullgirls, with some RPG elements thrown in. That’s actually backwards, it’s mainly an RPG, but with fighting game mechanics to spice it up. Of the over 20 recruitable characters, called Incarnations, you can have four in your party at a time, though Ajna must always be in the party as all the Incarnations live in her Inner Realm for the time being. Each of the four is assigned to one of the four face buttons on the controller, and pressing their button will let them attack as long as they have at least one pip of energy. Where this gets interesting is that if you hold up or down when you press the button their actions will change. For example, if you hold up and tell Dahr to attack, he’ll launch his target into the air. Combine this with the fact that multiple characters can act at the same time and battle can get pretty hectic, but in a good way. The game keeps track of your combo’s length in the corner of the screen, and it can be exhilarating trying to get that number as high as possible. I think the highest I’ve gotten it so far was around 390, and even after beating the game I still want to go back and fight more enemies just for fun. Combos are further encouraged through the Ihddi meter, which allows you to unleash a powerful move at the cost of one or more sections of the bar. In short: the higher your combo, the more Ihddi you generate, the more super moves you can pull off.

When the enemy attacks (if they even get the chance to, but more on that later), your attack buttons turn into block buttons along with L1 which lets your whole party block at once. Holding down the button will drain the Ihddi meter, but you will take less damage. However, if you block at just the right time, you can actually heal instead of taking damage and generate Ihddi. It encourages you to constantly be on the offensive or wait for just the right moment to strike back. Indivisible takes fighting game mechanics and mindsets and distills them down to their purest form. Unfortunately, once you recruit characters like Nuna or Leilani (especially Leilani, with her chainsaw sword) you can decimate even bosses in just a few seconds, leaving no room for the strategic combat seen in the opening hours. It’s fun and hilarious at first, but it’s a bit boring when even the final boss barely gets the chance to hit back. 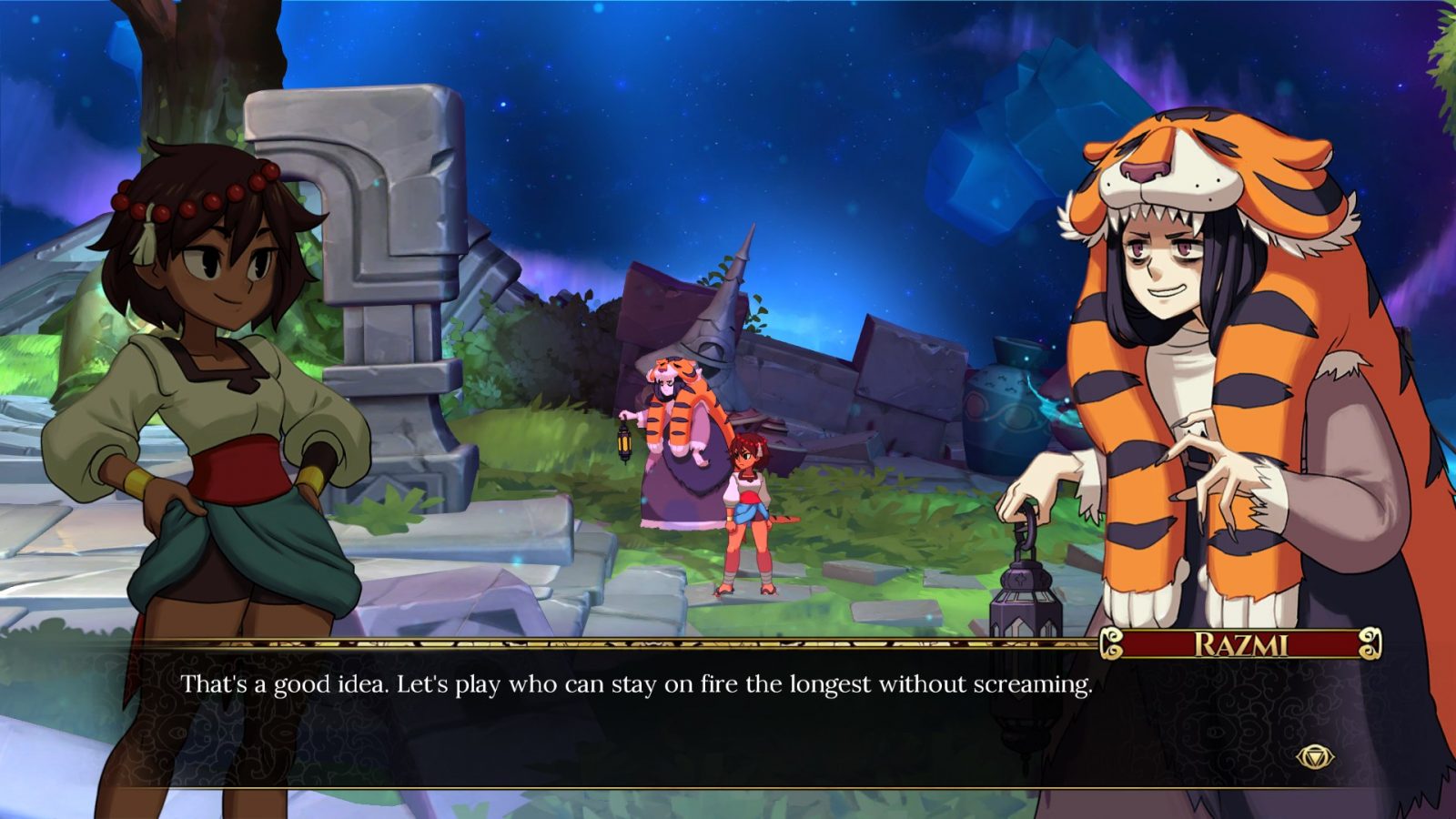 Speaking of hilarious, while Indivisible’s plot is predictable, the character interactions can be an absolute riot. Every single character that joins your party is loveable, from Thorani’s loving mother attitude towards Ajna to Zebei’s horrible puns. Razmi especially steals the spotlight with her dark humor. Every word out of her mouth is incredibly funny, and thankfully she, along with all other unmissable party members, get a surprising amount of screen time. Each character also has a unique side quest you can do which can enhance their abilities… Somehow, the game doesn’t really explain what the rewards for these quests are apart from a little star next to the character’s portrait. But I was happy to do them just for more dialogue.

Indivisible takes the best of RPGs and fighting games and mixes them with a world full of secrets to find and a healthy dose of platforming goodness. While it doesn’t reach its full potential in some areas, it’s still a great time throughout.

David is the kind of person to wear his heart on his sleeve. He can find positives in anything, like this is a person who loved Star Fox Zero to death. You’ll see him playing all kinds of games: AAAs, Indies, game jam games, games of all genres, and writing about them! Here. On this website. When not writing or playing games, you can find David making music, games, or enjoying a good book. David’s favorite games include NieR: Automata, Mother 3, and Gravity Rush.
Related Articles: Indivisible
Share
Tweet
Share
Submit