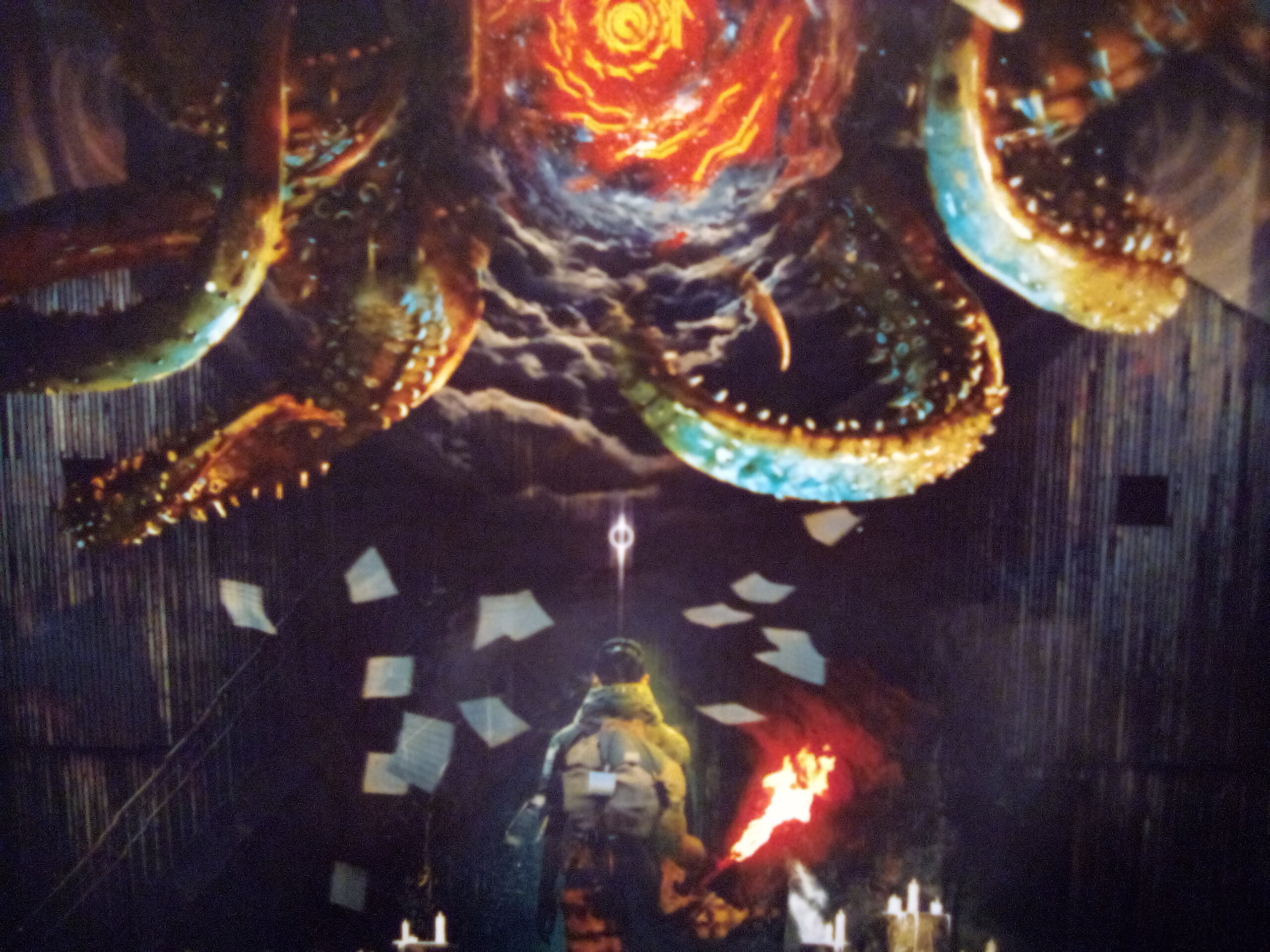 Gates of Delirium tries to meld a lot of concepts into a concise package, and it mostly succeeds at combining area control, set collection, and the horrific aesthetics of Lovecraft’s Yog-Sothothery. Gates of Delirium, like the rest of the world, doesn’t understand that Lovecraft’s stories were made up of a lot more than monsters, gates, and insanity. That being said, those themes do tie directly into the game’s themes and design, both of which do much credit to Jordan and Mandy Goddard. As you litter the world with investigators, seeking out ancient secrets, you also start to lose your grip on reality. The game’s schism between sane and insane forces you to carefully balance short and long term goals, adding an extra layer of strategy to every card and action.

At the start of every round, the first player will decide whether that round is Sane or Insane. The game has no method for choosing the first player or making up for starting later, which is odd considering how important this round-defining choice can be. The round’s sanity determines which of two portions of your action cards will function during the round. Players begin with five cards in hand and redraw up to that amount at the end of the round. On their turn, players play two cards from their hand in order to activate those cards’ actions, whether sane (with a white border) or insane (with a black border). Cards can generate Desperation tokens, which you can expend for additional actions. 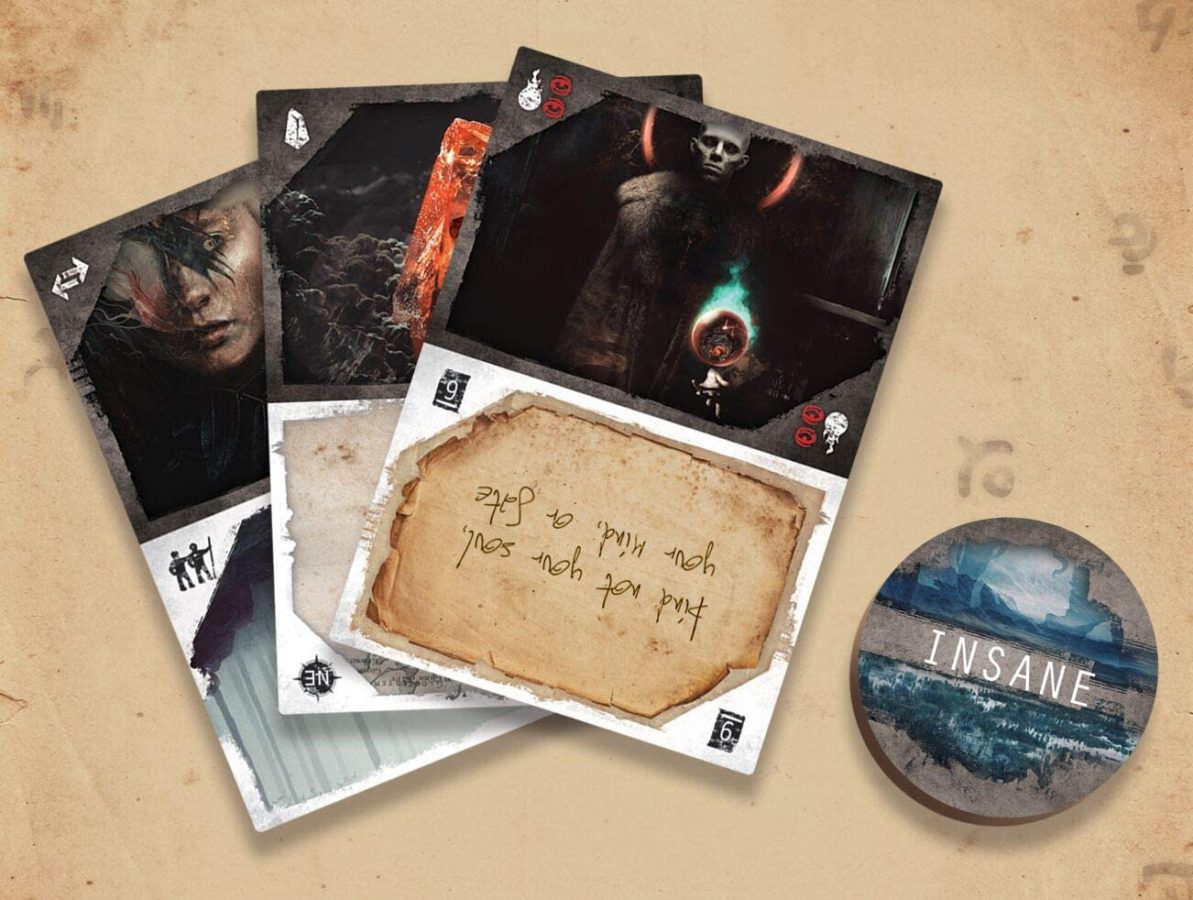 Sane actions focus on building your research over time, and consist of three types: dispatching an investigator plays or moves one of your units to any region. Cards that dispatch a single investigator make up for their laxity by providing Desperation tokens. You can also play Map fragment cards, gaining 12 points at the end of the game for each completed Map of four cards. Playing Journal cards allows you to build the parts of an ancient text broken into 20 pieces. Each individual card grants 2 points while you will be awarded with 4 for each consecutive card. It’s a nice touch that those cards form a single continuous poem. Collecting them feels like stringing together a spell from fragments, piecing together a chant for the endgame. The poem itself is sometimes awkward, forcing emphasis on the wrong word in a sentence. I think it would have been better in outright pentameter, but we’re here for a board game review, not an Elizabethan tragedy.

Insane rounds hasten the endgame, allowing you to prepare gates and summon monsters from the outer planes. Collecting Ancient Runes lets you build sets of cards, gaining points for each. Converting Investigators allows you to replace an opponent’s investigator with your own. Building Gates requires choosing one of four face up gate cards or a random one from the top of the Gate deck. As soon as a gate is completed, its area is immediately scored, granting points based on which players have the first, second, and third most investigators in the area. Some monsters also reveal Scrolls, new game rules which modify actions and hasten the end of the game. The investigators are all then destroyed, presumably devoured by a fell beast from beyond. Once the final monster is summoned, the game ends and you calculate final scores. 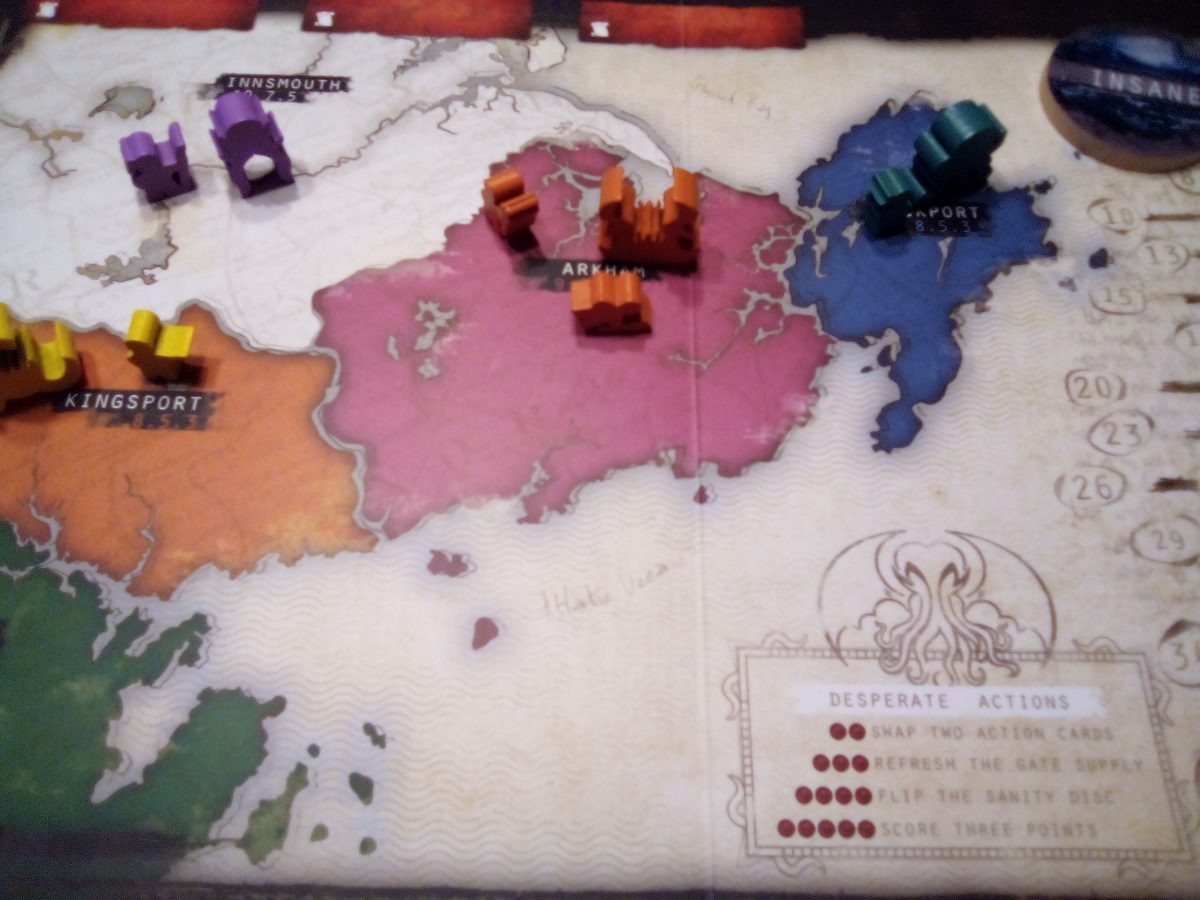 Gates of Delirium is made up of many simple goals that combine into a more strategic whole. Choosing how to balance board presence with point generation is already a hefty task, but combine that with the control you have over the pace of the game and you’ll soon find just how important weighing your limited actions can be. At times the importance of card draw limits your strategic potential. Whatever your main few goals may be, you are still at the mercy of the round type and cards in your hand to choose your actions. This does make for fast rounds, and a game that reliably clocks in at around an hour at all player counts. It also means that Gates of Delirium is a decidedly mid-weight game, lacking some of the gravitas of meatier area control. That’s not to say that this is a lesser game, and it hits its stride well as a more frenetic back and forth between nebulous powers.

Regarding the components, Gates of Delirium displays a rare mixture of readability and style. The faction meeples are readable, expressive, and not reliant on their color to communicate. The map itself is mixed between sane and disturbed, without sacrificing usefulness. The cards are of a slim stock that will need some protection. The various locations cards are underdone, just consisting of different colored pictures of the same gates. In principle this would be fine, but it does strike one as a missed opportunity in an adaptation that went into great detail about the architecture of its locations. Something recognizable to suggest the creeping menace of Salem or Innsmouth could have gone a long way.

Gates of Delirium is a quick but meaty bite of area control and set collection. The split between sane and insane rounds combined with multiple objectives makes for small choices that add up to a larger whole. The reliance on cards as actions sometimes takes control away from your players, but a game this short also gives you plenty of replay value.

John Farrell is a legal aid attorney specializing in domestic violence, living in West Chester Pennsylvania. You can listen to him travel the weird west as Carrie A. Nation in the Joker's Wild podcast at: https://jokerswildpodcast.weebly.com/
Related Articles: Gates of Delirium, Tabletop
Share
Tweet
Share
Submit