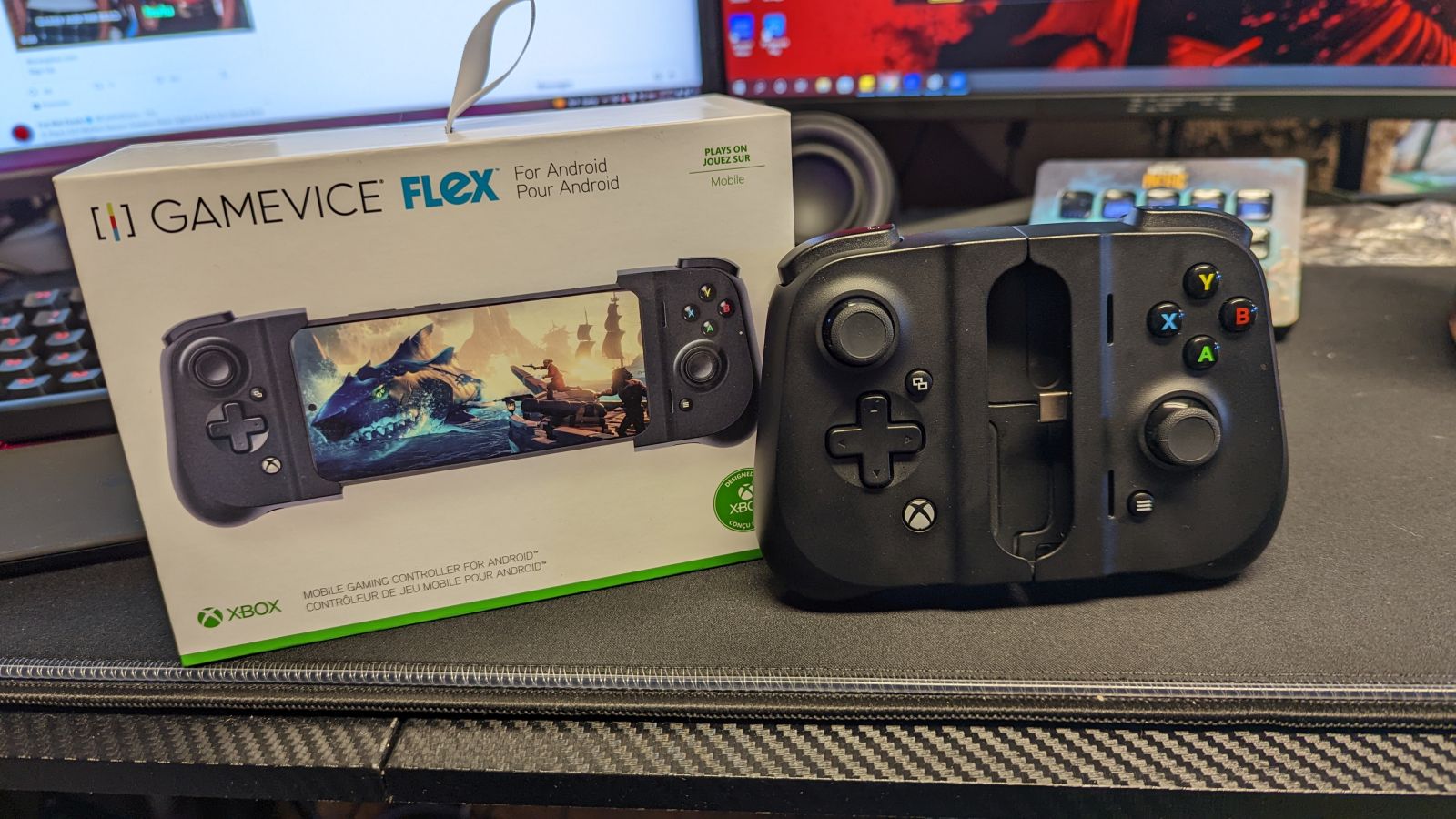 Playing games everywhere has been a thing for a while, but doing it as comfortably as possible is a question that still needs an answer. There are tons of options, such as connecting Bluetooth controllers or plug-in controller halves. Some settle with using touch screen controls, but I’ll be honest, that ain’t it. After all, you’re limited on screen space so having to cover that with your fingers gets in the way. Gamevice has a great option in the plug-in space in the Vice, and after using it for a while, it’s one you should probably keep in mind.

In the box you’ll find the Gamevice Flex (mine was for Android but there is also an iOS option), the user guide, and sixteen different case adapters. I thought it was a bit much at first, but after reading the user guide it made sense. The Flex is aiming to work for any device you own, and with any case you use. Obviously not everything works perfectly, but Gamevice wants to make your choice as easy as possible with the Flex.

What’s so impressive about it is a clause that may have slipped by you in the last paragraph; it works even with your case on. Many plug-in gaming controllers for mobile devices make you remove your case, and quite a few protective cases are pains in the butt to take apart. The Flex deletes this notion, with a design that lets you simply insert your phone and play.

Gamevice uses a rubber band like strap in between the two controller halves to extend far enough for a good fit, meaning even larger phones or bigger cases won’t hinder your gaming. The phone adapters we mentioned before also assist in the process, with a sizing card that will help you figure out how to keep your phone snug. The USB-C connection (which often is your issue), slides in unimpeded, even with the deep well of my protective case in the way. This is how all plug-in mobile devices should be designed, and Gamevice has this down perfectly.

Obviously if the controller is awful it doesn’t matter if it fits your phone, but that’s not a problem for the Flex. Licensed by Xbox, it follows your usual Xbox controller design, and it’s arguably as good as one. The thumbsticks are tight, the buttons are nice and clicky, and I love the triggers, which have a great pull to them. Beyond just that, I also love the additional ports the Flex has at the bottom, with a 3.55mm headphone jack and USB-C charging port. Both work beautifully, giving you a worry-free experience, especially considering how badly some games drain your battery. Plenty of phones also don’t have 3.55mm ports at all any more, so that addition is a huge bonus. I’ve said it before with battery life discussion in reviews, if I don’t have to think about it, you’ve done a good job, and Gamevice knocks this Xbox design out of the park. 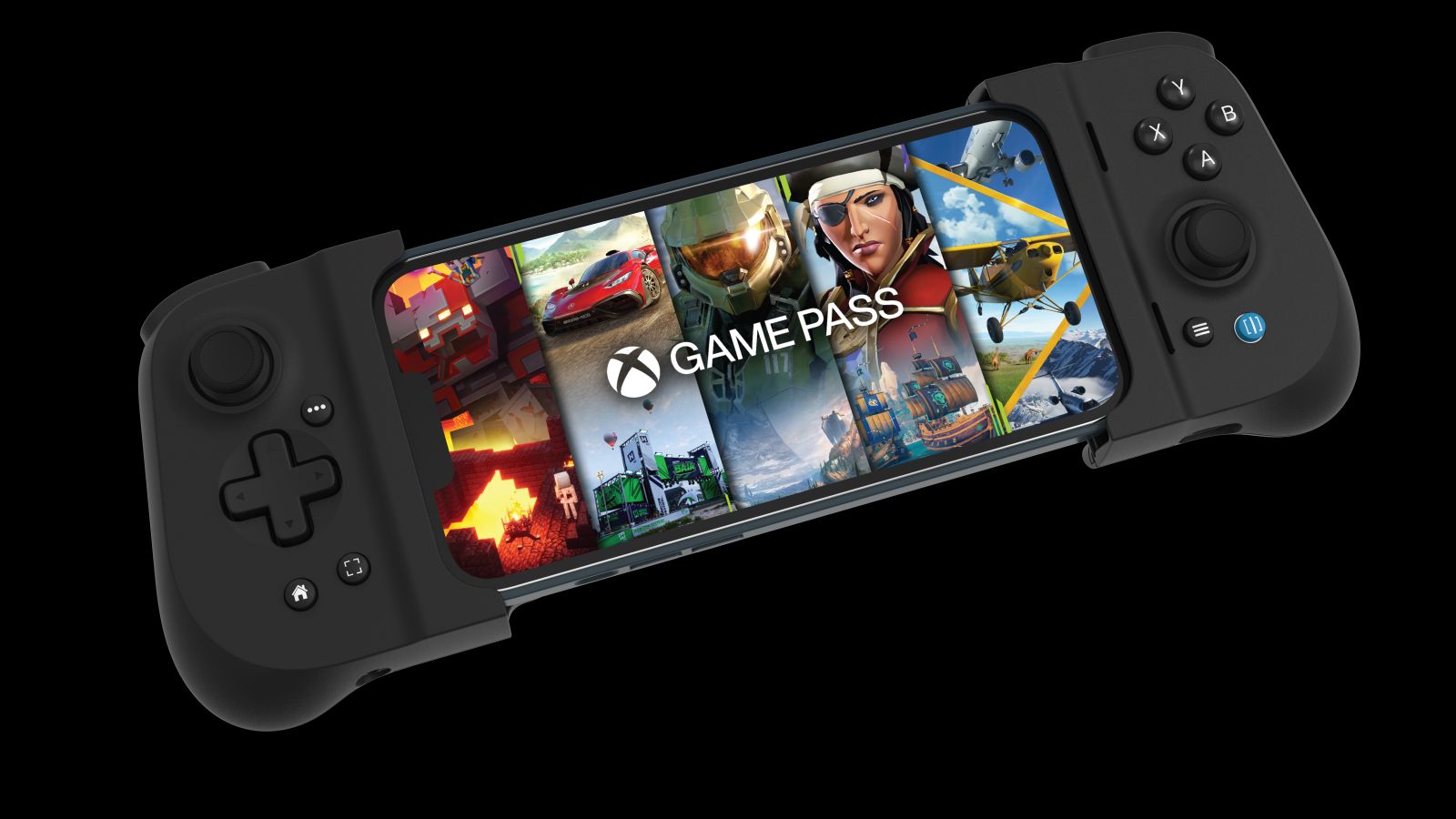 Speaking of Xbox design, the Flex is intended to be a bridge to bring mobile users into the Xbox Game Pass Xcloud library. Upon booting up my Game Pass app, I was immediately able to engage in the tons of games available using the Flex. My internet connection is admittedly a bit spotty, so I can’t say the lag wasn’t ever an issue, but if I pressed any of the buttons on the Flex, it eventually responded. It wasn’t the Flex holding me back from gaming on Xcloud, that’s for sure. It’s made with Xcloud in mind, and it works quite well with it.

You’re not just stuck to Xcloud though, with plenty of games on the Google Play Store or other streaming platforms to play. I personally played a decent amount of Diablo Immortal (which we reviewed here), and no matter your thoughts on the game itself, the Flex works flawlessly with it. Native use of the Flex with your phone brings the best results, feeling like a natural extension of a game, just like any controller should be. The only thing that stinks, not every game recognizes the Flex. A lot of it is the way the game itself works however, for instance, Call of Duty Mobile doesn’t support any plug-in controllers, which is a huge bummer.

Finding games isn’t a problem given the main app stores, but with an official Gamevice app available you’d think it would assist you in finding games that support it. While it does that, it does it very poorly, with an UI/UX that is severely underwhelming. Half the time it wouldn’t even boot up correctly, because my screen orientation was vertical rather than horizontal, requiring me to exit the app in order to run it again. Then, the Flex itself skips over multiple items when navigating the menus, which forces you to use the touch screen if you’re trying to play or install something. And finally, the Gamevice app advertises Fortnite, but with a dead link given the game isn’t even available on the Play store anymore. You could at least direct me to the apk.

You can pick up the Gamevice Flex now, available via this handy link!

Turning your phone into a gaming device isn't always effortless, but the Gamevice Flex makes it easy. Except for a less than desirable app, everything else the Flex does is aces, with a fantastic controller design and fitting nearly any phone, even with a bulky case. It may not work with every mobile game, but you’d be hard pressed to find a controller that plays what it does nearly as well. That being said, if you’re a Game Pass user looking for the best option to play Xcloud, you may have just found it.

David Burdette is a gamer/writer/content creator from TN and Lead Editor for Gaming Trend. He loves Playstation, Star Wars, Marvel, and many other fandoms. He also plays way too much Call Of Duty. You can chat with him on Twitter @SplitEnd89.
Related Articles: Gamevice Flex
Share
Tweet
Share
Submit