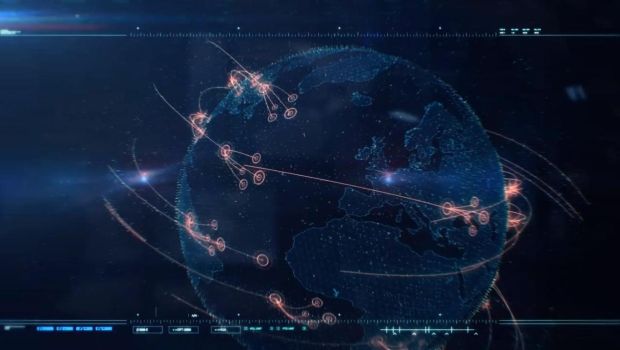 When I tallied my first impressions of Ace Combat Infinity a few months ago, I admitted that while I’d come to a few conclusions about what the game would finally be like, I was still holding unsteady hope about what the Project Aces team would ultimately do. After all, the unique developer challenge in the Free-to-play market is finding the bliss point between how much a player values their time against valuing their money, and judging by Project Aces cash-vacuuming DLC approach in full releases, there is a lot left to be desired.

So now that the newest addition to the Ace Combat series’ fleet has set off what’s the final verdict? Well, there’s a lot of fun to be had in the multiplayer fur ball of AC Infinity’s skies, but buyer beware.

Ace Combat Infinity has two modes: a campaign where you take to the mercenary dominated skies as a rookie combat aviator, call sign “Reaper”, who’s looking to earn fame and fortune in a sci-fi future plagued with corporate war, and a competitive/cooperative multiplayer series where you join with other players fighting for the highest score. The actual gameplay and control of both these options perform wonderfully, exactly what you would expect from the Project Aces team who’ve nailed down action-aviation easily as well as Bungie has FPS. The pacing, frame rates, sound, response, and event management are an opera of explosive chaos true the franchises 20 plus years of refinement. Any fan of the series will quickly notice the best parts of the previous entries all throughout AC Infinity, creating an exciting harmony of old and new elements, while new players will find the controls easy to pick up and plenty of preferences to sort through to get the best experience possible. In this regard, AC Infinity is by-the-book quality, and anyone with a PS3 and internet connection can enjoy it without paying a dime… for about a day or so.

Like any F2P experience its where and when you have to drop cash that makes the difference, and it’s here that AC Infinity becomes bit of an eclectic mess. For clarity’s sake, lets start with the campaign.

The Ace Combat series has always divided its narrative attention between two universes; an altered but still contemporary version of here… “Earth”, who found salvation from an impending extinction level event via a superweapon later used for war, and a even more science-fiction driven world colorfully named Strangereal, consisting of different continents and nations struggling to find peace after an enormous global conflict. The Ace Combat series has jumped back and forth between these universes rather whimsically, almost never giving a special subtext or alternative name to clarify which one a player would be interacting with, save maybe Ace Combat Zero: the Belkan War, which even so is still a title only devout fans of the games would comprehend. Like everything in AC Infinity, both of these universes have been mashed together, and the title goes about explaining this new Strangereal-Earth to you via an automated tutorial program your character is studying in-game between sorties.

Since the events in the game have broken down the military strength and defense budgets of this world’s nations, mercenary groups are employed to handle disputes and minimize culpability, groups which your character is a member of.

Now all of this is well and good for a story, however depending on how good you are or how “on” your AI controlled squad members may be, actually playing one of these skirmishes on average takes only a few minutes. This bite-size period of fun may be ideal for casual players tapping on a mobile phone or tablet, the F2P market’s largest homes, or maybe even a handheld system, but for a console release its nearly no time at all. The first two of the current 6 available missions can be shot down in less than 20 minutes, including the time for the expository dialogue, loading screens, and equipping your fighter. I specify the first two missions because after that point is when AC Infinity either begins reaching into your wallet or spinning the hands of the clock. To embark on any mission requires the expenditure of “fuel” (something we’ll get to a bit later), and to gain admission to mission 3 and onward you need to start shelling out credits, the in-game currency, or actually buying the entire current campaign itself with actual cash. While only 6 missions were available when I started playing the game, purchase of the campaign pack appeared to cover the planned first eight, at which point you can sortie in any of the missions you want as much as you want without using any of your hard earned resources.

Now I have to admit, for the most part I see this as a good thing, because it allows a player to actually play a game the way they would want and earn rewards in a  functional way. However, that “functional way” will still be limited by how much you play multi-player.

The co-operative multiplayer of AC Infinity takes place as series of side-missions to the campaigns core narrative. Here, two teams of two or three (with additional “bot” controlled fighters to round the squad size to four), or two teams of four,  compete in a high-score challenge on the same map. The objective is simply to do the most damage possible to the enemy forces in the time allotted, which is normally about ten minutes. Different targets yield different scores determined by their color on the radar and difficulty. During this time, a special emergency objective will appear, requiring all the players to join forces to take it down. These objectives can range from a flight of enemy bombers, a squadron of enemy ace pilots, to massive submersible carriers, which yield extremely high points. This arrangement allows players to enact different strategies and help even out the disparity between skill and equipment. A pilot with an extremely fast plane may be able to reach and engage a particularly high value target before anyone else, but a slower aircraft with a less experienced controller can still tally up points picking off the easier and more numerous ground based units. All and all its very engaging, extremely fun, and minimizes the numerous problems you’d find in the more direct PVP arenas attempted in other Ace Combat games and its clones series like Tom Clancy’s HAWX. Sure I still had a few missions where I lost to my opponents tech and rare assortment of abilities more than to the player themselves, but that was the exception. Normally me and my team won or lost depending on what we did or if we worked well together.

It’s the numbers where AC Infinity may lose people, and as always Project Aces tends to aim high. The fuel required to take part in any of the missions comes in two flavors: supplied, the fueled you gain over real time between missions, and stocked, the fuel you earn as rewards for completing challenges or actually purchase with cash from the Sony Playstore. Supplied fuel cannot exceed 3 units, and is given 1 unit at a time every four hours. Meaning if a player wished to use only supplied fuel, they could play roughly 45 minutes, at most, every 12 hours. Stocked fuel can stack in your inventory indefinitely, and may be used for any of the games modes as the player sees fit, however if you did wish to purchase more, to say, play longer with your friends or complete time sensitive events, the cheapest packages go for a dollar per unit and up to $35 for 50.  The aforementioned campaign pass will run you around $20 bucks, a third of the price for a full Triple-A release for less than a quarter of the content of any other AC title, but as the game isn’t fully available yet it’s still a little hard to say how much value that will really get you. I didn’t notice any parts of the game which were straight up unavailable if a person stuck only to the freely offered content, but the in-game sums were still enormous. My highest credit total has been around 180,000 so far, and buying new planes and new campaign missions normally costs about 70,000 and 300,000 or more. That translates into a lot of days of playtime without cutting  corners and ponying up some dough. There’s a lot of potential for buyer’s remorse here, but at least the description of what you’re paying for is relatively transparent, so whatever you feel about what you’re buying it shouldn’t won’t be “cheated”.

In its current state, I would have to say that Ace Combat Infinity is a fun diversion, but a slightly haphazard and dangerous investment. This experiment of combining absolutely everything, including F2P MMO and  F2P mobile tropes feels a little shortsighted, particularly since all the games models, settings, locations, and features are lifted from earlier installments. As a sit down, console title, Project Aces may have been better off setting a modest subscription price with more content instead of this nickel’n dime approach via a recycled, nostalgic, cash-grab. A free month of content with a series of episodic expansions or a $5 per-month fee might have turned my head in a  real way, but in its current state I wonder how long AC Infinity can maintain its altitude.

Ace Combat Infinity is a lot of fun and Project Aces are masters of their craft, however its free-to-play approach seems a bit muddled. The resupply rate of fuel, the price of add-ons and the content you get for it, while well balanced individually, becomes a mess when pulled together. As a free game this is definitely worth taking for a spin, but as monetary investment this title still needs to find its wings.