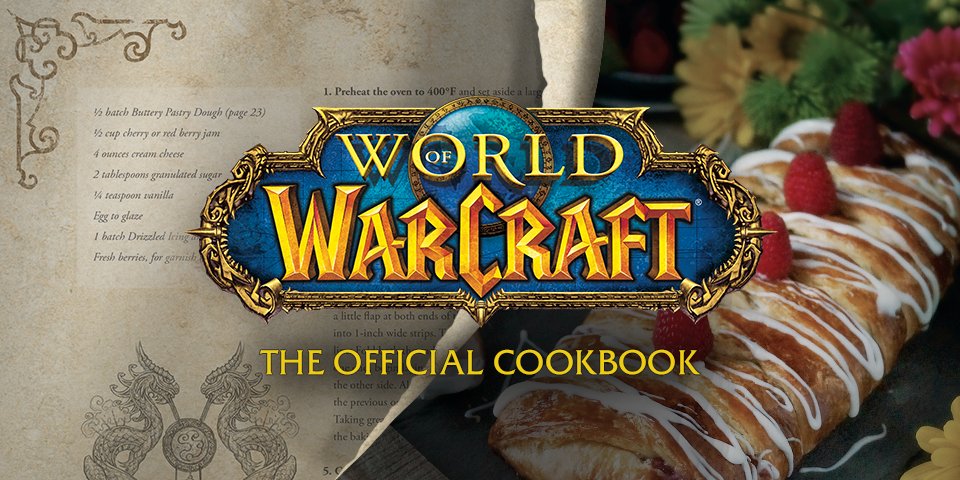 With Thanksgiving around the corner, food is what it’s all about (apart from family gatherings and being grateful, that is!). Turkey, stuffing, cranberry sauce, family recipes here and there, exchanged from table to table. But sometimes, you might want to shake things up a little and try something new. Well, for World of Warcraft fans, we have just the thing.

Written by Chelsea Monroe-Cassel, the official World of Warcraft Cookbook has a recipe for every occasion. There’s even a section known as Azerothian Feasts that lists a number of recipe combos for various in-game occasions such as the Darkmoon Faire, Pirates’ Day, or most appropriately for this time of year, Pilgrim’s Bounty.Now, I couldn’t go through each recipe and critique every little ingredient or direction, so I picked three dishes to create: Dragonbreath Chili, Dalaran Brownies, and Graccu’s Homemade Meat Pie. And while I am not as well versed to the names of the dishes and their relevancy to the MMO, I was assured by my roommates, who are coincidentally all in the same guild, that the book did a good job at representing the different cultures of Azeroth.

Now, I couldn’t go through each recipe and critique every little ingredient or direction, so I picked three dishes to create: Dragonbreath Chili, Dalaran Brownies, and Graccu’s Homemade Meat Pie. And while I am not as well versed to the names of the dishes and their relevancy to the MMO, I was assured by my roommates, who are coincidentally all in the same guild, that the book did a good job at representing the different cultures of Azeroth.

Before I get into the dishes and how it was making them, I’d like to point out a neat little feature in the cookbook. Every dish has a difficulty level that ranges from Apprentice to Expert to Master. The Achievements section gives a small blurb on leveling up as a cook, akin to leveling up in the game. It was a charming feature and added something fun to set it apart from just any other cookbook. While the Dalaran Brownies were ranked at Apprentice level, both the meat pie and chili were considered Master. Considering my mediocre talents as a cook (and the fact that I did have help making these dishes), I imagine it won’t be too hard for anyone to pick up this book and find their bearings with relative practice.

First, the Dragonbreath Chili called for everything to be cooked in a stockpot, and anyone that has made chili before may or may not find that strange considering some prefer to brown all the meat in a separate pan before transferring all the ingredients into the pot. The result of the stockpot was that the meat just cooked slower. There were a couple setbacks to this recipe, though. One of the ingredients couldn’t be acquired in my vicinity, the Thai pepper. If you want to go 100% from the book, I recommend looking for a World Market or something similar that may have more variety in their groceries. Additionally, there was a typo in the ingredients list that simply said “1 teaspoon”, but nothing followed. Whether or not that missing ingredient was crucial to the recipe, we’ll never know. The chili turned out fine and gave us leftovers for the next few days.

The Dalaran brownies were simple, yet called for a glaze and garnish I had never attempted before as an amateur baker. The glaze was little more than confectioner’s sugar, butter, milk and cocoa powder, but I’d never made my own glaze before and had to substitute butter for oil so I felt like I was going in a little blind in terms of knowing what the right consistency was. There was nothing particularly spectacular about the brownies, but they were delicious and made for a well-portioned dessert following something as filling as Graccu’s Homemade Meat Pie.

The pie was by far the most intricate meal of the three but was also the most satisfying to see completed and then promptly devoured. While the cookbook gave very simple directions for homemade pie dough, I was lazy and bought some to save time. (The cliched adage “store-bought is fine” works out super well here!) The preparation and cooking procedure wasn’t so much difficult as it was very time-consuming. I would recommend, to amateurs, not starting on this dish at 6:30 pm if you wish to eat before midnight, as this is what happened to us. And while it was delicious, I would rather have eaten at a reasonable hour, but that is no fault of the book.

Other things to note about the book are sections such as the dietary information, laying out all the dishes that qualify as vegetarian, vegan, gluten free, or dishes that could be made so through simple alterations. The book itself was a sturdy, high quality hardcover book with semi-gloss pages. While I did keep it in the kitchen with me while I cooked, I didn’t risk putting it too close to the oven to test its resistance to heat. It’s just too pretty! What few illustrations it has are reminiscent of the game, but also have a unique style that set them apart as a separate work. For example, a picture of two dwarfs toasting two hearty mugs of ale towards the back of the book, while it is faithful to the character designs and mood of the game, appears as more of a high quality fanart piece.

It was a fun book to cook from. The dishes that we cooked were delicious. While a few directions took some rereads to understand, the steps were mostly easy to follow, even in higher difficulty dishes. All the images of each item are beautifully laid out, establishing the setting as a World of Warcraft book, including the icons from the game for each dish. I will definitely be making some dishes from this book for Thanksgiving this year.