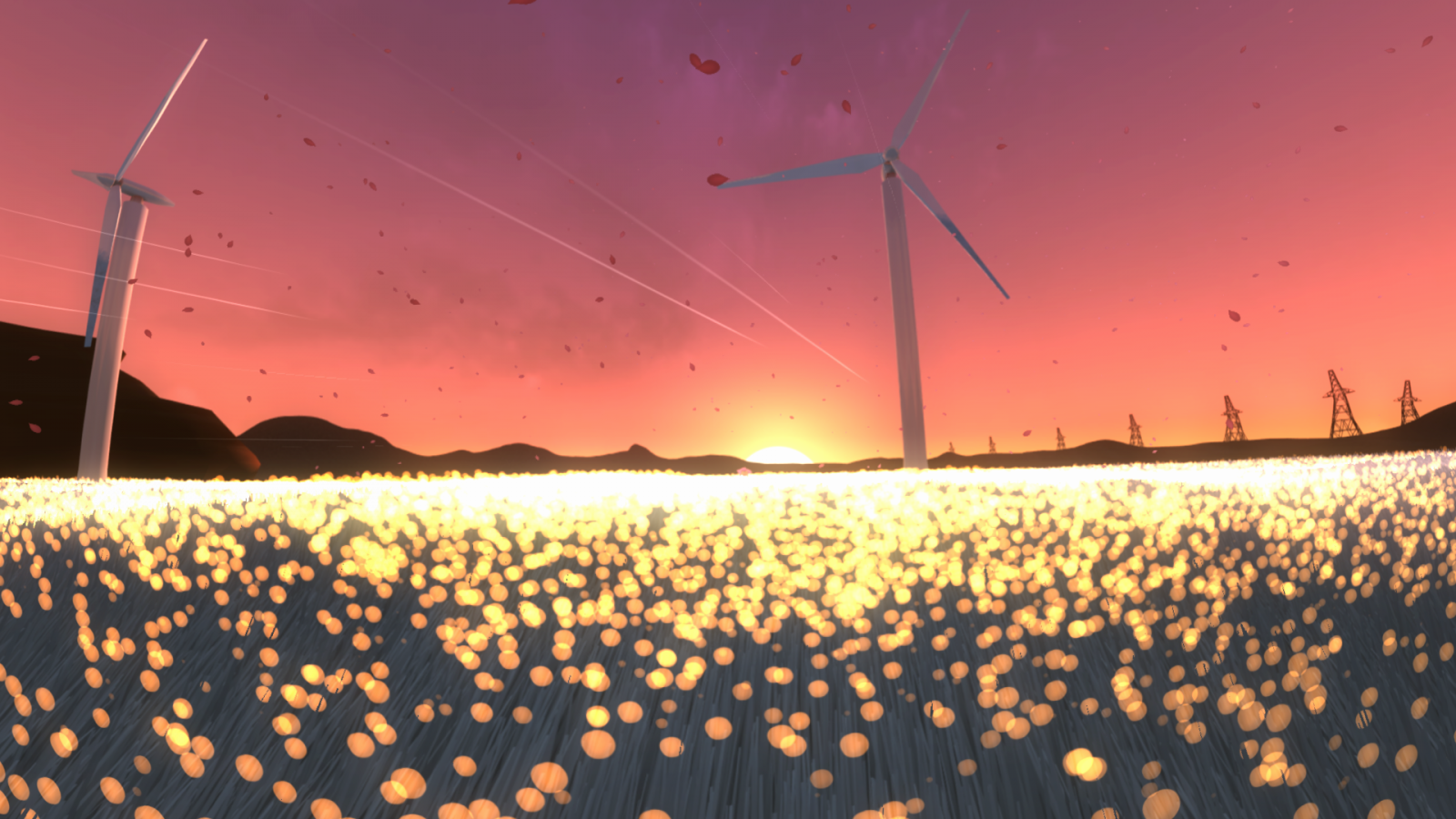 Of the fruit borne by the partnership between Epic Games and Annapurna, thatgamecompany’s string of relaxing, flow-centric experiences is among the most hotly-anticipated additions to the Epic Games Store. After a decade of PlayStation exclusivity, PC gamers can finally get their dose of calm and colors with Flower, the first thatgamecompany game to hit the storefront.

There’s no better way to describe Flower than as a never-ending rush of satisfaction. The feedback, whether it be a rush of colors, the dancing of flower petals, or some buttery music notes, is unparalleled. Every goal achieved isn’t without reward, and that goal feeds into a larger goal with a larger prize, and a larger one after that—everything exists to serve a fulfilling, serene experience. 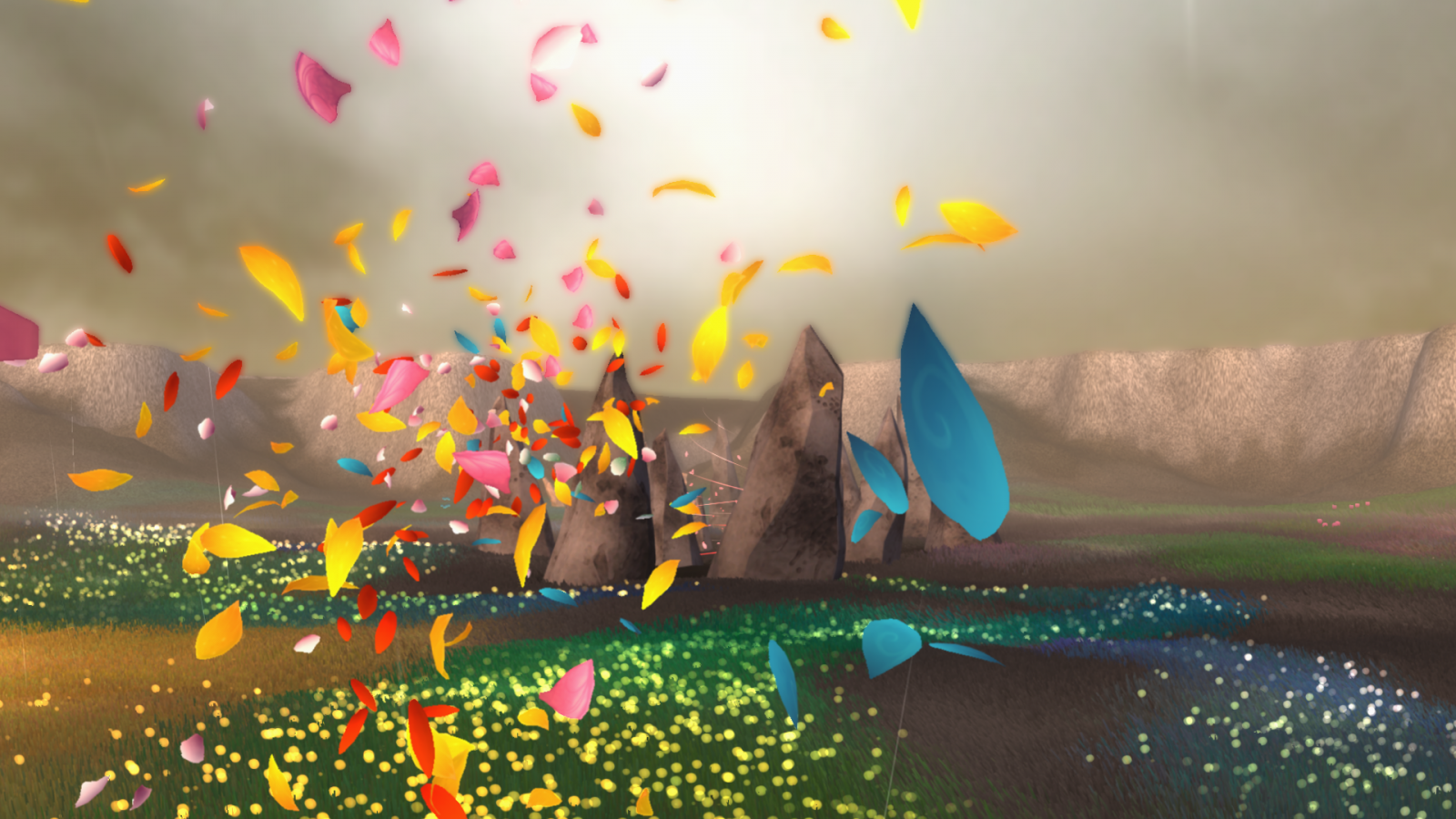 Players control a lone flower petal as the wind, leading it to more flowers to collect more petals, growing a trail of myriad petals and colors. Completing certain patterns and patches of flowers transforms the landscape and opens up further objectives for completion. Players will find themselves repeating these tasks across all six of the game’s levels (1-2 hours of playtime), but not without new environments loaded with unique vistas and sensory pleasures, backed by beautiful piano and woodwind-led tracks.

A number of graphical options come with the move to PC—nothing outside of the basics, but they are welcome additions. Mouse controls afford more precise movement than WASD, but here lies the core issue I have with Flower’s PC port. Flower’s PlayStation 4 port remains the definitive version of the game with its improved motion controls. Many can agree that tilting the controller as if flowing in the wind yourself played a key role in immersing the player, and that’s without mentioning the subtle controller vibrations. The haptic feedback is sorely missing from mouse and keyboard. Turns are considerably harder to make with keyboard and mouse; I often found myself lifting and sliding my mouse ferociously while attempting sharp turns—not very relaxing. However, it’s more than serviceable, just not ideal. 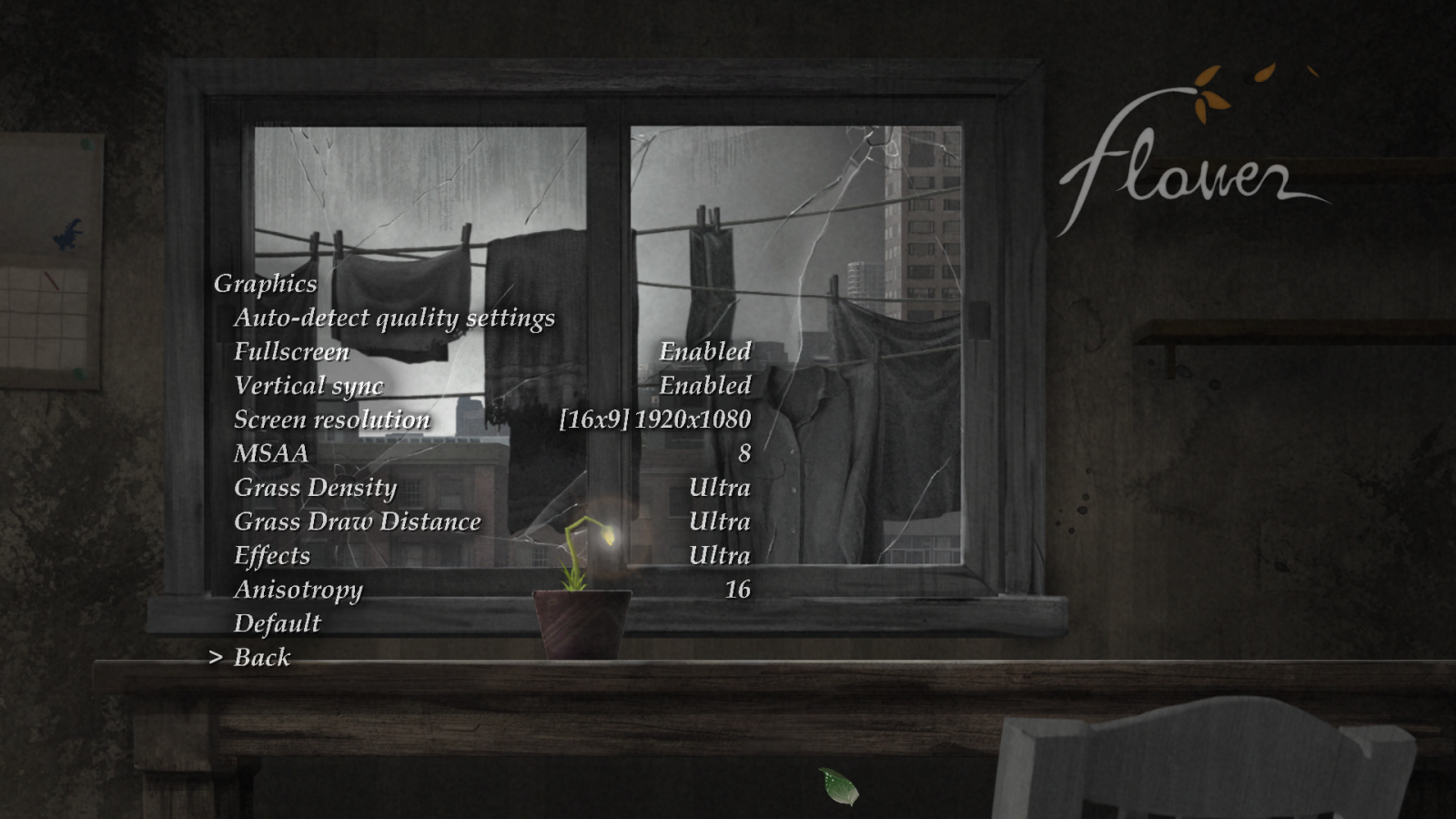 Another complaint, albeit minor, is the occasional difficulty distinguishing between colors. Flowers that require the player’s attention give off a gentle glow based on their color, which at times can blend in a little too well with surrounding lights and flowers. There are only a handful of offenders, but for the most part, the game’s ability to guide the player via colors and the motions of the greenery is nothing short of impressive. Flower doesn’t expect too much effort on the part of the player, it’s a game for the player to lose themselves in, not one that demands heavy thinking. Yet, it also avoids granting the player too many facile victories, upping the challenge little by little to keep players in that perfect flow state. A combination of on-rails and player-controlled movement aid in the curation of the experience as well—just when the player thinks they’re being controlled, control is given back to them.

The love and meticulousness of thatgamecompany can be seen and felt in every second of Flower. Even the credits are good! It’s a must play for those who missed out on the PlayStation releases, but for those who wish to experience the magic again, then it’s best to replay it on PlayStation 3 or 4.

Every aspect of Flower serves its singular vision: nourishing and maintaining a 1-2 hour Zen-like experience. Vibrant colors, an incredible score, and meticulous eyes overseeing the game’s pacing—Flower rises to the occasion. A decade later, little has changed, though the PC port suffers a good deal on account of its mouse and keyboard controls.

A self-deprecating, overly sarcastic pair of glasses that occasionally possesses a human host in order to partake in the delightful process of playing video games, then immediately complaining about them. When he is not playing games (a rare occurrence), he can be found either writing about things that no one cares about, or haunting the quiet streets of his Canadian suburb.
Related Articles: Flower, Indies
Share
Tweet
Share
Submit