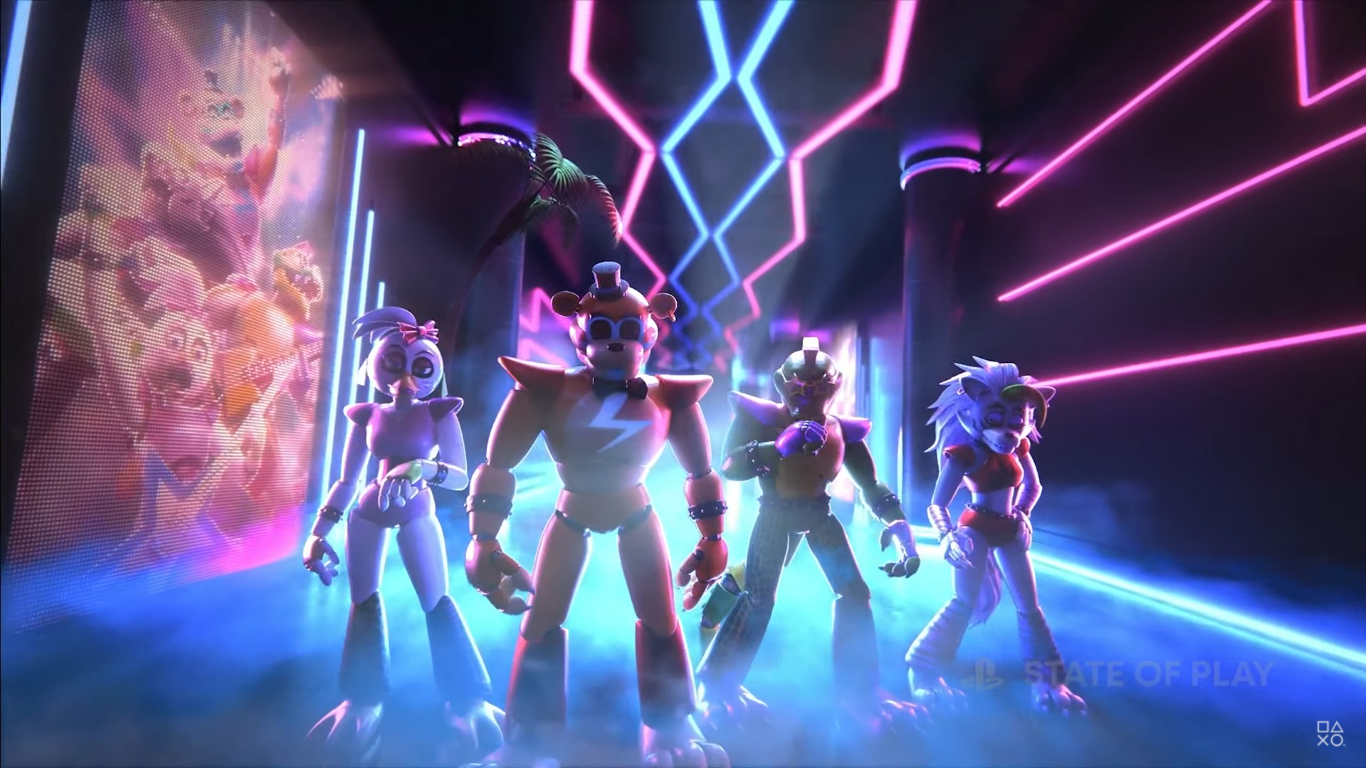 Five Nights at Freddy’s is an indie game series created by Scott Cawthon, the first of which was released back in 2014. The games earned major acclaim and are a huge success, spanning multiple sequels, with the latest game, Five Nights At Freddy’s: Security Breach, being the tenth game in the franchise.

The game follows Gregory, a young boy who finds himself trapped after hours in Fazbear’s Mega Pizza Plex. He is convinced the security personnel are after him, so he goes to the titular Freddy Fazbear who surprisingly offers to help him find an exit as he evades the other, not-as-friendly animatronics along the way. While the game’s story is far from a narrative masterpiece, there are some great moments that stand out from the rest, as well as tons of nods and references series fans will appreciate.

In terms of gameplay, Security Breach is also the most unique game in the series thus far. As opposed to sitting in a room watching security cameras and trying to keep the doors closed with a limited power supply, players will instead be able to freely roam around the facility as Gregory from one location to another as well as run, crouch, and hide while trying to evade several animatronics on the map. Players will also have access to a nifty tool called the Faz-Watch, which allows them to view maps, read messages picked up from random areas on the map, check security cameras for nearby danger, and look at their current objectives. 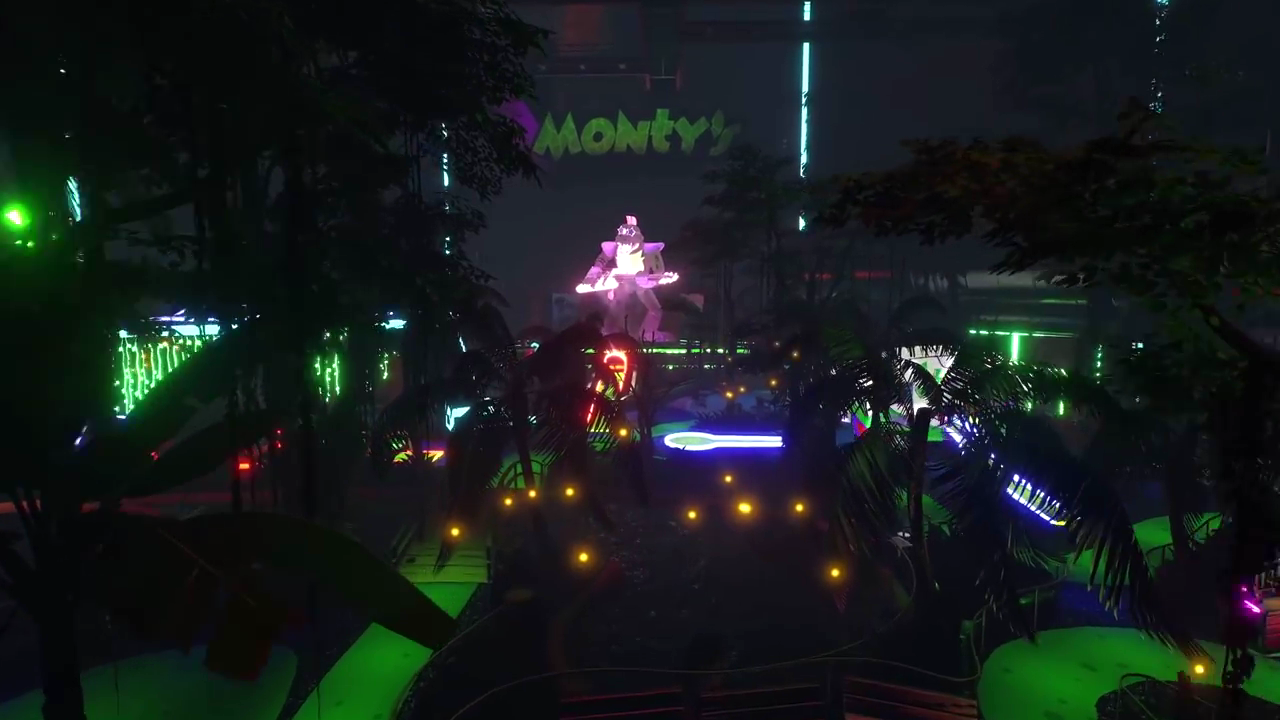 An aspect of the game I enjoyed is that no two areas are the same as each looks vastly different from the other and has a central theme, from the noisy and expansive Main Lobby and packed Gift Shop to the colorful Daycare Center and dimly lit Food Court. However, because of this, trying to traverse each new place comes with its own set of hurdles as a lot of the danger will mostly be unknown to you. Although most of them will also be limited to just jump scares and random chases. While I didn’t find any of these scary, the game does have many elements that make it unnerving in both positive and negative ways. 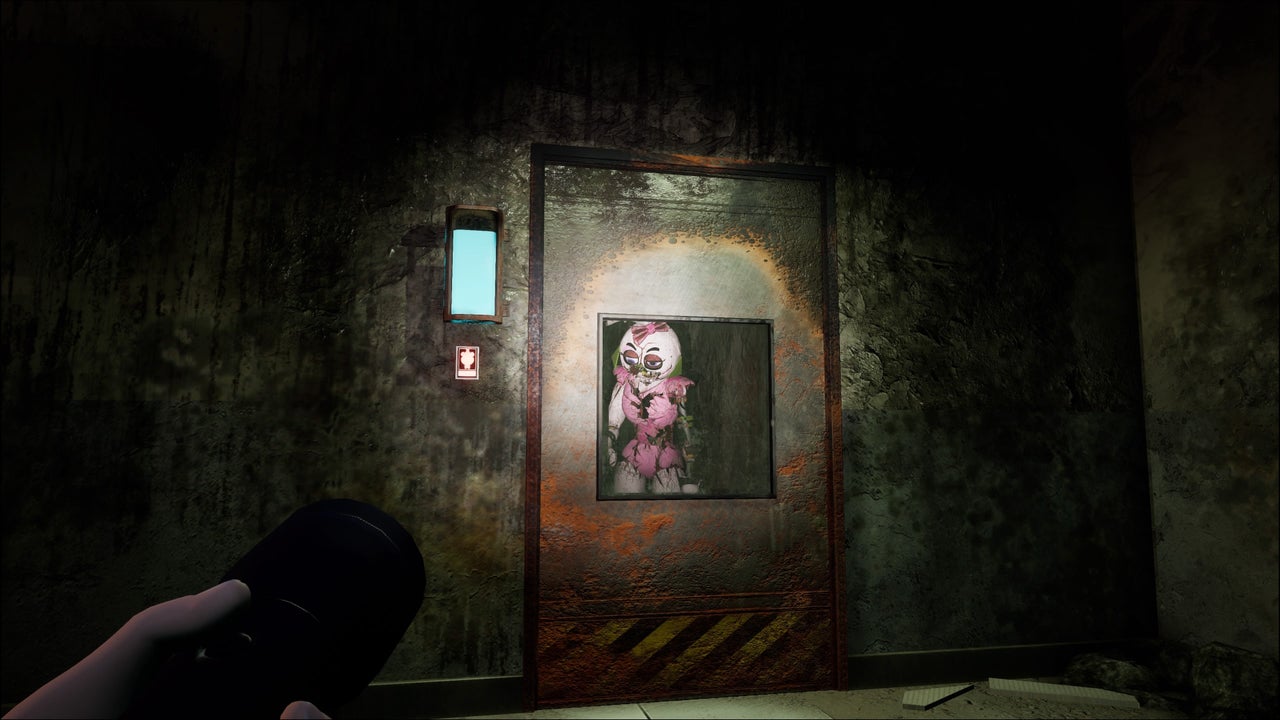 For one, the player will only be able to save their progress when accessing one of the many save points scattered in different areas of the map, not unlike other survival horror games like the Resident Evil Series. What makes this especially difficult is that if you’re caught even once while trying to access one of these save points, you’ll be forced to restart the whole level or specific encounter with an animatronic, some of which take a while to evade or beat. What’s worse is that said animatronics often appear out of nowhere if you mess up in the slightest while trying to move about unnoticed, which will happen a lot.

Unfortunately, Security Breach is also teeming with other bugs and glitches on PC. Sometimes the animatronics will get stuck on walls or objects while chasing you. Other times buttons will just refuse to work for no reason at all. The most annoying technical issue, however, is the constant frame rate drops I experienced throughout the game, which remained consistent no matter how many times I tried to tune the graphical settings. 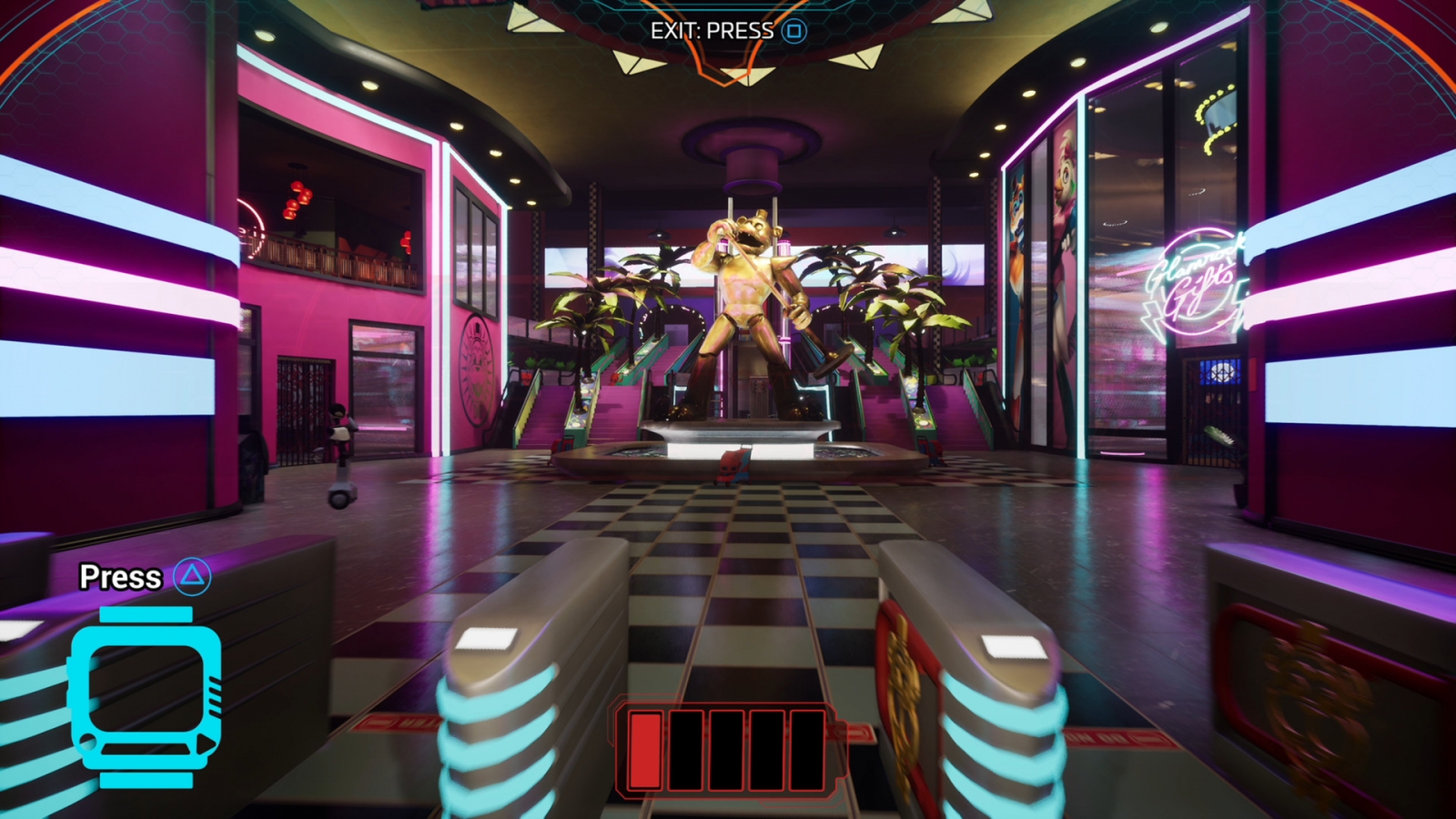 It is not all bad, though, as visually Security Breach is one of the best-looking games in the series. The game sports detailed fully 3D models as well as vibrant and aesthetically pleasing levels that actually make you feel like you’re in a malignant Pizza Plex. The animatronics also exhibit the most visual detail which is mostly seen chiefly in their trait of degrading in appearance over time as the game progresses. Security Breach also features a talented cast of voice actors who do a good job voicing each animatronic and their dynamic personalities. 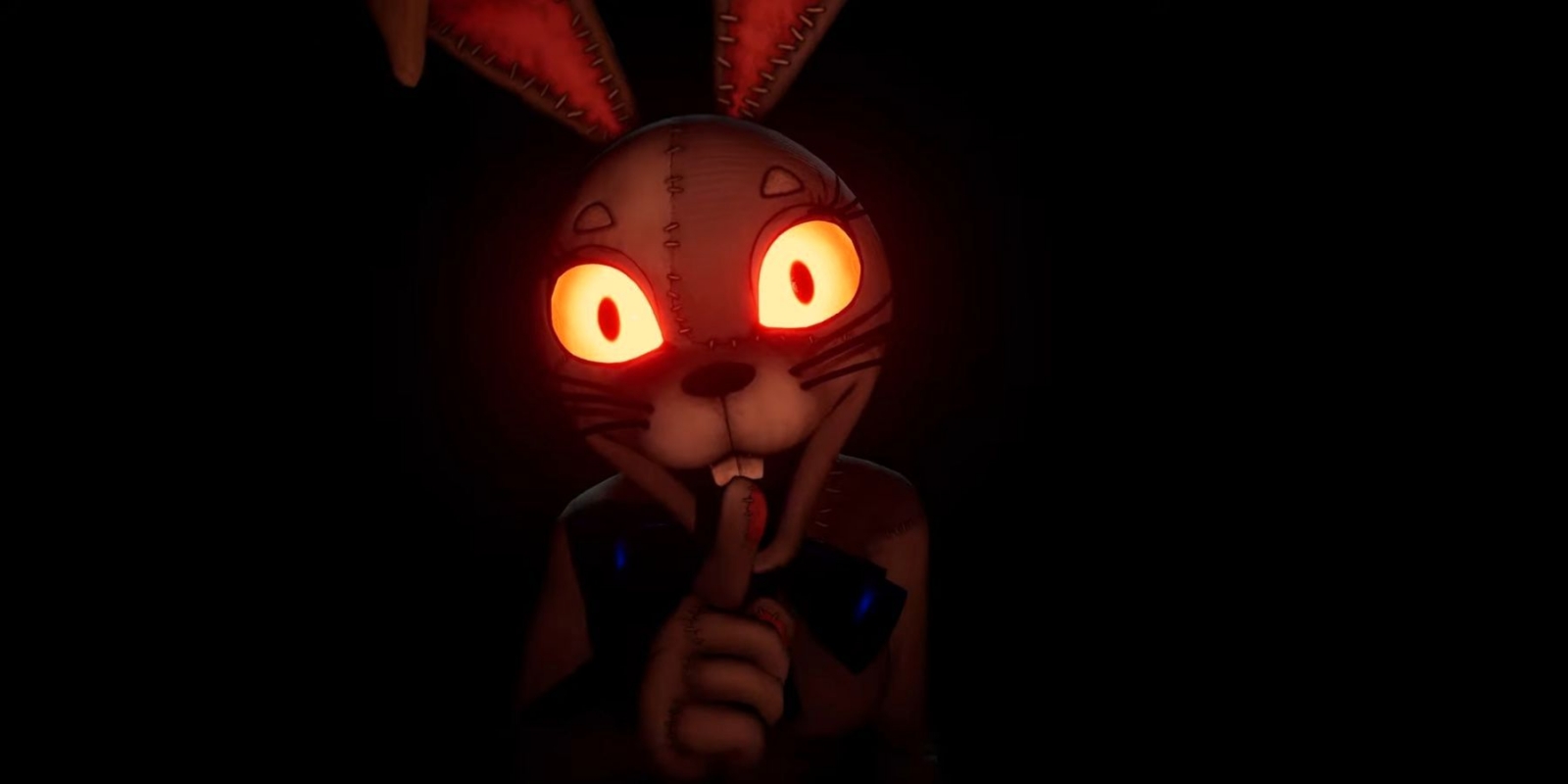 All in all, Five Nights at Freddy’s: Security Breach offers a very mixed experience. The game includes lots of narrative surprises, as well as nods and references to older games in the series that’ll shock and delight fans, while still including gameplay elements any survival horror fan will enjoy. It’s just too bad that it’s also riddled with bugs, glitches, and mediocre scares compared to previous titles in the franchise.

While offering a lot more varied content from previous installments, Five Nights at Freddy's: Security Breach is unfortunately riddled with a myriad of technical and design issues. As a result, it’s a title I can only recommend to hardcore series fans and survival horror fanatics after most of its issues have been fixed.

Abdul Saad is an avid gamer and computer geek. He's been writing for four years on news, reviews, previews, and more on multiple gaming sites. When he isn't writing or playing the latest JRPG, he can be found coding games of his own or tinkering with something electrical.
Related Articles: Five Nights At Freddy's: Security Breach
Share
Tweet
Share
Submit