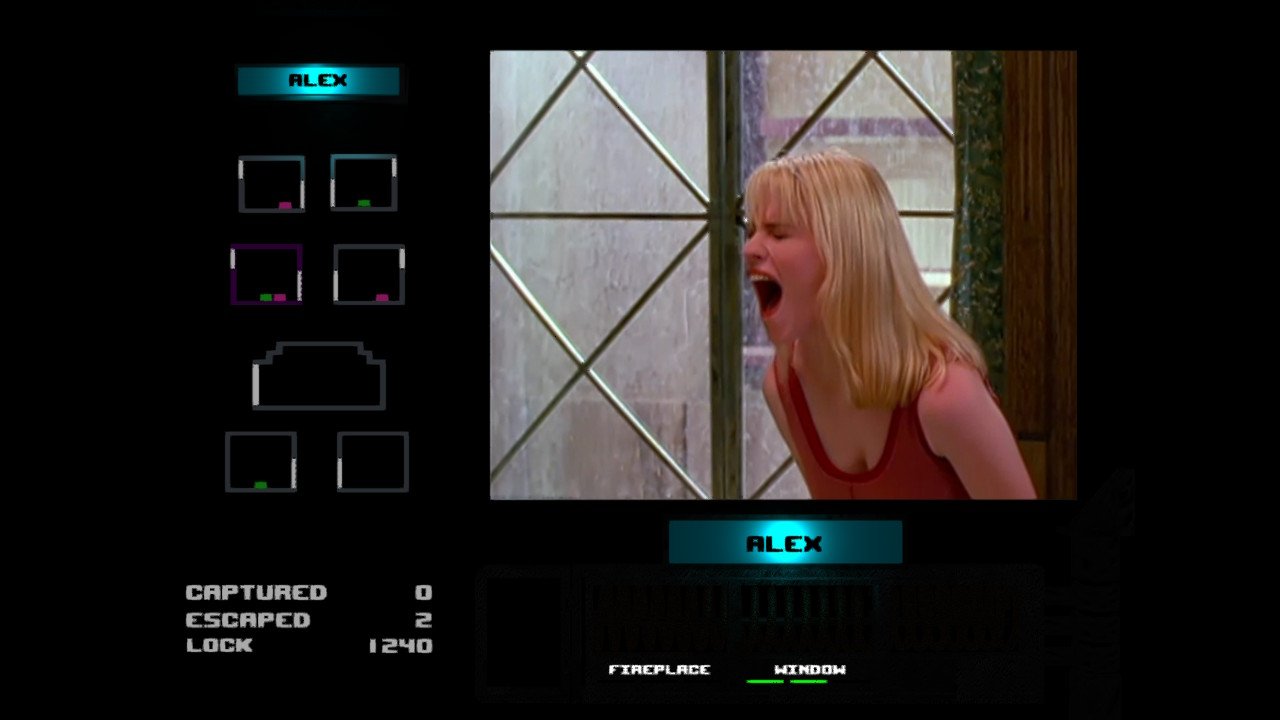 I’ve been having a ball with full motion video titles, and Wales Interactive has led the way for the modern era of the FMV game. I also really enjoy the Five Nights at Freddy’s franchise, even though I’m so sensitive to jumpscares that I still haven’t completed a majority of the games. The old FMV title Double Switch recently celebrated its 25th anniversary, and thanks to Screaming Villains and Limited Run Games, it received a Switch release as well. While a frustratingly difficult learning curve and some bugs hold it back, Double Switch: 25th Anniversary Edition is still a rather impressive piece of history that might interest those looking for a cheesy movie night. 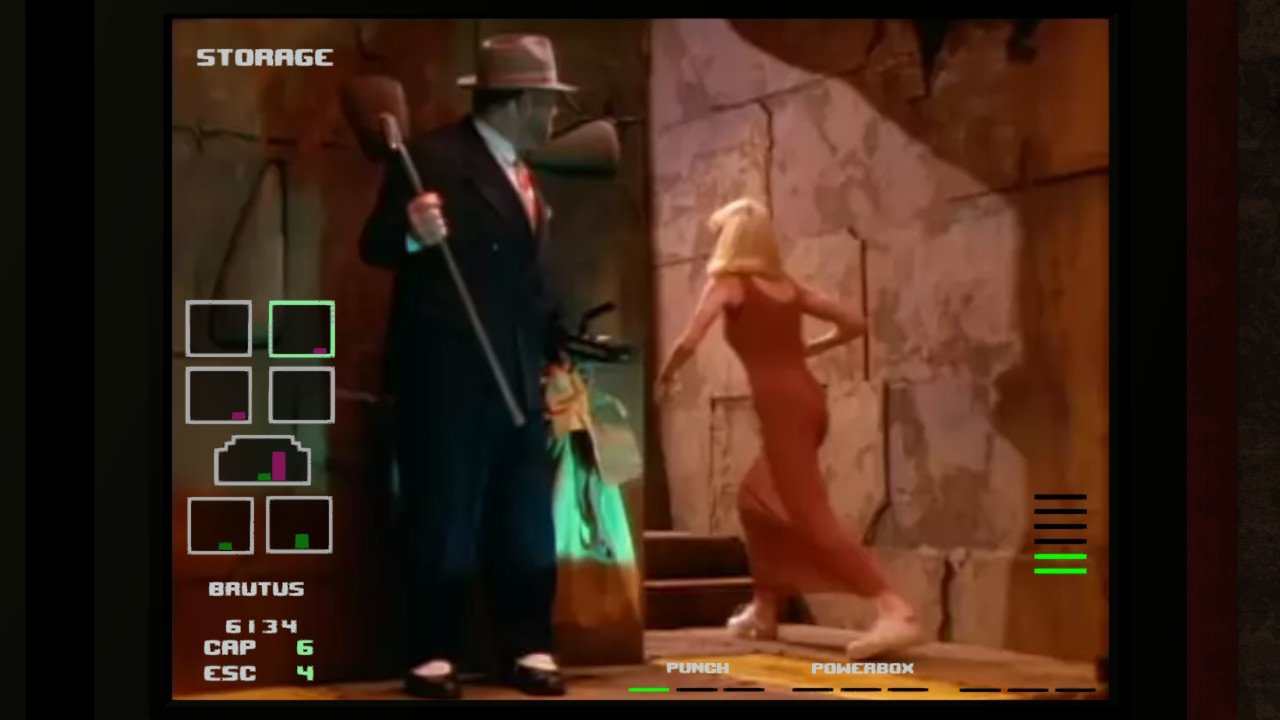 Double Switch takes place in the Edward Arms apartment complex, where you’re contacted by a man named Eddie who’s locked in a basement. He tells you that he needs your help to stop some criminals from raising a ruckus in the apartment complex, as well as how to stop them: with some Home Alone style booby traps rigged around the hotel. Caught in the action are a cast of various tenants that are going through their lives; you’ll have to protect them as well lest you get a game over. Of course, there are more sinister elements afoot (Mobsters! Egyptian artifacts!), but there’s a lot going on here that you might not be able to see it in a single playthrough.

Throughout three acts, you’ll need to familiarize yourself with the different rooms as you switch around different cameras ala Five Nights at Freddy’s. Notifications will pop up periodically that tell you if a tenant or a bad guy is in a certain room, with different timing cues sounding off if you can activate a trap. In order to do this, you must prepare the trap by pressing the corresponding button thrice, and then pressing it a fourth time. While you can prepare simultaneous traps, the system will overload if you do this with enough of them at once, shorting the controls for a brief second. In order to keep playing, you’ll have to anticipate random enemy moves as well as the timing for predetermined events; missing a trap could lead to failure later. Most enemies will move in certain ways, and letting more escape than get trapped will lead to a game over as well.

While I did appreciate the trial-and-error gameplay of Double Switch (which is actually more refined than its predecessor, Night Trap), I found myself frustrated after a dozen or so tries in the first act, barely passing it afterwards. The timing is too strict and you’ll need to memorize certain patterns in order to play competently. It doesn’t help that the full motion video sequences are pretty remarkable considering the time period and I wanted to see them while playing. Granted, you probably will see all the footage due to the fact that you’ll be retrying endlessly, but I wouldn’t mind a breather just to see an important cutscene. I do have to commend the story at hand, as it totally captures the campy vibe of the 90s. However, the whole game clocks at under an hour (though you’ll definitely play it longer due to the frustrating nature of the game), so it might be a bit too short for its asking price. 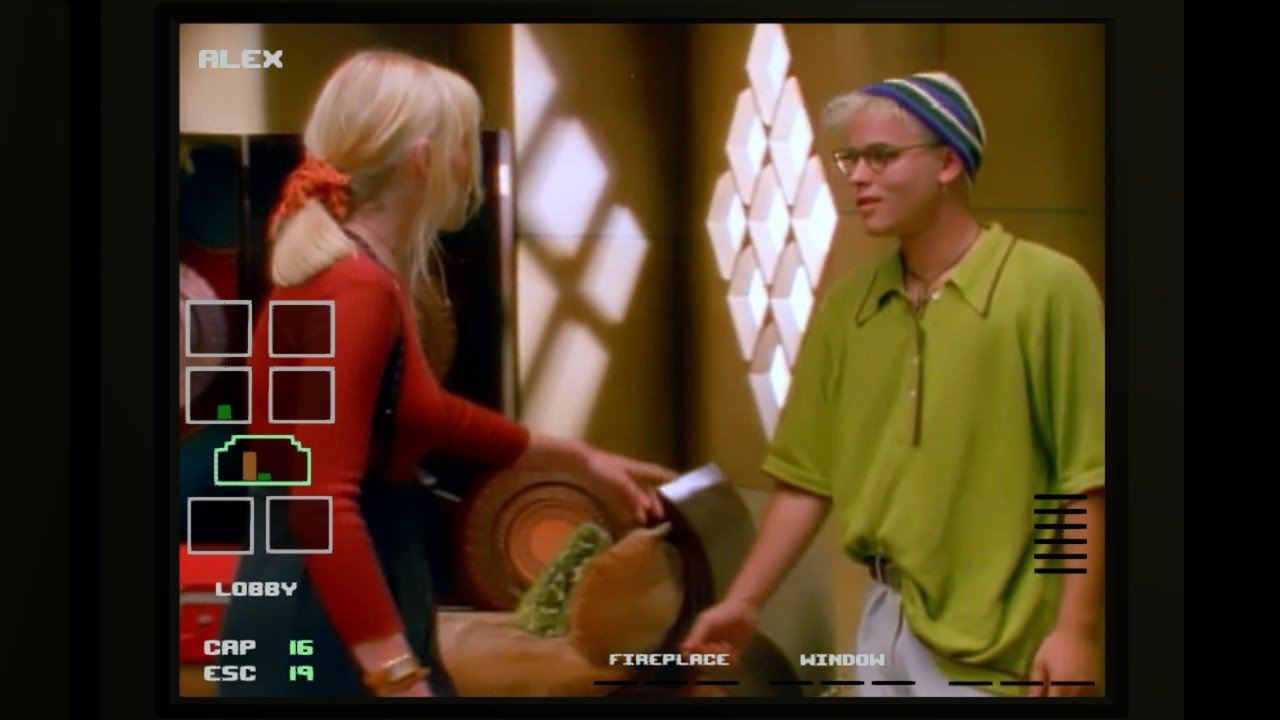 While the base game is hit-or-miss, the extra content included in this remaster is pretty nice. You’ve got updated menus, some extra video content, as well as the ability to change which version of the game you’re playing; this leads to a different UI and even graphics changes while playing the game. While I did opt for the original Sega CD graphics when first playing, I went with the modern scheme afterwards (which has the benefit of full-screen video and a camera layout that feels like Five Nights at Freddy’s). I can see that a lot of love has been put into this remaster, and Screaming Villains did a great job with this. That being said, there were a few graphical hiccups during my playthrough, as footage would sometimes hang or freeze and I would have to switch camera views to get out of this problem.

Double Switch: 25th Anniversary Edition is a great remaster of a competent FMV title. While the archaic frustrations are still present alongside some technical hiccups, it’s still a nice trip down memory lane for those who want to relive the 90s era of live-action gaming.

Elisha Deogracias is an aspiring accountant by day, freelance writer by night. Before writing for Gaming Trend, he had a small gig on the now defunct Examiner. When not being a third wheel with his best friends on dates or yearning for some closure on Pushing Daisies, he's busy catching up on shonen manga and wacky rhythm games. Mains R.O.B. in Smash. Still doesn't know if he's a kid or a squid.
Related Articles: Double Switch: 25th Anniversary Edition, Indies
Share
Tweet
Share
Submit