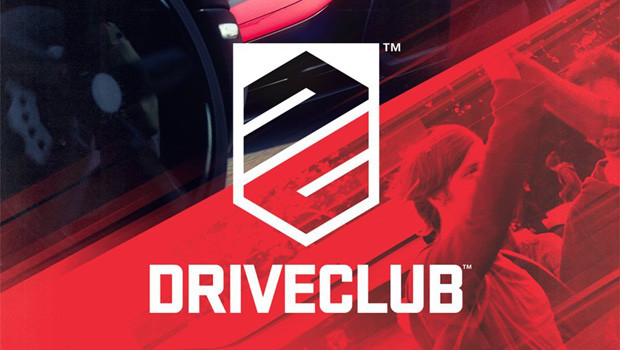 With so many new racing titles coming out in the approaching fall/holiday months, it can be a confusing time for fans of the genre looking to get the most mileage for their buck. Rather than fueling a fruitless debate between console exclusives using side by side comparisons and spouting system specs, I’ve instead decided to focus on the qualities that make DRIVECLUB unique as a next gen racing game while also going over some of the things I wish might have been different. After nearly two weeks of meticulously picking through it from top to bottom, I’m finally ready to share with you what’s under the hood of this highly anticipated PS4 exclusive

Originally announced as a PS4 launch title, DRIVECLUB underwent numerous setbacks and delays ranging from development team restructures to technical issues. Now, just shy of a year-long wait, it’s fortunate that it seems it was time well spent since the end result is one of the most gorgeous-looking games I’ve ever played. I really cannot stress that enough: This game is absolutely stunning.

If you’re among those who watched the early release footage with your arms crossed thinking there’s no way this could possibly be real, rest assured, it’s real and it’s awesome. As a system exclusive, DRIVECLUB was designed by the production team at Evolution Studios (makers of MotorStorm) to highlight the best of the PS4’s capabilities. Some of the effects, such as leaves getting kicked up in your wake, or the peacefully gradual transition from a sunset desert track into a star-filled night, are so convincing that there were times when I lost myself entirely in the illusion and forgot I was playing a game at all. If you own a PS4 and you ever want to show it off to your friends, this is the game you’ll be booting up.

The lighting on the cars looks fantastic and lifelike. It’s absolutely amazing to witness the instant change as you pass from a blindingly lit road into the randomly speckled shadows cast down by a tree-covered section of the track. Butterflies whiz by, birds fly overhead and fully rendered onlookers cheer and release hundreds of colorful balloons into the air as you corner turns and kick up dust particles. All this, and not a moment of slowdown.

Something that may get overlooked but I feel is well worth mentioning is the intense attention to detail in the extrasensory department of DRIVECLUB. The ambient sounds are highly expressive of your car’s actions and of the environment passing around it. Rather than relying on a handful of pre-canned sounds, the effects organically change as you make your way through the track. The grinding of a car hitting your back right bumper is easily distinguishable from one hitting your front left, while also registering differences in impact, speed and force. Variations in road surfaces are also instantly conveyed as are the minute variations in your engine as you give it more gas or hit the breaks.

Just to add some icing to this virtual experience, the rumble of the PS4 controller in this game is quite possibly the most expressive controller-shaking I’ve ever felt. Much more than simply shaking on impact, the new dual-motored rumble of the PS4 controller (which can be further increased in the options menu) insanely registers every tiny nuance that you experience on the track with different levels of intensity. It actually feels different when you pass over gravel than it does when you drive over grass or paved road; I could even feel the individual boards passing under my tires as I sped over a wooden bridge. I’m not kidding, I actually stopped and drove over the bridge at various speeds just to test it and sure enough, the rumble magically projected the passing boards bumping back at varying intervals. I used to get pumped when my controller simply shook and my character grunted when I hit a wall, but now games are developing to the point where even a blind man could get a kick out of them. These are very exciting times we live in.

Whew, now that we’ve covered some of the exterior appeal of DRIVECLUB, how does it actually perform and handle as a racer? While some might consider this an arcade-style title, on account of its point collection system that encourages things like cornering and drift distances, DRIVECLUB actually handles more like a car simulator. Each of the fifty unlockable vehicles is authentically represented to capture the specific feel of the car as realistically as possible. Each car performs differently with its own characteristics, meaning that it does take some time adjusting between them. Cornering a turn is not as easy as it looks, and the tiniest adjustments to the gas or brake can can cost you the race. In short, don’t think you can win based on your Need For Speed or Twisted Metal skills. Being able to perfectly nail each turn that changes with each new car and track is truly a precision science that requires a high level of patience and focus. It’s very difficult, but it really couldn’t feel better when you finally pull it off and break past the pack at the finish line.

There’s no doubt about it, DRIVECLUB is a solid racer through and through. Everything that it does, from its track realism to car handling, it does exceptionally well. My only real gripe is that I wish it did more. From the moment you boot up the main menu, you’ll immediately be struck with a noticeable lack of gameplay options. Whether you’re in multiplayer, single race or tour mode, you’ll always find yourself limited to the three main styles of gameplay: classic style race for a top three spot, time trial and drift challenge mode. So if you’re looking for a story mode or any extra bells and whistles, you’ll be out of luck.

The most obvious explanation for this lack of extra gaming options is that DRIVECLUB is more focused on utilizing the PS4’s multiplayer and social gaming functions than simply on a single player experience. In all honesty, because the social connectivity is so fully integrated into the game, you can’t truly experience this game without connecting online.

Players are encouraged to create or join their own Drive Clubs of up to six players and compete in challenges across the globe. Once in a club, all your victories are communally shared and added into your team’s collective score, leading to level ups and car unlocks. It’s a very easy system to use and I was very surprised at how robust the community felt even during my limited pre release period. After logging onto my PS4, I’m immediately notified of other club challenges and the different members who toppled my latest high score. If I choose to defend the honor of my club, I simply click on the notification and the system automatically boots me in.

The most notable thing about the social connectivity of DRIVECLUB is that it is constantly monitoring your performance. It’s not just about what place you’re in at the finish line or your completion time. At any given point of any given race, you always have the chance of placing the world record for fastest cornering or most accurate performance and have it instantly posted for all to see. This score is posted to your club and in your name and it stays there for every other driver to face and challenge. I genuinely like the social connectivity aspect of DRIVECLUB. The constant monitoring and posting of performance really helps motivate every second of the track with a constant sense of significance while also creating a unique experience, almost like you’re performing on stage instead of just in your living room.

All in all, DRIVECLUB is a wonderful racing game, well worth the wait and hype. Not only does it display some of the most impressively authentic graphics to create a convincingly virtual racing experience, but it also allows you to share every moment of it with the world. While it may be lacking in extra options and game modes, it more than makes up for it with its ever-expanding social challenges and online functions.

With amazingly photo-realistic graphics and authentic car sim-style handling, DRIVECLUB offers a uniquely integrated social experience that collects and shares all your records and achievements. While lacking in its core gameplay variety, the endless potential of its online rival club challenges opens up this next gen racer in ways never before seen.