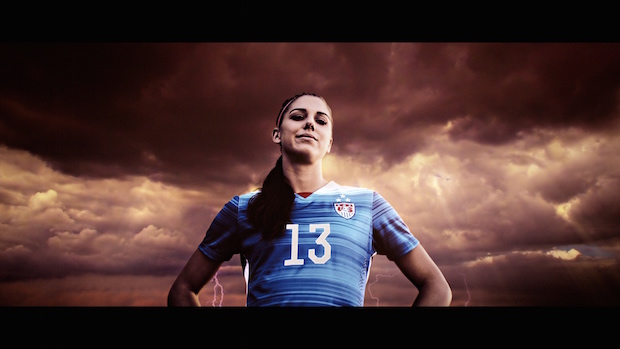 Whereas many video game sports franchises have had their ups and downs in recent memory, FIFA has been nothing but consistent. After years of being in Pro Evolution Soccer’s shadow, FIFA has emerged as the clear go-to for fans of soccer. Despite its great action on the pitch, the series has been itching for a big new feature for a few years now. This go around, EA is heavily promoting its inclusion of the women’s national teams, along with some improvements to Ultimate Team and Career mode. With the addition of female teams being long overdue, many were curious if this iteration would bring about enough excitement to warrant another $60 purchase.

The on-pitch gameplay remains mostly similar to last year, with only a few noticeable changes. In the past, crossing the ball would be very difficult, and more often felt like luck rather than skill. To fix that, FIFA 16 introduces a new crossing system that reworks some of the physics and ball direction. This makes the cross-field passes much easier to complete. Few things are more rewarding than sprinting and shooting a cross to your striker for a running header. It’s a simple move in soccer, but it never stops being enjoyable to watch. Apart from that, passing has received a slight tweak. In the past, you would have a few passes that would not head in the direction you desire. Instead of going toward the intended target, it would head towards the nearest opponent. That rarely happens anymore, as passes feel more precise.

One trend with EA Sports games has been overlaying buttons on-screen in hopes of helping the player. You saw this with Madden’s new passing system, and likewise with NHL’s on-ice trainer. Both were very well implemented and made complicated control schemes more accessible. FIFA attempts to do the same, with varied results. FIFA Trainer also overlays controls on-screen, but they seem to get in the way more often than help. There are plenty of times where the large control display can be distracting while you try to make a precise pass, or navigate through some tight defense. On top of that, the recommendations it provides never bring about a significant advantage. In soccer, so much of being successful is about positioning, and not necessarily dependent on what kind of tackle you perform. The trainer gives you a good introduction to simple passing and shooting, but it will be something veterans quickly ignore or turn off entirely.

Speaking of features transferring over from other EA Sports games, FIFA also gets a variant of Madden’s Draft Champions mode in FIFA Ultimate Team Draft. Instead of having to purchase packs of cards, you can now start a draft, choose a captain (usually your highest rated player), choose a formation, and fill out the rest of the roster with different picks. You then play matches with your team, and if you win four in a row, you win coins that will help you purchase packs of cards for the original Ultimate Team feature.

FUT Draft differentiates itself by introducing some of the Ultimate Team features that has made the mode so popular for fans. For example, you must worry about the chemistry within your team if you want to succeed. Playing a team with multiple individuals from the same country, league, or club can really help your chances at picking up a win, as it is not all about pure skill. This is a smart addition to a solid feature that makes it feel unique to FIFA, as opposed to a rip-off from Madden. FIFA Ultimate Team Draft brings about a new life to FIFA Ultimate Team, and attracts players that may not have dug the mode in the past.

As for the biggest change in FIFA 16, you can now play as twelve different national women’s teams. This comes on the heels of the 2015 Women’s World Cup that brought a host of new attention to the sport. This inclusion is one that is long overdue, but very great to see nonetheless. While you could complain saying women should have been in the game years ago, and they should have, it is best to acknowledge that playing as a female player in FIFA 16 is fun, and especially so when you run through your own World Cup tournament. The player modeling for the women is dead-on, with ladies like Abby Wambach and Alex Morgan looking exactly like their real life counterparts. As you would expect, the women play very similarly to the men. While it could all be in my head, the women seemed to be slightly more aggressive when going for tackles. This is far from a complaint, as it only makes the game more exhilarating. If there is one complaint, however, it is that the game only features the aforementioned twelve clubs. There are a ton of women’s leagues that deserve to get some recognition, and hopefully that comes next year. Until then, including women’s teams in FIFA is both a great step forward, and a breath of fresh air.

The FIFA series has always been one of the more visually impressive showpieces on consoles. The same can be said in FIFA 16, as it looks wonderful, with every green speck of grass achieving great detail. As is typically the case with a new FIFA, the animations have been updated and improved. Players move more realistically and navigating through tight areas feels better; it is just an all around improvement on the visuals front. At long last, there are new weather patterns to experiment with as well. Instead of your boring rain, sun, etc., you can now select options such as random rain, variable flurries, etc. While this being a new inclusion is a bit comical, it is a nice touch to an already very realistic product. All this comes together to make FIFA 16 one of the best looking sports games around.

Some of the other secondary features have experienced some changes, while others have remained identical to their FIFA 15 counterpart. For example, the player career mode is very similar to last year, with little-to-no additions that feel meaningful in any way. The manager career mode does feature some changes in pre-season tournaments and player upgrades. The pre-season tournaments are mostly inconsequential, and exist only to test out schemes and lineups. If you win the tournament, you do get a hefty payday, which can definitely come in handy. The other addition, player upgrades, allows you to actually take control of upgrading your players individually. It helps to give the player more of a personal experience with their club. These upgrades are being built onto an already very strong career mode, filled with scouting  loaning out, and purchasing players. The FIFA career mode has about everything you could desire in a soccer-themed franchise management simulator.

One of the strongest sports franchises around continues to stand tall in FIFA 16. The addition of women breathes fresh air into the already solid gameplay. The player career needs a new paint job, but the manager career is solid. FIFA Ultimate Team is as good as ever, and the FIFA Ultimate Team Draft is a clever take on Madden's new Draft Champions mode. Overall, FIFA is clearly the most technically sound sports franchise in EA Sports' pocket, which can result in a lack of risk taking. For now, no risks are needed, as FIFA 16 is a fantastic addition to a storied franchise.