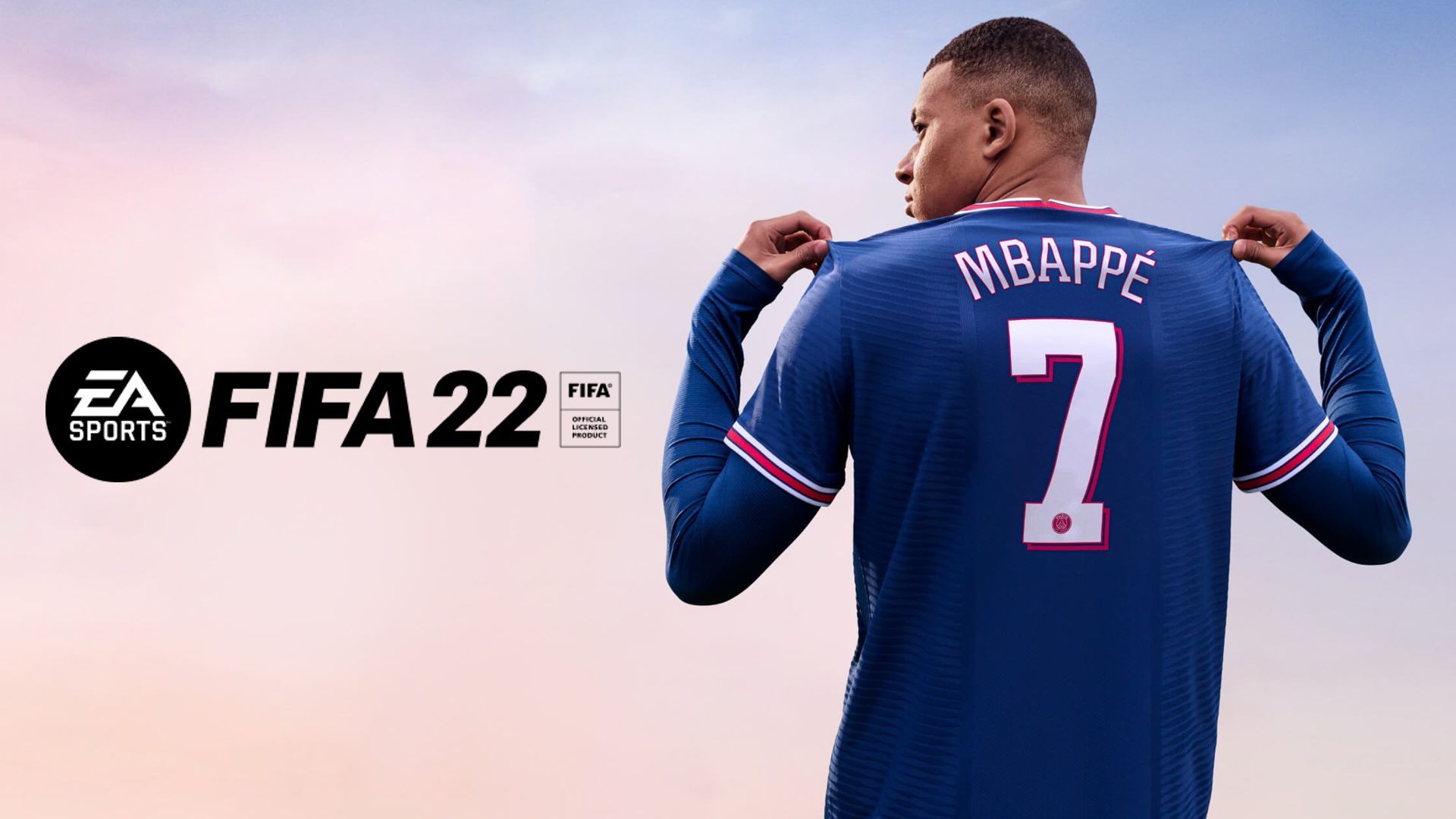 I’d like to start this by admitting that I’m a closeted fan of the FIFA series. I’ve played every installment of the game since FIFA 12 along with my brother who I have to thank for helping out with this overly detailed review.

Whether or not to be excited for the next installment remains the ultimate question for a FIFA fan. This year, the question has been mainly targeted towards players still stuck in the current generation. Not only do they have to deal with the jealousy of those with the PS5, but they now also miss out on the optimal FIFA 22 experience. The next-gen version is made a lot smoother, more immersive, and a lot more realistic as over 4,000 new animations have been added from real-life matches. A better cinematic experience is offered to the next-gen gamers as well.

These take the form of short cut scenes like Steve Bruce proving that age truly is just a number by outpacing the entire Newcastle side while celebrating a mediocre last-minute winning goal from fan-favorite Miguel Almiron, or Jurgen brandishing his trademark fist bumps after a win at Anfield. These all add to the experience of the new game engine, which has been made exclusive to the next-gen consoles. Unfortunately, this exclusivity has taken a whole chunk of the new release’s value for current-gen gamers, making the game feel somewhat like a winter update for FIFA 21. However, with every bad comes the good, as despite my pessimistic point of view the gameplay has still been made enjoyable for current-gen players, making FIFA 22 a justifiable purchase and enabling EA to mask their mediocrity for yet another year. 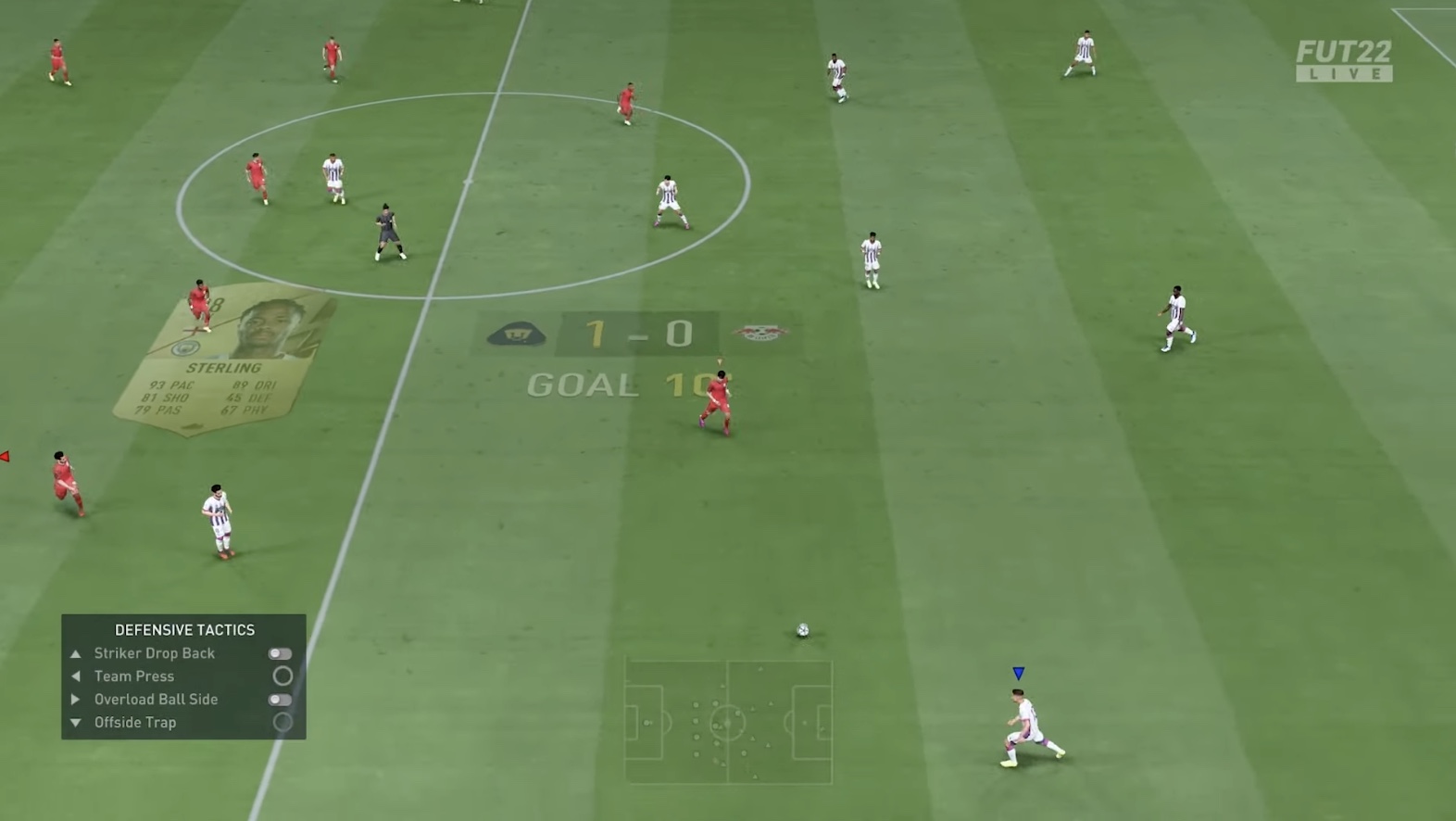 EA’s new installment has been slowed down this year, as previous overly important attributes like pace have been made near redundant. Although it can still come in handy, while pouncing on a loose ball, for example, or during a breakaway. It has, however, generally been made more balanced this year, thereby encouraging players to experiment with a lot more players that are available in FIFA 22 as opposed to just the usual quick ones.

Passing has been made more technical. Although there has been a re-introduction of ping pong passing, Grounded-through balls and midfield splitting passes between the lines are now less easy to execute. This has forced players to be more cautious this year, effectively slowing down build-up play. While EA hasn’t killed all the creativity, as long passes have made a comeback, chipped-through balls seem to be the go-to option when trying to get behind an opponent’s defensive line. Speaking of defensive lines, defending is a lot harder in FIFA 22. Standing tackles are more complicated due to the improved ball control and pace boosts, and although the overall shape of your defense will be maintained, attackers will still find and attack the gaps left open ruthlessly and relentlessly. One also has to be careful in 1v1 situations as they are now near impossible with nimble attackers who are seemingly untouchable this year.

Finishing is also harder, with the Finesse Shots making a comeback as well. Finesse Shots are incredibly overpowered as even players that lack good shooting stats can now bang it in from 30-35 yards out. Long shots, in general, are a lot more frequent now as they seem to go in every time someone tries it. First-time shots are also encouraged as they consistently make it harder for the keeper to react on time. 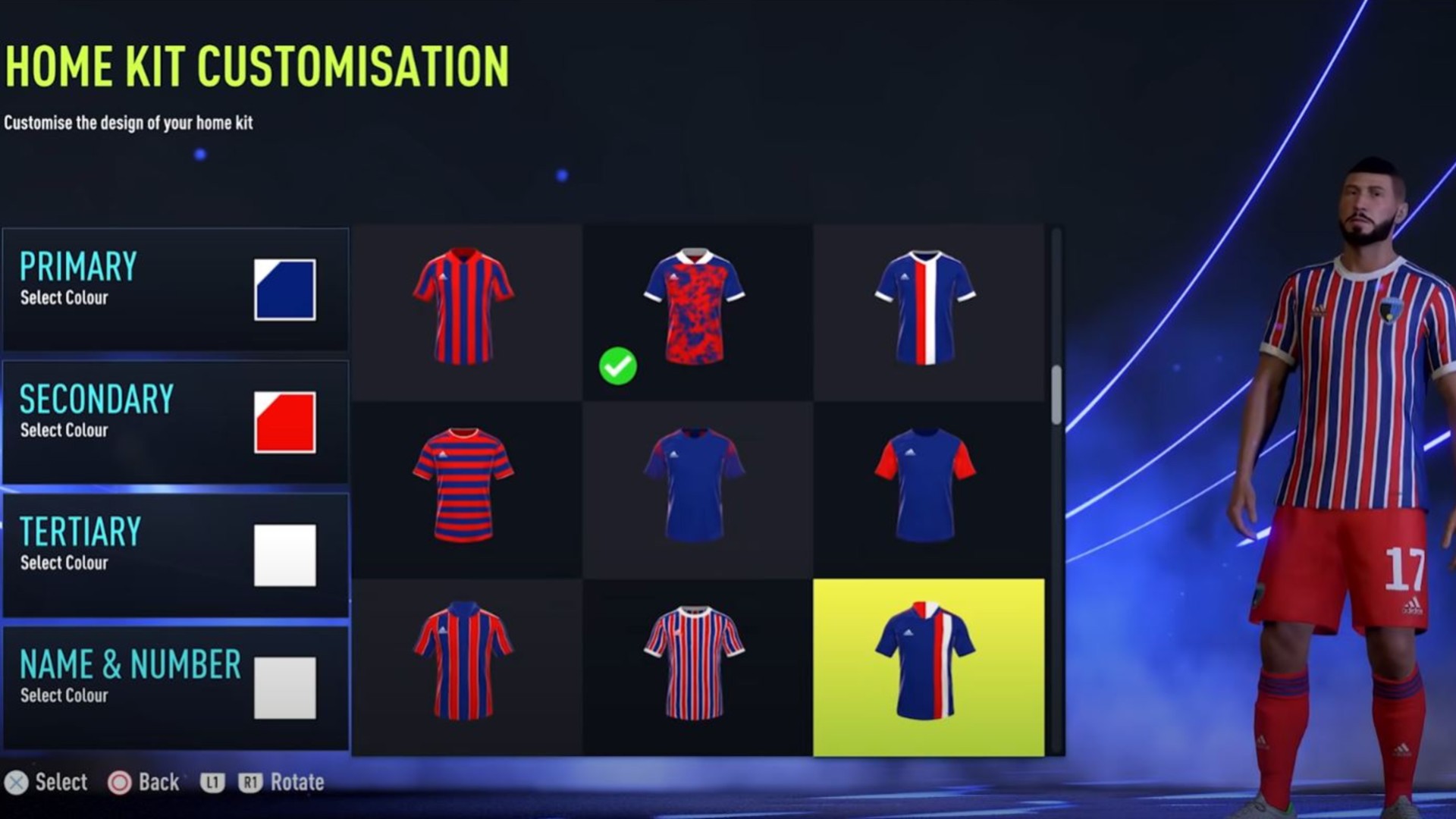 Career mode has had the biggest revamp yet. The new Create-a-lub feature seems to be just big enough to hide the identical, repetitive nature of one of EA’s most popular game modes. There’s something satisfying about leading an artificial team to the top of European football while developing an unbreakable, sometimes even romantic bond with your players, similar to the feeling one has when a youth prodigy reaches the very pinnacle of his career, racking up awards and helping your previously god awful team become unbeatable. EA offers 80 different designs of shirts to pick from, including templates from Adidas, Puma, Nike and more. All these enable players to develop unique storylines and offer a more personalized experience as opposed to the previously monotonous, season-by-season playthroughs.

Gameplay is also a tad bit harder as the opposition AI seems a lot more acute and inventive. The runs are smarter, and the passes are more creative and unpredictable. The defending is also more organized, making it difficult to break down defenses. This compensates for the goal fests we witnessed in FIFA 21. New cutscenes have also been added as we can now see our avatar eagerly awaiting the arrival of another manager or the look of disgust on the face of a potential signing when we try to lowball them. Regardless, the game mode is still quite similar to last year’s, and it can still, at times, feel tedious and overly elaborate, especially when trying to develop players and maintain fitness.

Player career mode is a massive breath of fresh air this year.  The new objectives provided in each match that you must complete to build a relationship with your manager are one of the many new features this year.  Players can experience the fun of having to impress Pep Guardiola away at Selhurst Park or attempting to stay on the good books of El Loco: Marcelo Bielsa. There is also a new skill tree added to the player career mode, that’s something FIFA players will recognize from those good ol’ Alex Hunter days. Other than that, gameplay of the player career mode is essentially the same as always, thereby threatening to devalue the new features of the game mode. 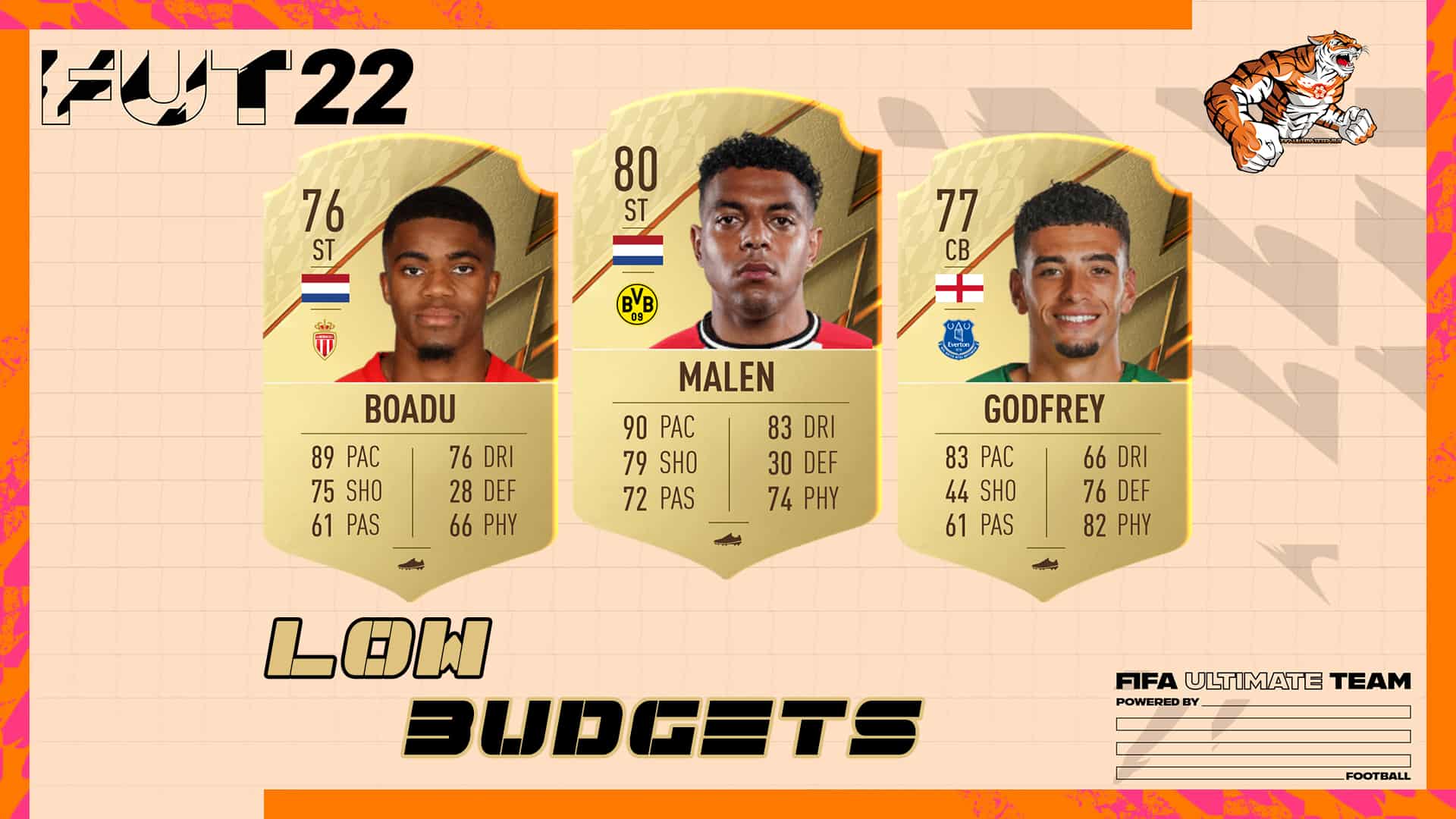 Here’s where the old adage comes in; “If it ain’t broke, don’t fix it!” EA has yet again stuck with a formula that clearly works for them, while still adding one or two things (like they always do) such as extra stadium customization alongside slight changes to the division rivals formula, yet the game mode still feels like the same old one. However, the gameplay (as previously mentioned) is a lot slower this year, meaning pace plays less of an important role, which in turn encourages players to try something different and new, so expect to see a lot more variety in teams this year.

I personally am not a big fan of the game mode as rage quitting and constant swearing do not quite appeal to my calm and collective nature (*cough* *cough*). This, accompanied by the fact that I absolutely despise losing in online modes, makes the game mode generally unappealing to me. Although who cares about what I think? Ultimate Team will probably remain EA’s most popular game mode. 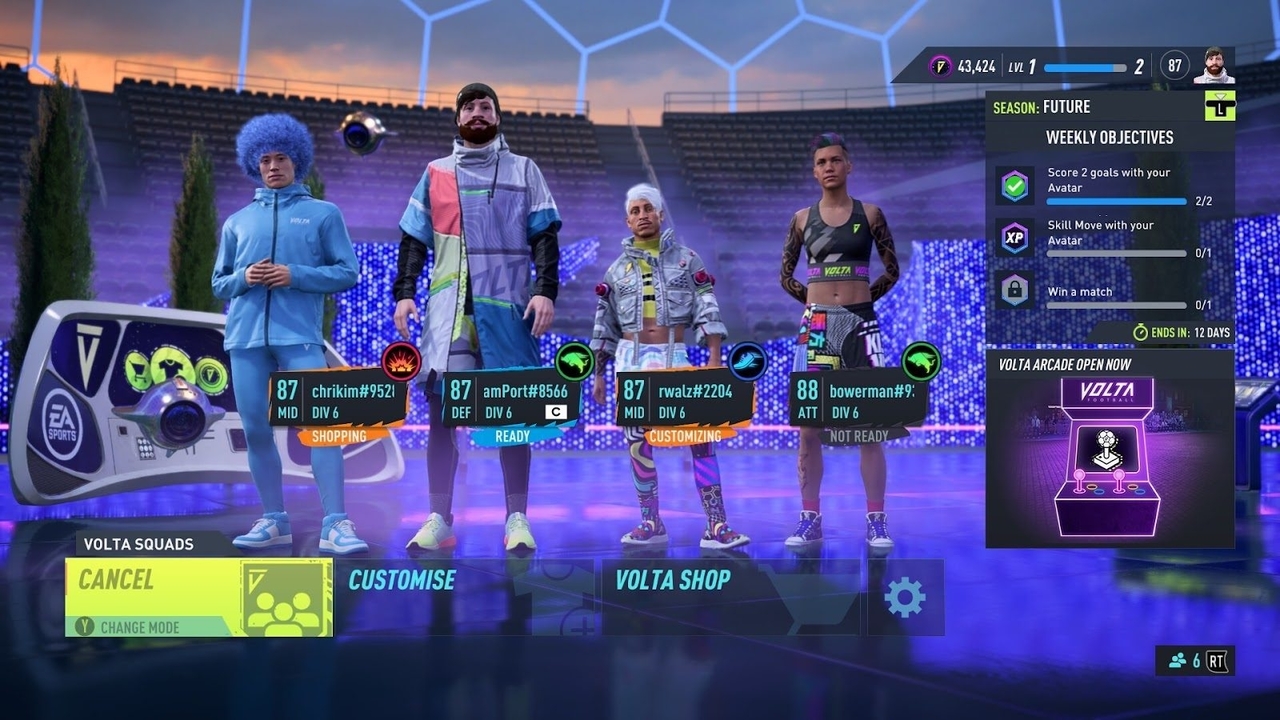 Let’s be honest, Volta just isn’t it. It’s a pitiful, repeated attempt by EA at reviving the beloved FIFA Street franchise. This year is no different, although it’s probably the best attempt yet. There’s also no story this time, as the game mode can only be played online, which is rather frustrating.

The new skill meter is used to give your player a signature ability, providing near-supernatural special skills such as powerful shooting and blistering pace that make them stand out. Another new addition is the Volta Arcade which, weirdly enough, is only available on the weekends. Volta Arcade features crazy mini-games like foot tennis, which will have you scream at your teammates every time a point is lost.

All that aside, Volta still doesn’t provide the euphoric feeling that FIFA Street used to, and to be honest, it probably never will. It’s just one of those game modes that everyone tries once or twice before ultimately pushing aside due to their sheer disinterest in it, fueled by the mode’s evident inability to provide something enjoyable for players. Don’t get me wrong though, Volta still has its brief moments of brilliance, and It still remains a game mode that enables players to learn and get accustomed to new skill moves. 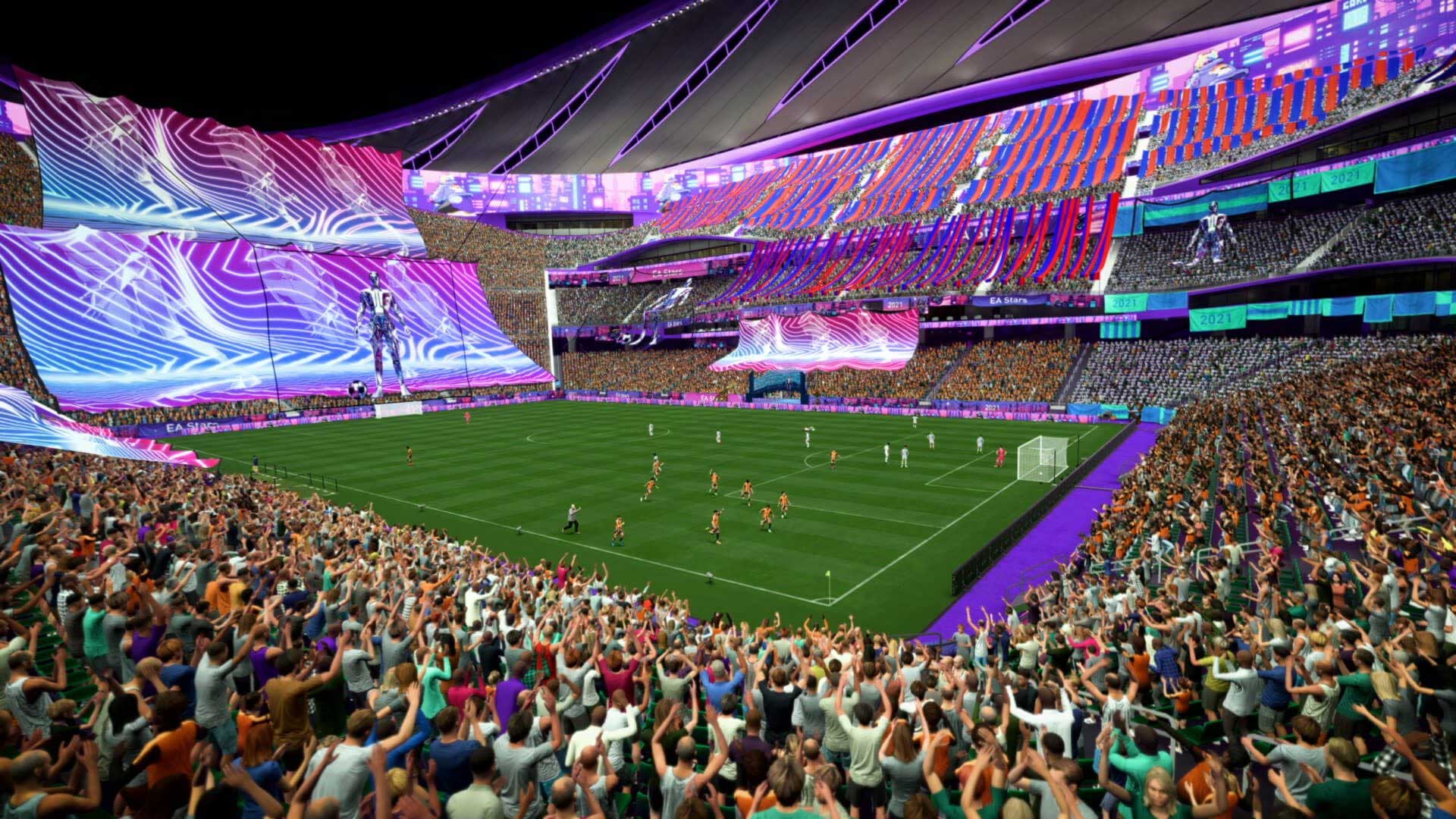 Despite all of my bluntness, FIFA 22 is still a decent installment in the series. It offers players fun gameplay and an excellent visual experience to football lovers. The slowed-down gameplay allows for more intuitive plays. It also forces fans to notice the large pool of players available to them, thereby inciting diversity in teams. The graphics are very commendable as EA has gone the extra mile with their attention to detail and fun little cut scenes here and there. So putting aside all of the game’s inconsistencies (like the almost impossible-to-beat goalkeepers), FIFA 22 has the potential to be one of the best so far.

Despite its noticeable faults, FIFA 22 is still a decent installment in the series. It offers players fun gameplay and an excellent visual experience to football lovers.

Abdul Saad is an avid gamer and computer geek. He's been writing for four years on news, reviews, previews, and more on multiple gaming sites. When he isn't writing or playing the latest JRPG, he can be found coding games of his own or tinkering with something electrical.
Related Articles: FIFA 22
Share
Tweet
Share
Submit