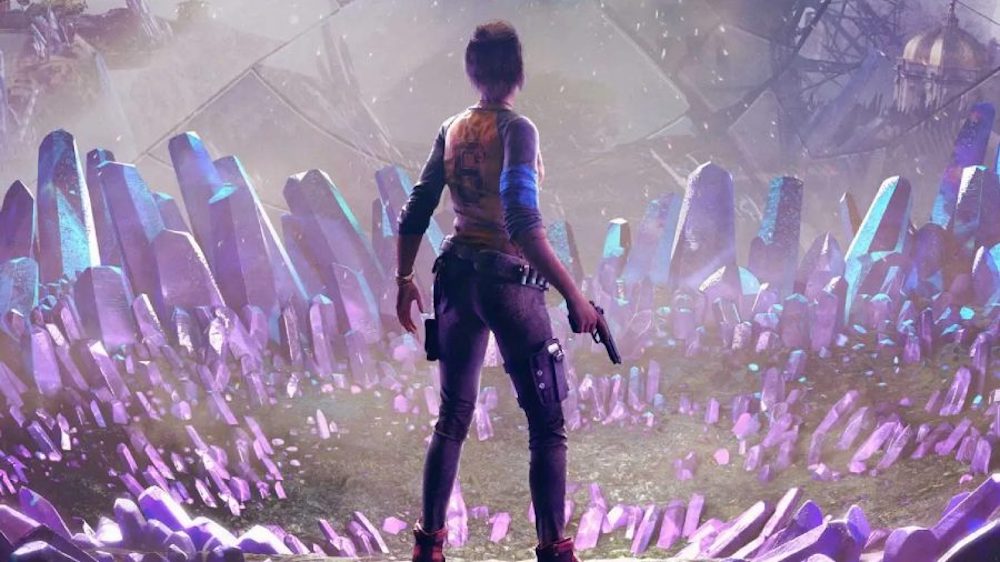 Far Cry 6: Lost Between Worlds had me asking myself a few things by the end of my playthrough: why does this DLC exist? Who is this for? Does any of this fit the Far Cry mold? Though I can’t offer any definitive answers to those questions, I do know one thing for sure: this add-on feels like a wildly out-of-place Far Cry adventure, and though it does try new things, most of them end up falling flat.

Lost Between Worlds opens with an alien spaceship crash-landing on Yara and Dani coming face-to-face with its pilot, a sentient floating orb with an attitude. Dani and the pilot, Fai, are transported to a different dimension, and are forced to work together to get the ship working again. The alien vessel’s five power shards are scattered across different parts of the dimension. In order to retrieve them, Dani must traverse through different variations of Yara, completing challenges and fighting the denizens of the strange world, known as Shardfaces. 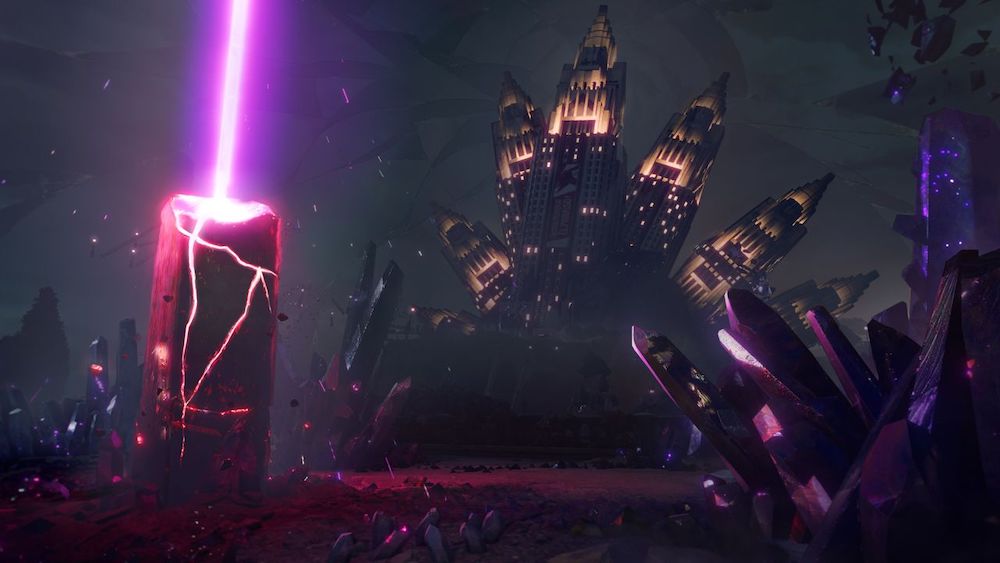 Now I’m all for Far Cry’s tendency to lean into absurdity, but this concept is pushing it. The feel of the entire experience just feels like such a mismatch for Far Cry 6. Traveling through weird dimensions fighting crystallized humanoid things and speaking to your run-of-the-mill fish-out-of-water companion sounds more like an episode of Rick and Morty than a Far Cry adventure. After a few short hours and some serious tonal whiplash, I found myself wondering why this exists. Something tells me Ubisoft had this concept saved for a different game or a standalone experience, but eventually just chose to slap a Far Cry label on it and ship it a year after the launch of FC6.

Perhaps the most redeeming aspect of this DLC is the fact that it finally tries something different with the gameplay of the Far Cry series. Lost Between Worlds is a roguelite, which essentially means it is a live-die-repeat version of your typical FC6 session. There are five crystals to collect, serving as the end goals of the five “runs” that must be made through the gauntlet-style levels. Dani collects a currency called glint throughout the fractured version of Yara. Glint is used to revive Dani when they die; run out of glint, and Dani must start their run from the beginning.

This is a novel idea for the series, and I respect Ubisoft for trying something different. Nevertheless, the roguelite structure starts to crumble when you have to repeat the same style of level over and over again, leading to frustration and disappointment when you fail. I died a few times throughout my playthrough, and every time I let out an annoyed groan. The levels are fun to play – once. Though the mechanics of each arena are different, they are not different enough to entertain you for more than one go (don’t even get me started on the underwater section). After the third or fourth attempt on the same exact level, with no variation to enemy density or puzzle design whatsoever, you start to feel like you’re ultimately wasting time. 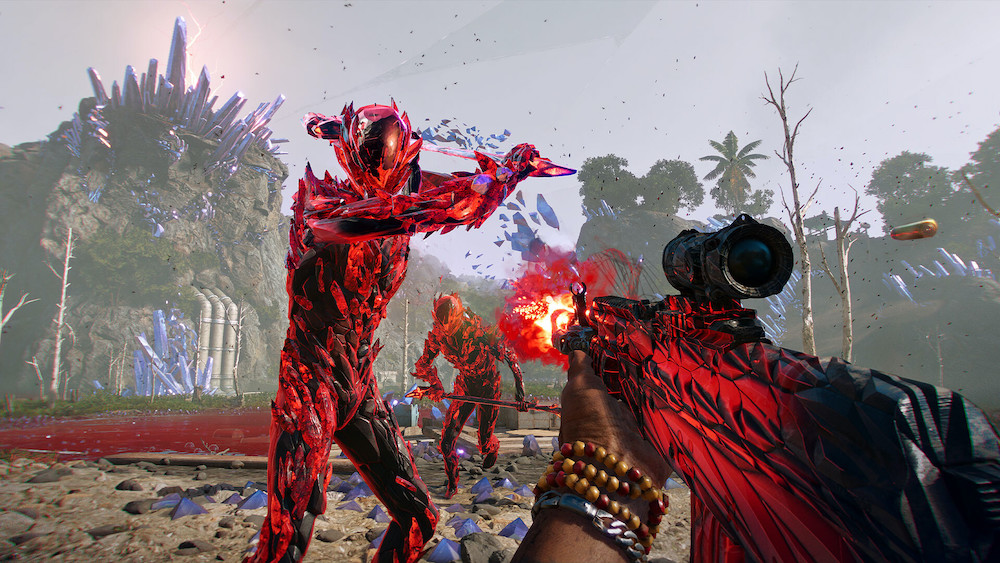 The add-on also tries something new with combat, giving you red ammo and blue ammo to shoot the red and blue colored enemies with. Ultimately this feels like an unnecessary addition, as the only reaction the system got out of me were a few moments of “oh, whoops” before switching ammo types a second later. Like most of the other new concepts introduced in this experience, the varying enemy colors became more of a gimmick after just a handful of encounters. Additionally, for a series known for its gunfights, there are just not a lot of enemies to fight in Lost Between Worlds. I found myself getting excited when I finally encountered a group of Shardfaces, and would often search out fights even when near the end of a level.

All of the Far Cry mainstays are here; tight, destructive shooting, badass enemy takedowns, pretty environments, and good performance. For hardcore fans of the series that absolutely must play every piece of Far Cry content, this is probably worth a single playthrough. But for everyone else looking for an excuse to get back into FC6, unfortunately this is not a good one, and I would recommend you sit this one out.

Lost Between Worlds feels like a creative misstep for the Far Cry franchise. Though it is refreshing to see the series attempt new things, none of the additions are well-realized enough to justify the existence of this add-on.