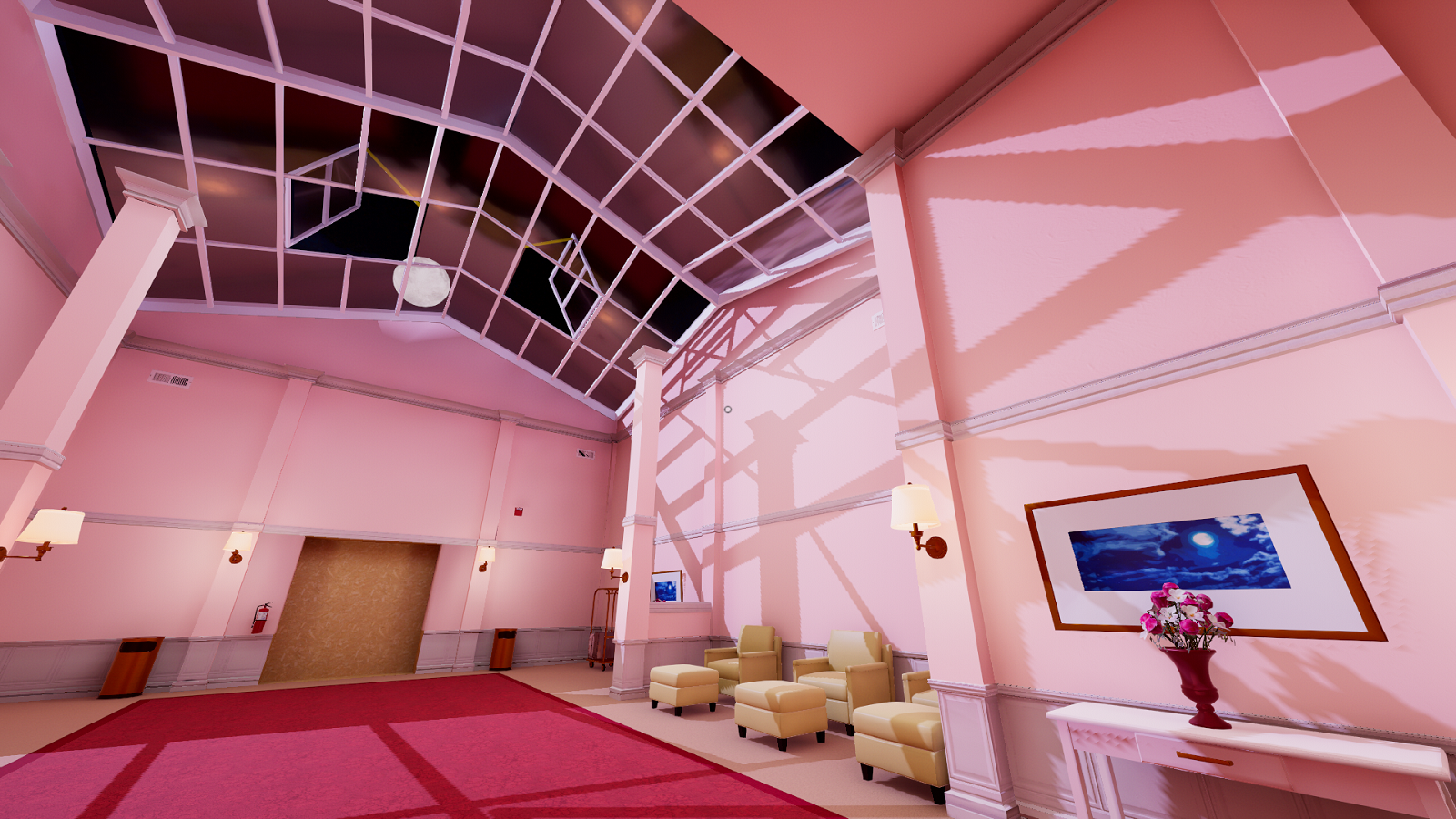 Rev up the old time machine and let’s take a trip back to the past. We’re going way back — I’m talking like, 2013 (Moore’s law told me that’s old). Somewhere amidst the ancient technologies and decaying subgenres, our first glimpse at a fledgling Superliminal, or rather, a fledgling Museum of Simulation Technology. In the years to come, Museum of Simulation Technology would wow many a player, making its rounds on sharing sites like YouTube. And while there wasn’t all that much to show as of yet, the game never failed to turn heads.

Its claim to fame: a unique mechanic that alters the size of whatever object you’re presently observing — all based on perspective. The perceived size of the object, relative to its surroundings, becomes its actual size once you stop interacting with it. With this mechanic, objects in the environment can be easily manipulated to overcome physical obstacles that you’d be powerless against otherwise. 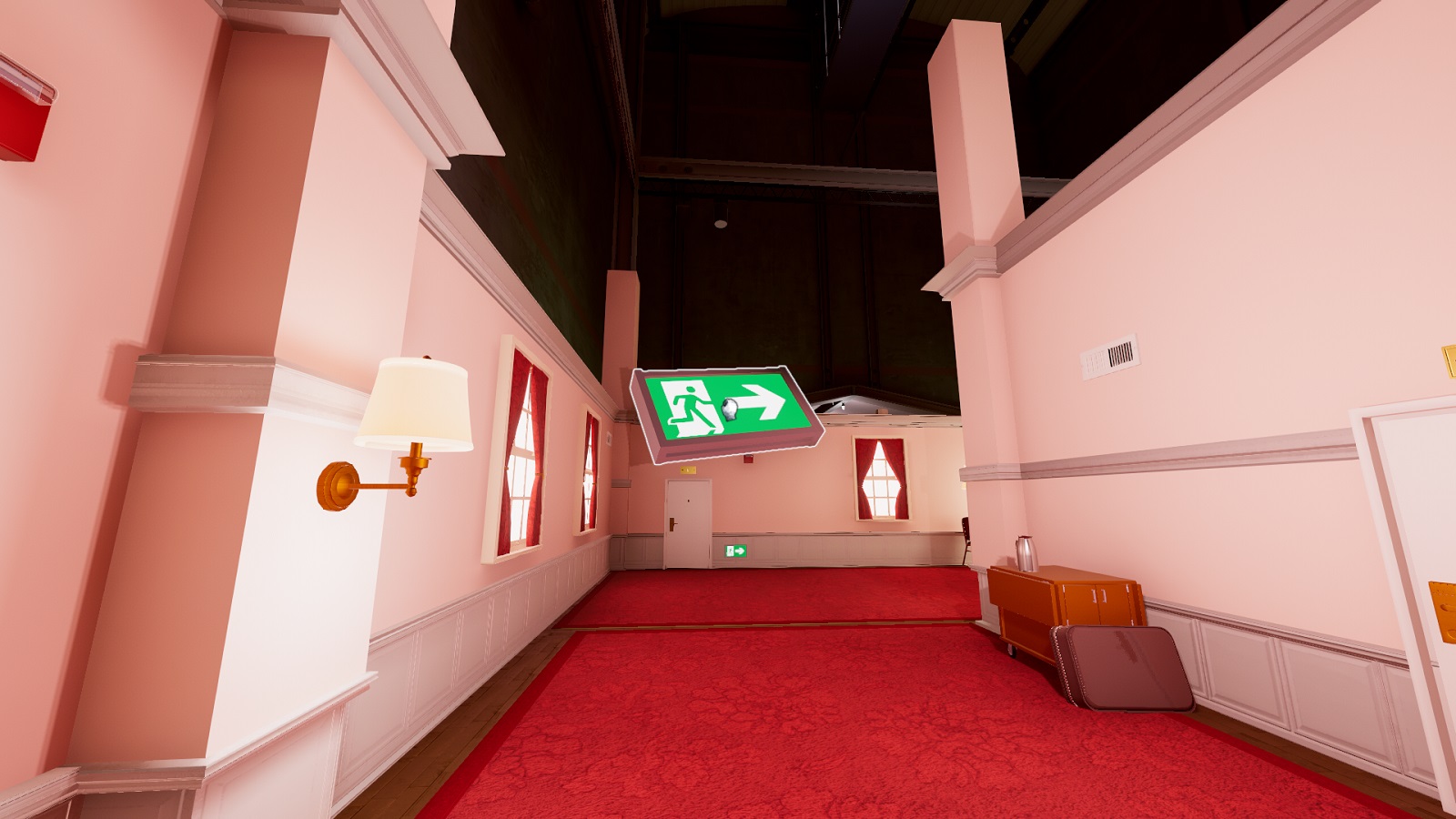 The bigger the better.

Superliminal has since taken that mechanic and crafted a myriad of mind-bending puzzles around it. Many of the ideas from Superliminal’s time as Museum of Simulation Technology also survived the renaming process. A scatterbrained story about a kooky scientist and his dream machine attempt to provide a little structure to the perspective pandemonium. But despite the endless possible applications for its signature mechanic, Superliminal is a short game. At only two hours, the game can and should be completed in a single session.

Developer Pillow Castle channeled its inner Davey Wreden for both Superliminal’s story and structure. Flashes of The Stanley Parable and The Beginner’s Guide permeate the experience, with a significant helping of Portal and The Witness to boot. The game wears its influences on its sleeves, and that’s a beautiful thing. The atmosphere is equal parts welcoming and ominous — the perfect fit for the strange, yet endearing, puzzles.

Altering object size is only one tool in Superliminal’s endless bag of tricks. Over the next two hours, you’ll see broken images turn into objects, structures to shrink and explore, and more brain-tickling perspective-based tomfoolery. It’s an absolute delight seeing what the developers think of next, and under that lens, Superliminal’s length is perfect. In fact, diving into the experience with this perspective may be the only thing that spares you from inevitable disappointment. It’s difficult to treat Superliminal like a puzzle game – its priorities are discovery and sense pleasure. 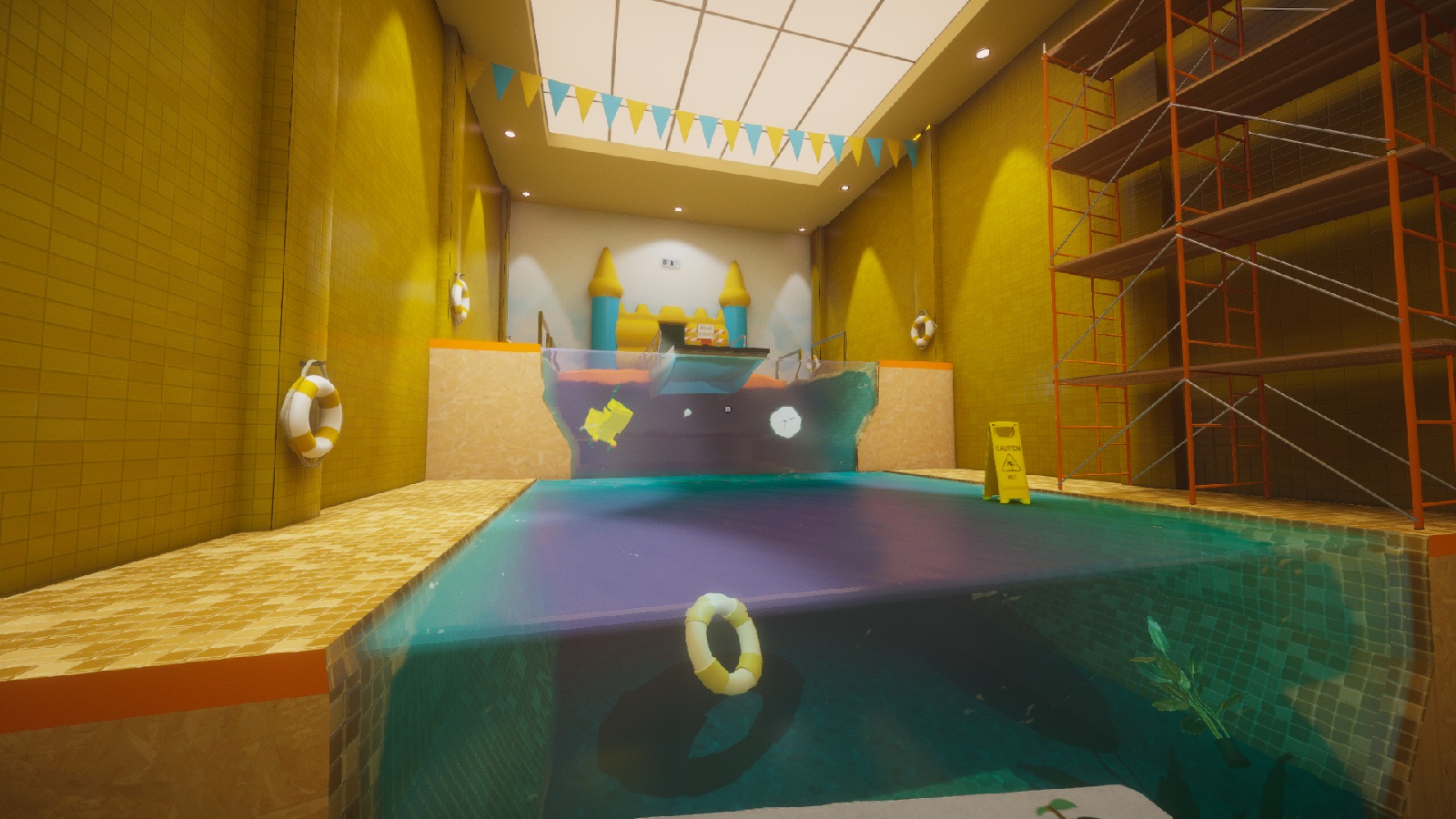 What’s most peculiar about Superliminal’s puzzles is that, rather than exploring what already exists in greater depth, the game opts to shift focus instead. Each level not only introduces something new, it abandons what players had explored previously. The entire adventure feels more like a two-hour tutorial, preparing you for a game that doesn’t exist. Rarely did I find that my newfound knowledge was being tested; when I finally felt like I could begin tackling more complex puzzles, the game was at its end.

And what an ending it is. Superliminal’s story provides a loose framework for its puzzles to fit inside, but doesn’t do a whole lot else. The narration rarely affects how you navigate the dream, and certainly doesn’t provide much of a narrative carrot for players to continue their puzzle solving. When the story does take control in the final act, it robs the game of most of its challenge. A few puzzles remain, but nothing that commands much of your attention or tests your abilities — not any more than those before it, anyway.

I assume that the final act was intended as a victory lap to close off the game, but it’s hard to celebrate when you feel robbed of the challenge Superliminal spent the better part of two hours teasing. Every puzzle you solve was a treat and not just because they encouraged lateral thinking — in each puzzle I saw the potential for some truly mind-boggling puzzles later down the line. The length of a game is not a measure of its quality, but Superliminal fails to provide a satisfactory progression arc to justify its short length. It just stops abruptly. 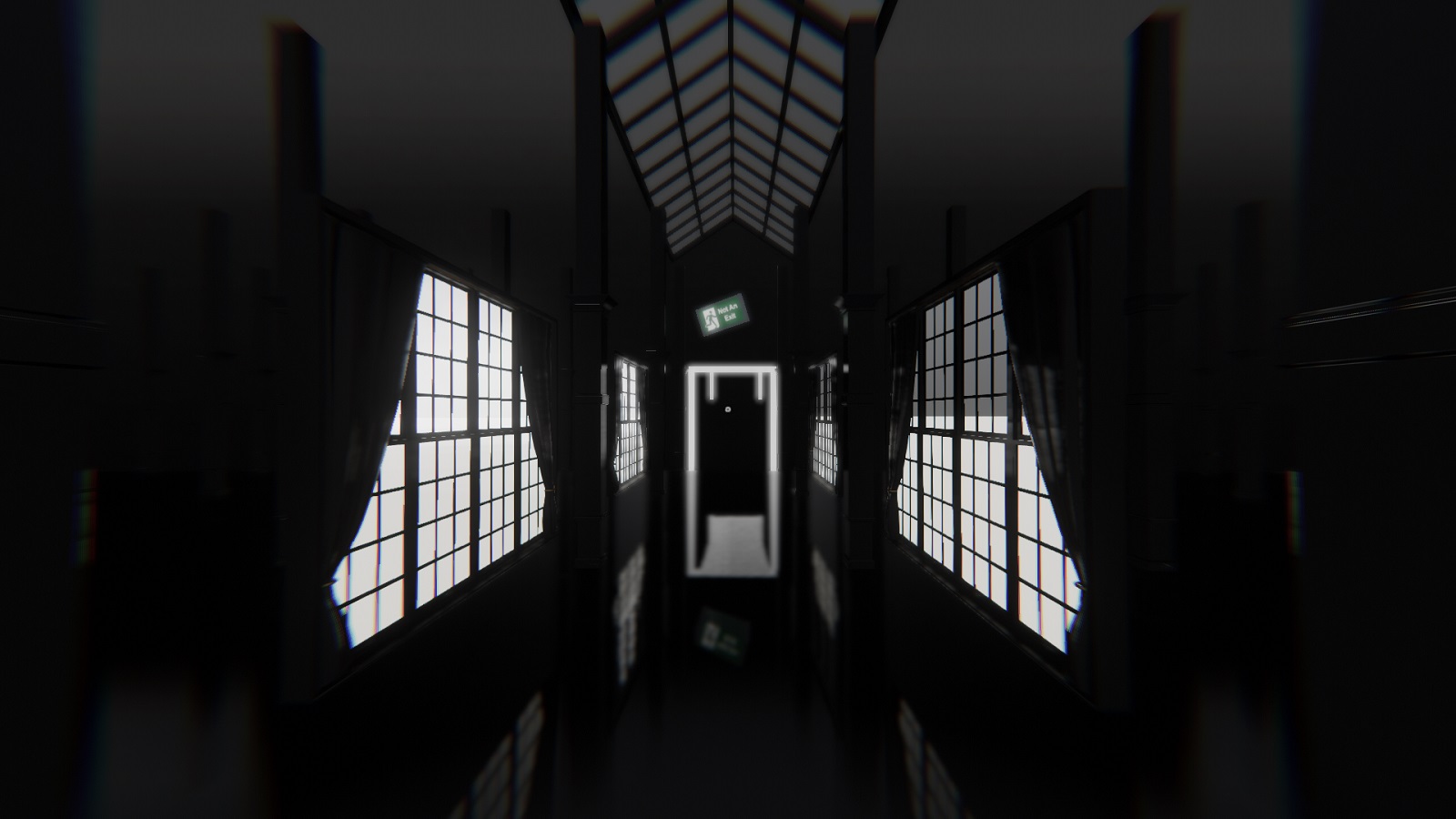 Bring back the puzzles.

Yet, it’s hard not to be charmed by the host of cheeky but clever tricks. A box labeled Diet with the T cut off is a foreboding sign that heightens engagement. That doorway that you thought was real might be nothing more than an optical illusion. Superliminal has good ideas on good ideas, but it’s just a shame that it doesn’t go the extra mile in exploring the contents of this goldmine.

Superliminal is a short, sweet, but superficial exploration of one of the most interesting mechanics to find its way into a puzzle game. It’s an easy recommendation for anyone looking for a quick, refreshing burst of awe. But, for anyone really trying to scratch that puzzling itch, Superliminal has little for you.

Superliminal is a short, sweet, but superficial exploration of one the most interesting mechanics to find its way into a puzzle game. It excites with the possibility of what could be, but fails to deliver on the challenges its mechanics beg for.

A self-deprecating, overly sarcastic pair of glasses that occasionally possesses a human host in order to partake in the delightful process of playing video games, then immediately complaining about them. When he is not playing games (a rare occurrence), he can be found either writing about things that no one cares about, or haunting the quiet streets of his Canadian suburb.
Related Articles: Indies, SUPERLIMINAL
Share
Tweet
Share
Submit