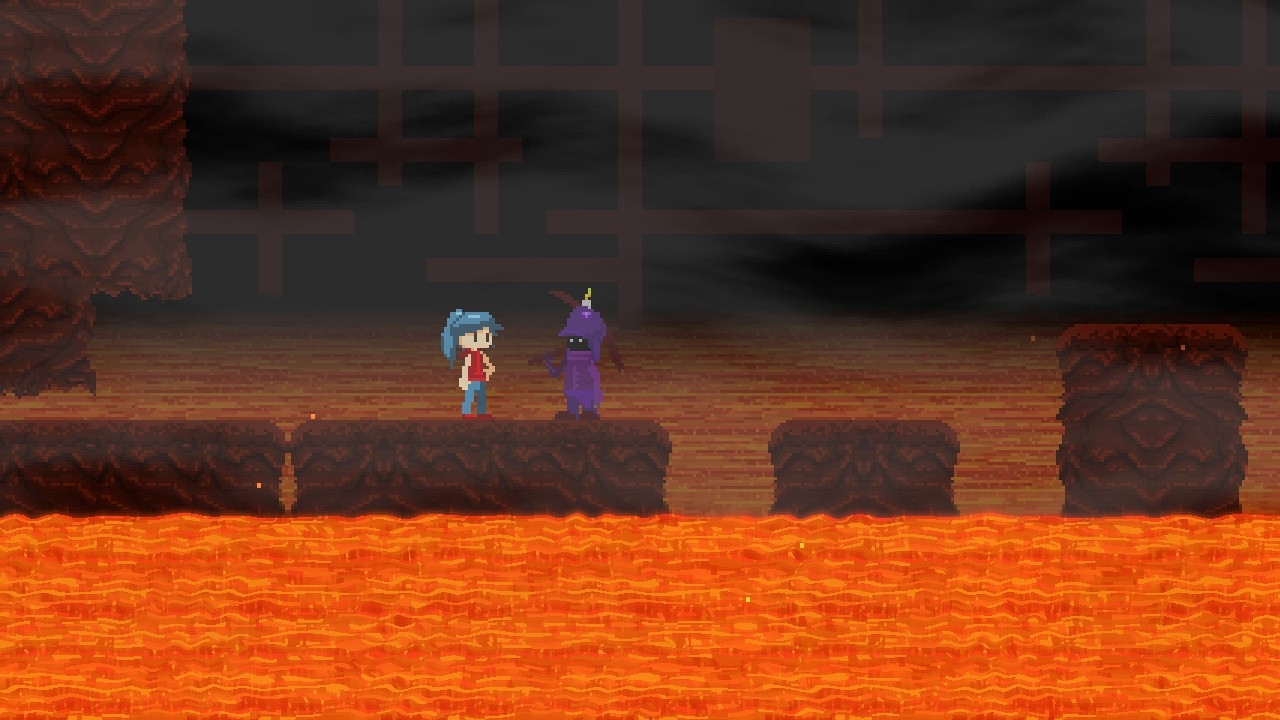 The creative yet unexplainable events and locations our minds create while we sleep were seemingly the basis for Dreaming Sarah, which has players take control of Sarah, a young woman who wakes up in a field alone with no explanation or recollection as to how she got there or why.

There is no story to speak of save for the last few minutes of gameplay which explain through little details why Sarah is dreaming. The characters you meet all have vague dialogue or ask you for random items, which you must find by exploring the various dream states scattered throughout the world.

The game is similar to a Metroidvania, albeit much smaller in scale, in that most areas are closed off to you until you obtain the proper item. Unlike Metroidvanias though, Dreaming Sarah never gives any explanation as to what items you need, where to find them, or where to go next. It is up to players to explore the world.

Unfortunately there is no map system, which would have been helpful in a game that features quite a bit of backtracking, multiple portals, and a constantly changing landscape. New portals and characters will appear in areas you’ve already explored and are necessary for progression, but the game does not inform you when these new items appear. A map system would have prevented unnecessary time spent exploring and backtracking in search of these items. 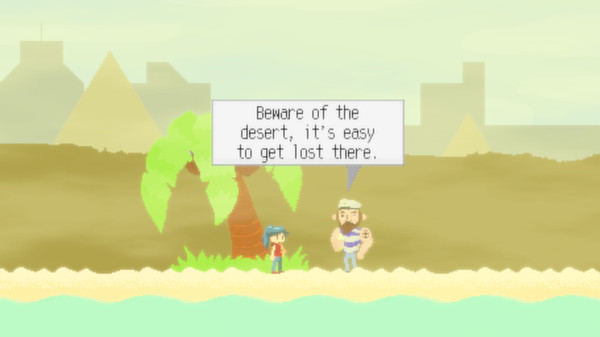 These portals and characters will either send you to a new dream state or give you an item which may be used to gain access to previously unreachable areas – or might not have any use. There are quite a few items which I never found a use for despite completing the game, and I am unsure whether they were just there to give vague hints of the story or if I missed entire sections or NPC interactions.

I enjoy exploration and I love the Metroidvania style, however, my issue with Dreaming Sarah is essentially all the areas you visit require either a huge stroke of luck to navigate correctly or a guide – as the game does not give hints as to how to advance and the solutions can sometimes be extremely arbitrary. This is exacerbated by various usable items you are given, such as paint which changes the color of your clothes, which have no use in progressing the actual story.

As an example of how advancement works – in one section you must go through one of five doors, which ultimately just places you back in the room. We’ve seen this type of puzzle before, you must enter the doors in a certain order to advance – only nothing tells you if you made the right choice. As far as I could tell you just have to go in and out of them randomly until you trigger the next area. 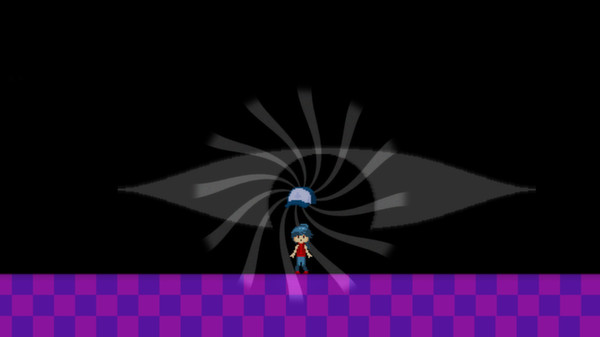 Another area involves having to drop off screen and fall, hoping to land on ledges you can’t see. If you miss, no problem, as you will just land back on the ledge you jumped off of, yet it’s still frustrating. This type of level design appears often and when you have little to no idea of what you’re looking for it can become aggravating to search every nook and cranny, hoping that you did not miss any items.

That said, there are a few useful items. Some are required to advance, while some just make the game easier to navigate. An umbrella allows you to glide, a pill sends you back to where you woke up – preventing the need to backtrack out of whatever area you are currently in, a bag of seeds causes plants to grow which creates a stream of air to ride on using the umbrella, a compass will point you in the direction of any valuable items (which is a must during the aforementioned frustrating areas), a magnifying glass will shrink you so you can sneak through previously unpassable gaps, a pair of glasses allows you to see invisible bridges and platforms, a watch will slow down time, and a shell necklace turns you into a fish. 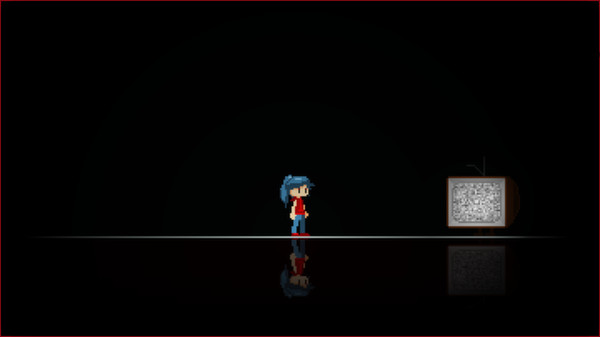 A few other items, including a hat and ID card, can be used on various NPCs to reach new areas or sometimes to just… make them happy? I’m not sure but many times I gave an item to an NPC and sometimes they reacted with a line of dialogue, while other times they did not react at all. One particular instance did cause me to contemplate what the silence meant, but that was the only one that I felt had a deeper meaning.

While there are a few secrets hidden throughout the world, they mean nothing in terms of the gameplay and if – like me – you were playing on the Switch, you do not get any achievements or sense of accomplishment for having found them. On Xbox and PS4, you do receive achievements for locating these secrets.

I did enjoy exploring, especially at first before I reached a few of the more arbitrary puzzles. As I neared the end of the game and began to realize why Sarah was in a dream state, I was pleasantly surprised to find a deeper meaning to the experience.

The areas are varied and consist of a forest, a planet, a dive bar, a desert, a haunted mansion, an underground lair, a creepy elevator, and many areas I am unsure how to accurately describe. It is all very surreal and is brought to life with a unique retro style. Characters are landscapes are detailed, allowing their designs to sometimes tell a story in and of itself.

Dreaming Sarah is a short, but interesting game. If you know what you are doing you can complete it in less than half an hour, if you don’t then you may spend 3 to 5 hours aimlessly wandering until you reach the ending. Your mileage may vary based on your puzzle solving abilities. As for me, I appreciate the game for what it is even if I was not a huge fan of the implementation.

Nitpicks aside, I don’t think that Dreaming Sarah is a bad game, just that it is a great proof of concept that could use more polish. But for an average list price of around $5, I may be asking for too much. Head into the game with an open mind and prepare to think outside the box and you may be pleasantly surprised. Overall it was an ok, if not great, experience and worth taking a look at.