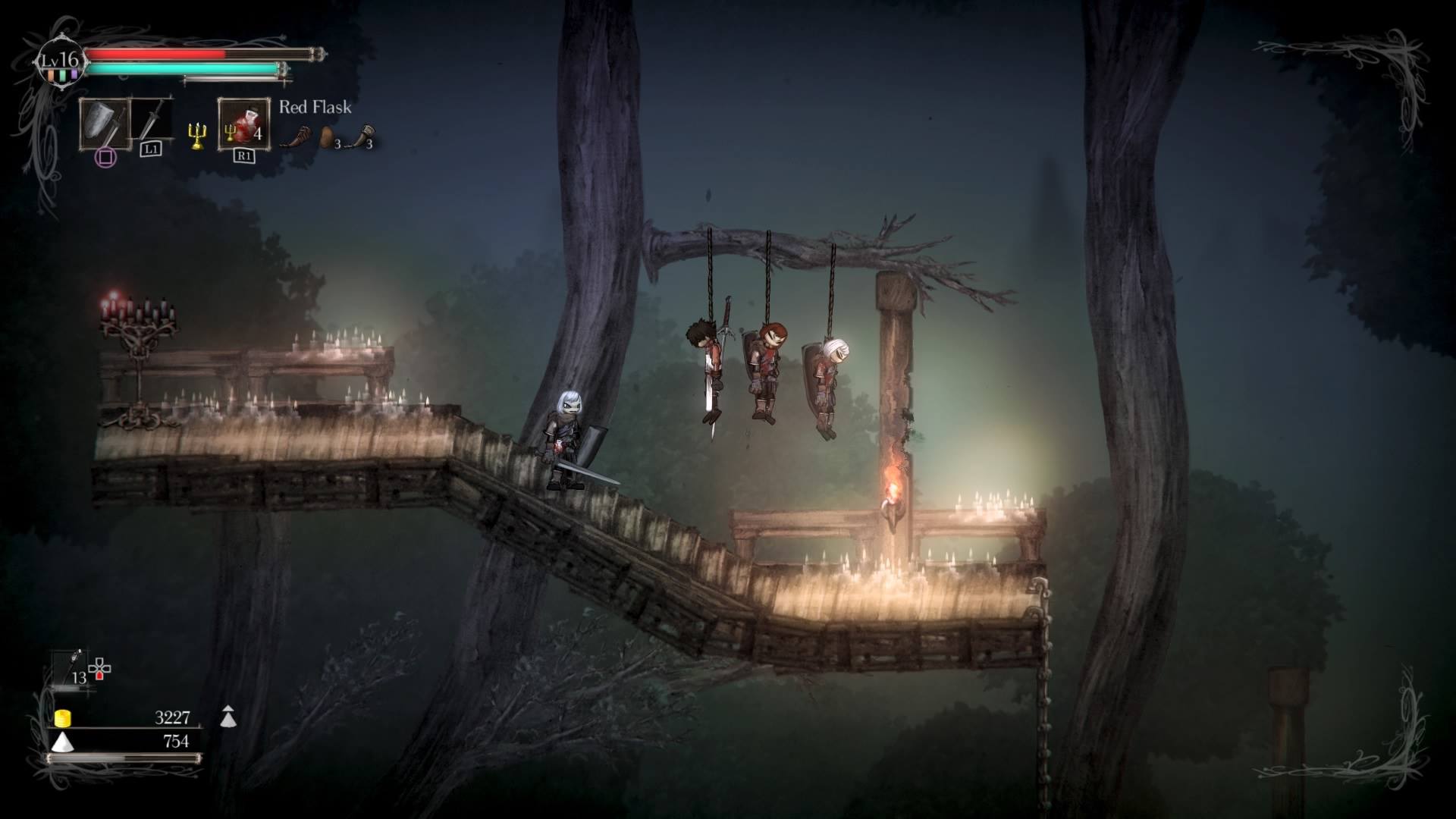 Last year, we reviewed Salt and Sanctuary for the Nintendo Switch, most of which is applicable to the Xbox version. You can find that review here.

The Xbox version of Salt and Sanctuary is much of what you’d expect from a port of something we previously reviewed on the Switch, but it does make some important fixes to some elements that became an object of my critique in my previous review. Most important of these is the performance issues that were present on the Switch version, which are non-existent on the Xbox One X. Also gone are the issues with the screen being overly dark on the Switch version, especially when playing undocked.

The rest of the core Salt and Sanctuary experience remains intact, with difficult, consequential character build decisions, ruthless boss battles, and intricate platforming. Despite my initial feeling that not being able to play the game on the go would make me less inclined to play it, I actually found very little lost on this feature’s absence. What’s more, the online functionality that Salt and Sanctuary offers (messages left by other players, minimal co-op options) and much more easy to access when using an online platform that’s a great deal more stable.

After playing through most of Salt and Sanctuary all over again, I’m happy to report that it’s exactly what you’d hope for from an Xbox port — and even a little better in some ways. If you’re interested in a punishing RPG that draws heavily upon the Dark Souls franchise, this is a game you won’t want to miss!

Salt and Sanctuary isn’t the most original game in the world, but Ska Studio’s take on a 2D Souls game has enough going for it to stand on its own two legs. It’s held back somewhat by occasionally cheap difficulty spikes, but that shouldn't deter you from picking the game up if you’re looking for a game that will kick your ass.

You know that jerk online that relentlessly trash talks you after every kill? That guy was probably Travis "Tie Guy" Northup. Competitive, snarky, and constantly wearing a tie, Travis has been writing his opinions about electronic media since he was a teenager, and is pretty much the only person to hold his opinions in high regard.
Related Articles: Salt and Sanctuary
Share
Tweet
Share
Submit