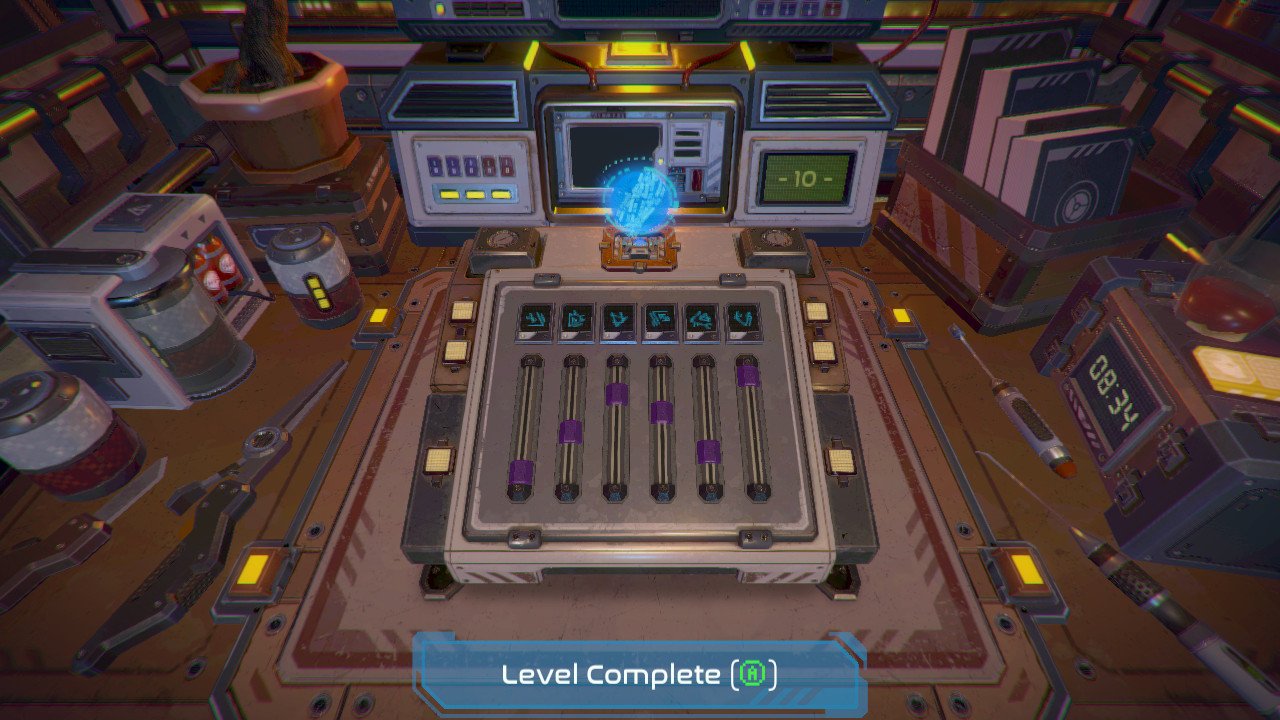 Opening safes may be the quintessential activity in all heist movies. Finding combinations and hitting the buttons just right is perhaps the most exhilarating thing when cracking the code. Stately Snail’s Access Denied aims to emulate that exciting feeling of the unauthorized opening of a bunch of devices, but ultimately fails to hit the mark due to the generic attitude the game displays.

Not wanting to waste any time with proceedings, Access Denied simply gives you 36 different devices to decode, and completing a machine will grant you access to the next one. While some may be as simple as clicking buttons on each side of the machine, others will task you with finding combinations of different sliders and switches in order to find a solution of a greater scope. It’s a short experience, but the machines progress at a rather steady rate in terms of difficulty, with a skip button that can be activated if you spend too much time stuck on one puzzle (you can go back to it again later). I did appreciate the linear structure of the game, even if it means that there’s not much to do after you finish. 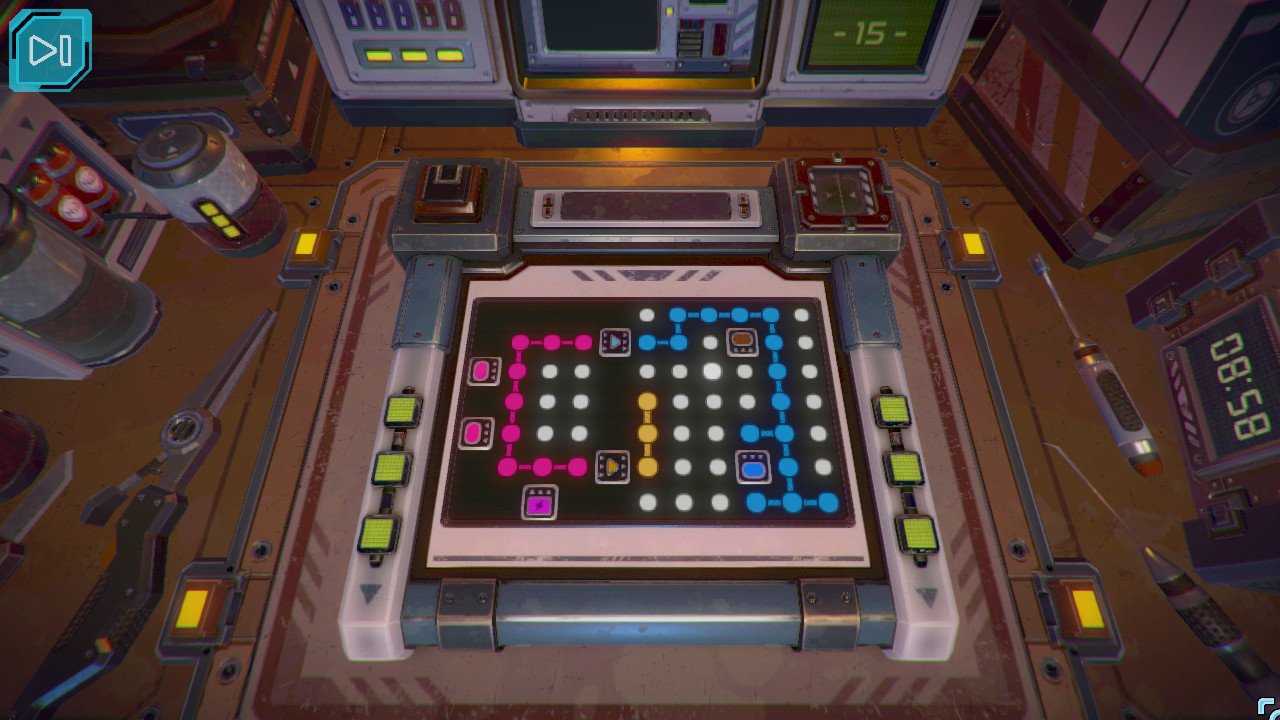 The puzzles won’t be straightforward later in Access Denied, but you’ll probably be fighting the controls more than the puzzle logic. Regardless of whether you are using buttons or a touchscreen, controlling anything that isn’t a button click is a drag, with neither control scheme responding how you’d expect. When adjusting sliders or a circular dial combination, for example, in theory I would have to click and drag the touchscreen or hold a button and drag a control stick to move. However, the touchscreen seemed to cut off my inputs randomly, and the buttons seemed to stop registering my movements after a couple of seconds, forcing me to reset my position and repeat the motion again. Controls are clunky and probably some of the worst I’ve experienced in a puzzle game so far.

Speaking of puzzle logic, I just wish there was a hint system that the game could offer for later levels. Some combinations and answers just seem to come out of the blue, and there were some instances where I would actually have to use trial-and-error gameplay just to get to the next puzzle. This is most concerning with machines that use more than a couple of riddle types in order to advance; if you don’t get the first riddle right, it will be impossible to do so. While most of the machines in the bunch are doable just by taking a glance at the surface, some of them are incomprehensible and had no rhyme or reason in terms of the solution. I’ll give Access Denied some credit though, some of the mid-game puzzles were kind of cool, but I just wished it skirted the fine line between clever and confusing rather than heading straight to the latter. 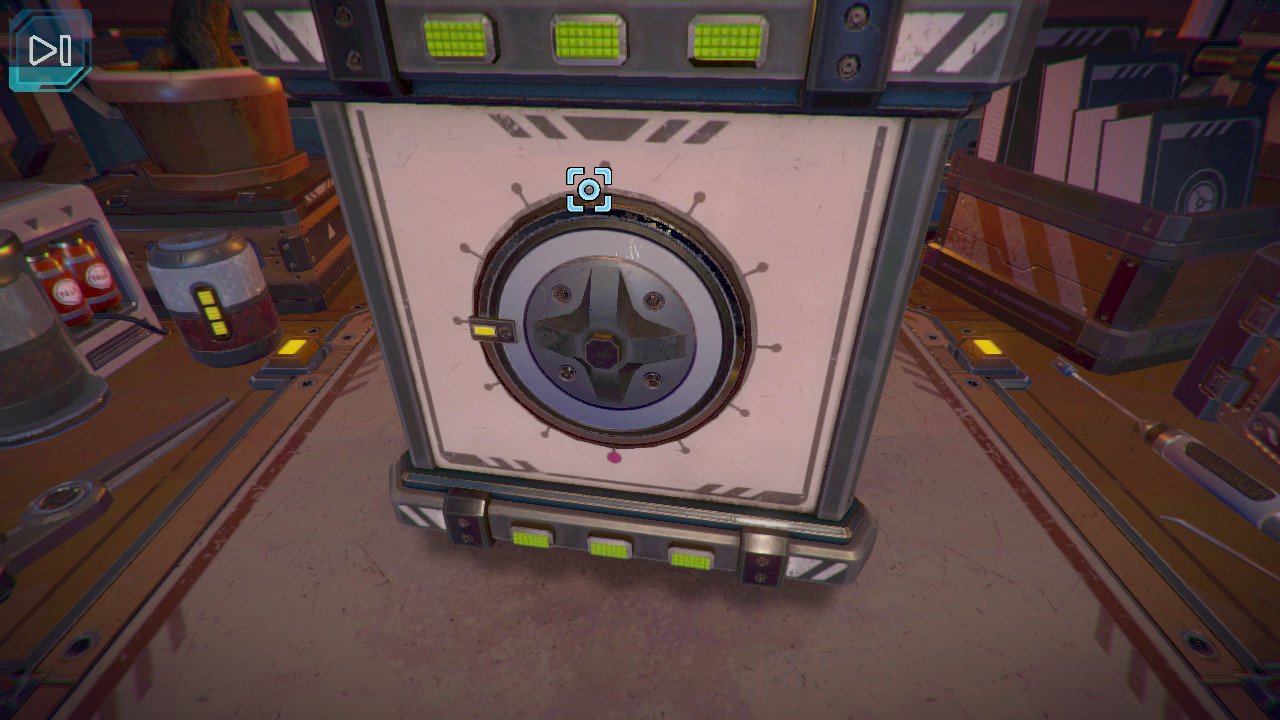 However, the main gripe I have with Access Denied is the fact that everything feels so lifeless. The developers boast about realistic rain and thunder effects, but everything else is devoid of background sound. I get that we’re supposed to be in a remote location, unlocking these contraptions in peace, but there’s nothing that sets this game apart in terms of art direction or gameplay. There’s no sense of urgency, no incentive to trudge through the next levels (and considering I was playing the Switch version, no easy trophies to acquire), and the experience is over in about an hour. The lack of ambient music (or really, any sound effects other than the main puzzles) is apparent here, though to be fair, I probably wouldn’t have preferred a grating loop of a stock background track. The Switch version is plagued with some performance issues, as it doesn’t run as smooth as its other console versions. It doesn’t affect the main gameplay due to the fact that it’s slow-paced, but the lower framerate is very noticeable, especially when playing the game in handheld mode.

Access Denied is a rather forgettable puzzle game that doesn’t do enough with its mechanics to justify a recommendation. While there are scant moments of brilliance, there isn’t much here to excite even the biggest puzzle fans.

Elisha Deogracias is an aspiring accountant by day, freelance writer by night. Before writing for Gaming Trend, he had a small gig on the now defunct Examiner. When not being a third wheel with his best friends on dates or yearning for some closure on Pushing Daisies, he's busy catching up on shonen manga and wacky rhythm games. Mains R.O.B. in Smash. Still doesn't know if he's a kid or a squid.
Related Articles: Access Denied, Indies
Share
Tweet
Share
Submit