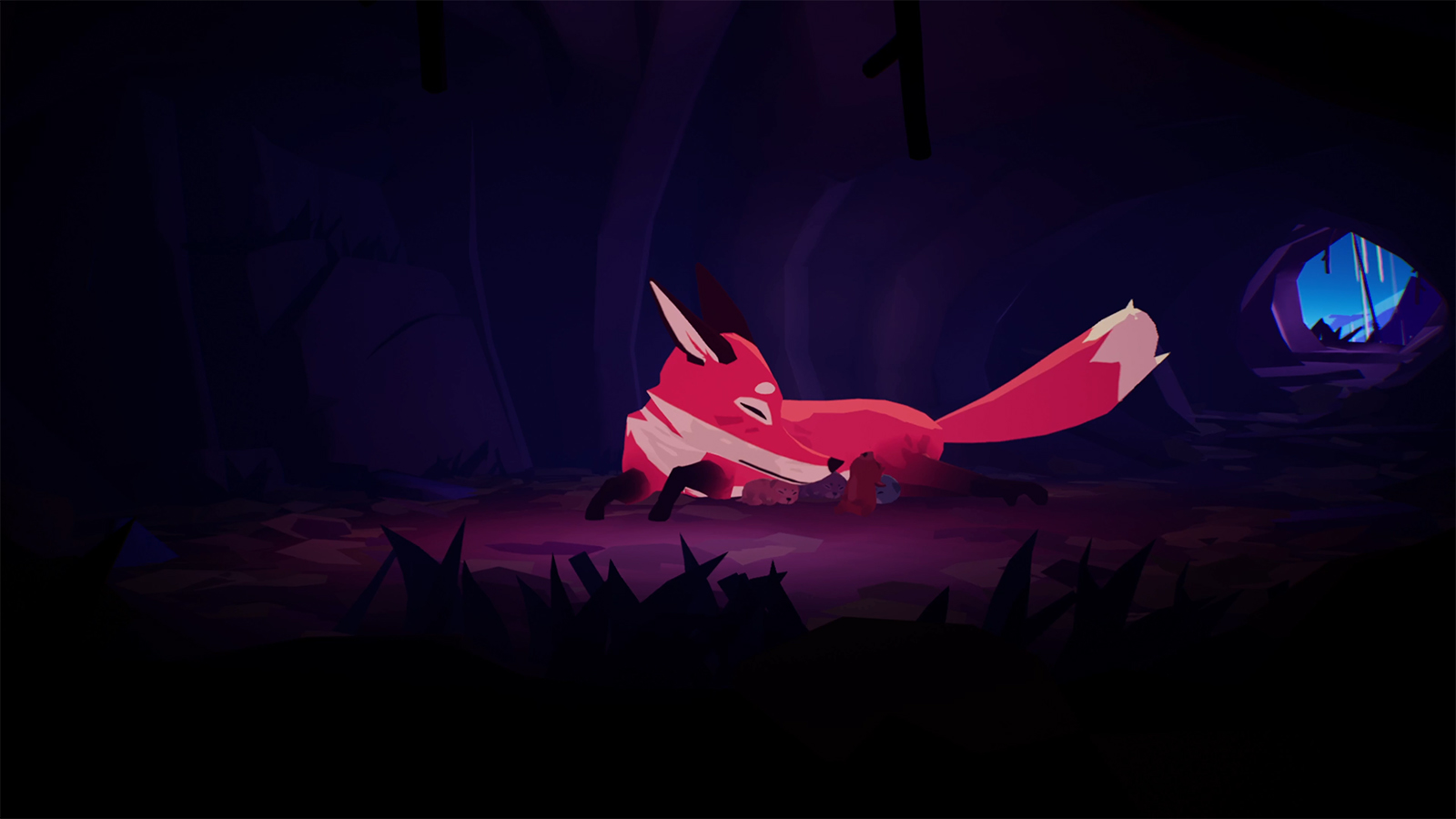 The elevator pitch for Endling – Extinction is Forever is essentially this: You’re the last fox on Earth, witnessing mankind’s destruction of the decaying planet while trying to protect your pups. I’m in. But what we get is a bundle of unfocused ancillary stories that don’t align with the main message. What saves Endling from being a narrative disaster is that the subplots are interesting and emotional, while trying to survive is challenging and adds some emotional weight.

Endling starts with you trying to escape a burning forest. Everything around you is on fire, trees are falling, and animals are on fire. At first it’s a harrowing sequence, but its impact is quickly diluted because this sequence also serves as a tutorial that teaches you the quicktime commands to dig and jump and help you become familiar with the 2.5D navigation. Trees fall in obviously scripted ways and the endless amount of time you get to figure anything out strips the scene of its effectiveness. I wish Herobeat Studios had found a better way to organically combine the tutorial with the scene. But trying to serve multiple purposes, like this opening scene, is ultimately what creates the biggest problems with Endling.

Your new fox den is located in an area that’s been visibly blemished by humans. Tractors take up space like a construction zone, plastic cups and bottles litter the river, and a factory ominously sits in the background emitting black smoke into the air. And what you’ll find is that this abandoned area is, in fact, populated. But it’s only populated by a few people and they are clearly up to no good. While I won’t get into spoilers, I must mention that one of the catalytic events that happens very early in Endling is one of your newborn pups is kidnapped. That’s what gives you a reason to explore the area. But this plotline doesn’t end with any revelations about mankind’s gradual destruction of the environment. It is sad and it broke my heart, but I felt confused once the subplot ended, wondering how it tied into the grander message of our impact on environmental destruction. 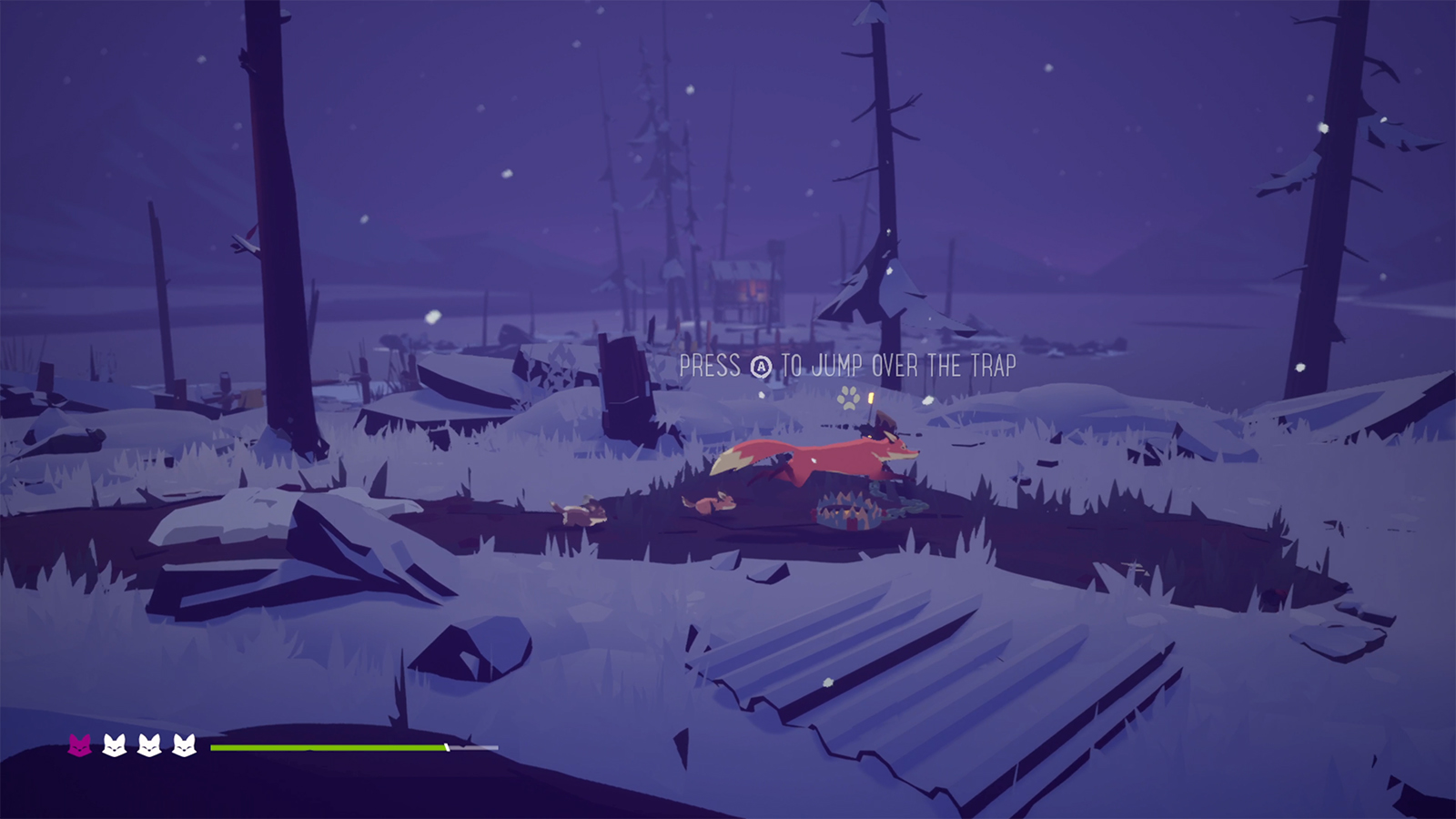 Events in Endling progress by surviving nights. Each night acts like a level. You’ll spend your time during the evenings looking for food for your pups and exploring as much of the map as possible before day arrives and the humans wake up. The environment is interesting to explore but navigating it is annoying since there is no minimap. I constantly needed to open the map to make sure I didn’t miss a junction in a path so I didn’t waste any time. Thankfully, as night approaches its end, a home icon appears that guides you to your den so you can get home as quickly as possible. It’s extremely helpful.

While you’re looking for food, you’ll find fruit on bushes, animals you can hunt, and even trash. None of it comes simply, though. With animals for example, you have to sneak up on them or else they will run or fly away, making it harder – sometimes impossible – to eat them. You can sniff to pick out smells in the environment but that sometimes leads you to trash, which isn’t as nourishing and is sometimes dangerous. Digging through trash can yield easy bites to keep your pups going, but sometimes the bag will choke you and once you take it off, you’re left with the remains around your neck, choking your ability to bark. I only needed the bark one time, but I regretted not being able to have it as I missed out on a one time event. It is an instance that demonstrates the perils of polluting our world and how it affects nature around us, but it would have been nice to see more consequences for my risk taking since, up until that point, I desperately dug through trash without care of a bag around my neck. 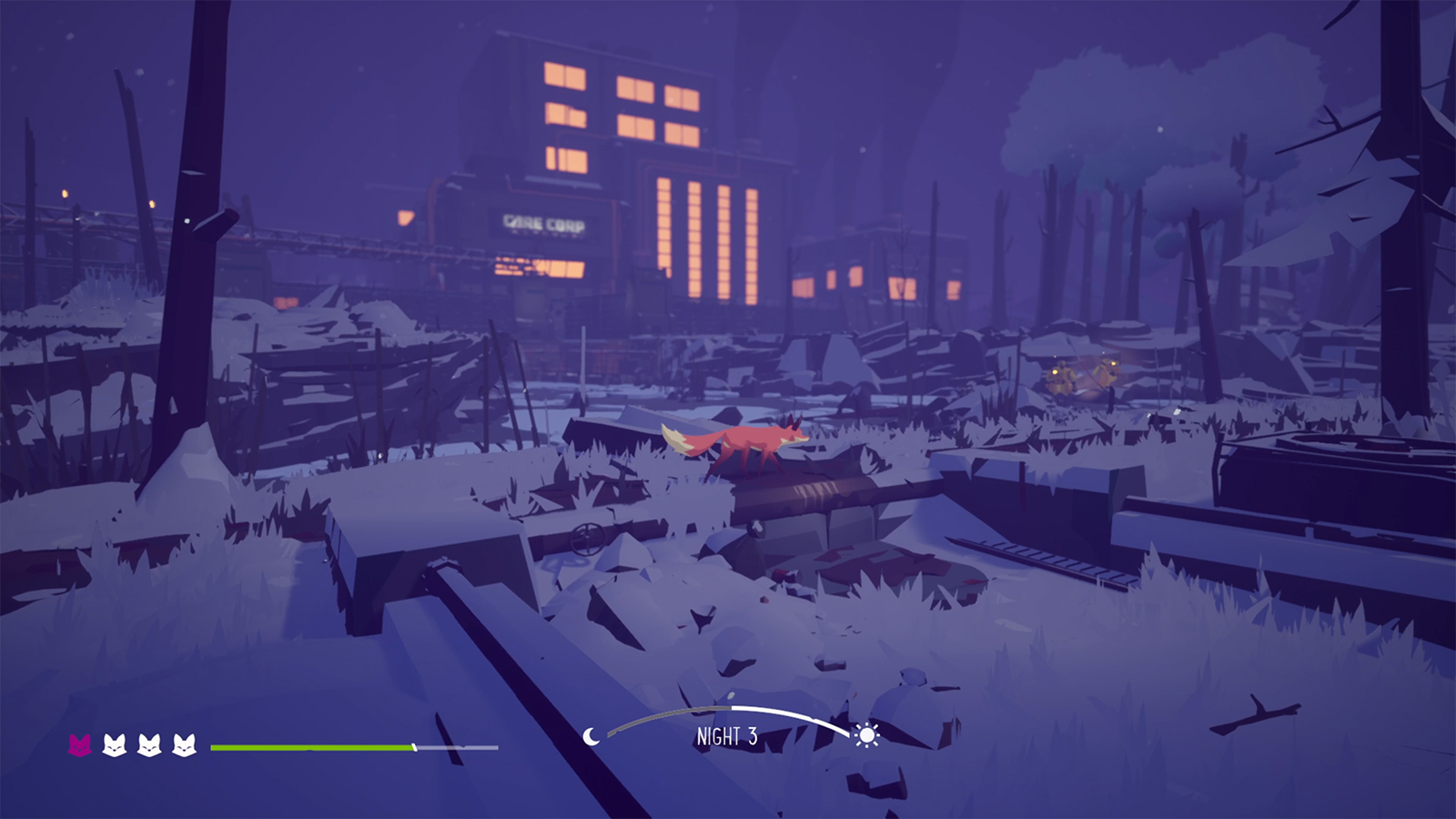 Keeping your pups alive is not easy, but Endling makes it an awkward responsibility. There is a hunger bar at the bottom of the screen that lets you know how hungry your pups are as well as how well they’re fed when they eat something. Only one pup is affected at a time, which does make taking care of them easier, but doesn’t work with the theme Herobeat Studios is going for. Mom never eats after she has her pups. All the pups eat the food but only one gets hungry. These simple disconnects don’t make the gameplay worse, but it doesn’t match with the realistic setting Endling tries to portray. The pups basically act as lives. If they all die, it’s game over. It’s also awkward because there’s an uncomfortable tug of war between moving the story forward and feeding your little ones. Every few levels, a purple scent shows up that you need to follow to figure out what happened to your missing pup. As you search and find objects of interest, a three dimensional, slightly transparent still image appears giving you a snapshot of what happened. It’s an effective storytelling mechanic but if your pups are hungry, the focus isn’t fulfilling the story, it’s feeding them. As night gets closer to day, more dangers arrive as the humans are now awake and looking for more animals to capture. You’ll have to dodge traps and fight off humans, but meanwhile, this scent is still waiting for you. While I risked it every time to get the story moving forward, that led to two of my pups dying – which did evoke sad moments – I can only wonder how long I would have to survive if I missed out on the story during that night.

Meanwhile, as each night moves on, you’ll see more litter, more traps, you’ll have more encounters with humans, and even refugees move in and significant events happen, but none of them have anything to do with the major point of the Endling which is demonstrating the effect of mankind’s destruction on Earth. You will see each area of the map become dirtier, but we don’t know what they’re doing to make it dirtier. There’s no drilling, you don’t see them making anything. It’s just two guys and a couple of lackeys constantly searching for you, while the factory continues to puff smoke in the background. And then, five hours later, it ends.

The events in Endling create sad emotions but they do not connect with how mankind is destroying the Earth. Events happen and we’re supposed to feel something because they happened, but the emotions are diminished because there is no connection to the message or the characters. It held up in the short five hours of play thanks to intriguing survival mechanics, but even those were messed up by an unfortunate, frustrating tug of war between survival and story progression. 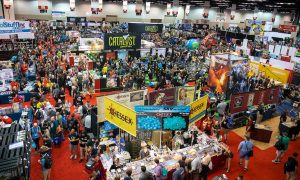