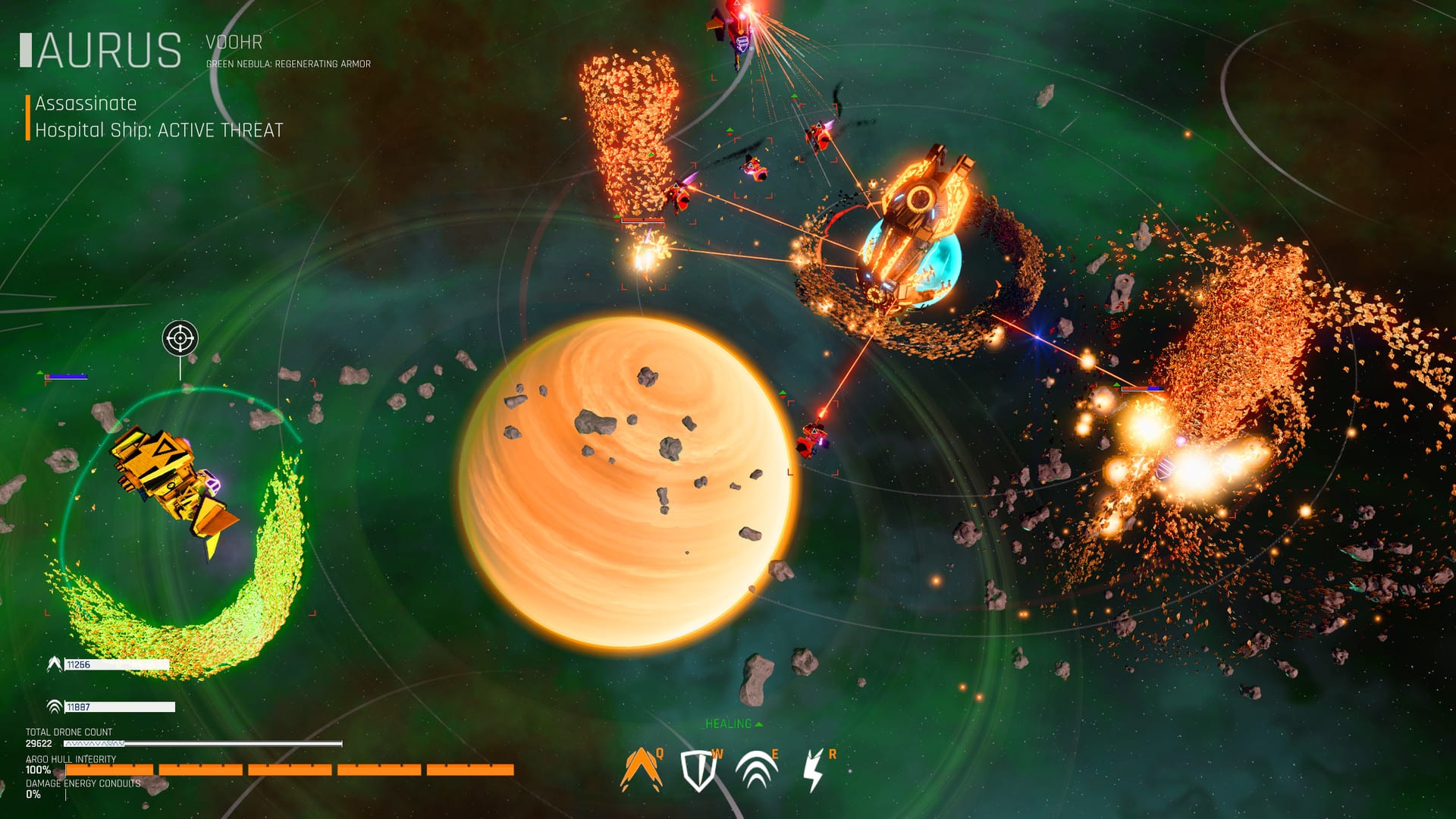 The initial plot setup of Drone Swarm takes a bit to wrap your head around. Invading extraterrestrials known as the Voohr seize control of Earth and nearly wipe out the entire human race. A pretty by-the-book apocalyptic, sci-fi tale until the protagonist’s brother literally transfers his soul unto a drone, then 32,000 other people have their souls siphoned into these mechanical bumblebees, and now you and your ragtag group of Star Trek crew members (plus 32,000 sentient drones) are on a humankind-saving mission to find a new, inhabitable Earth. What seemed like a simple story quickly shifts into plot beats I hadn’t even thought they were going to approach but it perfectly represents Drone Swarm as a whole.

Drone Swarm by Austrian-based StillAlive Studios is a novel blend of real-time strategy and quick-twitch puzzle-solving. While commandeering your colony of ravenous drones, control is relegated almost completely to the mouse. You’ll draw assault paths, sketch out shields, and hurl balls of drones towards enemy fleets like playing a round of intergalactic billiards. It’s a deceptively simple concept but when you find yourself surrounded by frigates of enemy ships—with each individual type requiring specific strategies—you’ll find that there’s a tremendous amount of skill and speed needed to overcome some of the especially overwhelming levels (and there can be a lot of them). 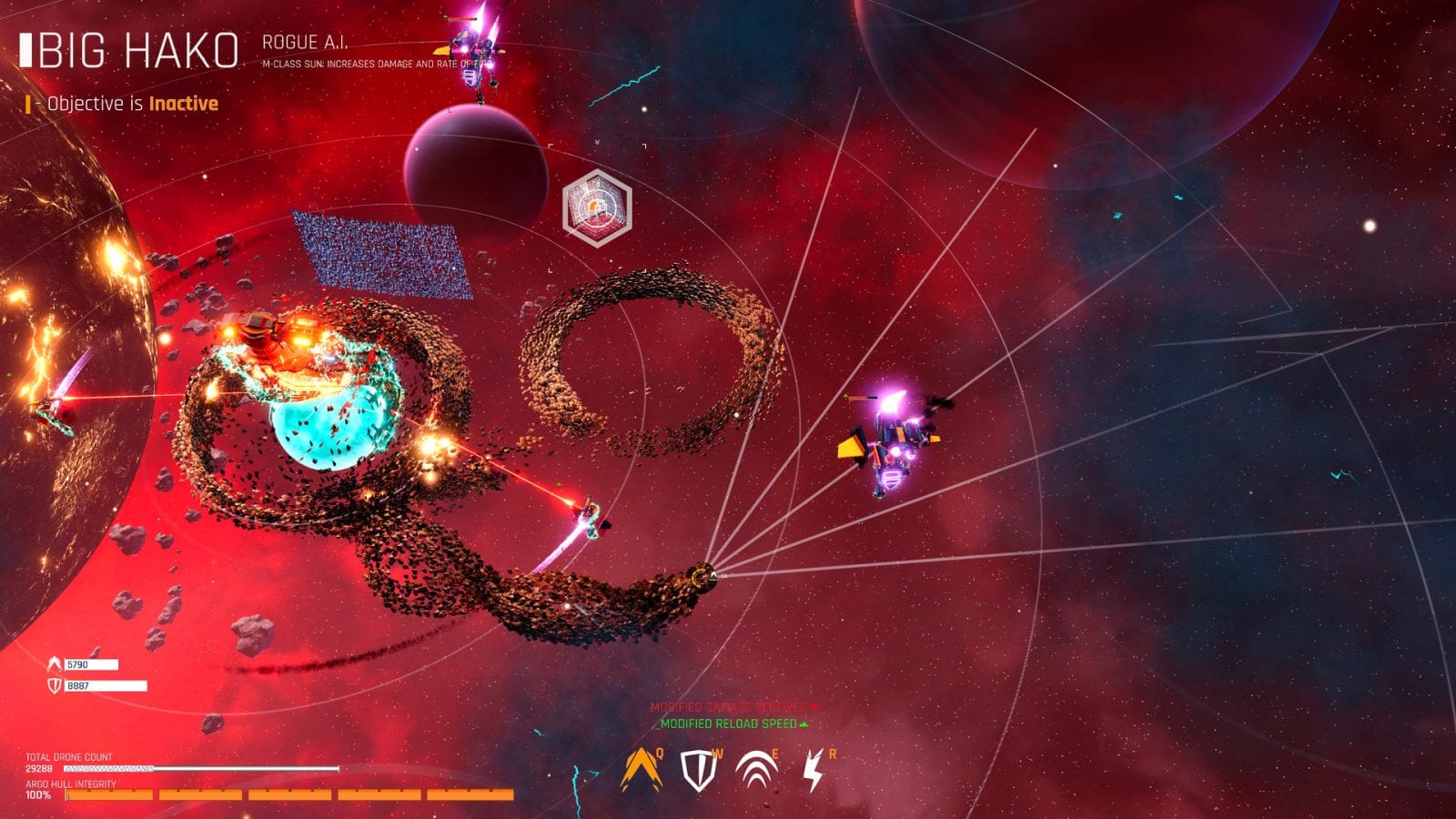 A basic control scheme–chart the positions of your drones to either repel opposing spacecraft or defend the Argo, your mothership. But like any other cleverly designed game, Drone Swarm makes you use a simple idea for some intricate, if not occasionally frustrating, solutions; some may boil down to pure aggression by taking down Dashaan crafts before they blast yours to pieces, while others force you to set up bulwarks evoking elements of the tower-defense genre. The variety of goals and ways to complete them keeps each of the missions from becoming overwrought or stale. Whether you’re protecting friendly ships from enemy fire or hauling in cargo, Drone Swarm forces you to make split-second strategic moves and it may lead you to do some good old-fashioned trial and error before you find the right solutions.

While Drone Swarm’s one-of-a-kind gameplay mechanic doesn’t disappoint, the same can’t be said for the title’s intriguing premise. After the initial shock of 32,000 people suddenly having their souls sucked into flying machines, the story delves into disappointingly generic territory. Without getting into spoilers, character motivations are downright egregious for most of the 10-hour campaign and the shallow plot quickly took a backseat after the luster of the unique premise wore off. 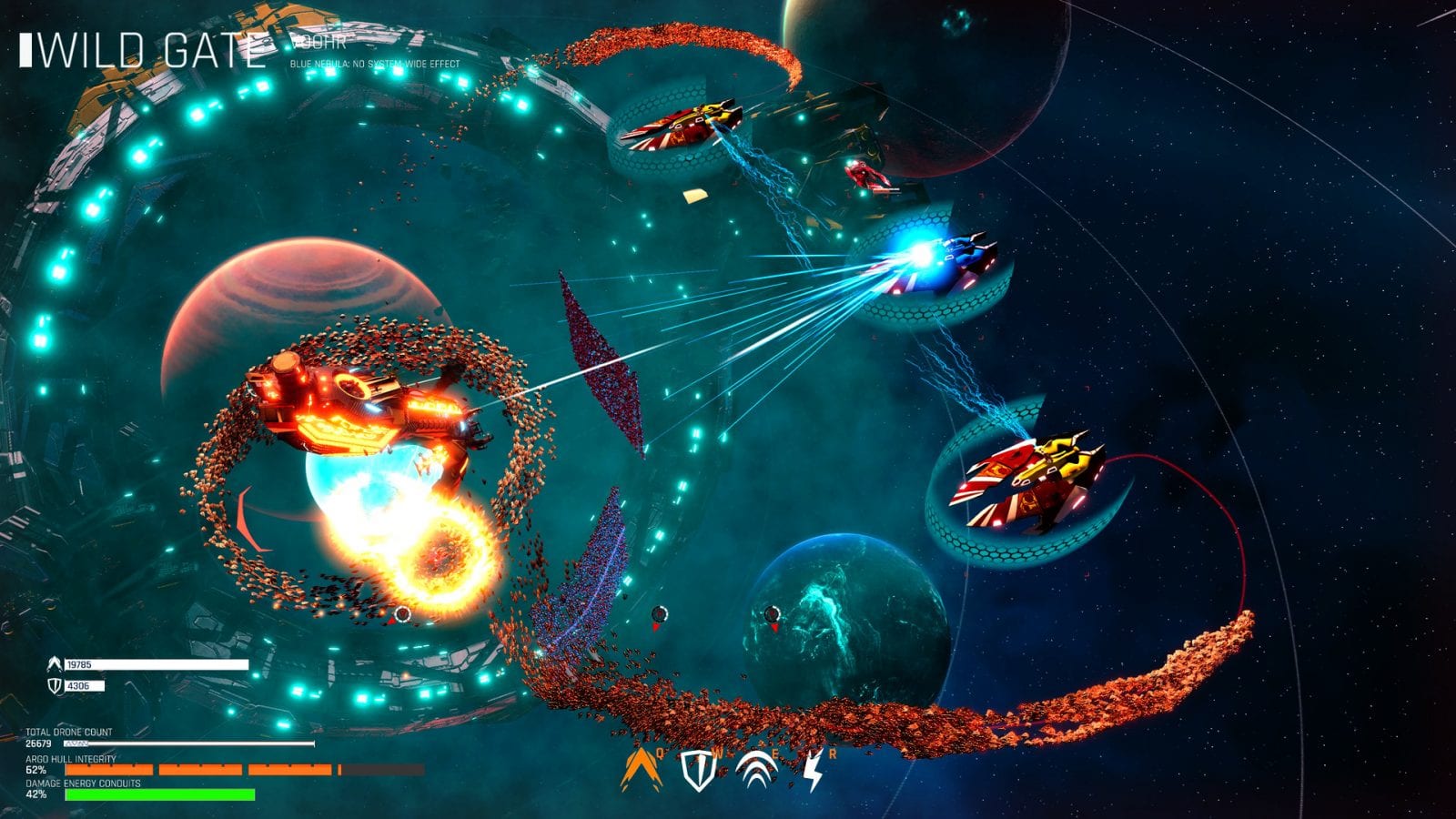 I also often found myself facing the “Defeat” title card for a few head-scratching levels. In most of them, I could see how I had incessantly failed in retrospect. I was either approaching the level using completely ineffective strategies or I wasn’t reacting fast enough to incoming enemy fire. Other times, though, the reason felt a little unjustified. Drone Swarm isn’t the most polished game. There are bugs where your swarm won’t cause any damage despite clearly passing through enemies, you’ll start a mission with 3/4ths of your health because your ship was wrecked by an asteroid the moment you spawned in, and there were numerous occasions where I had to restart the game because I’d be stuck in the loading screen before a level.

Despite the game’s shallow plot and technical issues, Drone Swarm is still immensely enjoyable. Conducting my orchestra of drones to flawlessly take down a Voohr starship, and seeing each one of the 32,000 drones being beautifully rendered, is some of the most satisfying moments I’ve had in a game this year. There’s nothing out there quite like this title; its bizarre blend of genres and gratifying gameplay makes Drone Swarm one of the most exceptionally eccentric strategy games in recent memory.

In spite of its bland plot and the occasional bug, Drone Swam brings a new and refreshing take to the strategy genre.