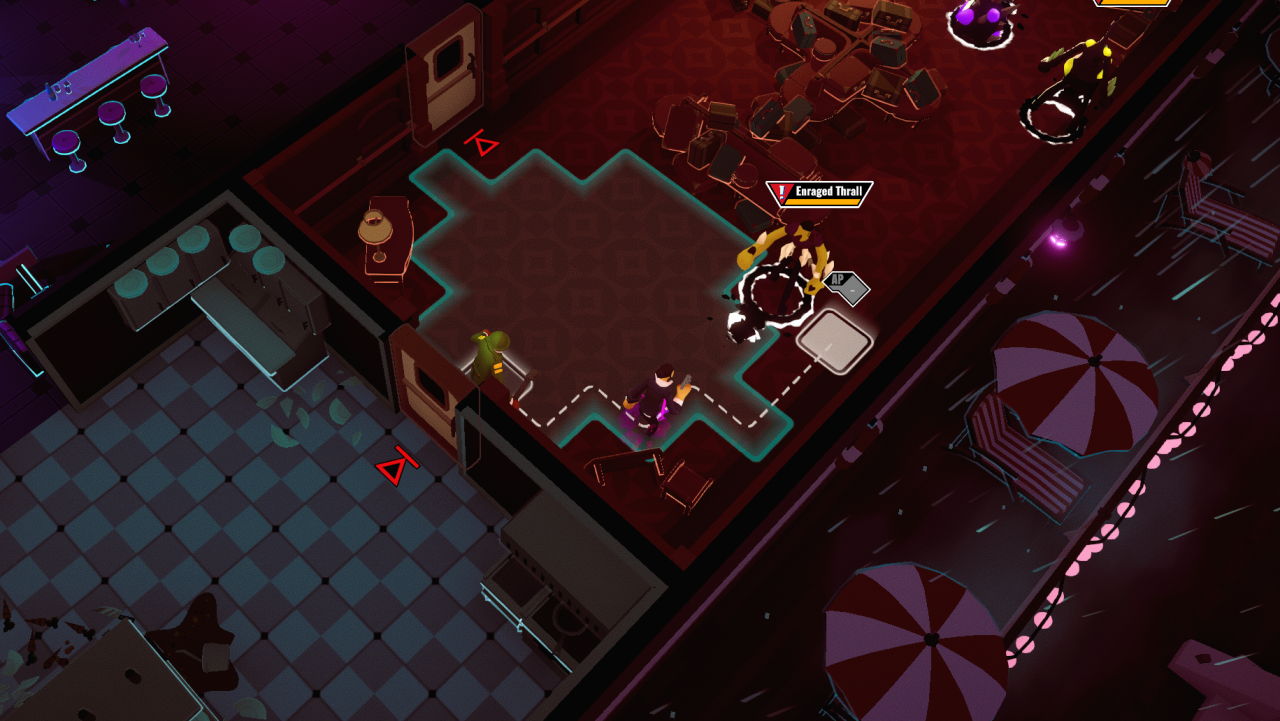 Dread Nautical is a good idea with just okay execution. Nothing in the game is particularly bad, but nothing stands out either. Dread Nautical offers little in the way of gameplay depth which causes the game to get stale after just a few hours. While the minimalist graphics are nice, I want more depth when it comes to gameplay.

I do appreciate that Dread Nautical offers players a few different play options. Dread Nautical borrows roguelike elements and offers players a choice of just how much they want. On normal mode, death resets to the previous day. On hard, your companions will be lost and you will have to find them. On the hardest difficulty, if you die then it is game over. Even on the lowest difficulty, however, you will be in for a challenge.

The core premise of Dread Nautical involves going from floor to floor of a cruise ship to get loot. You are looking for three main things: food, scrap, and runes. Food does exactly what you think it does. You eat it to keep your character alive and in shape. Going without eating will cause your character to have less health and make it harder and harder to survive. Scrap is used for just about everything. You need it to repair and upgrade weapons and armor, create important items like a crafting bench and beds for your companions, and sometimes other survivors may have a need for some scrap. Runes are used to level up different character stats such as health, armor, skill with melee weapons and guns, and so on. 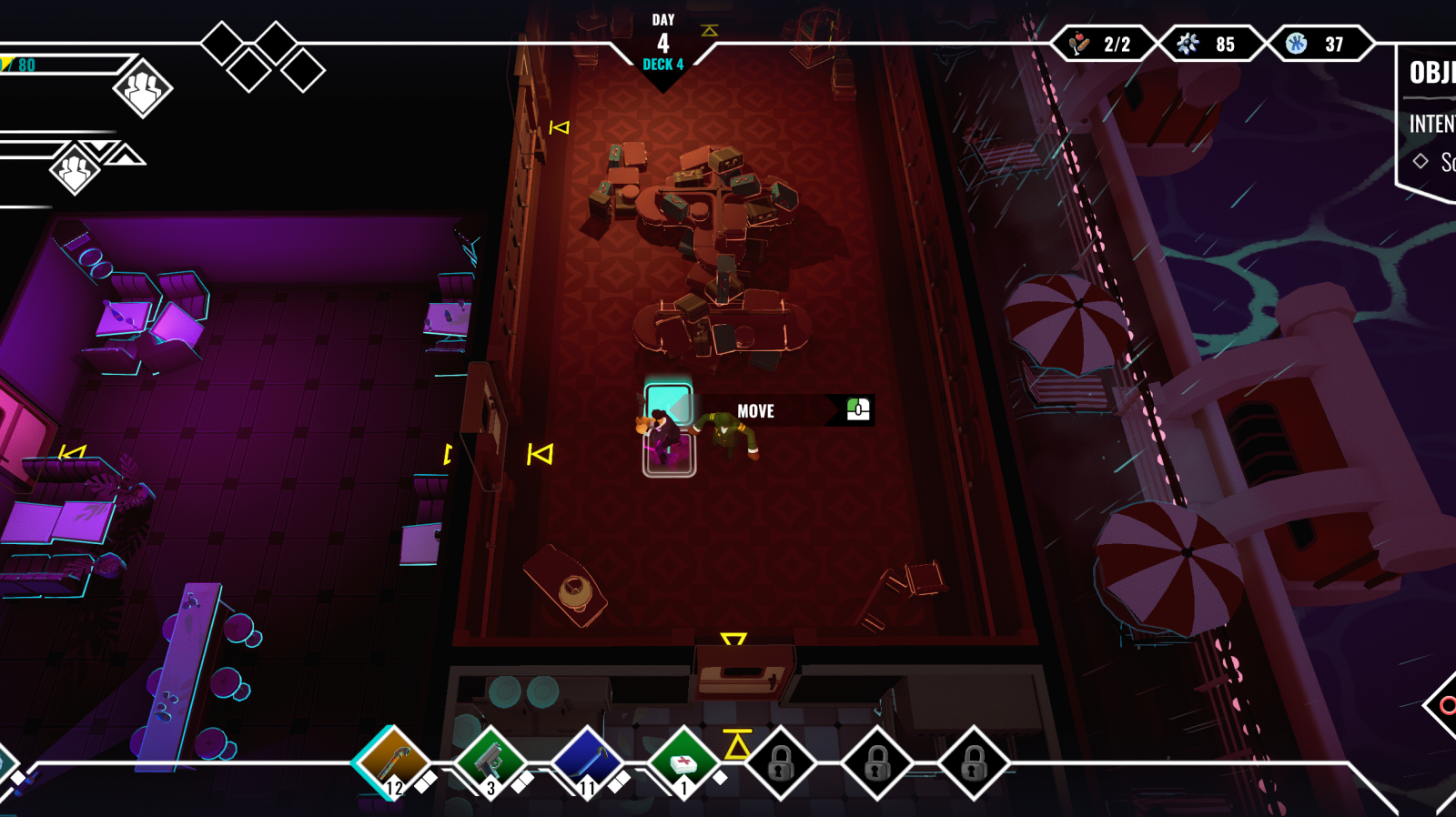 The minimalist art style looks pretty good from a distance!

This is all well and good, but there is something else you are supposed to be looking for. Weapons and armor are kind of important. The problem here, however, is that you have such a limited inventory, especially early on. I chose the ex-Yakuza and he only had 4 inventory spaces. This wouldn’t be too bad if weapons weren’t so valuable. All of the weapons break. Picked up an iron pipe? 10 swings and it is destroyed. Grabbed a gun? It doesn’t run out of ammo after 8 shots, it just breaks. I hate this system. I will always hate this system.

This creates a system where there is no drawback to using guns. Technically they are louder, but stealth is hot garbage here. The enemies just randomly wake up or not. It doesn’t really matter what you do. So why bother getting close and taking damage if you can just shoot them from a distance? If guns had ammo but did more damage while melee weapons were indestructible, it would create a risk and reward system and add some much-needed depth to the game. As it stands, there isn’t much of a reason not to lean on guns.

I’ve mentioned a lack of depth and that really is what hurts the game the most. You start the game by choosing one of four different characters. All of these characters feel very much the same, even with different abilities. You got the ex-Yakuza that is good with melee weapons, a detective good with guns, a nerd that is good with people, and a singer that acts like a bard. I didn’t notice that being better with guns or melee weapons really made much of a difference. They all seem to hit zombies the same.

The levels involve going through an elevator, blasting the fog horn, and then doing it again. There is some variation here, such as a boss or coming across survivors, but it all really boils down to the same thing. This wouldn’t be too bad if you actually got something from killing zombies, but since you level up by collecting runes, not killing, it really just wastes resources and feels like a waste of time. Sometimes they drop loot but oftentimes you’ll come out of a battle with nothing of worth. 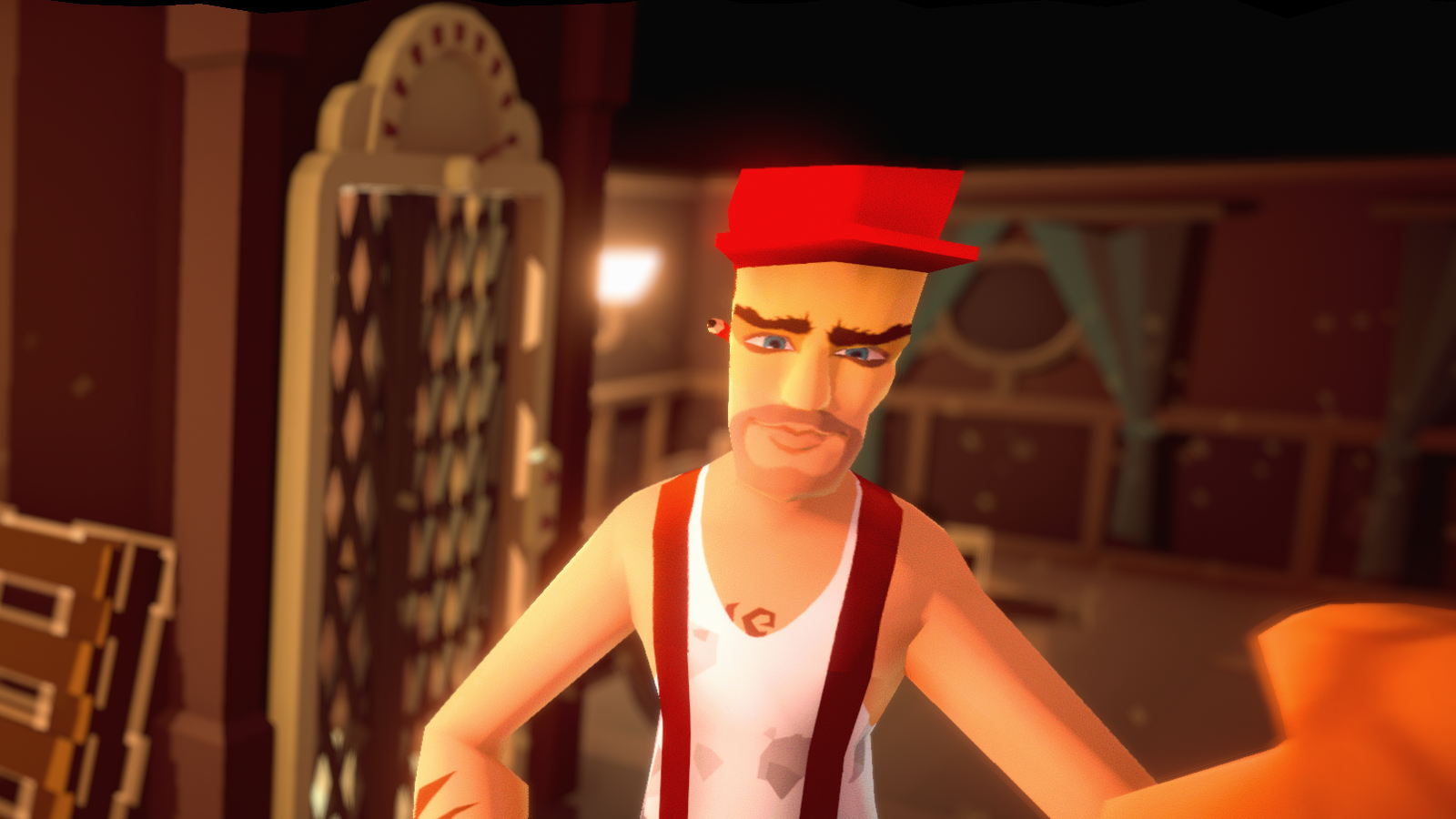 The minimalist art style does not look as great up close!

Combat itself is too simplistic to be interesting for long. It’s turn-based and is definitely on the difficult side, but there just isn’t much to do. You move yourself and your party, you hit a zombie, you get hit, repeat. Maybe you mix it up and use one of the few abilities your party has, such as being able to slash a zombie and move a square behind them. The closest to planning you can really do is position party members to attack from behind or sides to deal extra damage. The system works. It isn’t terrible, but I got bored of it pretty quickly. I needed something more here. A more enticing reason to kill zombies, more options in combat, anything really. 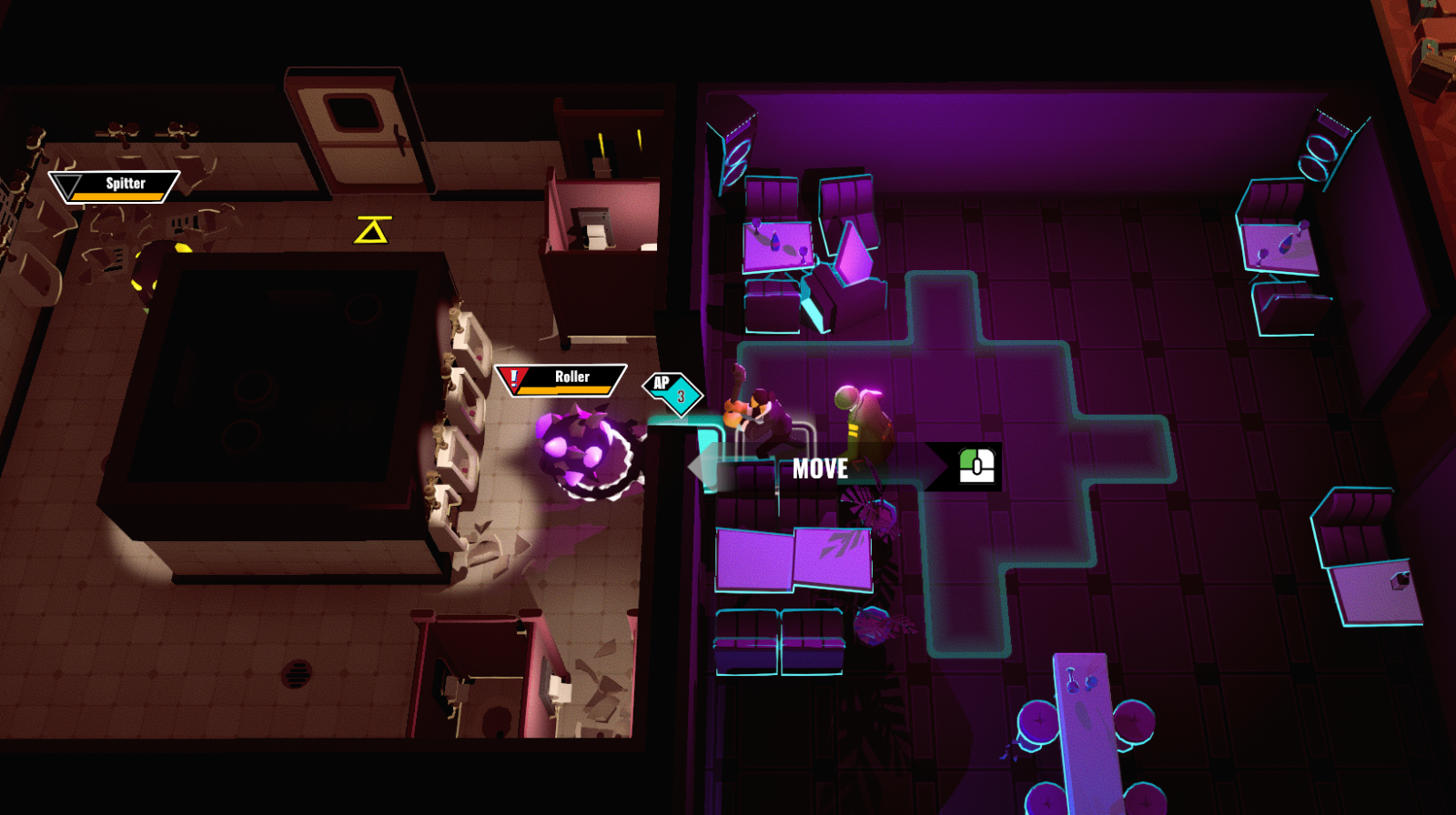 Combat lacks the depth to keep me entertained for more than a few hours.

The game does have a nice variety of enemies. They have some that spit, some that roll at you in a straight line, they have enraged zombies that deal extra damage, and some bosses for good measure. This is great, but I just wish it had a more enticing combat system to match. The pieces are almost all there to create a great game; it just all falls a bit short.

Dread Nautical offers minimalistic graphics and gameplay. The core gameplay loop is too repetitive to be interesting beyond a few hours. Survivors, combat, and looting all needed to be fleshed out more to create more engaging systems. Dread Nautical is a cruise I won’t regret skipping.

Dread Nautical offers minimalistic graphics and gameplay. The core gameplay loop is too repetitive to be interesting beyond a few hours. Survivors, combat, and looting all needed to be fleshed out more to create more engaging systems. Dread Nautical is a cruise I won’t regret skipping.

Austin Fern has been playing video games his entire life. The first console he truly fell in love with is the PlayStation 2 with Sly Cooper, God of War, and many others really leaving an impression. He enjoys all genres of games from FarCry 5 to Danganronpa and everything in between.
Related Articles: Dread Nautical
Share
Tweet
Share
Submit