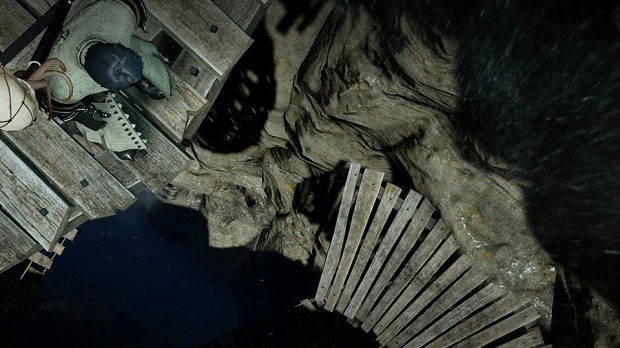 While Dragon Age: Inquisition’s latest DLC “The Descent” is full of content, new equipment, and more time with the wonderful members of its titular organization, whether the add-on is worth your time and money is largely dependent on how invested you are in a certain aspect of the series’ expansive universe.

The Descent has the Inquisition investigating seismic activity in the Deep Roads, an underground tunnel system that once acted as a way for the dwarves to make their way from one city to another without having to go to the surface. After the Blight led to the area being overtaken by darkspawn, the tunnels are mostly inhabited by the malicious creatures, and the various organizations that combat them, whether it’s the Grey Wardens or the Legion of the Dead that you’ll be dealing with during your time in the Deep Roads.

Through the majority of The Descent, you and your party will be accompanied by two new members, Valta and Renn. These dwarves are your guide through the Deep Roads and along with lending an extra hand in battle, both bring new exposition to Dragon Age’s dwarven culture, as well as an update on the state of things for their people after the events of Dragon Age: Origins. The Descent is all about dwarves and darkspawn, and if these aspects of Dragon Age don’t particularly interest you, you’ll find little outside of simply more Inquisition in the DLC.

But for those invested in all things Dragon Age, The Descent offers as fascinating new look at the oppressive side of dwarven culture, as well as more context for their connection to the earth itself, or as they call it, “The Stone.”

Your time in the Deep Roads brings new context, but also a great deal of new combat scenarios and enemies to fight. But unfortunately, the first half of The Descent is frontloaded with strange balancing decisions and uninteresting enemies that you’ve already fought hundreds of times before.

The Descent is full of fairly challenging fights, but the first half of the Deep Roads is only perilous because enemies are often thrown at your party haphazardly in place of more organically difficult encounters. Much of The Descent feels specifically designed to deplete players’ supplies and make combat more difficult, but in an artificial way. Supply crates are found more often than in any other area of Inquisition, meaning that Bioware was likely aware of the impact this would have on players’ inventory. But even so, combat drags on far longer than it ever needs to, and because darkspawn have such predictable tactics, the first half of The Descent can feel arduous.

As you and the Inquisition continue traveling through the Deep Roads, you’ll encounter new enemies, whose identity is best kept a mystery, that fight unlike anything else in the game, and it makes the latter half of The Descent feel fresh and interesting because they sport weaponry previously unseen in the Dragon Age universe.

Along with new enemies and story content, The Descent comes with its own designated War Table, full of jobs to send the Inquisition’s advisers on, and opportunities to help the Legion of the Dead. Few of these jobs are the time sink of ones found in Inquisition proper, but you’ll get new supplies, assets, and environments to explore.

There's a lot of new content for the Dragon Age enthusiast to enjoy here. The Descent is a worthwhile return to Thedas even if there's strange design choices that you'll have to suffer through to get to the best parts.