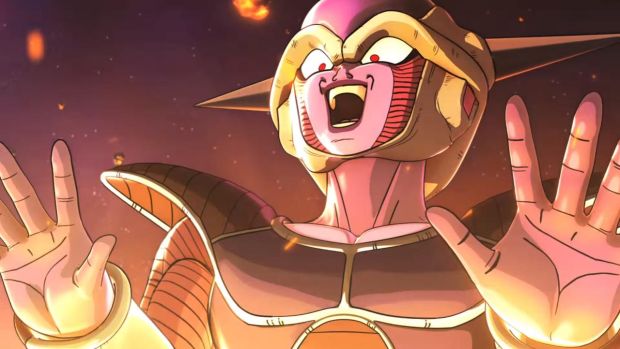 Dragon Ball Xenoverse 2 is an example of a game with a strong start but ultimately not enough variety to keep you engaged for long. While there’s no lack of content to the game, and fans will go nuts at the opportunity to play through some of their favorite scenes from the anime, the gameplay just doesn’t keep players engaged for very long.

The beginning of Xenoverse 2 shows a lot of promise, starting with a rather robust character creator that allows you to choose from an Earthling, Saiyan, Namekian, Majin, or Frieza race. From there, you can customize your looks to a fairly extensive amount, sometimes even going so far as to create creatures that look like an entirely new species. My character, a Namekian, ended up looking more like a member of the Frieza race than anything else, for example. This character creator is actually central to the game, as cycling between characters is one of its best features. Certain side missions and bonuses will only unlock for certain races. For example, there’s a series of quests about increasing the size of Majin Buu’s family, the full extent of which you’ll only see if you’re currently playing as a Majin yourself.

The combat of Xenoverse 2 is fun at first, but can very quickly dissolve into frantic button-mashing. Enemies are easily stunlocked, robbing most battles of their difficulty with little effort. However, the player character also gets easily stunlocked, meaning that the deciding factor of most battles will just be whoever gets the first hit in.
That said, it’s still a lot of fun to bring the pain to some familiar faces early on. In an early fight with some of Frieza’s goons, I got a serious kick out of smashing them through the sky, teleporting to their other side, then bashing them back like an aggressive game of ping pong. And while that’s a lot of fun, and a fairly accurate replica of the anime’s famous high flying battles, there’s just not a lot past the first few hours. You can unlock new moves and combos, but they’re rarely needed against most foes. A lot of the moves don’t do much either, as I rarely found a time where ranged attacks were more convenient than melee. You’ll no doubt find a playstyle that fits you, then stick to it for the duration of the game, as you’re never really forced to change it up. Most enemies are only different cosmetically, with no overall variation in terms of attack patterns.

If you get bored of playing as one of your new characters, there are also the parallel quests, special levels where you get to assemble a party of the series most iconic characters like Goku, Vegeta, and Piccolo, and duke it out with some baddies (or, depending on your party, some good guys). While the change to pre-existing characters is largely cosmetic, I had a lot of fun stepping into the shoes of some of my favorite characters for a bit and listening to them taunt some Saibamen.
Xenoverse 2’s story is overall one of its stronger points. While the “travel back in time to save the future” story is a bit cliche, even within the franchise itself, here it’s used to great effect as an excuse to revisit classic battle scenes. As a result, you can expect to see plenty of heroes and villains from the series itself, as well as all its spinoffs and movies. While the new characters and plot elements aren’t really anything special, the highlights would have to be the scenes where events play out slightly differently, forcing you to step in and fight. How would the series have changed if, for example, Lord Slug decided to help Frieza on Namek?

Despite the strong story, the cutscenes are a particular sticking point. The animation is really low quality, and most characters move in a jerky, unnatural way. This is also the worst attempt to match the dubbing to the character’s lip flaps I’ve seen in a long time. Characters’ mouths stop moving full seconds before they’re done talking. While I know exactly matching a character’s lip movement is next to impossible, here it’s so bad it’s distracting.

While Dragonball Xenoverse 2 has plenty of content based off of the franchise’s long history, the gameplay will most likely start to feel stale long before then.