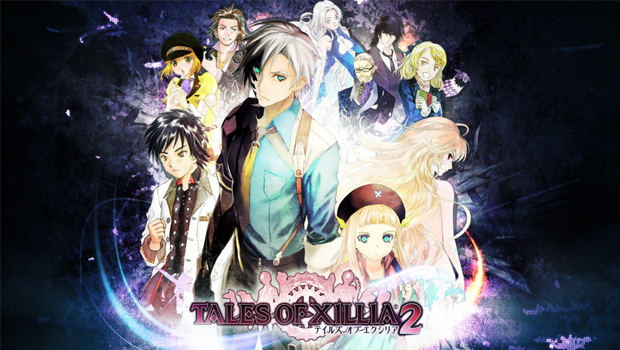 Sequels are notoriously difficult to get right. Even before the game starts, a sequel is damned if it does and damned if it doesn’t by its existing fan base. Stray too far from the original and it’s disloyal; make it too similar and it’s a money-grabbing rehash. Tales of Xillia 2 faces this challenge by picking up the story from the close of the original, bringing back familiar characters and settings and moving forward with a new protagonist and plot while utilizing changes in mechanics and gameplay. The end result is a game that looks and feels like the first, while playing slightly differently and telling a separate story. But do the worlds of Reize Maxia and Elympios really warrant a revisit, and is it worth your time and money? That all depends.

All the things that drew me into the first Tales of Xillia (TOX) remain present in the sequel, including an engaging plot, a unique cast of expressive characters and an excitingly fast paced combat system. Thankfully, Ufotable, the animation studio responsible for the cut scenes in the first TOX, has also returned to lend its support with brilliantly rendered anime segments that are some of the best I’ve seen inside or outside of a game. Just like in the original, the animations, character skits and in-game cut scenes are seamlessly interwoven into the gameplay, allowing TOX 2 to capture that “playing an anime” feel so many JRPG’s strive for.

Tales of Xillia 2 picks up one year after the events of the original title that resulted in the merging of two separate and opposing worlds, previously divided by a magical barrier. This time around, there is a new main character named Ludger Kresnik, an experienced cook with ambitions of following his older brother’s footsteps to becoming an elite warrior-agent of the Spirius Corporation. Ludger’s life gets unexpectedly turned upside-down when he crosses paths with a little girl named Elle, setting off a sequence of events that places the fate of multiple worlds in Ludger’s hands. Along the way, Ludger joins forces with some of the more familiar characters from the first TOX who will aid him in his quest.

The best part of this sequel is seeing all the old gang back together again. After spending 50-60+ hours getting to know them in the first title, it’s nice to catch up and see the likes of Alvin, Rowen and Milla back in action. The writing, voice acting and animations perfectly recapture the original sense of the characters, so if you’ve already played Tales of Xillia, you’ll immediately feel right at home. While it’s not absolutely necessary to play the first TOX (since this does have a new and separate plotline), there are quite a few references and nods back to the first title, and you’d probably miss out on a great deal of the significance without already having the foreknowledge. In short, I wouldn’t recommend diving into this one without first playing the original Tales of Xillia.

And therein lies the rub: Without the prior experience of the first game, you won’t be able to get as much out of this; but if you’ve already played the first game, you might not be as enthused about spending another 50-60 hours in the same settings with the same company. A major issue with TOX 2 is that it completely reuses elements from the original. Trudging through the same environments and facing identical enemy models to the tunes of familiar musical tracks may leave you feeling a sense of deja vu. There were even times when I forgot I was playing a sequel at all, it’s so similar.

Before you walk away thinking this is simply DLC dressed up as a sequel, let me first go into some of the new elements that TOX 2 brings to the table. The most notable change is the use of a silent protagonist. With the minor exception of a few grunts and nods, Ludger remains a mute character, allowing for you to select his responses in conversation. Similar to games like The Walking Dead and Persona 4, Ludger’s responses will affect his relationships with the people around him and even alter the path of the plot. While I like the way this conversation system helps break up some of the more lengthy cut scenes, there were times that Ludger’s lack of speech came off as noticeably awkward. You can only be in the same room with a guy who doesn’t talk for so long before you start to wonder about him.

Another interesting addition is the debt repayment system. Near the start of the game, Ludger is slammed with a massive 20 million “Gald” debt that he is forced to repay in minor increments. In order to ensure Ludger repays his debt, there are restrictions placed on his movements that are systematically relaxed with each new payment. It may be strange to say, but I actually found paying off Ludger’s debt to be a lot of fun. Having a massive sum of money bearing down on you (it takes about 30 minutes to generate 10,000 gald) adds a bit of spice to the intensive level grinding that is already a necessary part of the game. I felt a strange sense of relief and accomplishment every time I made a payment. And if you make your payments early, you’re even treated to some bonus materials such as items and costume add-ons. If only paying off student loans were this much fun.

I should probably mention that this sequel does take some time to find its stride. In the first Tales of Xillia, the main story kicks off right away with Jude meeting Milla Maxwell in the first half hour or so, whereas Tales of Xillia 2 took me nearly 12 hours before I really knew what was going on. This slow start is mainly attributed to the debt system, forcing Ludger to collect enough money to lift his travel restrictions and gain access to the different areas in the story. I like to think this slow start is intentional on the part of the developers in order to slowly ease the player into its rather complex combat and character upgrade system. But maybe they could have found a more organic way of going about this than selling off access to the map.

TOX 2 also brings in some new and welcome additions to the combat system. The Tales of series’ combat is already well known for its real-time, three-dimensional fighting-game style, granting players freedom of movement and choice in executing special abilities and combo attacks on the fly. Building off the same character linking system from the original title, TOX 2 introduces the ability for Ludger to switch between weapons mid battle with a choice of speedy blades, a powerful hammer and long range pistols (my personal favorite). The new on-the-fly weapons selection dramatically improves the combat system by increasing the options in personalizing your character upgrades and opening up new styles of combat.  Another new element is Ludger’s chromatus ability, which allows him to transform into a super-powered, interdimensional being that can really help tip the scales during difficult elite monster and boss battles.

Tales of Xilia 2 is everything you’d expect it to be after playing the original; however, it very rarely exceeds those expectations. On the one hand, it is a good thing to give fans more of what they enjoyed from the original, but on the other hand, it might be disappointing for anyone who is looking for something new after already schlepping through the first title’s 50-60+ hours of gameplay. As a fan of the first Tales of Xillia, I was initially happy to see all the familiar faces and revisit the old haunts that I spent so much time in. But it wasn’t long before my nostalgia began to wear off and I was left with the unmistakable feeling that I was more or less playing the second half to an extraordinarily long-winded game.

Tales of Xillia 2 ‘s greatest strengths are also its greatest weaknesses. Continuing the saga where it left off will be a joy for fans of the original who couldn’t get enough of its intricate world and colorful characters, but Bandai Namco’s choice to revisit a previous game may not satisfy those who are in search of new experiences in the Tales of series.