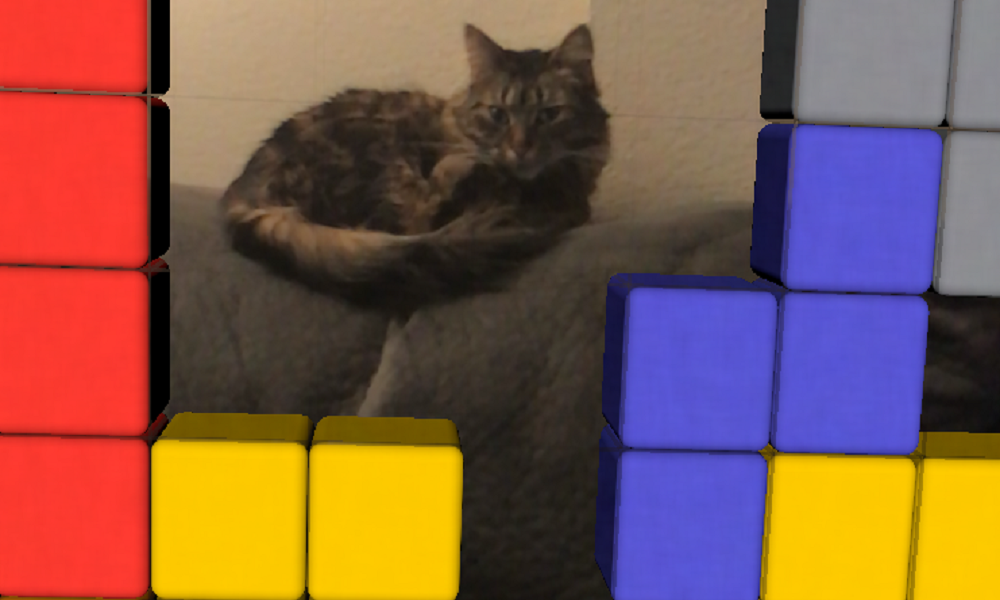 The title, “Tetrominos AR,” (or “Tetris AR,” after you download the app,) tells you everything you need to know about this game. It is an augmented-reality version of Tetris. For those of you still unfamiliar with what exactly augmented reality is, think of Pokemon Go. In Pokemon Go, you can wander the real life streets and catch wild pokemon in bushes, or on the side of a building, or in a Denny’s. Tetris AR takes that basic technology, and attempts to combine it with the exhilarating feeling of stacking blocks on a table.

To play, you scan a flat surface, like a stove top, with your phone’s camera. On your screen, 3-D blocks begin to fall, as if on the surface, instead of just toward the bottom of a colored screen as in the original Tetris. You can make it look like blocks are falling on your cat, in your toilet, whatever you want. Once a surface is found, the app does a good job of locking the blocks in that position “in your room,” so after you begin a game, you can always get up and change the angle you view the game from in real time. The blocks are delightfully colored and have soft-looking, rounded edges; an aesthetically-pleasing image that the room you play the game in will undoubtedly fail to keep up with, so the blocks come off as very cartoonish and fun. 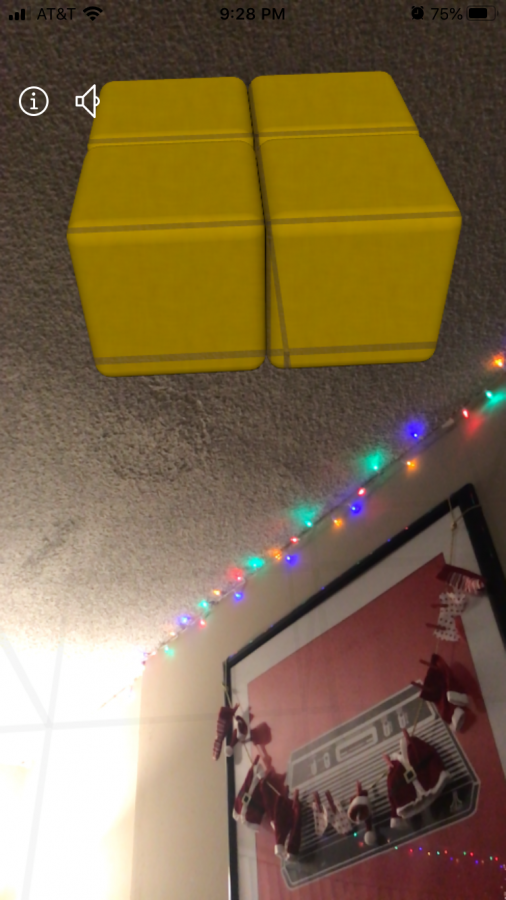 “Where are they? OH GOD-” *choking sounds*

There doesn’t seem to be a way to pause, quit, or restart games, and it doesn’t keep track of any of your final scores, or have difficulty settings. At the end of a game, you are invited to share your score with friends to spread the game around, but that’s it. As a result, every game feels like a one-off. There is no progress to be made, nothing to unlock, and no high scores to beat. 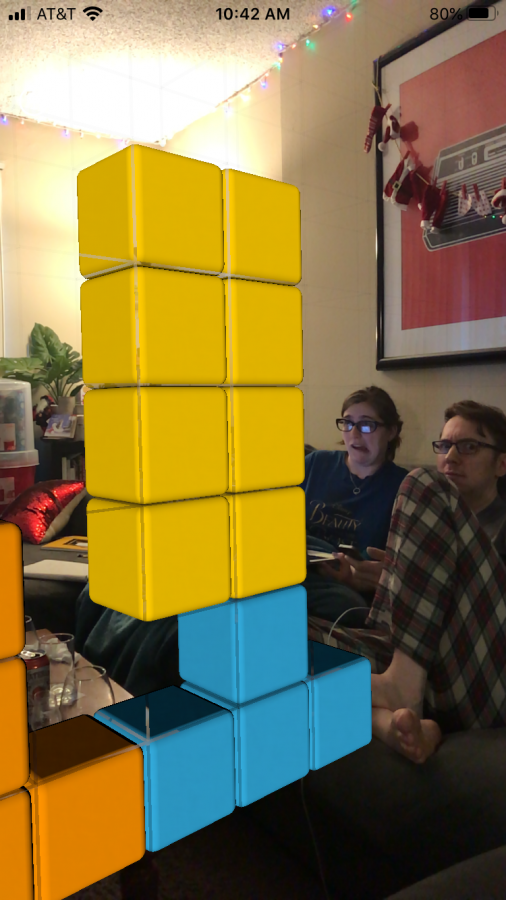 The way the phone detects surfaces could be improved, too. Even when it seems straight-forward to the human eye, it often takes a while for the app to detect the surface, if it detects it at all. Once it does, it’s usually off-center at least a little bit, so sometimes you have to hold the phone in a weird place or stay sitting in an awkward angle to play. If a surface isn’t detected in 60 seconds or so, the game panics and just shoves the blocks straight down your throat, which startled me and made me laugh the first time it happened. Thank God these blocks have rounded corners. And the blocks don’t seem to be able to avoid objects on surfaces, so a table with a couple beer cans on it will result in blocks landing on top of, or awkwardly going through the cans, which just doesn’t look good.

Overall, I fear that Tetrominos AR would lose every time in a head-to-head match-up with classic, 2-D Tetris because it is too bare-bones. So this isn’t an improvement on a game; it’s a higher-tech, but lamer version of a classic game that happens to be capable of taking place silently on your ottoman. It seems like a cool idea at first, and it may even spark a laugh or two, but it gets boring FAST.

Tim, originally from where Fallout 76 takes place, is a writer, soccer player, cook, baker, and of course, gamer, just looking for his teammate-in-crime. When it comes to gaming, he enjoys long walks on the beaches of Normandy. He loves traveling, especially fast traveling because it saves lots of time. He's 6' 4" so he's saving up for an XL standing desk for his TV and Xbox. He's just as comfortable going out on adventures as he is staying in with a glass of Nuka-Cola. He's very easy-going, or peaceful-going, or whatever the easiest difficulty is called. If you want him to, he'll tell your parents you met him at the Winking Skeever.
Related Articles: Tetrominos AR
Share
Tweet
Share
Submit