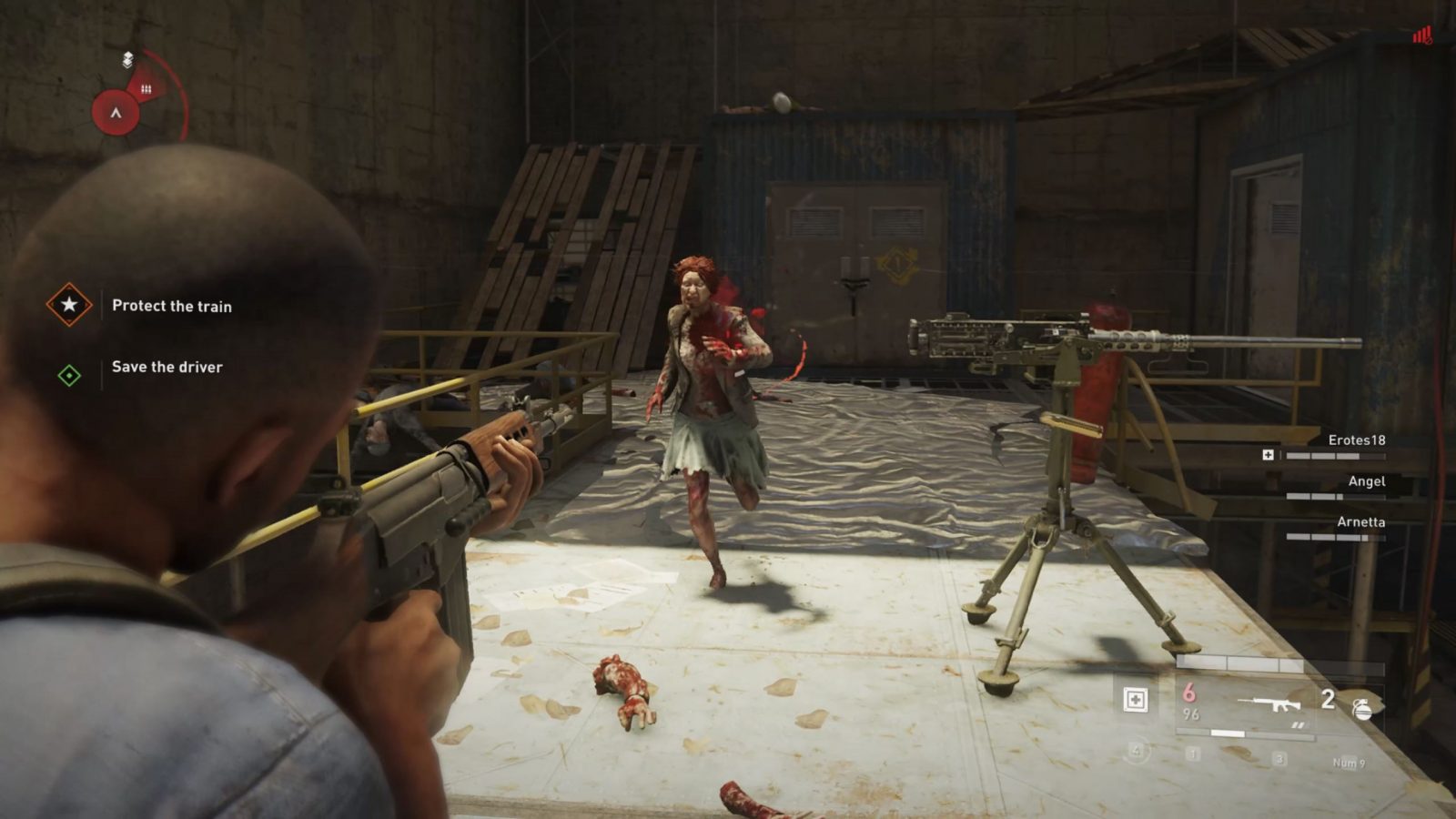 Zombie Games don’t nearly dominate the market as much as they did in the early-to-mid years of the 2010s. We’ve since had titles like Dead Island, Dying Light, and State of Decay, but they were eventually overshadowed by other genres in the gaming industry and zombies were sort of left in the dust. Since then, zombie games have had to do more than and be more in order to stand out and become a classic. That explains why series like Left 4 Dead and Dead Rising have such a huge following, as those games were the first to successfully do massive horde modes and had a variety of unique and creative enemies (among many other gameplay elements). Now, titles that came after tend to copy the same formula or gameplay elements that those games used, and World War Z is not so different. Recently, Sabre Interactive has released a GOTY edition of this title, and while there’s a number of new things included, it still feels like a clone of other successful zombie titles. Plus, as you’ll soon find out, the GOTY edition might not be the best bang for your buck. 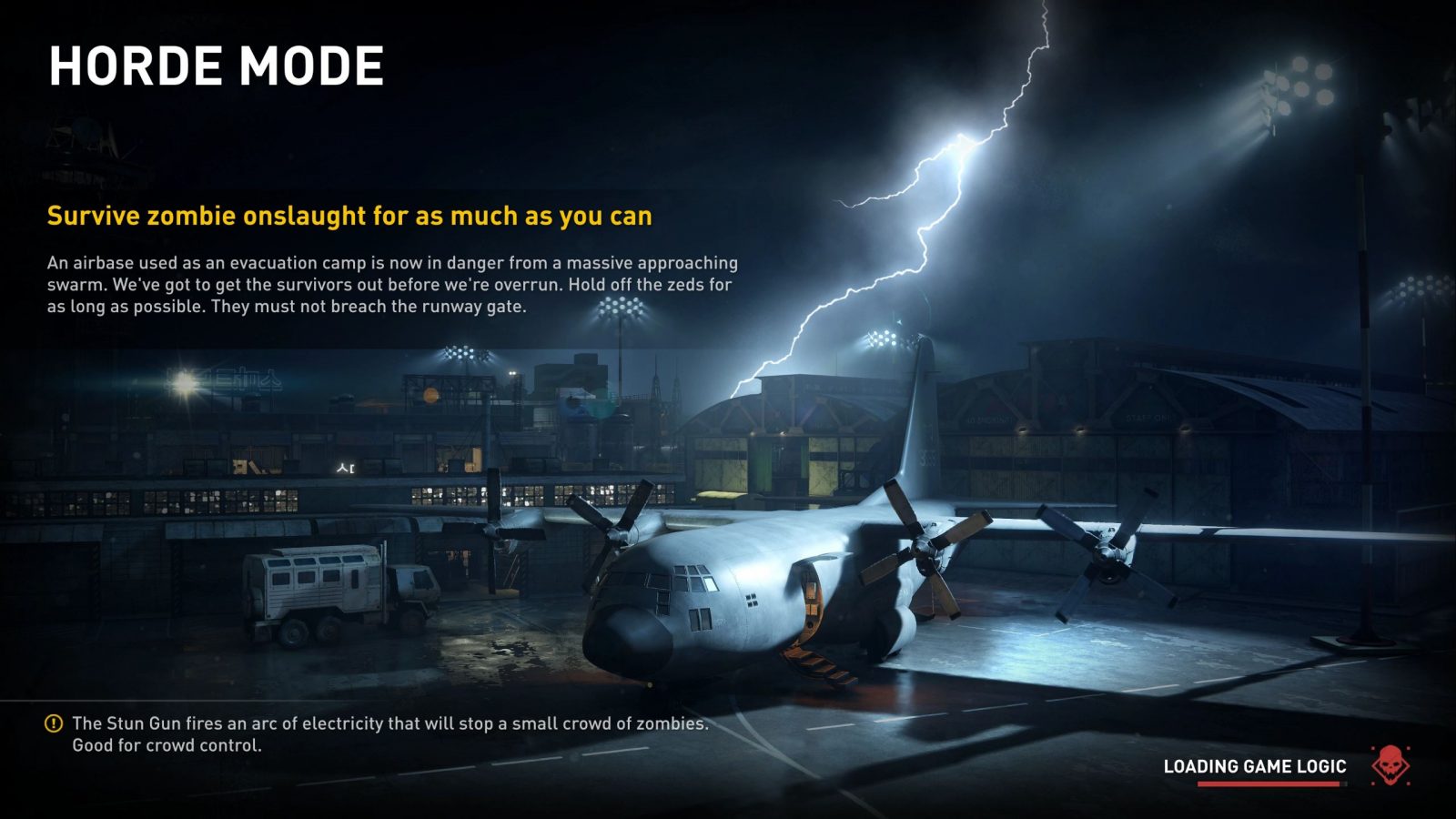 Horde Mode Z was included in this edition

World War Z GOTY edition includes the base title, its season pass, and all paid and free DLCs released. That may sound like a lot, but in reality, it’s as follows:

Effectively, you’re paying for character and weapon skins, and a jumpstart on the game with weapon variant packs. The Horde Mode Z is just a previous update to the base game that’s just being listed as content for the GOTY edition. If you’re starting to get what I’m letting on, then you’ll have realised that that’s not a lot of content for a GOTY edition. I mean, do you really want to be paying for weapon packs and character packs, when the base game has plenty of both weapons and character skins available already? In reality, the GOTY edition stands as a version of the game for diehards of World War Z who’d like the ability to customise their character and other skins and weapons they didn’t already unlock/purchase previously. For others, the base game stands as a perfectly viable option and is significantly cheaper. 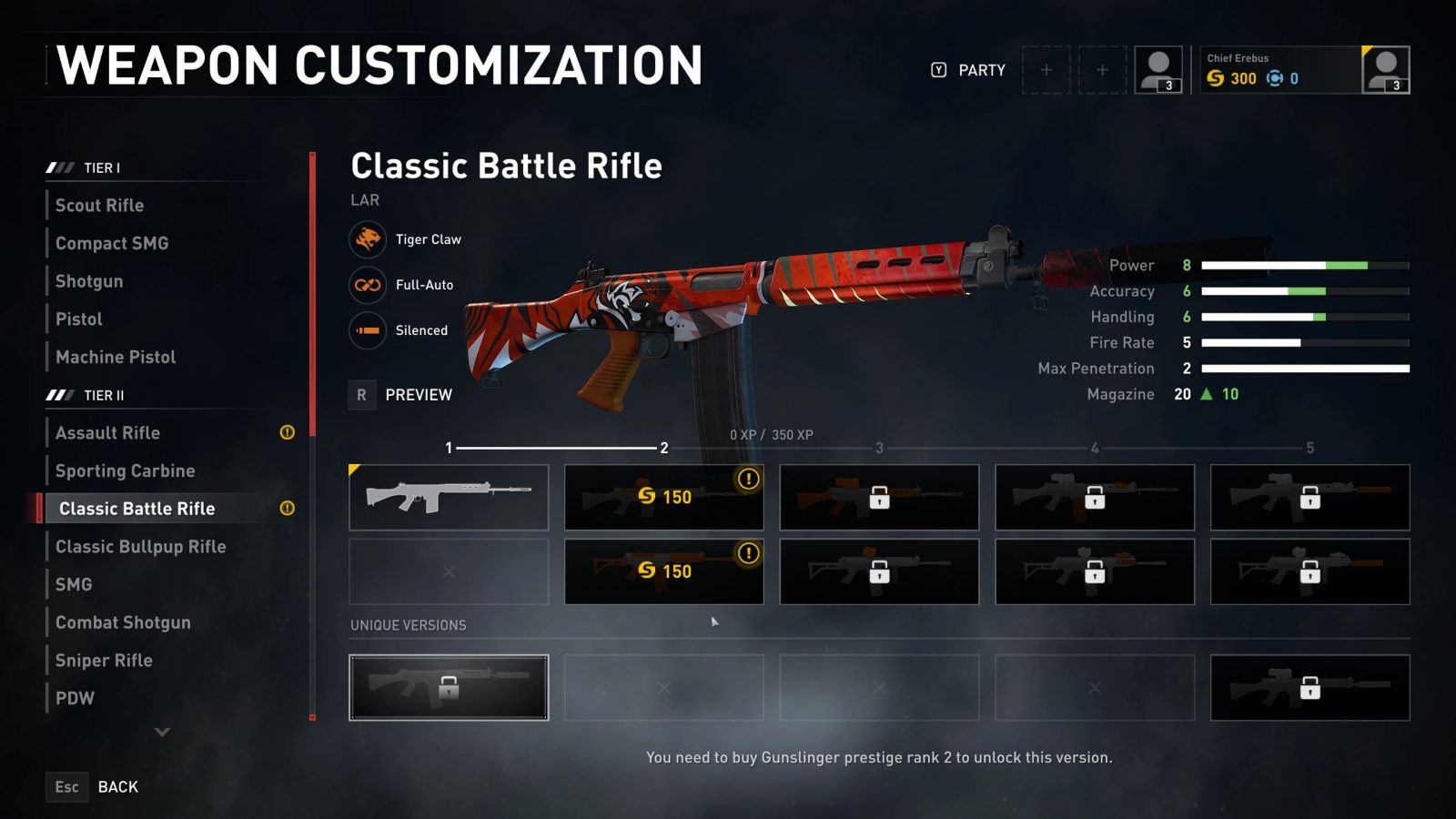 Now, I won’t go into detail in what the original World War Z game has to offer since this is a review on the GOTY edition. As you’ve already read the GOTY edition doesn’t have a lot on offer, and in reality, the Marseille episodes in this edition are all that is truly new and worthwhile. And I mean that only if you’re interested in getting more out of this game, since (as said before) the base game has plenty of content to tie you over.

The Marseille episode is set in France, where four members of the French Resistance are tasked with fighting through French streets to obtain weapons and medicine. Soon enough, the members discover a missile battery located in Fort Niolon, which was key in fighting the zombie hordes within France, isn’t responding anymore. The team volunteers to locate the source of the problem, which leads them to multiple battles with many, many hordes of zombies, and finding and assisting survivors along the way. Now, if I go any further I’ll spoil the story, as this episode is fantastic and provides much needed new content to this game. Do keep in mind that this episode can be purchased as DLC, so if you’re looking for an additional episode to the base game, you can get it without having to purchase the GOTY edition.

The character skin packs, weapon skin and variant packs are all great if you’re looking for a jump start to the game, or if you’re looking for customization that you didn’t already purchase. And a jump start does help since the game gets pretty damn tough just using standard, unupgraded weapons. The weapon variant packs allow you to breeze through those early levels since those guns are kitted out with suppressors, better optics, better handling etc. Skin packs, both weapon and character, are really just cosmetics, and I’d suggest this part to those who like to customize and alter the look of their character. 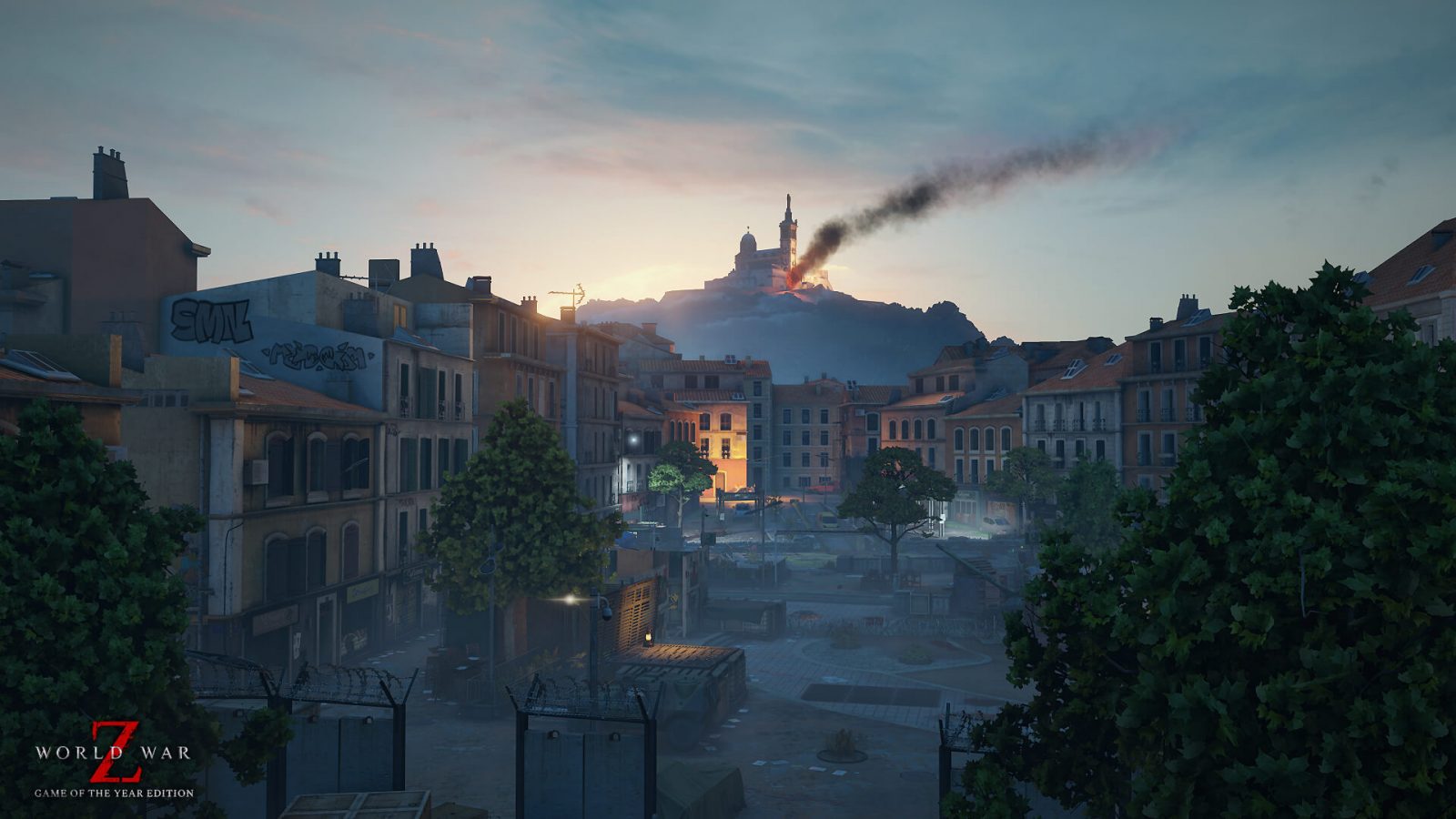 There are still a couple of issues I found with the game, even though it’s been over a year since its initial release, and I’ll keep these brief. The AI bots on your team are a killing machine but don’t do much of anything else. They won’t help you collect items or complete objectives, but damn will they slaughter anything and everything in their path. The only way to combat this is to either play online or with friends. I can’t suggest you’ll have much luck playing online either since this game is pretty dead. More likely than not, you’ll have multiple bots on your team to help you get through levels. In playing by myself, I found I was still lagging even though I’m the host, so the only way to combat this is to play in the offline mode. When I did play with other players, the server lag was dreadful. I had one issue where the lag stopped the game (I could still look around in 3D space, just couldn’t move) while I was in the middle of a zombie horde. When it returned to normal, my character had stopped running, and just as I was about to continue sprinting that horde overran me in mere moments. Though, that’s the crux of it all. The game is significantly more optimised than it was on release, which is always a breath of fresh air. As a side note, I played World War Z on PC, so issues like FPS weren’t present for me as they may have been if I had played on console. I only mention this since I didn’t have any FPS drops during the hundreds of zombies on screen, but a console might not have that same luck.

Though, there’s something to be said about killing hordes of Z’s

The GOTY edition should only be an option for those who are really only interested in weapon and character skins, and otherwise paywalled weapon variants. The Horde Mode is already part of Sabre Interactive’s free content push, so you’ll get that by purchasing the base game as well. The Marseille episode is DLC that can also be purchased on its own, so keep that in mind as well. In reality, the GOTY edition doesn’t provide anything new and worthwhile that the base game (and without spending any money on microtransactions) doesn’t already have. As far as World War Z goes, I definitely recommend it. But as far as the GOTY edition goes, I can’t say it’s worth the money.

World War Z GOTY edition doesn’t provide a whole lot to players that the standard edition already has done in way of free post-release content. In essence, you’re paying for character skins, and weapon skins and variants. While the variants help new players jump start their adventure, the upgrade for returning players isn’t all that worthwhile. The Marseille episode, while fantastic, can also be purchased as a separate DLC. In reality, the GOTY edition doesn’t have too many legs to stand on to suggest it’s completely worth the money.

With a deep interest in writing, Ben followed that into a Journalism degree. As an avid lover for gaming, he is constantly expanding his library with console, PC, and VR games. He's obsessed with stealth games and loves hunting down the smallest of details inserted by devs.
Related Articles: World War Z
Share
Tweet
Share
Submit