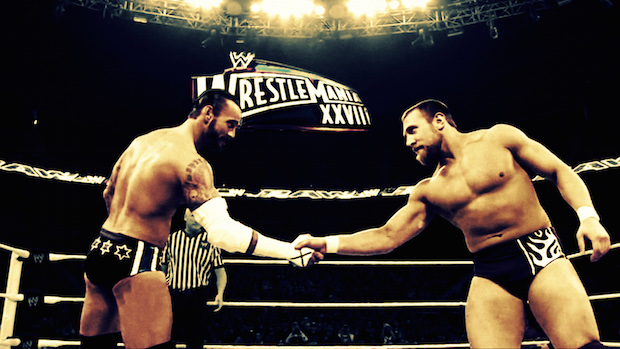 Tormentum possesses one of the most unique art styles ever featured in a game. The art style is one that embraces the dark nature of everything happening on screen. The dour art style seems to draw a lot of inspiration HR Giger, the artist who won an Oscar for his Special Effects work on Alien. Apart from that, he was known to make borderline demonic, paintings, which is also a tendency of the artists who crafted Tormentum. Throughout every plane of screen you traverse, you will see at least one piece of disgusting artistry that makes you sit back and simply say “damn.”

While it is hard to describe the visuals of Tormentum as “enjoyable,” they definitely keep you on the edge of your seat. Even if you find yourself tiring of some of the later puzzles, the art will keep you anticipating every little scene you find yourself about to approach. The art style extends from simple wall designs and in-game painting; it also shines a level of detail on each character.  Building a character can be a difficult thing, but when your base design is so detailed, as they are in Tormentum, that makes the task all the more easy.

One thing you can describe as enjoyable is the plethora of characters you will run into during your time with Tormentum. The aforementioned art style is what really makes you look forward to the characters but the writing you run into only brings about more interest. Many of the characters assess their own little witty quips; either that or they draw you into their personal story, which leads to some of the bigger moral choices. Your main character remains personality-less throughout the majority of the game, which only further plays into the moral choices that drive your playthrough.

To begin your tale, the main protagonist wakes up in a cage flying high in the sky, unsure of his surroundings. As is the trope, he has amnesia and cannot remember how he got to this demonic location. The only thing he knows is a recurring vision that he has seen of himself stabbing a sword into a statue. From then on, his quest is to escape the prison he is in and somehow find where his vision is leading him. This acts as a simple attachment to take you from one character to another, with no real plot development coming until the final fifteen minutes gameplay. While the way they tie the moral choices together at the end is slightly interesting, it still feels a bit trite. On one hand, the decision to end the game the way it does took some gall. But on the other, it is hard to shake the cheesiness of the whole situation.

Tormentum features a very well crafted soundtrack that contains a variety of tracks. These tracks tend to swap up as you go from screen to screen, helping each location form its own personality of sorts. While the darker tracks are appropriate and really help the atmosphere, you do run into some light-hearted melodies that serve as a wonderful breath of fresh air.

While characters and art can go a long way, point-and-click adventure games live and die by the puzzles that expand the games duration. This is where you must keep it simple, but also keep it difficult enough to keep the players attention. Unfortunately, this is also where Tormentum begins to fall off of the rails. There are more than a few situations where you run into intriguing puzzles that really make you think, but that becomes less and less prevalent as the game progresses. Some of the better puzzles come from having to search the detailed environment and closely listen to the dialogue.

Unfortunately, a lot of puzzles are relegated to simple slide puzzles that quickly become infuriating. If you were to scatter two to three slide puzzles throughout the game, that would be more than acceptable. But that is far from the case, as you will run into a deluge of slide puzzles that will make you want to pull your hair out.  There is also one puzzle around mid-ways through the game that forces you to fit tetromino pieces into a large square. As you may be able to guess, this is far from fun and does its best to present you with the largest migraine possible.

It really is unfortunate that Tormentum's puzzles slide in short as the art and characters work together very well, which is only heightened by the solid soundtrack. While the story is mostly barren for a majority of the gameplay, the characters manage to carry your interest in the happenings around you. Ultimately, Tormentum comes close to forming a great point-and-click adventure in 2015, but the lack of variety in the puzzle design really drags down the whole experience.