I think we can all agree that giant robots are cool. The fantasy of flying around in a powerful yet graceful mech has appeared in media time and time again. These cool robots can be used to explore powerful themes and ideas like in Evangelion, but sometimes you don’t want the robot to be a metaphor. Sometimes you just want big robots to fight each other in spectacular fashion without thinking about if you’re worthy of being loved or if humans are the real monsters. That’s not to say that Daemon X Machina doesn’t have anything to say — the game’s title invokes and inverts the popular Latin phrase “Deus ex machina,” or god from the machine — but the game certainly places more focus on the rad robots part of the genre than some of its contemporaries.

Daemon X Machina takes place in a post apocalyptic future where a portion of the moon has crashed into earth, releasing a new yet deadly energy resource called Femto. The area of the moonfall has been quarantined from the rest of the world to stop Femto from spreading across the world, however three corporations remain in the Oval Link to mine the resource and export it. Meanwhile, a mysterious AI race called the Immortals has emerged to kill all humans and take over the world (or so it seems). The three consortiums, bound by a treaty from the neutral organization Orbital, employ mercenaries to defend their territory, gather resources, fight off the Immortal menace, and do other odd jobs. As one of these mercs, you’ll pilot your own customizable mech to take on jobs, and maybe discover the secret behind the moonfall and the Immortals. 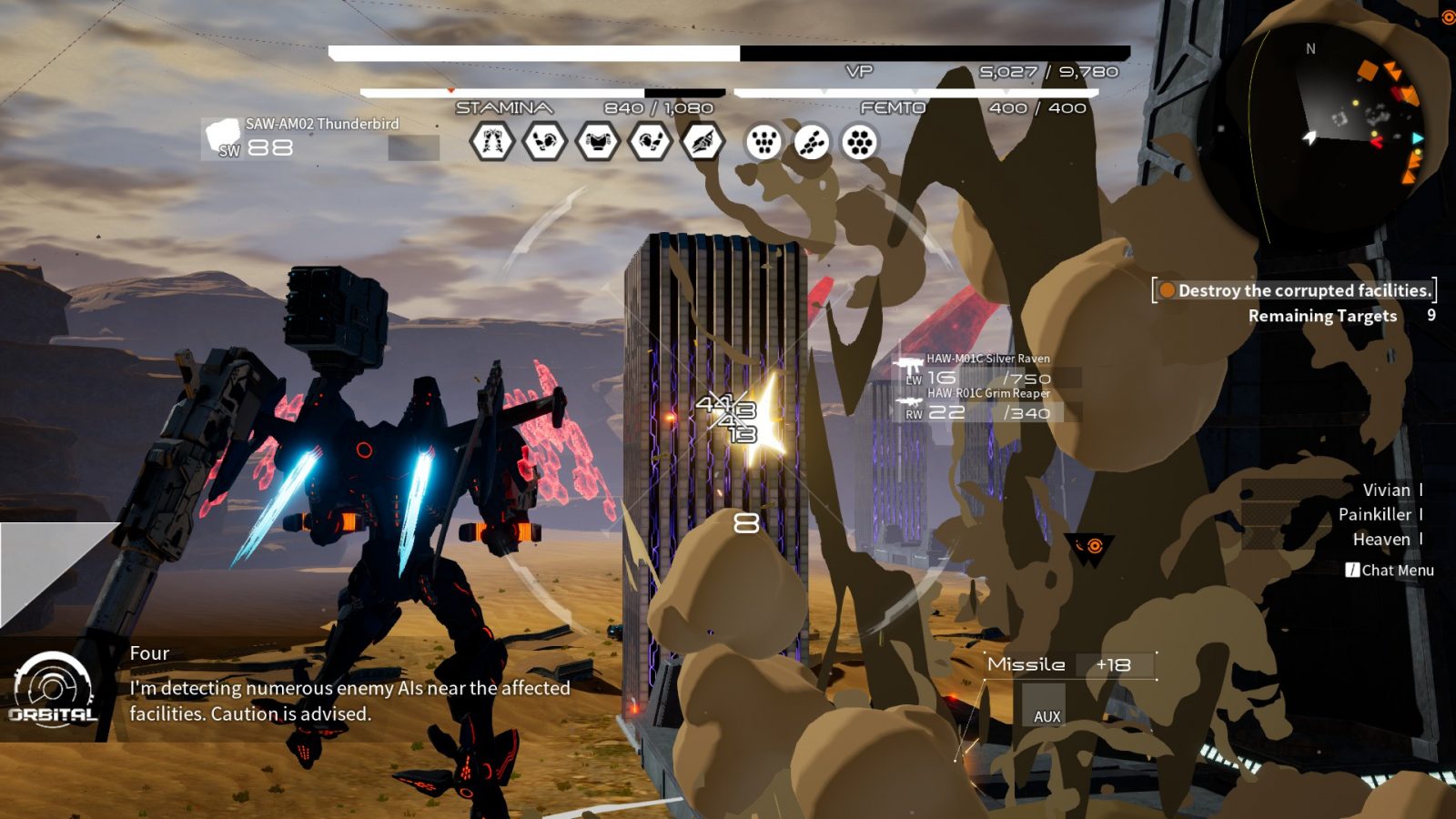 Gaming Trend previously reviewed Daemon X Machina for its original release on Nintendo Switch, so I’ll try to avoid repetition here and speak mostly on the quality of this new PC port. While personally I think the battles with other mercenaries are some of the best battles in the game, for the most part I agree with that review: Daemon X Machina is a great game that has the potential to be even greater. The fun and fluid mech combat and off looking character models are all still here in the jump to PC, along with a higher resolution and better framerate. Unfortunately, there’s not a whole lot of customization you can do in the graphics department, I didn’t find an option to set the resolution above 1920×1080, but that is the maximum resolution of my monitor so the game could just be detecting that.

While I couldn’t fine tune the visuals as much as I would like, the options here are serviceable and players with high refresh rate monitors will be delighted to know that the game supports up to 200 fps, though I don’t own one of these monitors and was not able to test that feature. Playing through every mission, the game never dipped below 60 fps even on my less powerful laptop; it’s a surprisingly non-intensive game to run even when flying at full speed across a map with explosions and effects everywhere. I really can’t overstate how amazing the game feels when it plays this smoothly and looks this clear. The new keyboard controls also feel good to aim and shoot with, though there is no mouse support in menus so I stuck with a controller. 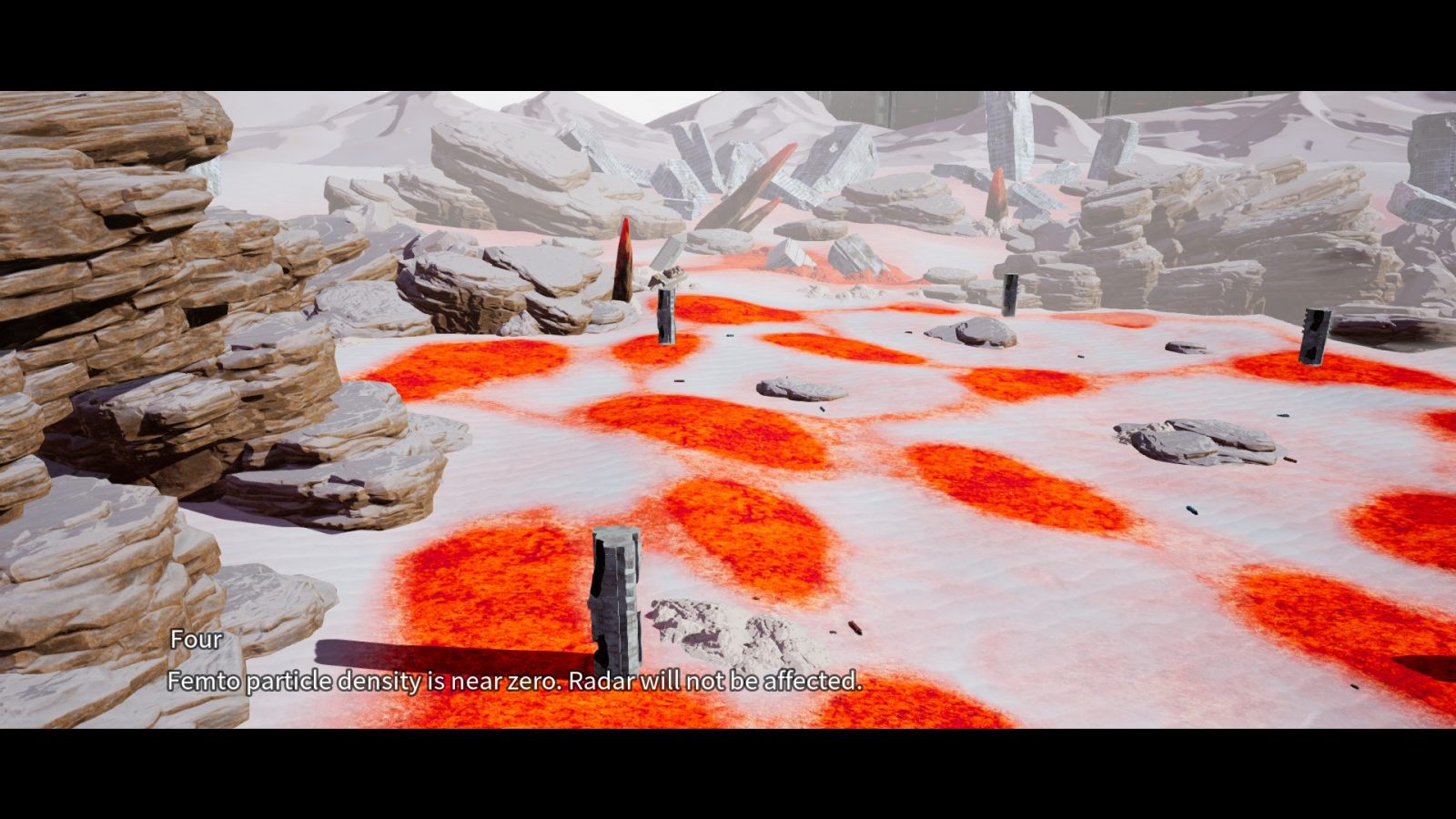 Everything from the Switch version is here on PC; well, almost everything. When comparing the available customization options in this release to the DLC list on the eShop, there were some notable absences. While that’s understandable for crossover packs like the Geralt and Ciri outfits from the Witcher III, it’s strange that the game is seemingly missing things like additional Arsenal paint jobs and tattoos for your Outer. These could still be in the game as unlockables with the multiplayer modes, which I could not test before this review, but after completing the story and all optional missions, including the secret boss, some customization options were nowhere to be found.

Daemon X Machina has found its home on PC. The game looks and runs beautifully, and is surprisingly well optimized. This is the best version of a great game, don’t miss out on it.

David is the kind of person to wear his heart on his sleeve. He can find positives in anything, like this is a person who loved Star Fox Zero to death. You’ll see him playing all kinds of games: AAAs, Indies, game jam games, games of all genres, and writing about them! Here. On this website. When not writing or playing games, you can find David making music, games, or enjoying a good book. David’s favorite games include NieR: Automata, Mother 3, and Gravity Rush.
Related Articles: Daemon X Machina
Share
Tweet
Share
Submit