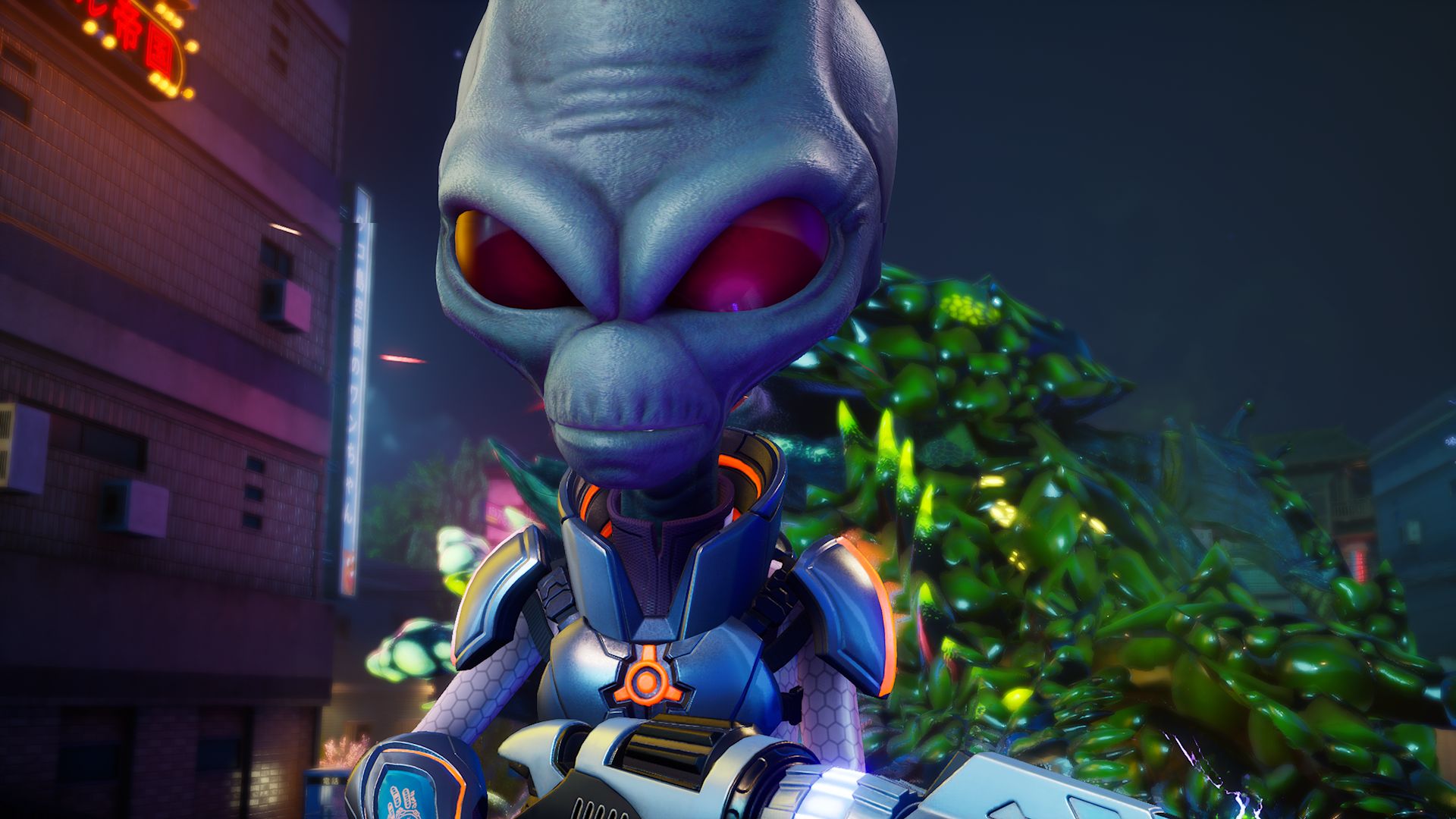 The Destroy All Humans games have fared rather well in the past which has led to their remakes so we can relive the story once more, and with prettier graphics. The first Destroy All Humans was actually remade twice, first in 2016, which did not go all that well, and then again in 2020, which performed much better. Now we have been presented with a remake of Destroy All Humans 2, we’re getting reprobed.

The world was first introduced to Cryptosporidium in 2005 when Destroy All Humans! was unleashed on the public. The dashing and funky Furon captured the hearts (and brains) of many with his Jack Nicholson persona and to this day he is still loved by many, though maybe not by choice. In 2006 we were blessed with a sequel in Destroy All Humans 2 which continued Crypto’s story with Crypto-138 chasing down the KGB after the assassination of Crypto-137. Destroy All Humans 2 Reprobed is actually my first experience with the DAH games, and I have some mixed feelings. 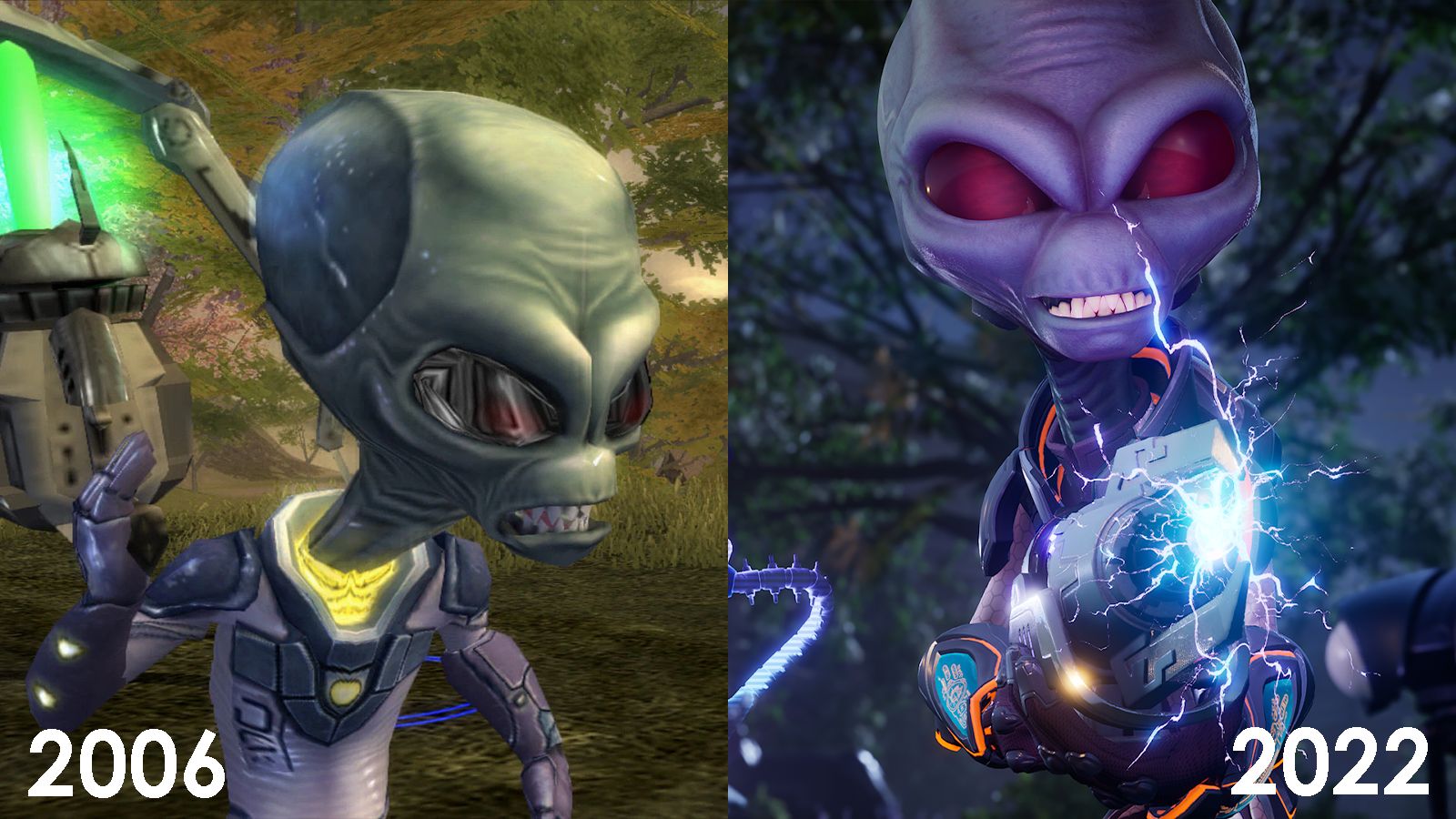 It’s been almost 16 years since the original release of Destroy All Humans 2, and technology has come a long way since then, especially when we’re now even a console generation ahead of the remake of its predecessor. The game has substantially benefited from the massive upgrades the newer platforms have to offer, from the 60fps, newly rebuilt assets and animations, and being able to play the game in 4K, to the advancements in audio since 2006. Graphically it looks fantastic! I’m nitpicky when it comes to visuals, such as how the rocks look, and, I have to say, the rocks look great.

But that’s not to say that the game is perfect, because it’s not. The game is full of bugs and glitches and you get a lot of pop-in during cutscenes, which is where I would think there would be virtually none. There were many instances of vehicles and other very large objects just randomly flopping around, a random laser beam just chilling next to a building, and so many other weird things happening that would make me pause to marvel (and take a screenshot). Thankfully I didn’t run into any game breaking bugs and the game’s performance overall was stellar. I didn’t have any dropped frames, load times were minimal, and gameplay was very smooth. I took much joy in hopping in the flying saucer and decimating entire buildings. 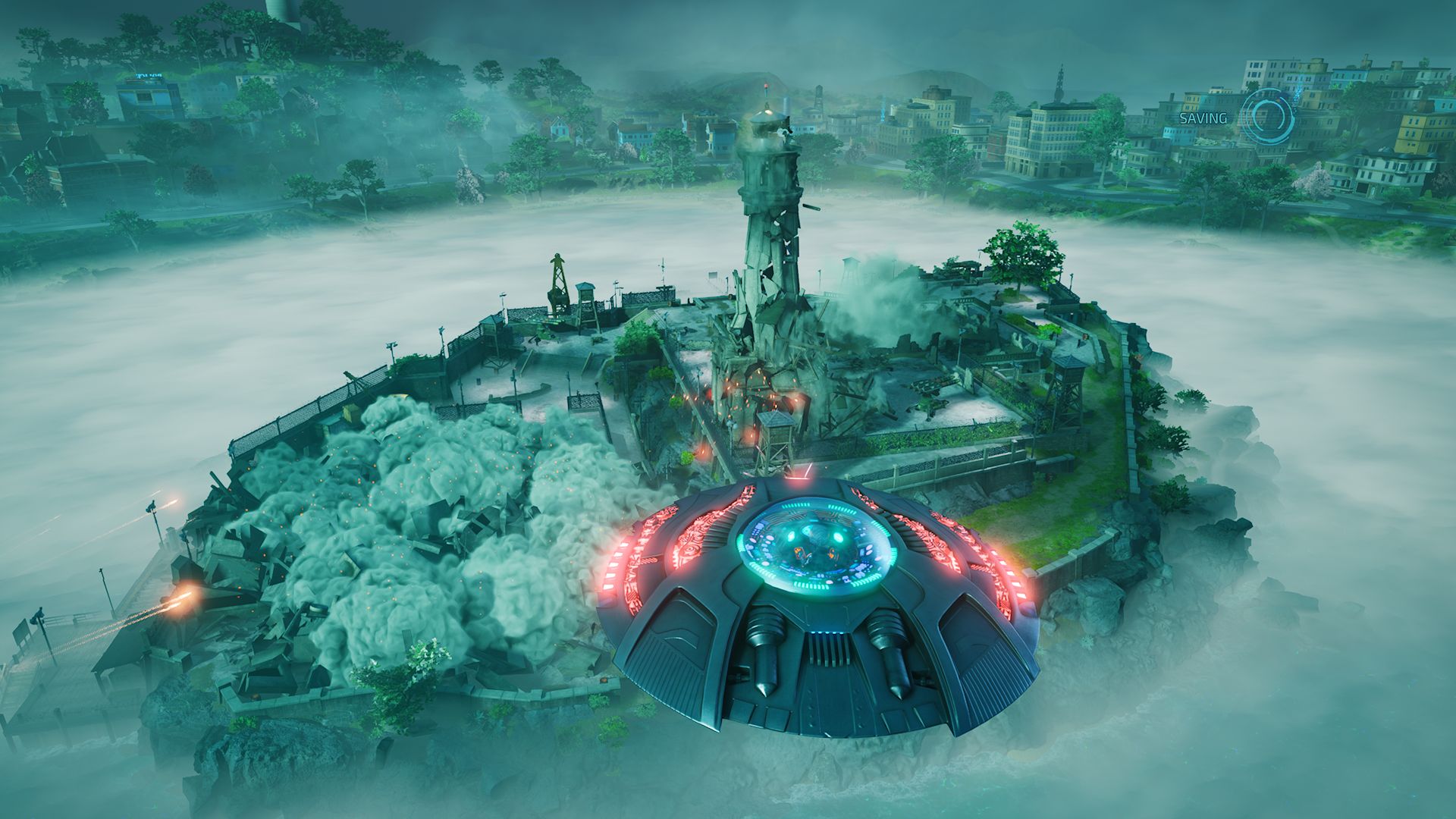 I do like that Reprobed isn’t exactly a long game. Lately I’ve felt a little overwhelmed with the number of massive open world games there are, being packed with so much side content that you get lost for literal hours going on some random adventure and not once thinking about the main story. Reprobed is open world, taking you to Japan, Russia, and even the moon, but the world doesn’t feel like it’s been filled with a ton of side missions just for the purpose of adding more playtime to the clock. There’s a little over 2 dozen missions to complete and each can be completed in 15 to 20 minutes easily, making the game about 9 to 11 hours long for the average player. It felt very refreshing to not have to play nearly 100 hours to get halfway through the game.

I do have a bone to pick about the boss battles. The bosses aren’t at all difficult themselves, they just have a lot of health that you have to keep ticking away at. Pretty much all battles in the game can be completed easily by being persistent and patient. The issue with the battles, and the boss battles in particular, is that you are constantly overwhelmed by different sources of damage taken. The bosses themselves aren’t necessarily stronger or more skilled, it’s just that the boss isn’t the only thing you’re contending with. 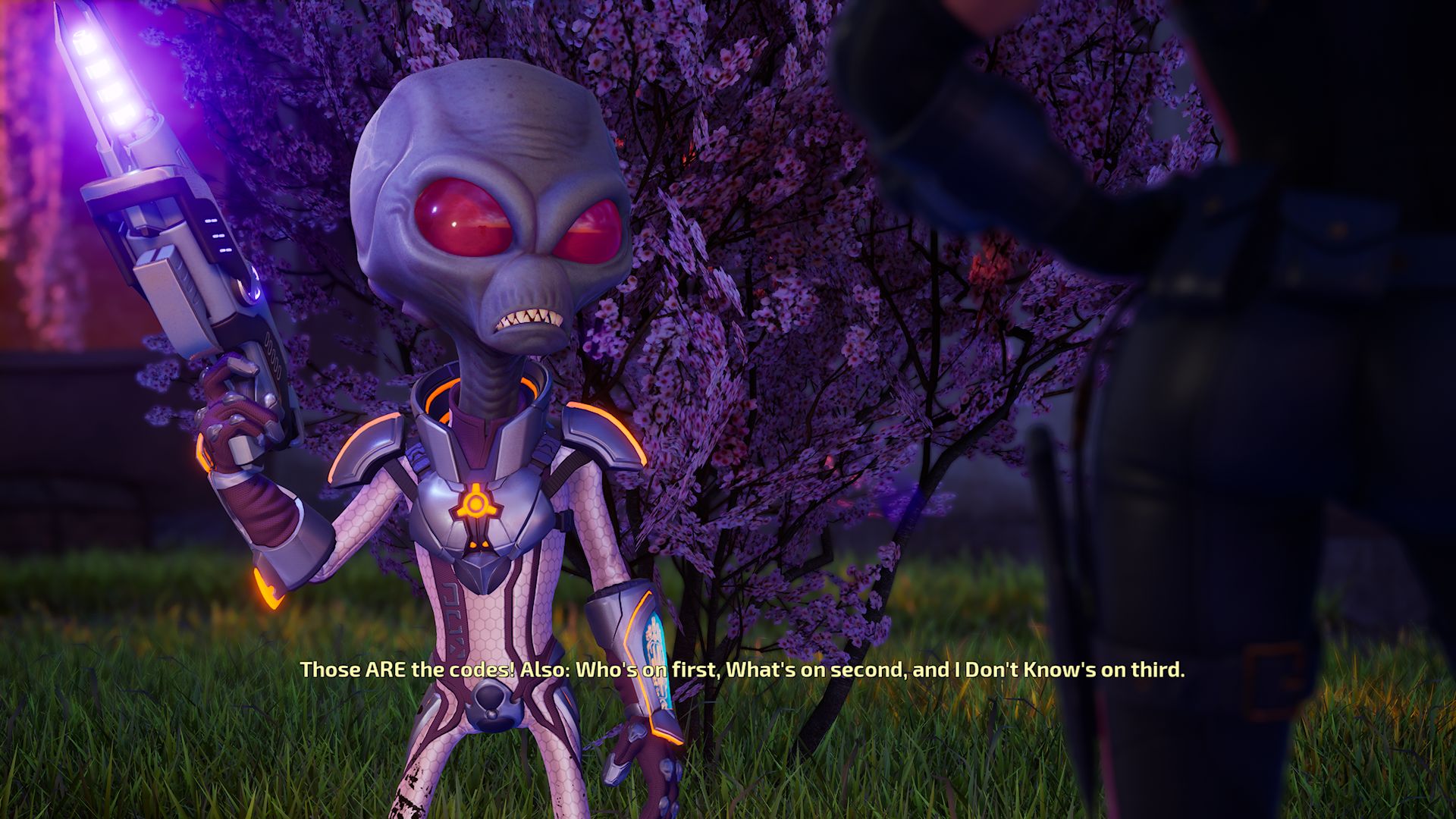 In the final boss battle you’re not only under attack by Milenkov. You have to navigate around over a dozen of these lasers from the sky that also heavily impair your vision. You have to avoid or destroy the spores that randomly pop up. And then, and this is my favorite, you are restricted to this tiny circle by gas pouring out of these vents all round the perimeter. You can’t go anywhere to recover health or get more ammo. You’re just face to face with Milenkov and all his lasers and the spores and the gas. This was an issue I took with Halo Combat Evolved as well. The game didn’t actually become more difficult, your enemies never actually got stronger or more skilled, you just had a billion of them thrown at you while your resources became heavily restricted. To me this feels like lazy game making, as if they couldn’t actually come up with an interesting boss so they threw darts at a board and whatever it landed on was added as an additional hazard.

Destroy All Humans 2 Reprobed is a beautifully done remake of a cult classic that fans are sure to enjoy. There are some bugs and glitches that still need to be ironed out and the boss battles are more exhausting than truly challenging. But, praise be to Arkvoodle.

Cassie Peterson is an Editor for Gaming Trend but also a sporadic content creator and exceedingly average Rainbow Six Siege player. She goes by MzPanik on Twitter and Twitch and all of the gaming platforms.
Related Articles: Destroy All Humans! 2 - Reprobed
Share
Tweet
Share
Submit