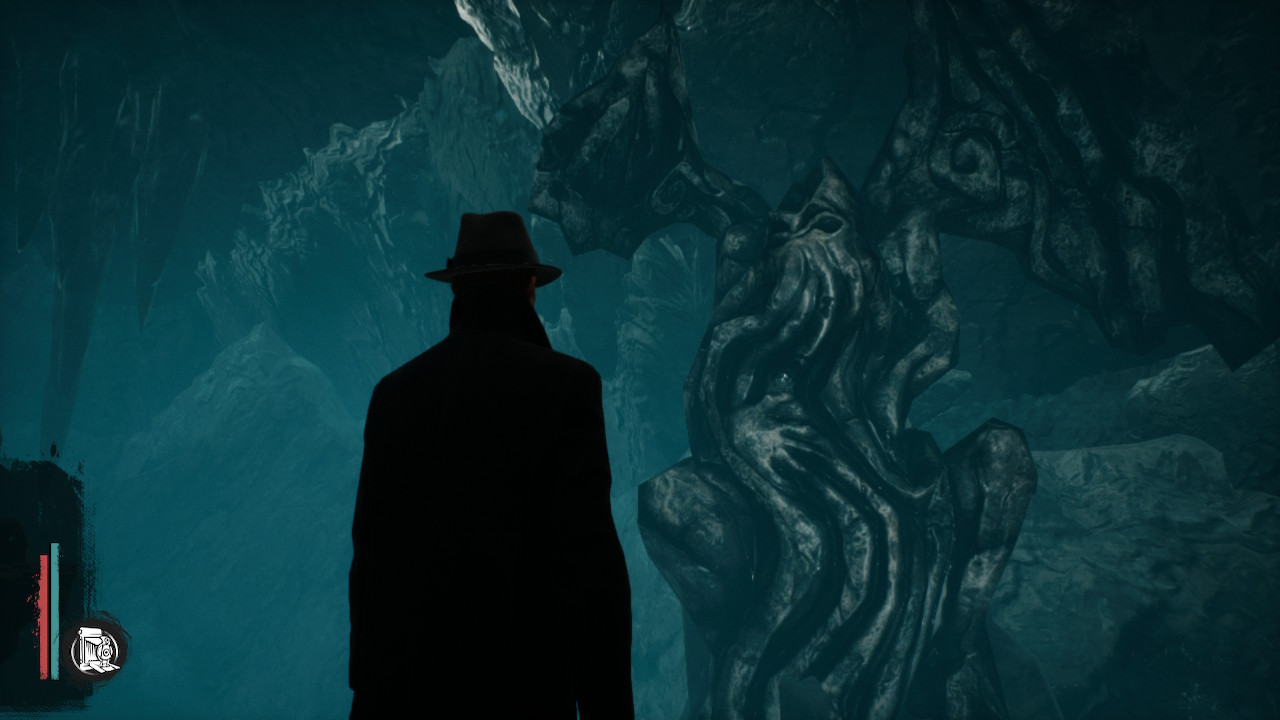 I’ve spent time gathering all the evidence and it is time to write my conclusion. The Sinking City is a game that takes inspiration from the writings of H.P. Lovecraft. It also seems heavily inspired by the cult classic Deadly Premonition. Unfortunately, after a thorough investigation, I find The Sinking City lacking in important aspects. Despite the struggles, however, I still find myself drawn into the game.

In The Sinking City, you take control of private investigator Charles Reed, who has just arrived in the flooded city of Oakmont, Massachusetts. Oakmont is not a pleasant city; for reasons beyond just being in Massachusetts. The city has suffered an unnatural flood that has left much of the city underwater. The flood is just the beginning of the problem for the residents of Oakmont and beyond. People are vanishing while others, such as Reed himself, suffer from haunting visions. These visions are the reason for Reed coming to Oakmont in the first place, he wants to use his skills as a private investigator to put an end to these maddening visions. 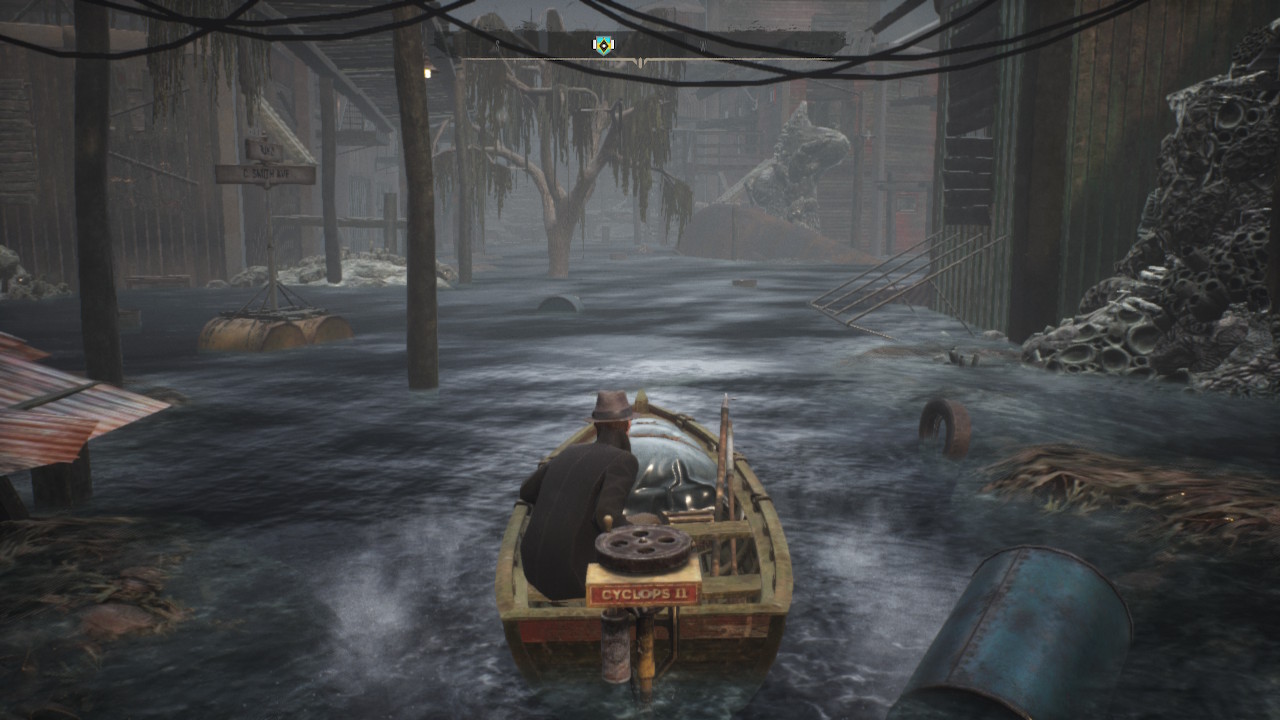 I certainly hope you like water. There is plenty of it.

It’s a good thing Reed has a leg up on other private investigators. Reed can look into a supernatural world that will give him information about different objects as well as point him to important clues. While this idea is interesting in theory; it is lacking in execution. Investigations are nothing more than walking around the room and interacting with everything. You can then walk into a portal that takes you to the spirit realm that then allows you a supernatural insight into what happened. This is done by showing you a handful of scenes that you then have to place in order of when they happened. This is usually incredibly simple, and even if you do get stuck there is no penalty for putting them in the wrong order. You just get to do it again. I found that this left the investigations feeling of little consequence.

Now that you understand what The Sinking City is, I have to interject and mention just how horribly the game runs on Switch. It didn’t matter if I was docked or in handheld mode, the game runs horrendously. It stutters from just walking around the city, textures pop into and out of existence, and things only get slower when enemies start attacking. While the game is playable in this state, it is not enjoyable. Seeing building just pop into existence destroys the atmosphere of this desolate town. The Sinking City is already a flawed game, but these technical problems exacerbate the problems. 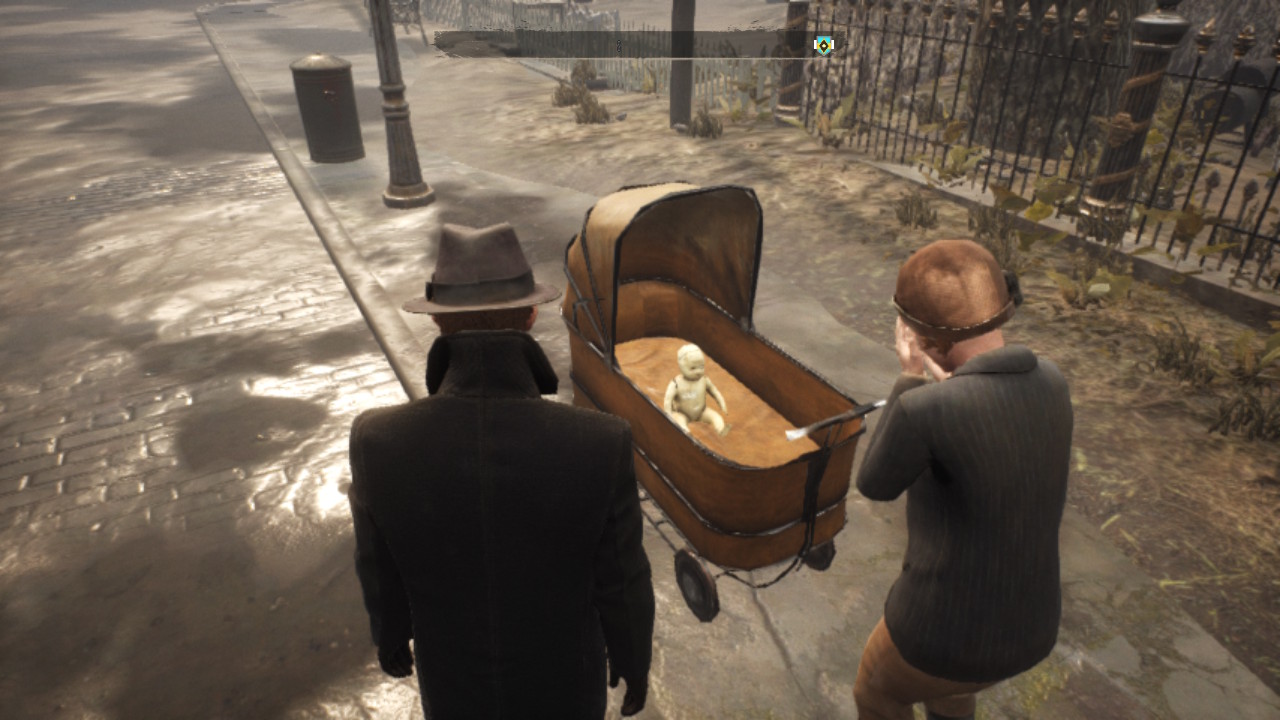 Lady, I don’t think you have to cry over that.

When you are not investigating, you are talking to people or fighting creatures called Wylebeasts. The combat is by far the weakest aspect of The Sinking City. Reed is incredibly stiff which makes aiming guns or melee attacks a real chore. There is also no real way to avoid getting hit. Projectiles kind of lock onto Reed making it almost impossible to avoid; and the little creatures that run around your ankle move far faster than you. Combat pretty much just boils down to go in guns blazing and hope for the best. Combat lacks any sort of depth or strategy making it more annoying than fun. Honestly, with this game being inspired by Lovecraft, it’s lacking combat would have been just fine. Lovecraft is all about horrors you can’t even begin to comprehend that drive you insane just from looking at them. These are not creatures you should be able to kill.

Talking to people, thankfully, is far more interesting. The city of Oakmont is filled with interesting individuals who often have work for Reed. I enjoyed learning more about the city’s history and about the beasts that inhabited it. Seeing how the Innsmouthers, fish-faced people from Innsmouth, are treated by the natives of Oakmont after fleeing their home is intriguing. The characters are well fleshed out and generally well-acted.

This supernatural thriller does have one dose of realism. Walking. You spend a majority of the game just walking to where you need to go next. Nothing interesting happens: no random encounters, no enemies you can’t just run past, no characters, just walking. It kills the pacing of the game, especially on some of the bigger cases. You have to walk all over the city to gather information and, even with quick travel, it is incredibly obnoxious. 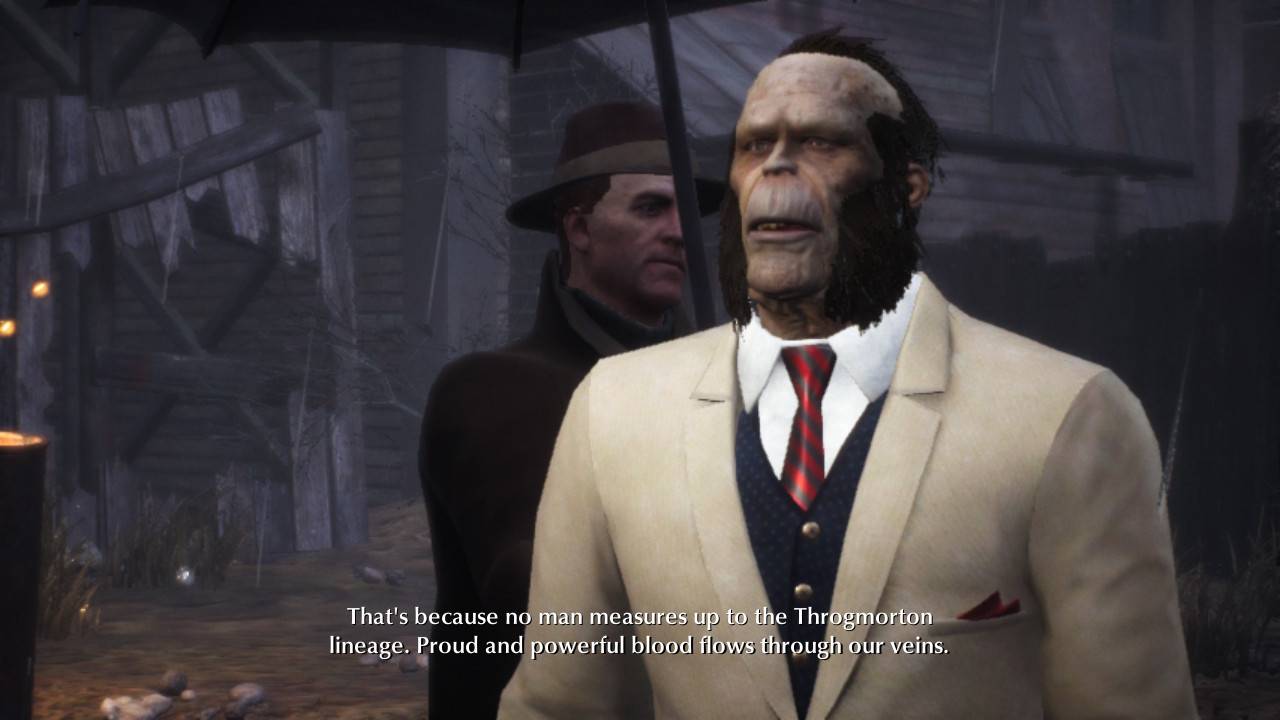 This is the ideal male body. You may not like it, but this is what peak performance looks like

This is a big reason this game reminds me of Deadly Premonition. An interesting game that has some good ideas but is plagued by technical problems and odd design decisions. It also tries hard to capture the same charm as Deadly Premonition with limited success. The protagonist is a dorky investigator who doesn’t have normal reactions to the things that are happening around him. Reed often makes bizarre quotes or cracks jokes just a few feet from a dead body. I like this, though. I enjoy the quirky nature, I just wish there was more of it. The devs seem kind of torn with how weird they wanted to get and kind of kept to the middle of the road.

After looking at all the evidence, I must say I almost enjoyed The Sinking City. There is a solid game here buried under technical problems and tedium. The interesting characters and quirky protagonist were almost enough to keep me interested, but sloppy combat and plentiful walking eventually wore me down. This is a paranormal call I recommend walking away from.

After looking at all the evidence, I must say I almost enjoyed The Sinking City. There is a solid game here buried under technical problems and tedium. The interesting characters and quirky protagonist were almost enough to keep me interested, but sloppy combat and plentiful walking eventually wore me down. This is a paranormal call I recommend walking away from.

Austin Fern has been playing video games his entire life. The first console he truly fell in love with is the PlayStation 2 with Sly Cooper, God of War, and many others really leaving an impression. He enjoys all genres of games from FarCry 5 to Danganronpa and everything in between.
Related Articles: The Sinking City
Share
Tweet
Share
Submit