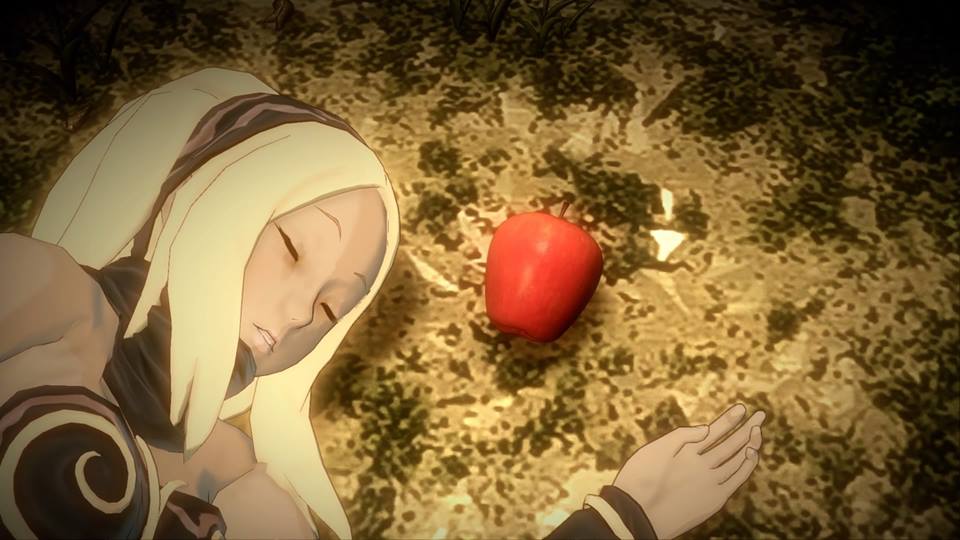 Without being anchored by intrusive motion and touch controls, Gravity Rush makes a pretty natural transition from Vita to PlayStation 4 as Gravity Rush: Remastered. With a new coat of paint and a smoother framerate Project Siren’s beautiful world and characters are given a new chance to shine. While in most ways the updates Gravity Rush gets from being on more powerful hardware improve upon what worked on Vita, these aesthetic improvements do little to mask what didn’t work initially.

Gravity Rush stars Kat, a young amnesiac who has awoken in the floating city of Hekseville to find it under siege by an amorphous group of monsters called “The Nevi.” Thanks to the help of her feline companion named Dusty, Kat discovers that she is able to manipulate gravity and navigate through the city in spectacular ways, and use her abilities to protect the citizens of Hekseville, eventually gaining notoriety as a hero among the city’s inhabitants.

Kat is an incredibly endearing character, and the citizens of Hekseville that she comes across are just as charming and enigmatic. While several aspects of Gravity Rush’s story feel underutilized and under-explained, Kat’s spunk and the sheer force of personality and intrigue that is Hekseville make the world of Gravity Rush an enjoyable one to live in and explore.

The core gameplay of Gravity Rush has players changing the forces of gravity to “fall” across great distances, traversing the city of Hekseville and helping out townspeople, taking out groups of Nevi, or just wandering around the city using Kat’s powers. Soaring across Hekseville is exhilarating, and thanks to the game running at a smooth 60 frames-per-second on the PS4, it’s easier to master the art of falling and to use those powers with more finesse when fighting foes, whether it’s hordes of Nevi or any of the bosses you’ll come across.

While the framerate update helps you feel like you have a greater grasp on Kat’s abilities, it doesn’t help when it comes to Gravity Rush’s disorienting camera. As players will be using Kat’s abilities to launch themselves through the air and using momentum to strike enemies down, it doesn’t always feel like the camera is capable of keeping up with Kat’s movements. This means that you’ll constantly be swerving it around in order to keep enemies in your sight, and the smoother framerate makes it all the easier to overcompensate your camera’s movement. This could be helped if Gravity Rush had a targeting system that would help keep the camera locked on specific enemies, but instead players have to rely on a lock-on system that only activates when players initiate an attack.

Gravity Rush: Remastered’s upgrades may make certain downfalls of the original game all the more apparent, but where the remaster really comes through is in the upgrade in fidelity from Vita to PlayStation 4. Now running at 1080p and with upscaled textures and assets, Gravity Rush looks absolutely lovely on PlayStation 4. The cel-shaded style looks stunning on a bigger screen, and the comic book-style cutscenes and artwork are even more vibrant and eye-catching than they already were on Vita.

All of this comes together to make Gravity Rush a beautifully realized world on PS4, but it doesn’t mask all of the problems that are still inherent to the game all these years later. If Gravity Rush went under your radar when it was on Vita, the remaster is a great way to experience a game that is full of potential, features a likable protagonist, and a gorgeous aesthetic. While Gravity Rush: Remastered doesn’t fix what doesn’t work, it may at least bring eyes to a series with a lot of promise while Gravity Rush 2 is in the works.

The core of what Gravity Rush is is still here and still great, but what problems the game originally had aren't fixed by the visual update, and some of them are even made worse.