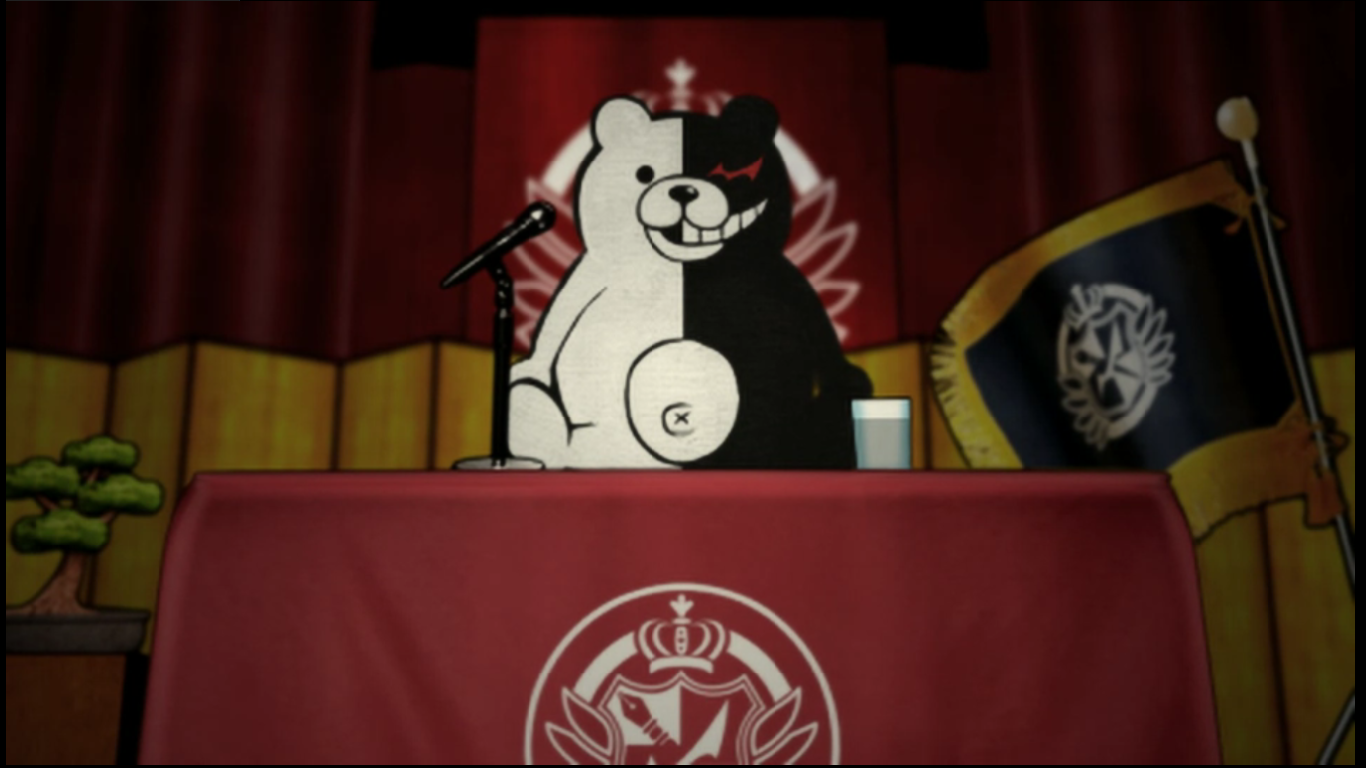 [Update: After testing a pre-launch patch, certain issues we originally found in the PC version of Danganronpa: Trigger Happy Havoc have been resolved. Our score has been updated to reflect these improvements, and the relevant text has been noted as out of date.]

Over the past few years there’s probably not a game I have recommended more to friends, family, and colleagues than Danganronpa.

Since Danganronpa: Trigger Happy Havoc came to Vita back in 2014, I’ve been transfixed by Spike Chunsoft’s visual novels and have been essentially begging others to try out these excellent games. However, since people who own their own personal Vitas aren’t always easy to come by, this usually meant letting people borrow my own handheld for extended periods of time or investing in a PlayStation TV to play the games on their televisions.

But now Spike Chunsoft is bringing this battle between hope and despair to PC, and pretty much everyone has a computer. While the PC version of Danganronpa: Trigger Happy Havoc is hardly the definitive edition of the game, it still marks the beginning of this stellar series’ expansion to a wider audience, and that’s something I can absolutely get behind.

Danganronpa focuses on a group of students attending the prestigious Hope’s Peak Academy. This school searches the world for high school students who are the best in their field. These kids are deemed the “Ultimate” at what they do, and are taken in by Hope’s Peak to make the most of their superior talent. This includes protagonist Makoto Naegi, who earned his place at Hope’s Peak by winning a raffle, earning the title of “Ultimate Lucky Student.”

However, just as these kids are getting ready to begin their new lives together, they find themselves at the heart of a sinister plot by an animatronic bear named Monokuma. This black-and-white bear has trapped fifteen students inside Hope’s Peak and given them a choice between living inside the school for the rest of their lives, or earn the right to leave the Academy by getting away with killing one of their classmates.

If you can kill one of your friends without being found out, you can leave Hope’s Peak and escape to the outside world, but everyone that’s left inside the confines of the school will face execution. Get found out and you will face your own punishment for disturbing the peace.

The premise itself is harrowing, and it only becomes more so when the class’ number becomes smaller as the world’s best and brightest are picking each other off. But even so, Danganronpa is constantly reminding you of the humanity each of these people have despite committing such atrocities. These kids aren’t just looking to escape when they fall into the depths of despair and kill one another. There are so many shades of grey to be found within this black-and-white bear’s deranged game.

In order to unmask a killer, you as Makoto will have to investigate crime scenes, collect evidence, and partake in class trials where the entire group discusses the murder to eventually find out who it is among them that has committed murder.

This means using pieces of evidence to search for lies or contradictions in people’s statements until the culprit can be determined and then ultimately executed. You’ll play through some rhythm-based and crossword-like mini-games along the way, but the majority of class trials revolve around looking for testimonies that don’t add up, and helping clear a path to truth collectively as a group.

For the most part, what makes Danganronpa great is still here on PC. The story is still fantastic, the characters are multi-faceted and subvert trope-like expectations they’re set up to be, and the tense class trials are rife with drama and suspense, requiring quick thinking and logical deductions. The only difference is that the PC version does expose some artistic shortcomings that came went unnoticed on Vita.

On PC, Danganronpa runs at 1080p and 60fps, but as the game was originally developed for a handheld not all the artwork makes it through the upscale unfazed. Certain pieces of art appear grainy, and images that feature characters who are later taken out of the same shot show distinct outlines around them that were unnoticeable on Vita.

Danganronpa’s PC port’s art is a little rough around the edges, but it is the only way that many people who would enjoy it can play it without investing in a Vita or PlayStation TV. While the Vita still feels like the most natural home Spike Chunsoft’s wonderful murder mystery, PC players shouldn’t wait any longer to fall down the rabbit hole. Danganronpa remains a fascinating and mind-bending game full of the darkest moments of despair, but also the brightest moments of hope.

While some problems that weren't present in the Vita version have made their way into Danganronpa on PC, everything that makes the game great is still intact on the platform.