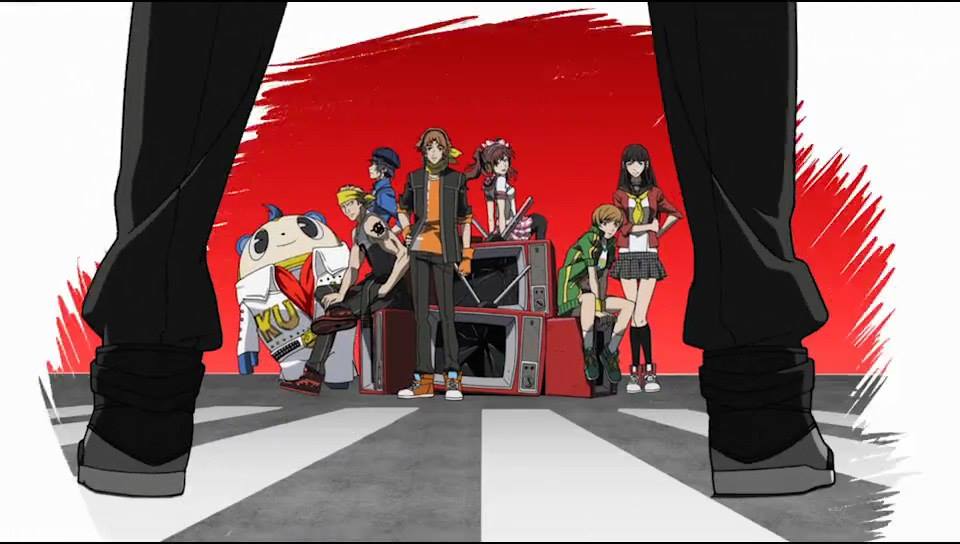 Never has a game put a smile on my face faster than Persona 4: Dancing All Night.

While it’s hard to deny this rhythm spin-off of the RPG series is anything more than unabashed fan service centered around Persona 4’s excellent soundtrack, what it offers is an incredibly challenging and euphoric homage to the characters and music fans have grown to love over the years.

Dancing All Night has members of Persona 4’s party, the Investigation Team, dancing to songs from the game’s soundtrack. Along with the original versions of many of the songs players originally fought shadows to, there are remixes and expanded versions of great songs from Persona 4, Persona 4 Arena, and even Persona Q: Shadow of the Labyrinth. Dancing All Night’s remixes are all pretty fantastic, and some are somewhat unexpected. The melodic Now I Know being remade as a bass-heavy electronic song and the melancholy ballad Heaven being repurposed as a sublime jazz number make for some of the most surprising remixes you’ll hear in Dancing All Night, and each is worth listening to on their own outside hearing them in-game.

Each remix gives the original song a more danceable sound, and compliments the character dancing to them. Everyone in the Investigation Team gets a chance to dance, and their dance styles are all brimming with the personality of each member. Yukiko is graceful, Kanji’s aggressive, and Yosuke has a confident swagger. The choreography looks like it was meant for each character, and serves as a great backdrop for the actual rhythmic gameplay of Dancing All Night.

Dancing All Night’s choreography is pretty great, and there are even modes in place to help you learn the moves on your own. Each character has their own distinct style, and seeing them come together when you’re in Fever Mode is smile-evoking.

Using the outer buttons of the Vita’s d-pad and face buttons, players line up button presses with notes on the track set to the music your character is dancing to. Dancing All Night has a pretty steep learning curve, as the rhythm of the note tracks isn’t clear until you’ve spent more time with the game, and will likely feel even less clear to those who know the music well and may anticipate notes too early or too late. The logic of Dancing All Night’s rhythm takes time to learn, but gets easier as you move up to higher difficulties and notes become less sparse.

Dancing All Night can get quite frantic and demanding, but even the most difficult of tracks have a consistent enough rhythmic logic that you can get through any of them with enough practice, and finally getting through a hard song is immensely gratifying. You can manage to make your way through most songs on lower difficulties using skills you pick up going down the list, but songs on higher difficulties will take some dedicated study and practice to master. If a song is too difficult, Dancing All Night offers many buffs and debuffs to help adjust the difficulty, like increasing or decreasing speed of the track, preventing certain combo-breakers, or getting an extra try if you fail.

All of this makes for an addictive and rewarding rhythm game, but since the Persona series has such an emphasis on its story, Dancing All Night does tie in canonically with previous games. However, unlike the Persona 4 Arena fighting games, Dancing All Night doesn’t manage to create a scenario where its rhythmic nature feels at all reasonable or genuine, and means the Investigation Team’s detour into learning choreography and defeating shadows with dance is unfortunately the Persona series’ weakest story yet.

Dancing All Night is straight up addictive and a ton of fun. Watching the Investigation Team dance while you try to keep up with the rapid pace of of the track is exhilarating and that thrill doesn’t go away.

Set after the events of Persona 4 Golden’s epilogue, the visual novel that tells Dancing All Night’s story begins with the Investigation Team practicing for their role as backup dancers for idol Rise Kujikawa’s comeback performance. As the group is nearing the show in question, another ensemble performing at the event goes missing into a world called the “Midnight Stage,” populated by shadows and an omnipresent voice urging them to forsake their own personality, passions, and motivation in order to fit the mold of what their fans and producers want them to be. In order to combat this, the Investigation Team uses the dances they’ve been preparing for Rise’s show to express their true feelings instead of giving in to the voice’s demands for them to be what others desire.

Despite some pretty well-executed twists and a personal story of growth for the group’s underclassmen, Dancing All Night’s premise is just as contrived and ridiculous as it sounds. The spin-off does keep in line with Persona 4’s thematic makeup, in that it has characters overcoming facades and projections about their personalities by choosing to be who they are, but Dancing All Night tries to fit square pegs into round holes throughout. If you’re invested in the lives of the Investigation Team, Dancing All Night will absolutely satisfy your need for more, but after the way Atlus managed to make a fighting game work within the established confines of Persona 3 and Persona 4 with the Arena games, Dancing All Night’s setup unfortunately feels forced and unnatural.

As great as it is to see the Investigation Team again, Dancing All Night’s story is altogether overreaching in its effort to make sense of its premise.

While Dancing All Night doesn’t nail its admirable attempt to explain why the Investigation Team has dropped their weapons and started fighting the supernatural with dance, the spin-off never feels like any less heart was put into it than the spectacular RPG it draws from. Dancing All Night is a joyful tribute to the excellent characters and superb music of the Persona series, and it’s incredibly fun to boot.

Dancing All Night is full of spirit and celebration unparalleled in the series thus far. Despite the dark and implausible story in the background, Dancing All Night is a concentrated dose of the most uplifting, cheerful, and fun side of the series, all set to a fantastic soundtrack that will get anyone dancing.