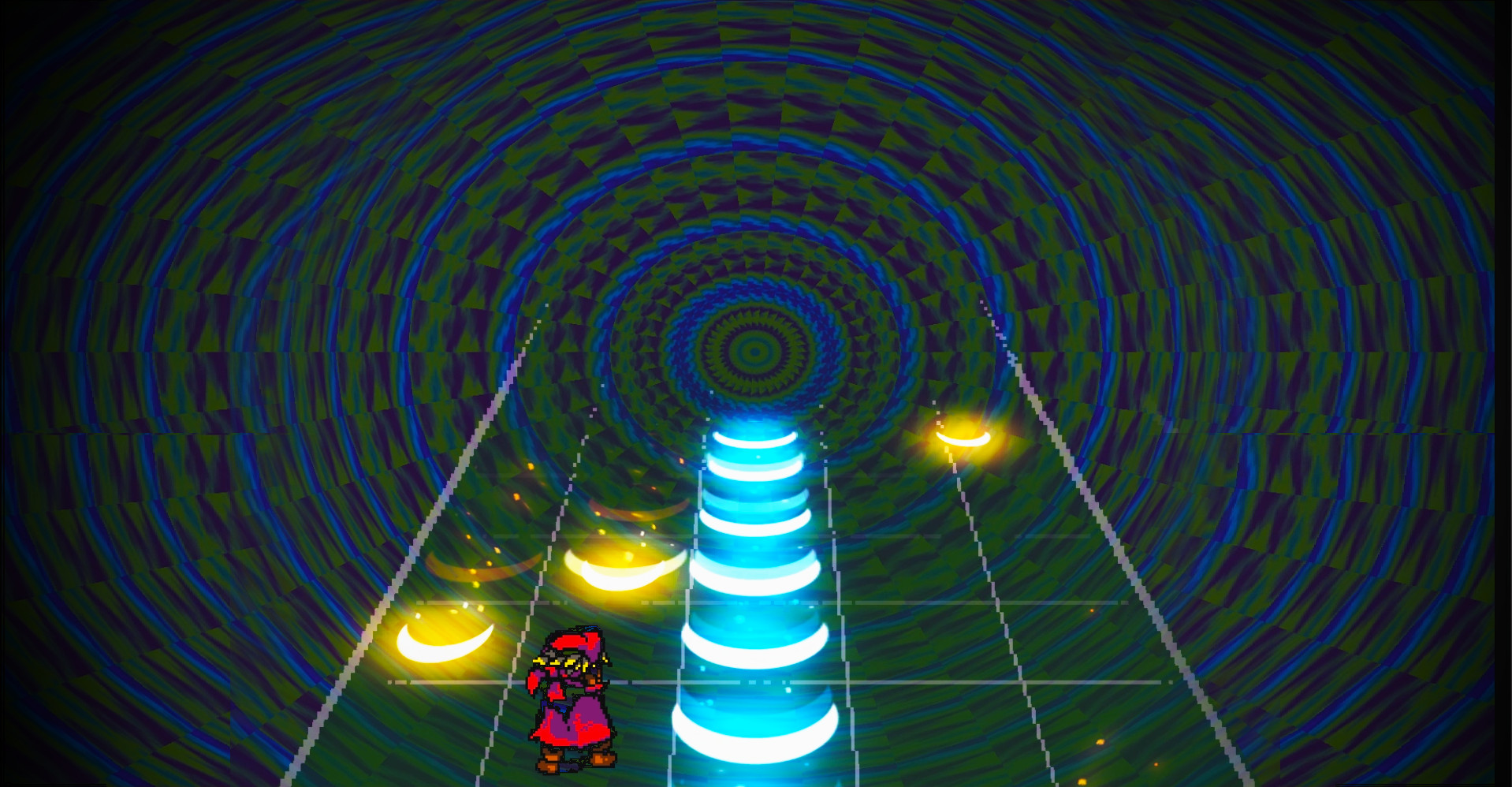 It’s hard to subvert expectations when it comes to a typical rhythm game. Press the corresponding button that matches the color on the screen in time with the song. You’ll get the occasional hold or mash as fast as you can, and maybe special inputs like sliding in some particular titles but for the most part, they’re simple games. Everhood is anything but.

In Everhood, or if I were to refer to the game by its full title Everhood: An Ineffable Tale of the Inexpressible Divine Moments of Truth which gives Supersonic Acrobatic Rocket-Powered Battlecars a run for its money for longest game title to say out loud, you play as a wooden puppet come to life named Red who’s in search of their missing arm. However, It’s clear from the beginning that there’s more to the story than just a simple fetch quest. 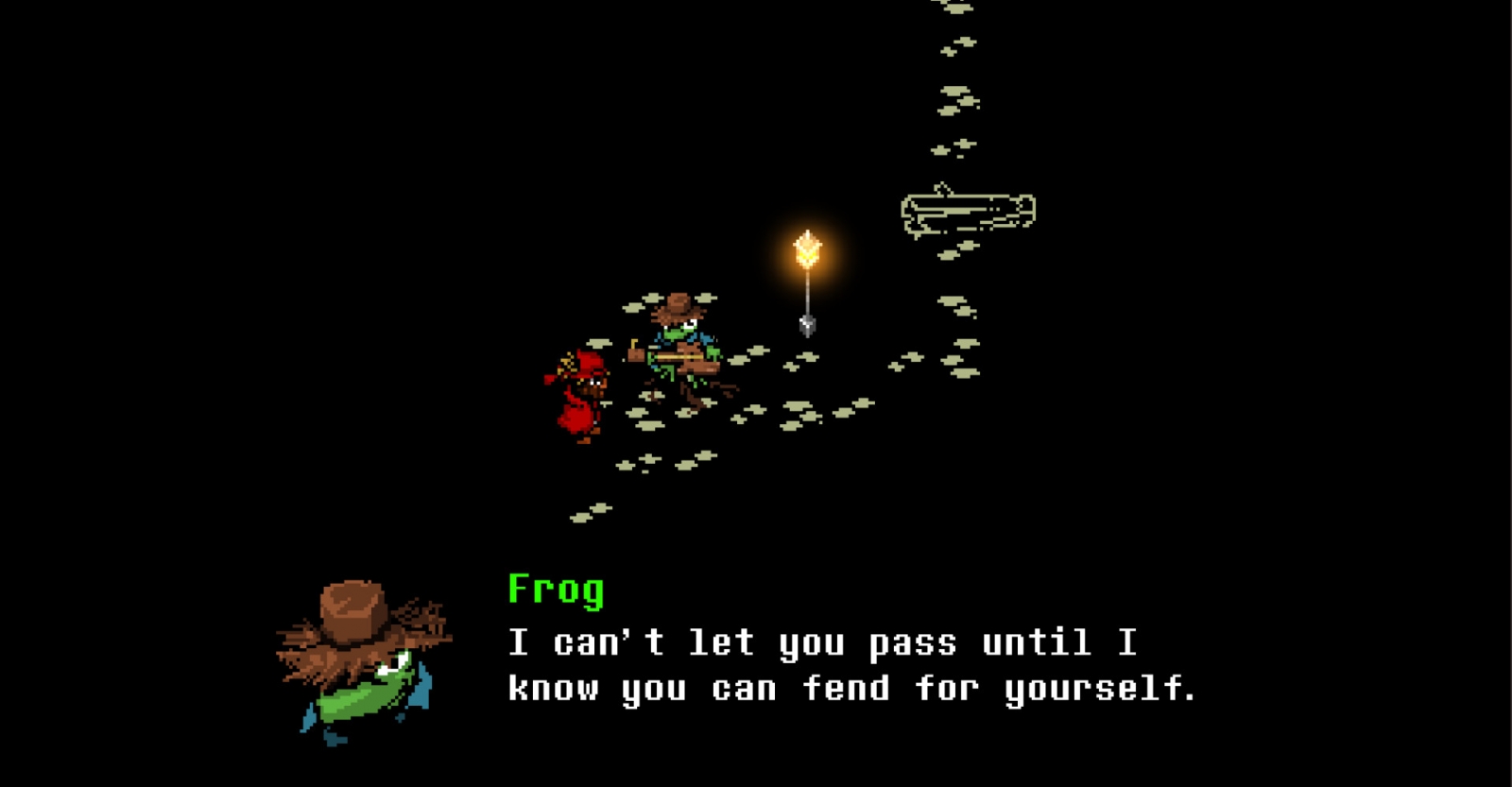 Just from the bizarre RPG’s visuals, Everhood’s main inspirations are apparent. The simple sprite art is appealing but nothing groundbreaking. Some spectacular–and admittedly trippy–visual elements pop-up from time to time to spice up the overall look but still, it’s nothing that hasn’t really been done before. That’s not all a knock to the two-person project, however. Plenty of titles similar to Everhood have been able to carve out their own identity in the growing genre of Earthbound-inspired, quirky RPGs. Many of which have made significant impressions on modern pop culture like OFF and perhaps the game Everhood shares most with–Undertale. And while Everhood may not make the same cultural splashes as other games of its like, the peculiar RPG is worthy of being considered in the same company when it comes to sheer quality.

Battles in Foreign Gnomes debut title play out like an inverse Guitar Hero or Rock Band. The ever-familiar note highway is still present, as well as the colorful icons that slide down it, but instead of trying to time your button presses to the rhythm of the song, you manipulate the nimble doll in an attempt to avoid as many symbols as possible. Because of this design choice, rhythmic consistency is less of an importance since quick reflexes are enough to push through a majority of the encounters in Everhood. Still, the blend of intense bullet-hell dodging and classic rhythm game elements yields an engaging combat system. Battles are also few and far between but to the game’s benefit. Every fight never feels tiresome especially since each is accompanied by a unique piece of music but also because they’re never intrusive or annoying. If the developers added even just a handful of more combat scenarios I could have definitely seen myself growing tired of dodging the seemingly endless number of neon lights. Thankfully, though, Foreign Gnome found the perfect number of battles to include in their game. A custom track maker is present as well but the feature is currently in beta in still rather unintuitive if you’re not a hobbyist modder. 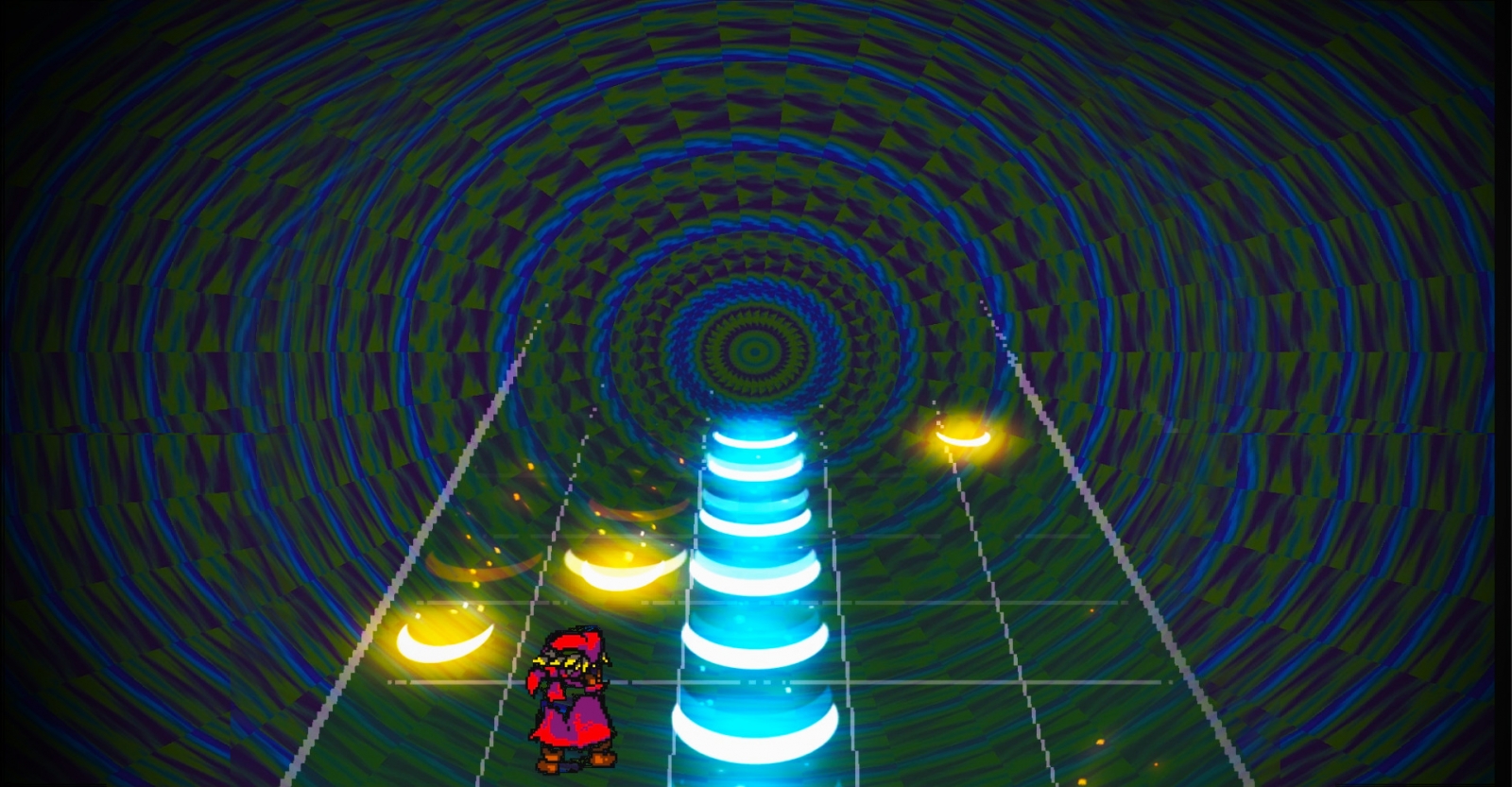 The soundtrack of Everhood is nothing short of phenomenal. Bolstered with music by a number of notable guest artists such as Cazok, Lewmoth, and Dancefloor Is Lava, the original soundtrack is memorable, fun, and most importantly, incredibly intense. The frantic music of each battle lays the groundwork for slick dodging and heart-racing moments, especially on harder difficulties. The field of genres played throughout the 6-7 hour-long journey is pretty diverse as well with songs that can range from jaunty chiptunes and thumping drum & bass to seductive Spanish guitars and bubbly disco.

While Everhood brings a lot of great, refreshings features to the table, its greatest strength comes in its brief yet provocative story. Even the initial goal of retrieving Red’s arm is filled with interesting characters like a tabletop-loving forest mage or a racecar driver questioning whether her passions are even worth investing in. And without giving away too much of the plot, Everhood manages to present a moral quandary that demands more deliberation than titles have attempted to do the same in years past.

Everhood is a fantastic freshman effort that brings unexpected and refreshing spins to both the RPG and rhythm genre. The creative combat system and repeat-friendly soundtrack are definitely strong points but the thought-provoking story elevates the unusual adventure to excellent heights.