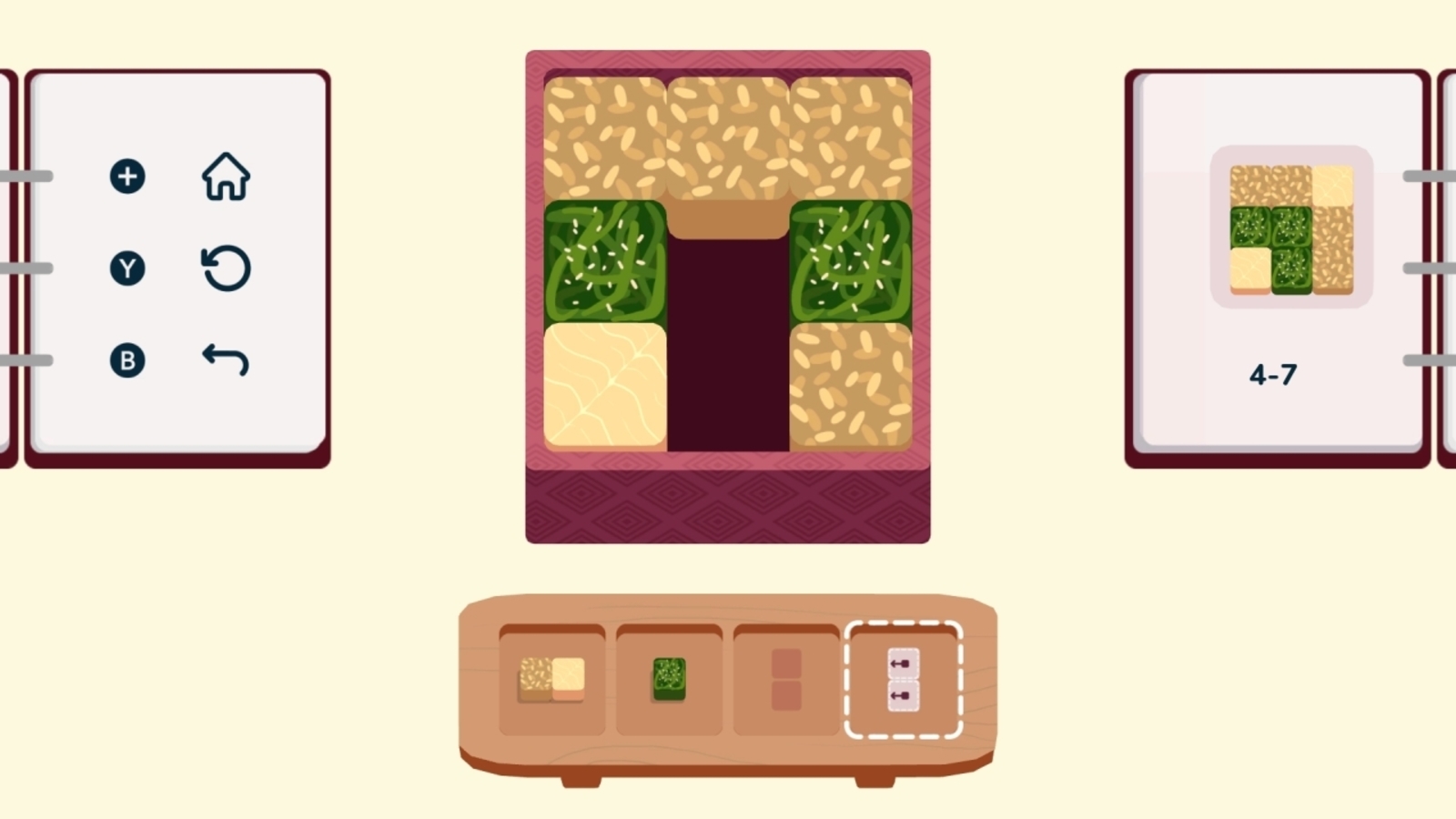 Inbento is cute, it’s simple, and it’s cats doing human things. An iOS game, now ported to the Nintendo Switch, it’s definitely a title you don’t need to spend all your hours on. It’s a simple pick up and play title, and since it’s a puzzle game it’s occasionally very challenging.

In this title, you take the role of a mother cat who is packing bento boxes with typical Japanese-style foods. After a couple of levels are completed you’ll be presented with a short cutscene of the mother, occasionally with her child, doing some non-cat related things. This might include the mom going to the store to buy groceries or the mom in the kitchen with her child preparing the ingredients. Again, cute cats doing human things. 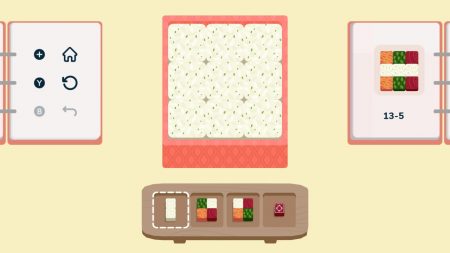 The gameplay is simple, and that’s what you’d expect from a title that is also an iOS mobile game. Each level is a 3×3 grid, and your task is to place the ingredients into a (maximum) 3×3 bento box in the right order that’s outlined in the corner of the screen. The ingredients, which are little cubes of rice, seaweed, etc, are presented to you in a specific arrangement at the bottom of the screen. You just have to place them into the box, right? Well, it wouldn’t be a puzzle game if it was that simple. The tough part is getting the ingredients in the same order as the pattern presented on each level. The ingredients can overlap and can throw you off, leaving you wondering where the hell that little cube of fish just disappeared to. Once you’ve copied the required pattern, you move onto the next level. With a maximum of a 3×3 grid, it really doesn’t take too long to complete a level.

Inbento is a simple game and does a great job of being a pick-up and play title. Costing no more than $5, and with the number of levels available to you, there’s plenty of hours to be spent crafting the perfect bento box for your cat child. It’s cute and relaxing, and while the levels get very challenging, it’s seriously satisfying being able to finish a level and see another adorable cutscene just one more time.

Inbento is cute, has simple mechanics, and doesn’t require tedious amounts of hours to master it. There are over one hundred levels, and it has a low price point, meaning you’ll never have to worry that you didn't get enough for your money. Plus, those cutscenes make it so worthwhile to finish a level.

With a deep interest in writing, Ben followed that into a Journalism degree. As an avid lover for gaming, he is constantly expanding his library with console, PC, and VR games. He's obsessed with stealth games and loves hunting down the smallest of details inserted by devs.
Related Articles: Inbento, Indies
Share
Tweet
Share
Submit