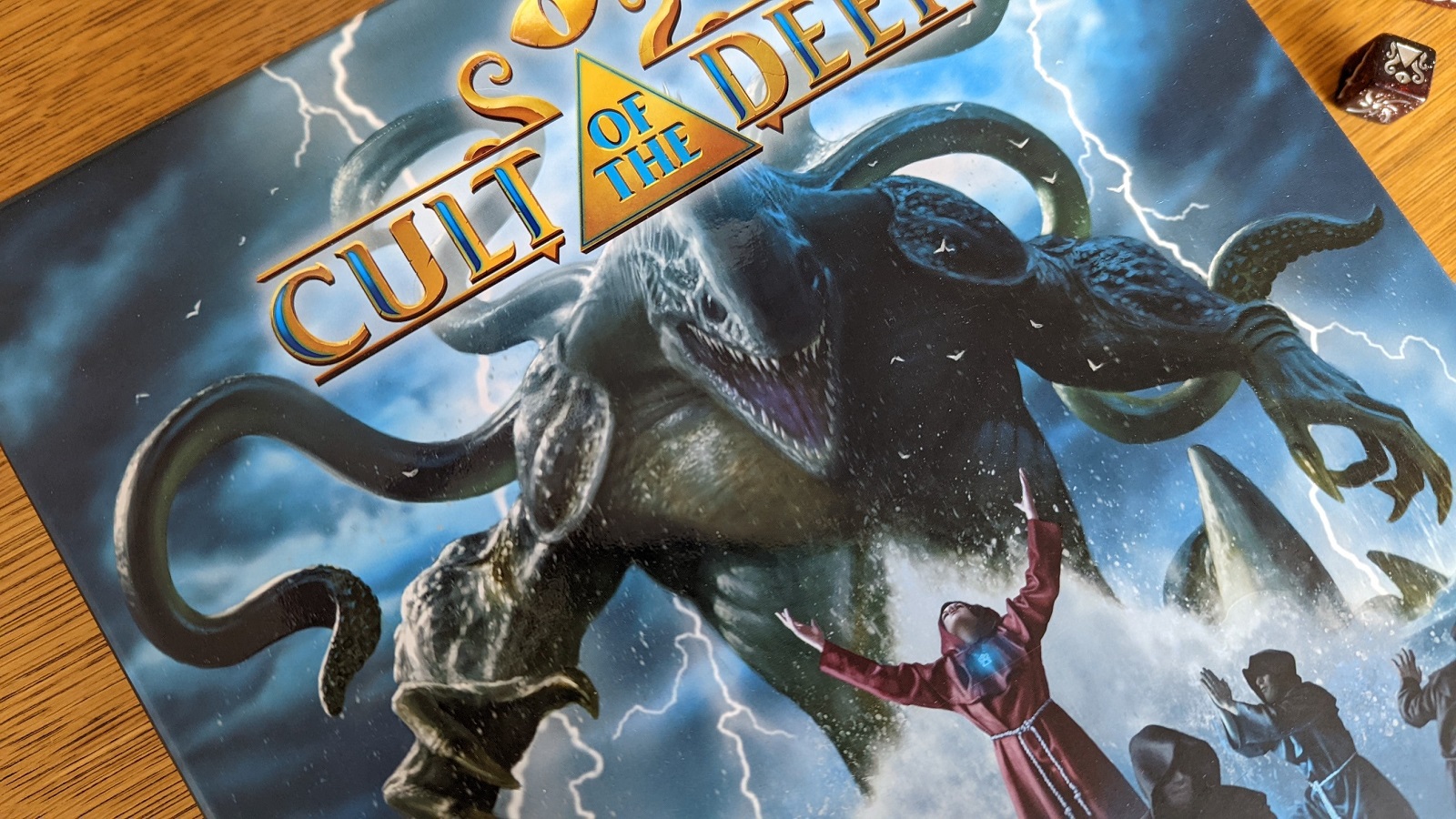 It’s been several years since I last played the classic cowboy social deduction game BANG!. Although it did a few things rather well, its faults shone harder as the years went on, and with the advent of more polished social deductions like Secret Hitler, I just never really saw it hitting the table. But now that I’ve played Cult of the Deep, I can definitely see myself reaching for its hotter younger brother.

Cult of the Deep unapologetically apes the sheriff and deputies vs outlaws format of BANG!, but makes good use of the decades of advancement in game design to file down its rough edges. Right out the gate, every die result has to be assigned, so players are forced to immediately start stabbing each other, fixing the slow, boring opening while everyone tries to feel outsides without hinting at their own. Gone are the obviously terrible horses and various forms of cover, which could and did bring the game to a standstill. Taking their place are rituals, which grant temporary boons to players who assign dice to them, occasionally rewarding the player who finishes them with special powers. Again, instead of stalling defensive plays, the majority of these mete damage around the table or allow players to mess with each others’ dice. Similarly, characters are now more often yet another source of damage, speeding up the game yet again. 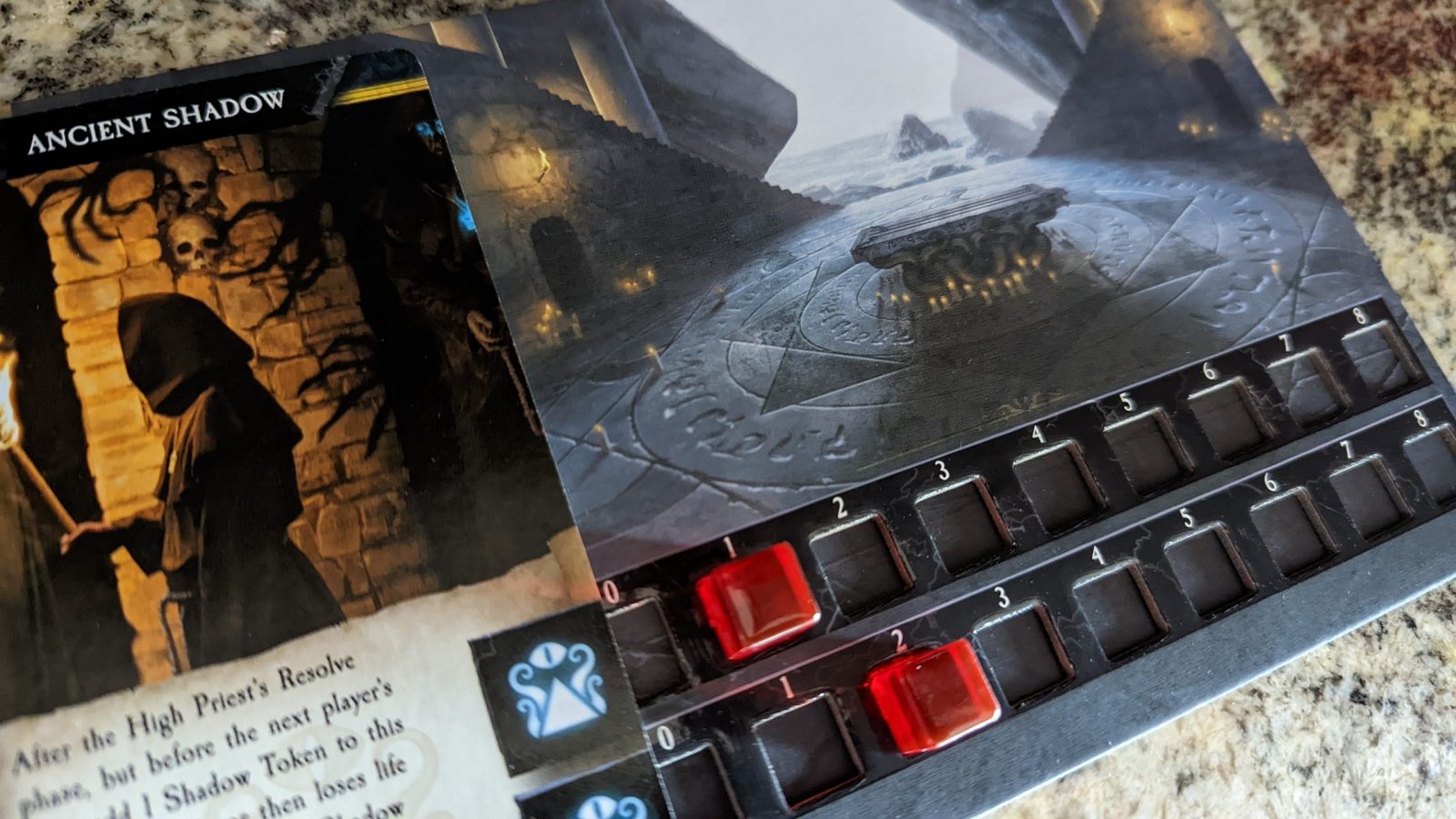 Additionally, it would be a mistake to not mention how the retheming away from the wild west cleanly removes icky feelings of that setting whitewashing the genocide of the native people, and Cult is careful to not directly reference any of Lovecraft’s mythos, so I didn’t feel gross putting it in front of people.

The biggest change is the introduction of the wraith mechanic, where players become undead after being killed, allowing them to still play the game after their deaths, instead of giving them a good chunk of time where they have to just twiddle their thumbs or just pull out their phones and spoil the whole point of playing games with friends. 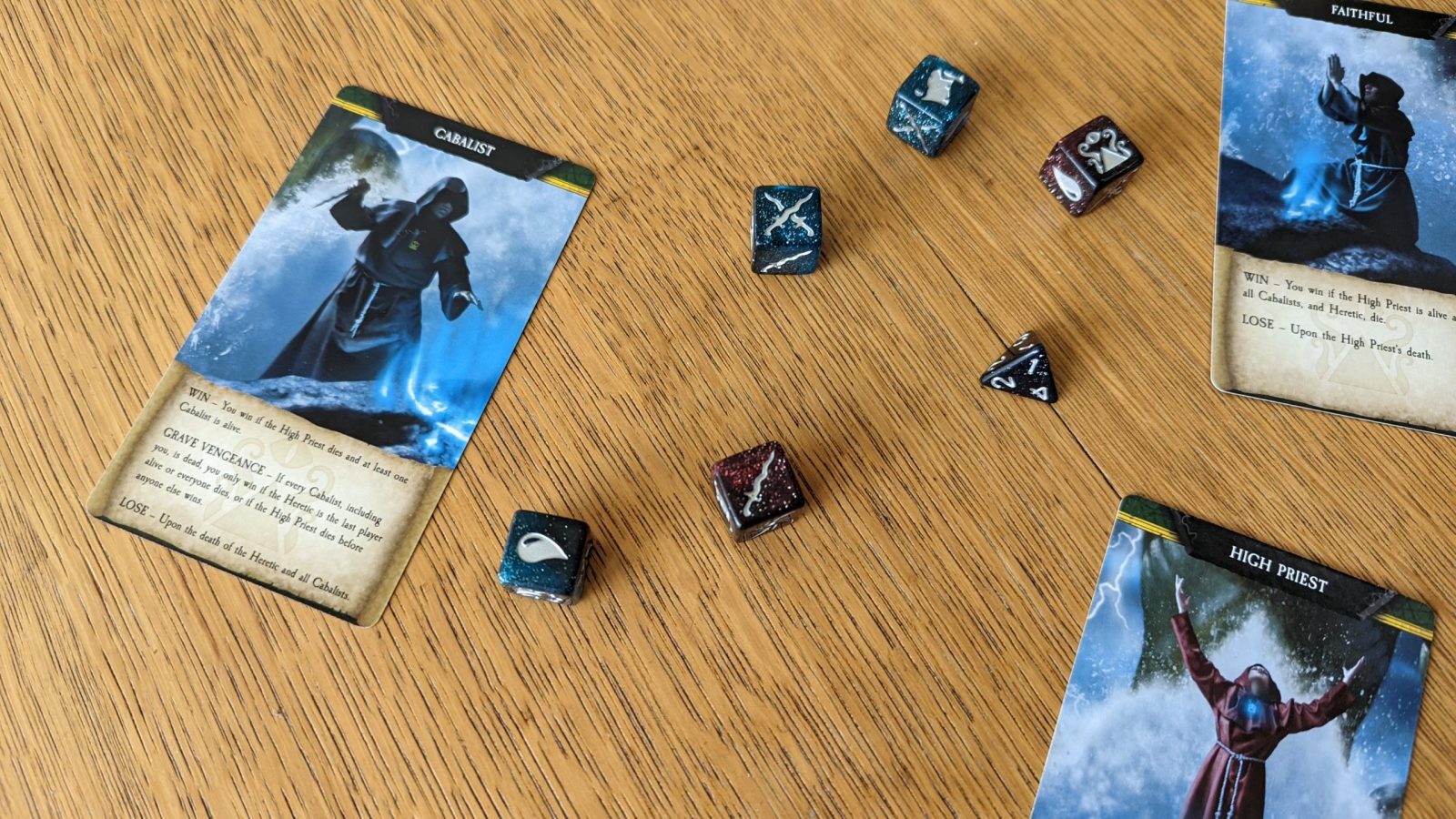 Last, the renegade has been replaced by heretics, who have multiple win conditions instead of just being the last alive, which adds a much-needed infusion of actual deduction into the late game, as just blasting everyone else may not be a recipe for success anymore.

If you find yourself missing BANG!, between the revamped gameplay and increased production quality, I’d suggest you give Cult of the Deep a try.

Cult of the Deep

Cult of the Deep is what happens when you apply a couple decades of design improvements and some attention to component quality to BANG!

Nick grew up reading fantasy novels and board game rules for fun, so he accepted he was a dork at an early age. When he's not busy researching the intricacies of a hobby he'll never pick up, Nick can be caught attempting to either cook an edible meal or befriend local crows.
Related Articles: Cult of the Deep, Tabletop
Share
Tweet
Share
Submit