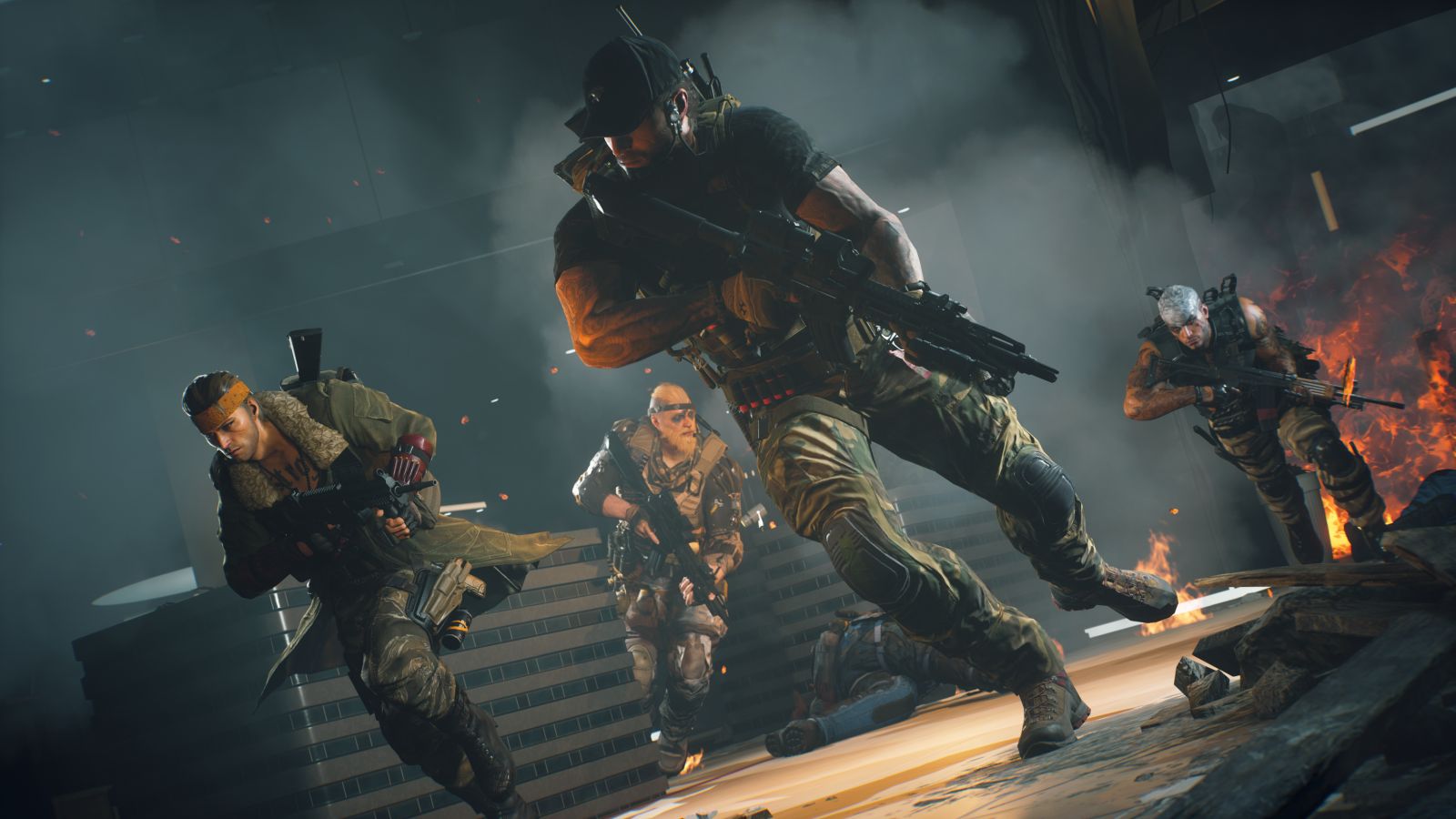 It’s been an intense four months for first-person shooters, with a plethora of content for fans. It certainly hasn’t been a transcendent group, with Halo Infinite’s triumphant surprise drop and subsequent lack of content joined by a buggy Call Of Duty: Vanguard release (that I still love), and a mess of a game that is Battlefield 2042. One would think it could only get better from here, but upon the release of CrossfireX scant weeks ago, I’m sad to say the bar has been lowered. Besides a couple of moments in the campaigns that showed the smallest spark of potential, I’ve been thoroughly disappointed as I plodded my way along in an FPS experience that should have had nowhere to go but up. 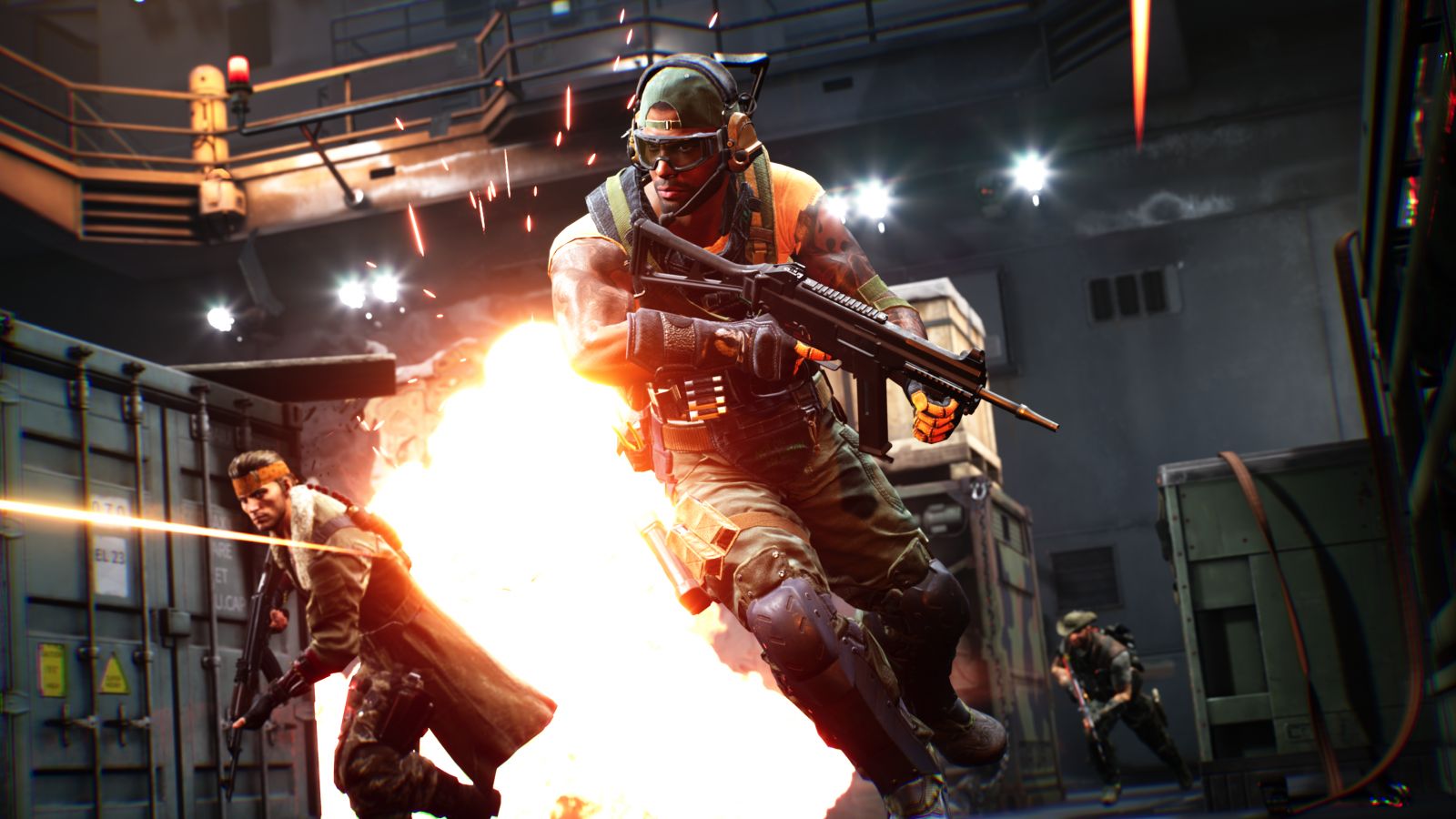 It’s hard to say exactly where CrossfireX’s two standalone campaigns go wrong, but they don’t get much right. Both run about 4-5 hours long, Operation’s Spectre and Catalyst (the latter included in Game Pass). What ensues, however, is a lackluster experience that isn’t memorable at all, and I kind of want my 8-10 hours back.

Everything comes together in this pseudo Modern Warfare/Rainbow Six styling, with a story reminiscent of the whole GI Joe vs Cobra thing, just without some of the flamboyancy and odd naming conventions. Interestingly enough you’ll play both sides, Global Risk in Catalyst and Black List in Spectre, but I’m honestly not sure why either are feuding. Apparently one of the characters can see the future and wants to keep war from tearing the world apart, but of course when you try to stop something like that you generally make it worse. This is more or less where things get by the end of the Spectre campaign, but even playing both I’m at a loss as to why I should care and where the story is even going.

Now, I love Remedy’s storytelling. They’re the ones tabbed by Smilegate to give us this one. But I’m curious if they had enough creative freedom available to create something good, as well as if this piecemeal offering didn’t hurt it. I get the fact that Sam Lake didn’t have anything to do with this one automatically drops it a tier, but I figured the story would feel more complete and competent. 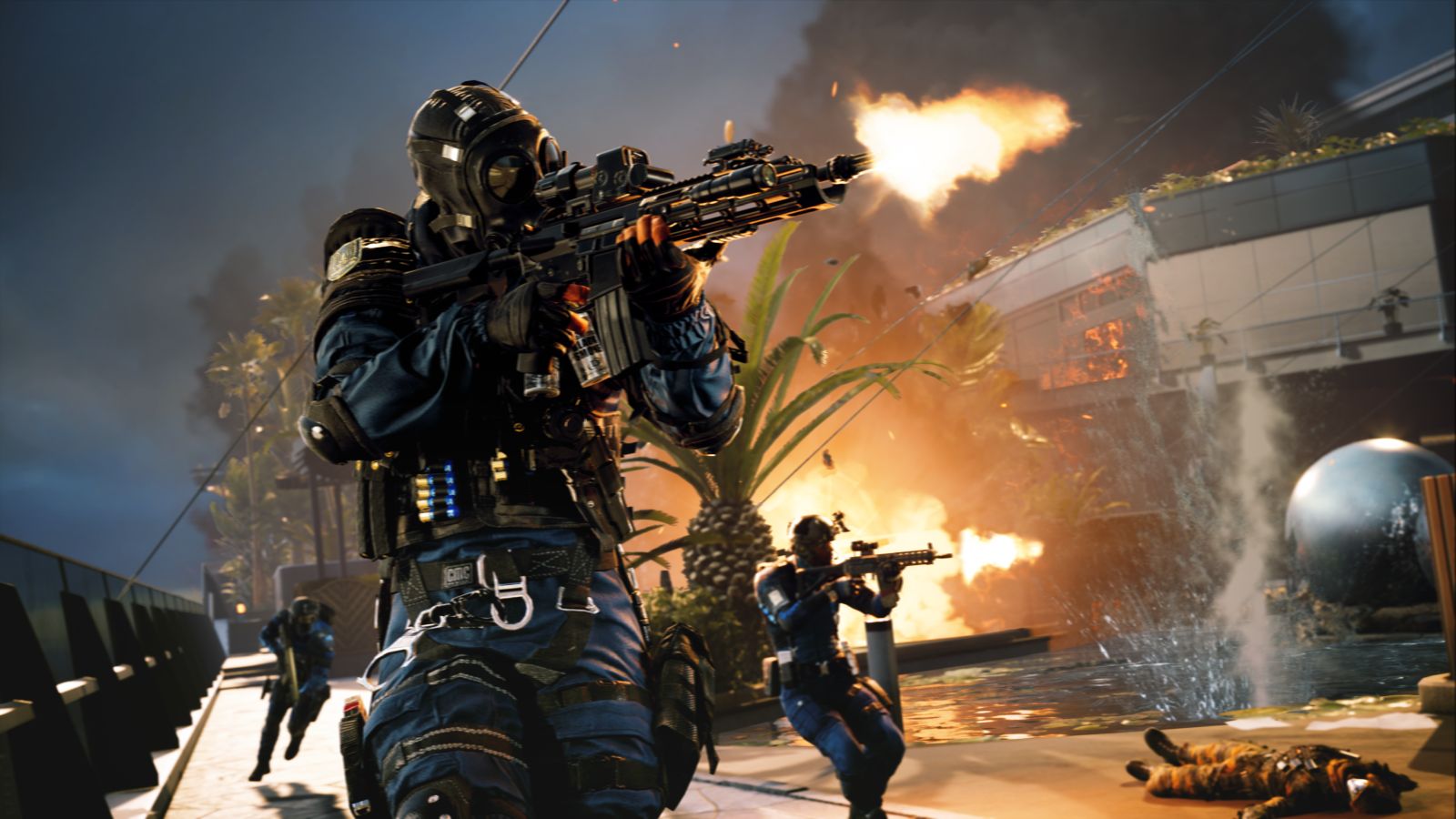 It feels like you’re thrown into the middle of a conflict with absolutely no information on what’s going on. I’m fighting a foe I know nothing about and/or why I’m shooting at them. That’s what it boils down to. But going even further, there’s another story in the midst of all of this that I’m supposed to understand, and it’s one of those Remedy headscratchers that isn’t landing right. All of this, sandwiched between an incredibly generic military shooter setting and a voice cast who sounds more bored voicing the characters than I do playing them. It can look shiny at a few points, but then the visuals go back to doing their thing of looking uninteresting.

The sad thing is I want to like what CrossfireX is doing. For instance, there is a moment when Hall (the lead character) is captured and brought to a tower for interrogation. Your perspective suddenly changes after a bullet hits the guy who’s about to torture you, with a rewind to where said shot came from. That’s when Randall comes in, a sniper who was assisting you from the beginning of the mission. You take control of him, guiding Hall in order to get him out, and while the perspective does flip between them during this section, it feels like the highest point the game has to offer.

That’s because the gameplay matches the boring pace of the story. It’s pretty much, run through an empty area until the enemy goons show up, shoot them, and move on. You do this over and over with completely uninspired dialogue breaks until you’re ready for it to be over, which is probably in the first ten minutes. Unlike its predecessors like Call Of Duty and Battlefield, the gunplay feels stiff, almost like a mobile game was converted to run on PC and console. Besides the fact the gameplay works a bit better in the campaign than the multiplayer, there’s not a lot to be excited about. 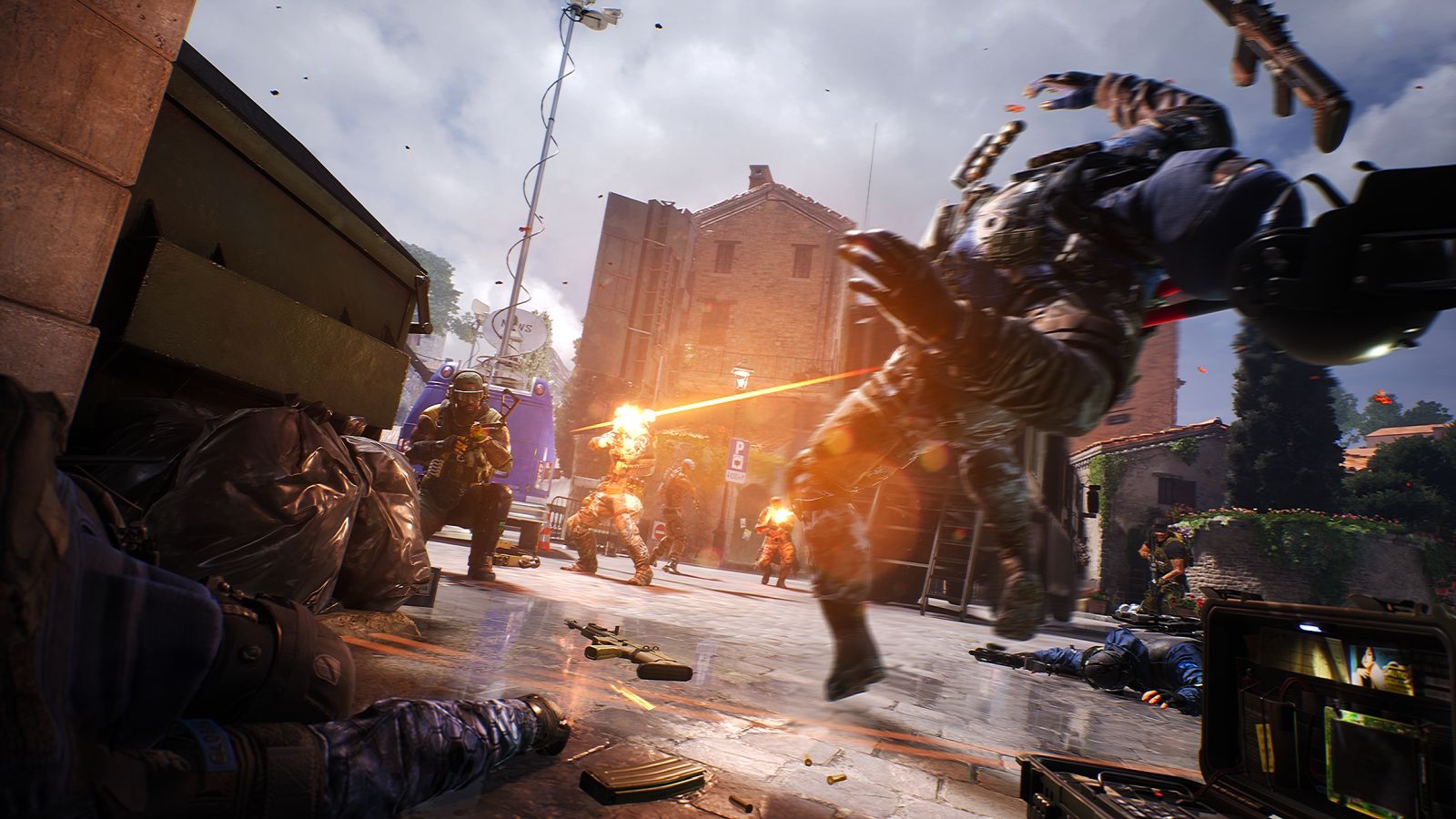 Yeesh, this is where it goes downhill. Where there are moments where I see where CrossfireX could be good in the campaigns, I don’t see that at all in the multiplayer. It’s a roaring mess, with a lack of maps and a pretty sorry gameplay loop to go with it. There isn’t anything to like here, and I know, I play a lot of Call Of Duty, but especially given its core mode is something Call Of Duty is known for, it does a horrible job mimicking something that should be a lot of fun.

Search and Destroy is one of my favorite things in Call Of Duty. It requires teamwork, and given the limited lives available during each bomb plant or defense, you’ve got to get things right. Well, even when I get the flow of the gameplay right, CrossfireX doesn’t. The bomb sites are literally in the enemy spawn, meaning the offense is immediately at a disadvantage. With that in play, you just play for picks, because if they’re all dead you win the round. The mini-map is atrocious, not really giving a good readout of what’s going on. I could barely see where the bomb was when the planter was killed on it. If you feel like my sentences aren’t flowing well here, just imagine that’s what the gameplay feels like. It’s all over the place. 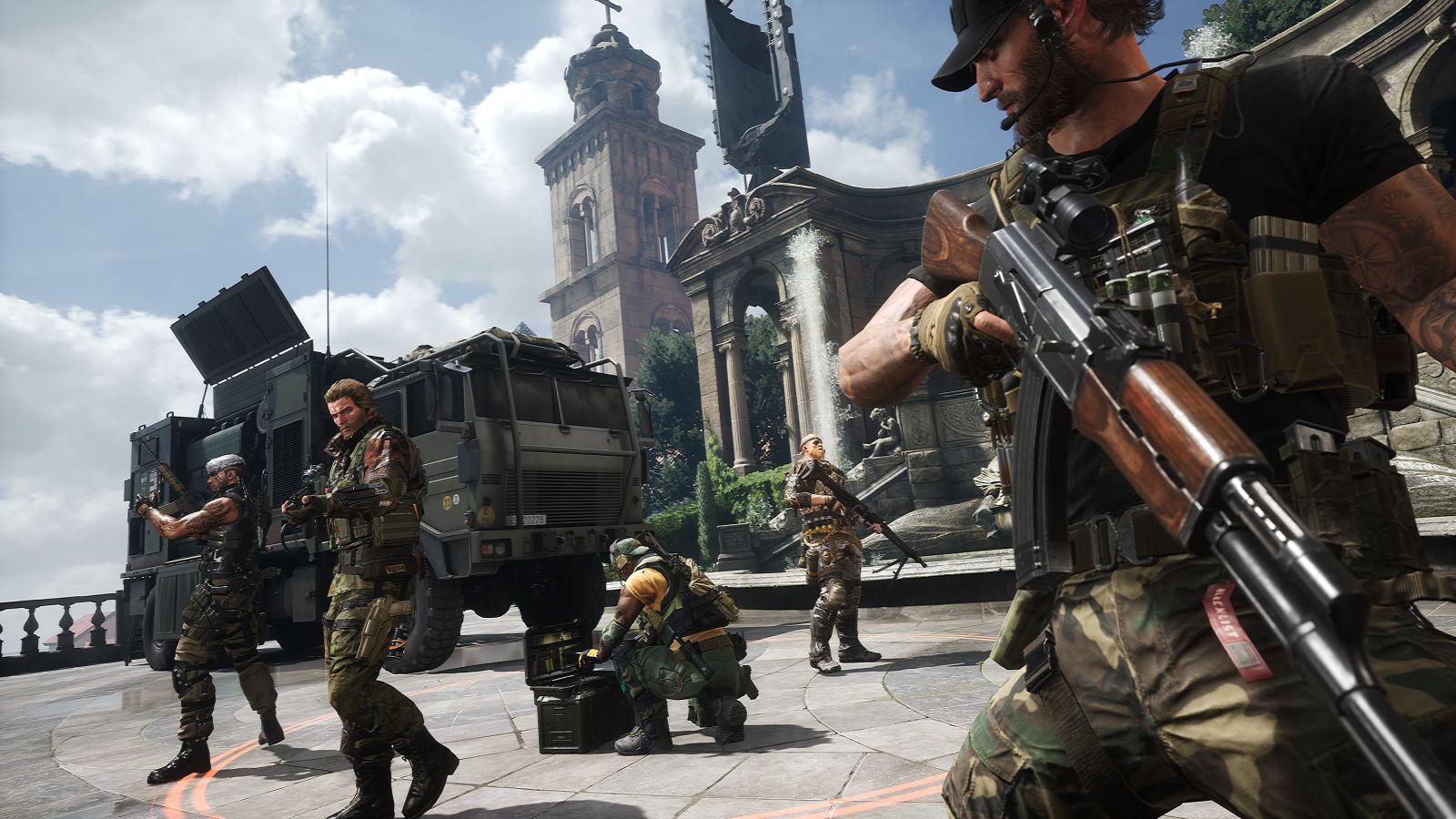 What’s worse is this is from the “Modern” mode, the version that’s supposed to be updated for today, as opposed to the Classic, which is another hell in itself, has no ADS, no sprint, and in the team Deathmatch I played had a map so small the other team camped outside our spawn doors. If you’d like to feel what it was like to play a bad shooter from 10-15 years ago, just head there. There are four maps and modes in Classic, and three in Modern, with the caveat the third mode Escort isn’t up yet. There’s just not a lot here, and what is here isn’t that great. I messed around with the other modes, but there’s really nothing to write home about. The multiplayer is free-to-play, but I can’t say it does anything that would make me want to play it over Halo Infinite, Warzone, or even Fortnite, which are all free-to-play titles.

I know it feels like this section of the review is in a blender, but let’s talk about the gameplay a little more before we get out of here. The easiest way to describe it is if you mixed Counter-Strike and tofu. There’s no spice, no taste. Just an insipid take on one of the greater shooters of our time. Like if you bought it on Wish. I don’t mean to just dog on CrossfireX over and over, but I’m so ridiculously disappointed in how it turned out I can’t help myself. It’s like a corpse of an FPS, existing just to exist. I’m surprised this made it to market, because I find no joy in playing it even if I make good plays or get multi-kills.

There is honestly much more I could say about the game, a lot more in depth I could go in talking about the systems at play, what you can do, etc. But I’m having so little fun in CrossfireX I can’t bring myself to investigate it much further than I have. My momma always said, “If you don’t have something nice to say, don’t say anything at all.” I may not have really done that, but I’m certainly cutting it a bit short of my normal long-windedness. You deserve better, and that’s why you shouldn’t bother with CrossfireX.

There's really no redeeming quality for the teams behind CrossfireX to look at and say, "We can build off of that". It's a bland shooter that doesn't do anything special, and now that I'm done reviewing it I have no plans to ever touch it again. Maybe if they drop another campaign piece I'll try it, but if I'm Remedy I'd get as far away from this one as possible.

David Burdette is a gamer/writer/content creator from TN and Lead Editor for Gaming Trend. He loves Playstation, Star Wars, Marvel, and many other fandoms. He also plays way too much Call Of Duty. You can chat with him on Twitter @SplitEnd89.
Related Articles: CrossfireX
Share
Tweet
Share
Submit