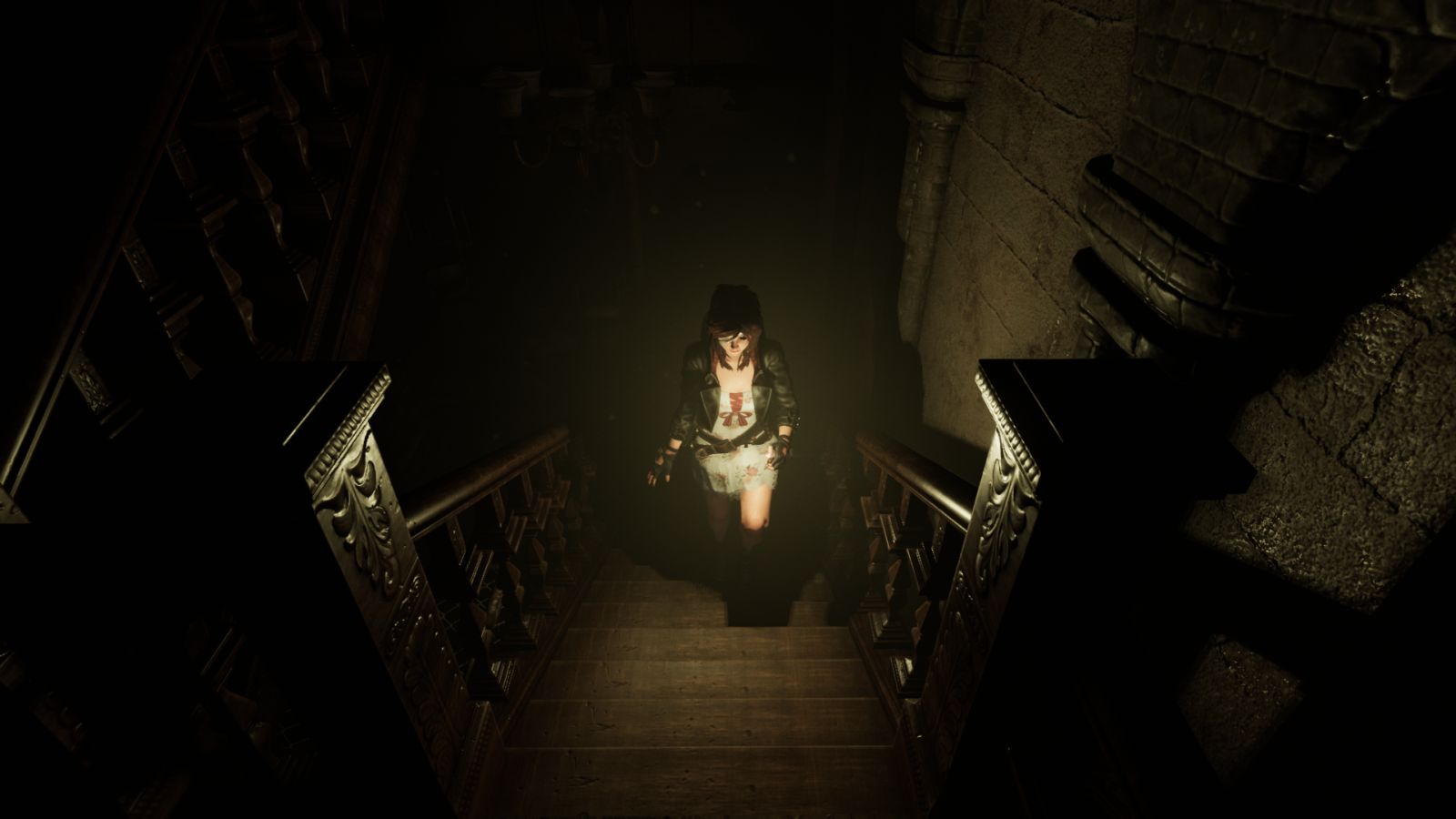 When I previewed Tormented Souls a few weeks ago, the first thing I noticed was its unnecessary nudity and the compromising act it has the main character commit within the first five minutes of the introduction. That problem is still very existent, and it is just another instance of the brutalization and gratuitous sexual violence aimed at women that has pervaded the horror genre since its inception. While this does not happen again throughout the game, it sets the stage for the rest of the experience, so I thought I would set the stage in the same way.

Despite my problems with the developers’ choice to show off their nude female model so blatantly, there is fun to be had in Tormented Souls, along with a number of scares. Without spoiling too much, the game sees Caroline get a mysterious letter from a hospital with a picture of twin girls and an ominous message. She then sets off on a journey to save the girls and uncover the mystery of what has been going on at the hospital. Not a terribly original premise, but it gets Caroline from point A to point B.

Throughout my playthrough, I was at the edge of my seat, actually jumping at the jump scares that were timed at just the right moment (there were not too many jump scares, and the game does not lean on them to build a tense atmosphere), and cautiously entering each new room with my eyes and ears peeled. Dual Effect, the developers of the game, know exactly how to create tension and push and pull you in the right directions. If you are stuck, it is generally a good idea to head in the direction of enemies regardless of how terrifying a proposition that may be. Backtracking is usually handled well, as the game has you unlocking shortcuts that make your return trips faster. Still, as you progress later into the game, retracing your steps gets worse and worse, as you go through the entire building in search of that one item you need to complete a puzzle. 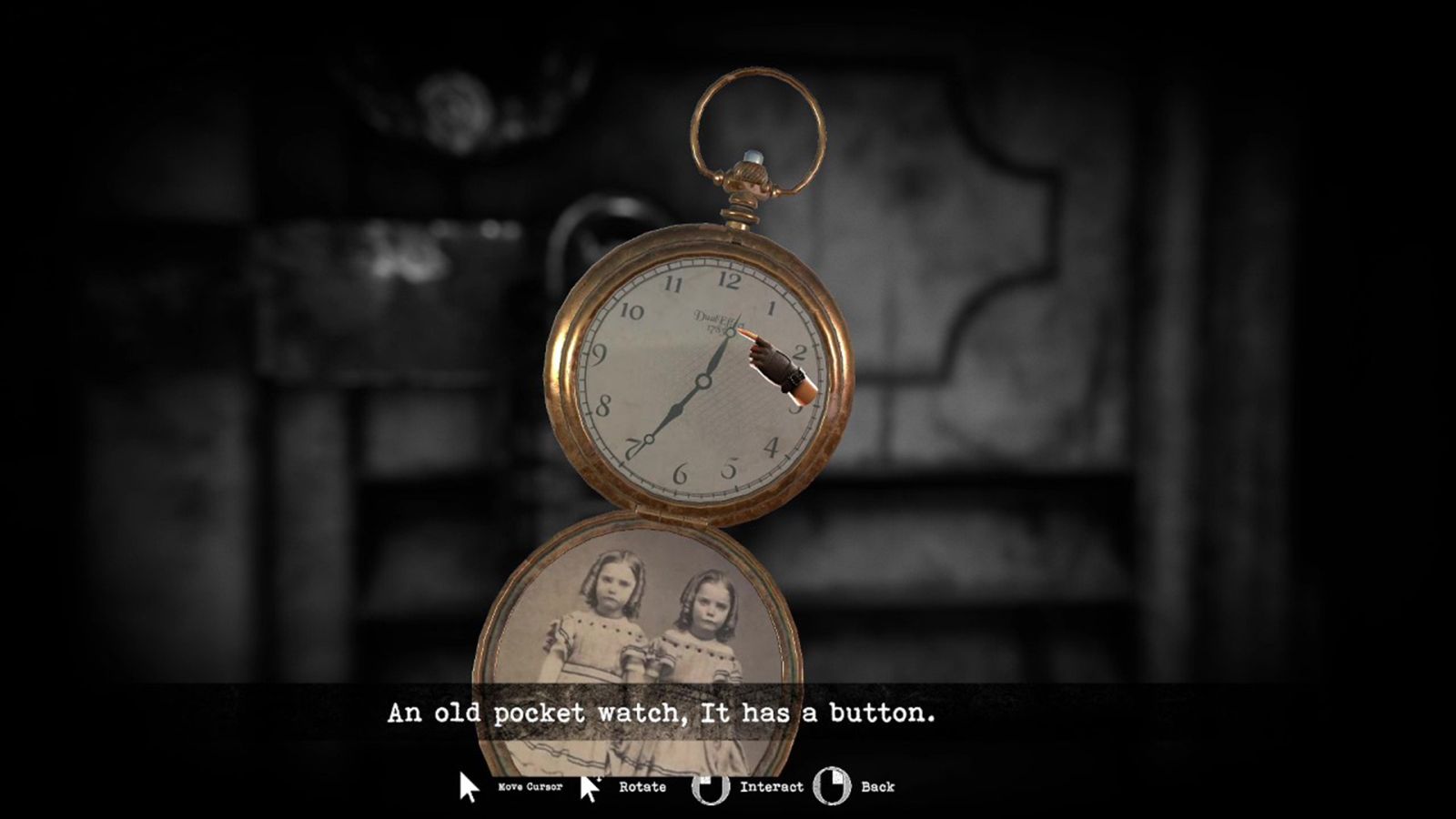 That brings me to my next point of discussion: puzzle design. If there is one thing Tormented Souls does well, it is the puzzles. Puzzles in this game are challenging, rewarding to solve, and tension-inducing as you are forced to push into unknown territory to find items and solutions. Each puzzle in the game feels unique, some asking you to work through logic puzzles, others asking you to time things precisely right or gather information by examining the objects at your disposal. Mileage may vary when it comes to something as subjective as puzzle design, but all the puzzles are intuitively designed, and while they may stump you for a few minutes, the solution is never too far out of reach. I never got to the point where I felt hopeless, and that is a positive in my book when it comes to games like these. Puzzles only stumble in this game when you have to backtrack because you missed a small object that was not signposted very well, and that does not happen often. The puzzles, however, are not the only obstacles in your way, so let’s talk about combat.

Combat is largely similar to how it worked in the old Resident Evil games. You control Caroline with modern tank controls, meaning you can use the D-pad, or you can use your control sticks (by the way, I highly recommend playing this game with a controller if you decide to pick it up) to move her around. Enemies are somewhat tanky in their health pool, and most lumber slowly towards you. On top of their stocky health, enemies have the advantage of the fixed camera angles the game has you playing at. Because of this, you have to balance distancing yourself from your enemies so you can get shots off with finding a spot with the perfect camera angle that allows you to see just how close your assailants are getting. Another layer that makes combat interesting, and one that disappears at around halfway through the game, is that you cannot attack your enemies or interact with the environment in the dark. This means that, in darkened areas, you have to equip your lighter and look for ways to lighten your surroundings. You can usually do this by either turning on the power or finding candle holders that you can light with the press of a button. This adds a nice bit of anxiety when you enter a room that is pitch black and hear an enemy already starting to advance on you. All of a sudden, you realize you have to find your way through the dark room to a spot you can illuminate in order to pull your weapon out just in time. Combat is fun here, but it is by no means the reason to play this game. It services the game’s atmosphere and provides a nice distraction (and obstacle) to the game’s puzzles and narrative. 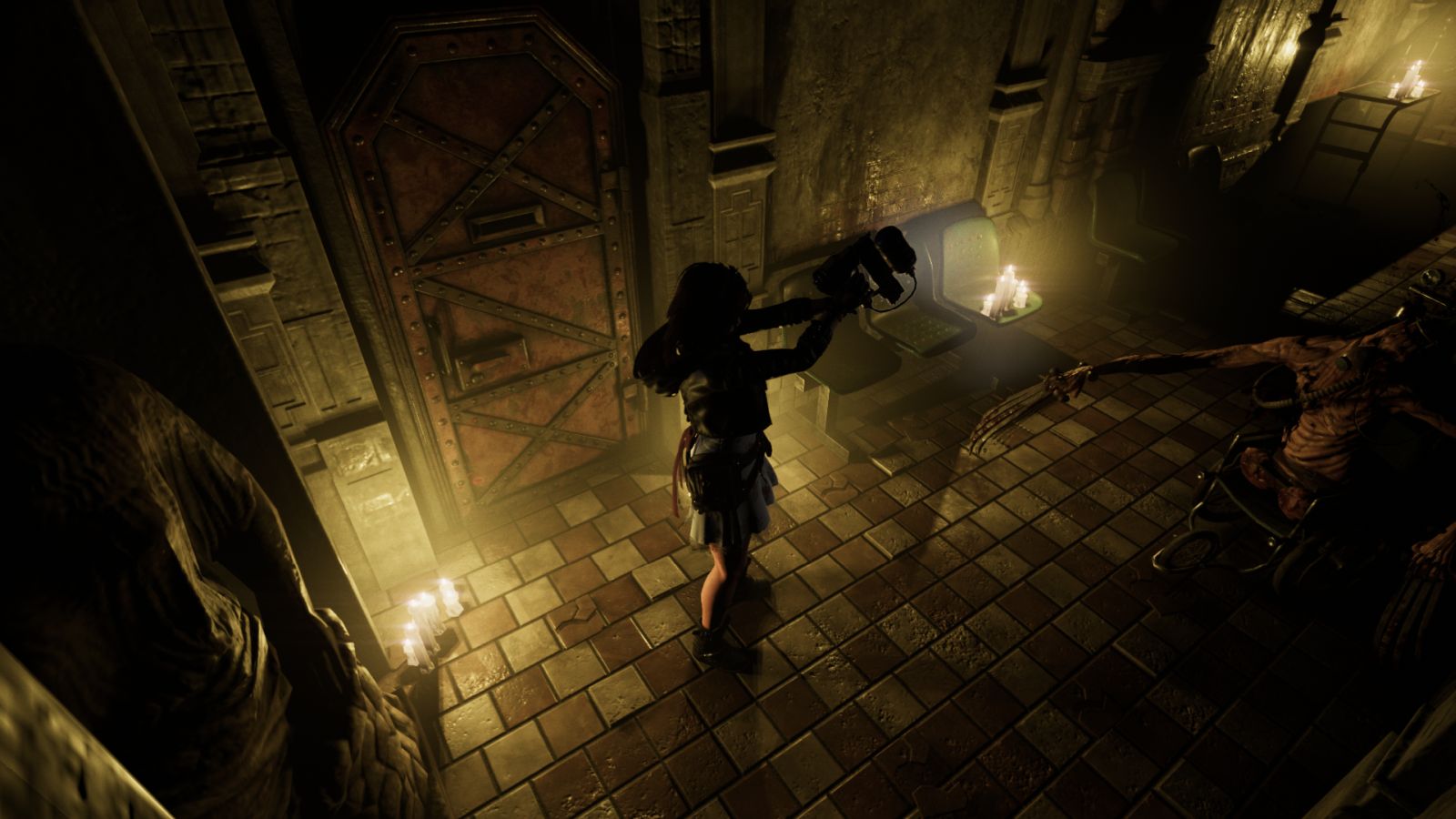 Tormented Souls does not have a great story. That being said, there are some lore entries that are genuinely fun and scary to read, but the majority of the story, including cutscenes, voice acting, and the ending leaves a lot to be desired. The script reads as wooden, which does not leave the voice actors much room to do a great job, but even then, these performances are just not good. While in my preview I mentioned that the voice acting is not really the point in games like this, towards the late game, there is a lot more voicework that really begins to grate on the player and detract from whatever impact the story aimed at landing. There is a twist ending, but it does not do much to make you invest yourself in the characters or care that much at all about what is going on. This game is carried by its puzzle design as well as its creepy enemies and wonderful environments.

From the bloodied halls of a hospital home to grisly experiments to the lair of a creepy death cult, this game’s environmental design leans into its horrific elements and creates a disgusting setting that feels like the mansion of Resident Evil fused with the Baker residence of Resident Evil 7. Things drip from the walls, intestines and mangled bodies lie on tables, and suits of armor stand menacingly at attention as you traverse the hostile area. Nothing in this game’s environmental design betrays the atmosphere, everything feels crafted to ramp the tension up and keep you on your toes. This extends to the sound design as well. Enemies clatter in the distance. When you approach them, their sounds grow louder and increase in frequency. All of this is against the backdrop of a chilling (if a little repetitive) score that fades in and out as you encounter and dispatch enemies. Even the menu UI is evocative of PlayStation era Resident Evil games, reassuring you as you equip each weapon or select each item with a telltale tone that is one of the only comforting parts of the game’s sound design.

When Tormented Souls works, it shines, and when it falters, the game suffers as a whole. Although there are a number of problems with the game, it was a fun time overall, and there is a lot to enjoy about this love letter to survival horror games of old.

Tormented Souls feels like a labor of love, paying homage to its predecessors and delivering a survival horror experience akin to the games of the genre’s glory days in the PlayStation 2 era of gaming. This game will not pull in newcomers to the genre, but lovers of survival horror will enjoy this game for its puzzles, tension, and environmental design, even if the game is lacking in some major areas.

Noah Anzaldua is a game journalist, Twitch streamer, and a passionate fan of Apex Legends and Destiny 2. Writing and streaming are his passions, and he is carving a career path out for himself. He is a graduate of the University of Alabama where he is majored in News Media, History, and Political Science.
Related Articles: Indies, Tormented Souls
Share
Tweet
Share
Submit