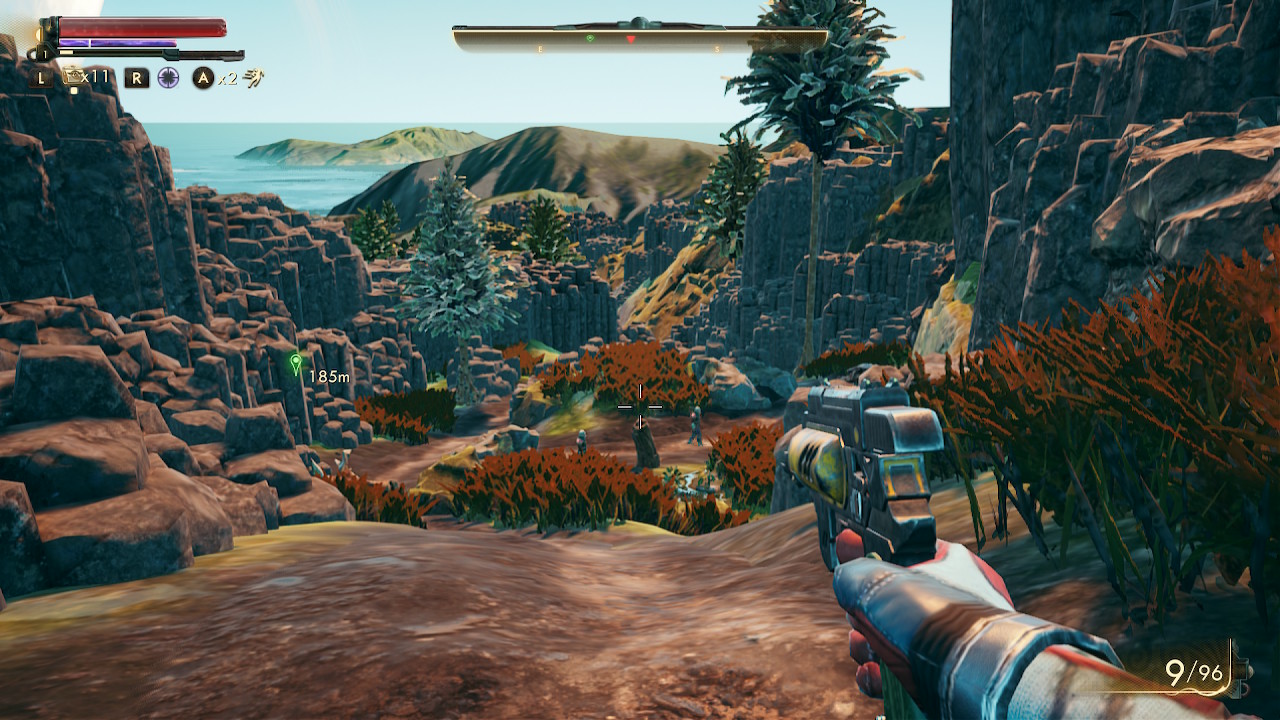 The Outer Worlds is a fantastic game. The writing is both hilarious and sad at the same time, the combat is engaging, and the world is interesting. If you love Bethesda’s take on Fallout, you will almost certainly enjoy The Outer Worlds. You just won’t enjoy it here on the Nintendo Switch. This is a subpar port of a great game that I just can’t recommend if you have access to any other version.

Let’s get the expected downgrade out of the way now. The Outer Worlds on Nintendo Switch looks horrendous. This is an ugly, ugly game that no amount of wonderfully bright colors and interesting vistas can make up for. Textures are bad, there is a tremendous amount of pop-in, and all the characters look like plastic. This is an eyesore, but I went in expecting that. 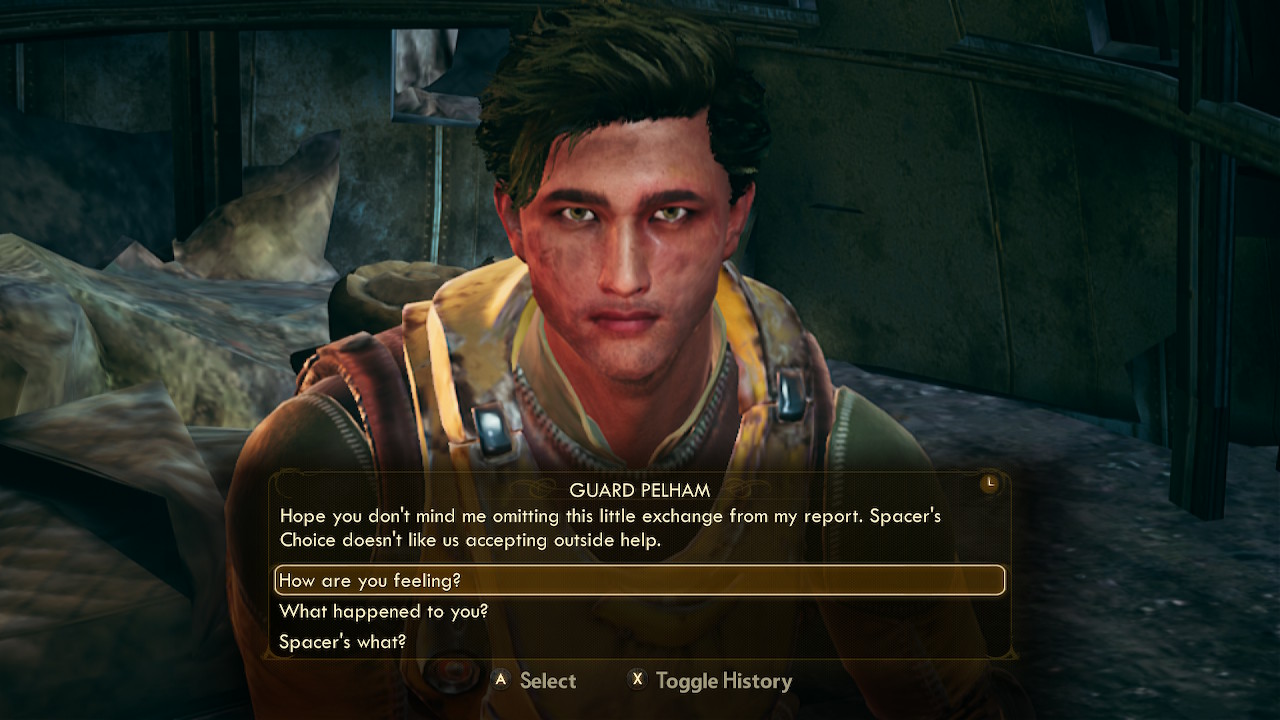 What I wasn’t expecting is just how bad the game runs. I hoped all those graphical compromises would be enough for a smooth experience but my time was anything but smooth. The main issue here is the frame rate dips dramatically at random times. It can be smooth during combat, but can crash just walking through the city or exploring the wilds. It can also dip during combat making them tedious and annoying.

All these problems can’t stop the fact The Outer Worlds is a damn good game. Even with terrible visuals and stuttering frames, I manage to have fun. That fun came with plenty of frustrations, but the fact I enjoyed myself is a testament to how good the game is. The conversations are consistently hilarious, such as Spacer’s Choice slogan: “You’ve tried the best, now try the rest!” It also gets pretty depressing; such as paying gravesite fees just to be buried when you die. If someone happens to get fed up with this system and take their own life? Well, that is destruction of Spacer’s Choice property and the worker closest to them are in charge of all feels that go along with death. It is a wonderful critique of capitalism that never loses its charm even as the performance struggles. 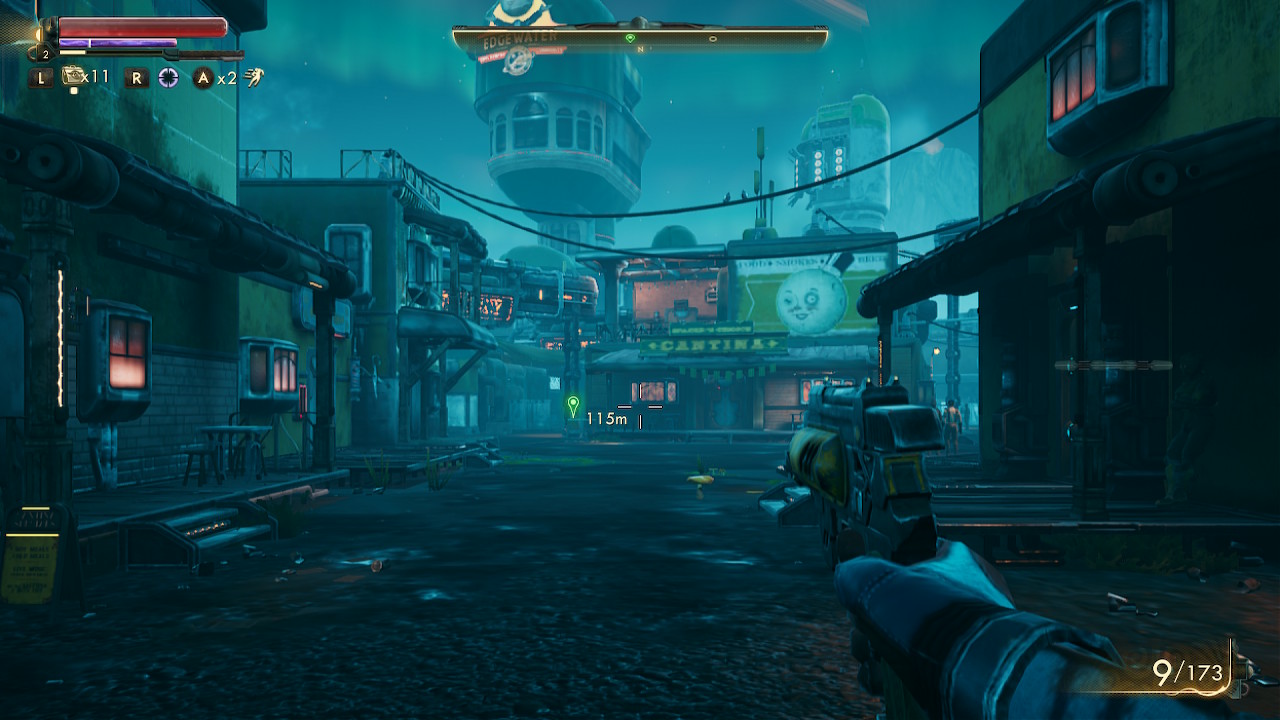 So long as you don’t look too closely, the game can look good every now and again.

That writing carries over to the story as well. You are revived from a lost colony ship by a strange scientist. You don’t get a chance to even say hello before you are dropped off planet following the directions of a man you met five minutes ago in order to save everyone else on the ship. The story has you meeting wonderful characters and visiting bright and lively planets. It’s just a shame these planets look like how I’d see the world without my glasses on; colorful blurs.

Creating your character is always one of my favorite things in an RPG. I decided on Xander, the smooth-talking intellect who isn’t too handy with a gun. I would have to say this is one of my main critiques on the gameplay as a whole; I wish I could talk my way out of situations more. Early game combat is a bit of a chore when you aren’t skilled with weapons but you have to do a fair bit of it. It’s hardly a deal-breaker, especially since there were plenty of conversations where my speech was very useful, just a tad annoying. A character is more than skills, however, along with perks you can get to boost your character, you can also select flaws. Flaws are always one of my favorite things about RPGs. They help really define a character and how they act more any perk. Take too many drugs? You may find yourself an addict who needs a hit to be effective. 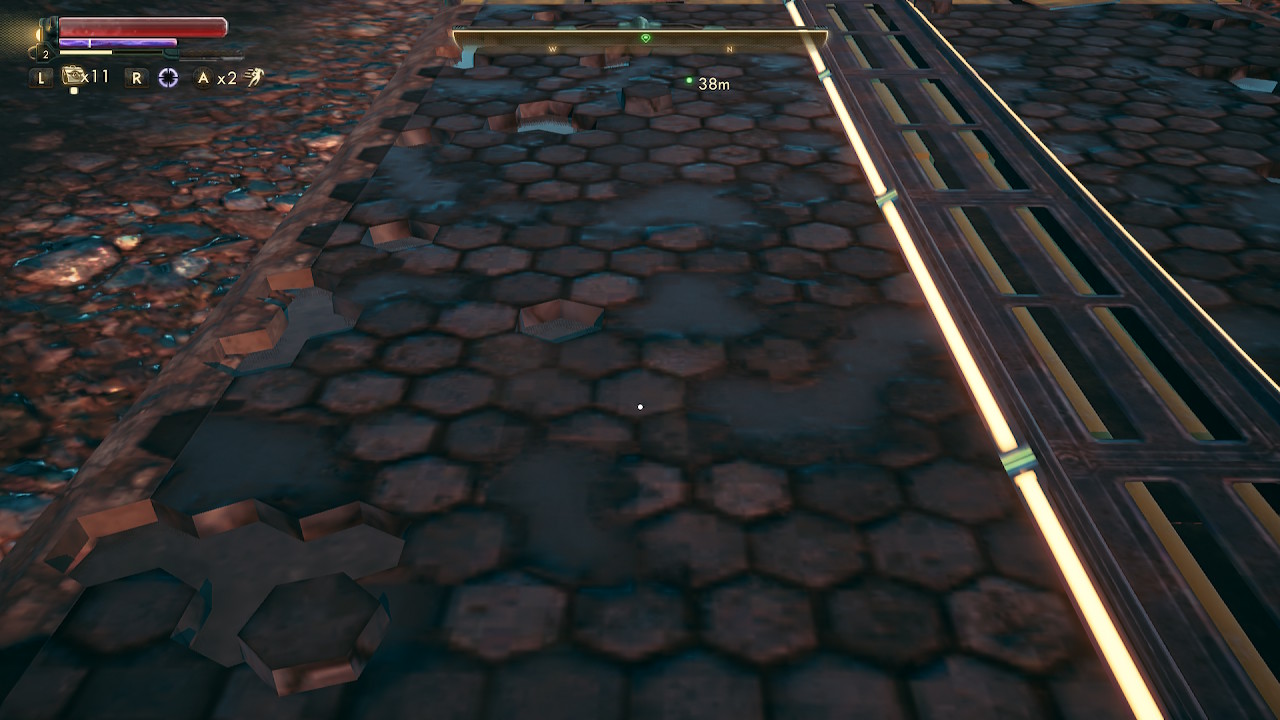 As for the combat itself, it is basic but serviceable. You can dodge, heal with the drug Adreno, and slow down time with tactical time dilation. The shooting itself is satisfying. You have different weapons skills such as long guns, handguns, and heavy weapons. These three weapon types also use three different ammo types: light ammo, heavy ammo, and energy cells. There are enough unique weapons and enemies to keep things engaging though it is hardly the greatest combat I’ve ever seen.

The Outer World’s greatest strengths still shine on the Nintendo Switch. The writing and characters are hilarious and the story is engaging. Graphics and general gameplay still take a massive hit, however, and it makes it hard to recommend this version unless you are desperate for a portable version of the game.

The Outer World's greatest strengths still shine on the Nintendo Switch. The writing and characters are hilarious and the story is engaging. Graphics and general gameplay still take a massive hit, however, and it makes it hard to recommend this version unless you are desperate for a portable version of the game.

Austin Fern has been playing video games his entire life. The first console he truly fell in love with is the PlayStation 2 with Sly Cooper, God of War, and many others really leaving an impression. He enjoys all genres of games from FarCry 5 to Danganronpa and everything in between.
Related Articles: The Outer Worlds
Share
Tweet
Share
Submit