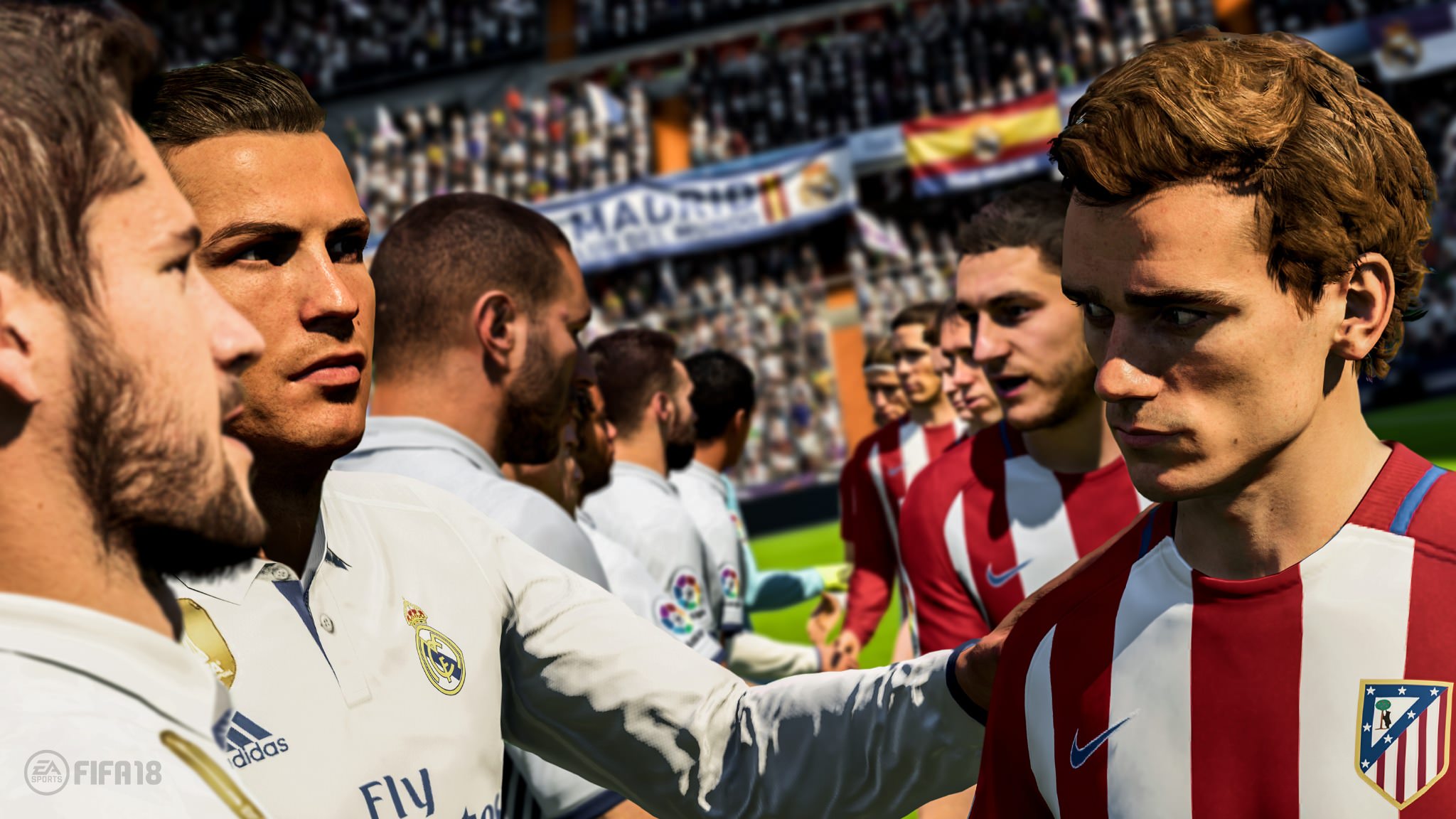 For many years, the FIFA series was one of the smoothest video game experiences around. Its elegant presentation and tip-top controls combined make for the best sports franchise on the market. But the past few years have seen a bit of a change; the competition has refined their controls and copied certain FIFA features. At the same time, that smooth FIFA feeling is no longer prevalent. Running up and down the pitch can feel a tad cumbersome as passes fly a little further left or right than you may have intended and characters themselves feel unnecessarily heavy when making difficult cuts and turns. These were the rough edges that FIFA 18 really needed to work out.

The biggest feature added to the FIFA franchise in the past few years is The Journey, a story mode revolving solely around a protagonist named Alex Hunter. In FIFA 17, you followed Hunter throughout the beginning of his career, battling different personal issues while eventually landing yourself in the Premier League. Along the way you partook in practice and actual games, alongside the many Telltale style conversational situations, where you chose to be either neutral or fiery in your responses. There was no doubt that some gameplay issues were prevalent, and the story was a tad one-dimensional, but it was largely successful and ended up being the most significant addition to FIFA since the Ultimate Team mode was introduced.

Alex Hunter is back. When I noticed this was one of the main features of FIFA 18, worry crept in. Not because I didn’t want more of Hunter’s story, but because I know the development time of these games feature tight windows and not a lot of hours to refine gameplay. If that time is being spent on another Journey iteration, less time can be spent on dribbling and the more nuanced mechanics within FIFA.

That being said, this second iteration of The Journey is fantastic. It’s tough to talk about The Journey without lightly comparing it to Madden’s Longshot mode, whereas Madden had a more humorous, well-written experience, The Journey feels perfectly integrated into a video game. The numerous cutscenes are held in check as games and practices are sprinkled in when necessary.

It doesn’t end too early, but it doesn’t overstay its welcome; The Journey knows exactly what it wants to accomplish, and it does just that. This next iteration of The Journey avoids some of the previous’ narrative pitfalls by focusing more on the specific character relationships between Alex and his surrounding castmates. There is still some development in Hunters’ soccer career, but the interactions between characters is by far the most memorable aspect of the mode. That being said, as it progresses, The Journey focuses heavily on gameplay in the later sections of the mode, which is far from an issue because it allows the player to dive into some of the changes on the pitch. The actual issue is with those changes specifically, because The Journey is one hell of a time.

As for that actual play on the pitch, there are two changes EA has been pushing heavily, an overhaul to the dribbling system and a system called Real Player Motion Technology. The new dribbling system, unsurprisingly, feels very similar to past years. That being said, there are slight tweaks here and there that help the player navigate tight spots, especially when you’re working near the opponent’s goalkeeper. Attacks now happen more organically, and they’re much easier to control, lofting crosses halfway across the pitch for a header is much easier than it used to be.The crossing system has also been tweaked, as there used to be multiple times where my cross would simply fly over the goal or overhead of my intended target. There are multiple different sorts of crosses now, including arching and back-stick crosses.

As for Real Player Motion Technology, it doesn’t seem to make too much of a change. The system promised new animations and motion capture, and they exist, but it doesn’t feel like it makes too much of a change. Certain players have their own signature movements, such as Ronaldo’s sprint, but that doesn’t extend too far beyond the bigger names, meaning most players are still devoid of real personality on the pitch. A much-appreciated, albeit minor, detail comes with the new dynamic substitutions feature, which will pop up sub recommendations mid-game, helping the player know exactly when to make a critical change. In the past, you had to navigate through frustratingly slow UI, whereas it’s now just a quick push of a button away.

From there, there are small tweaks to the Career Mode and FIFA Ultimate Team. FUT now has ICONS including Pele and Ronaldinho, and Career Mode features new transfer negotiations, but none of it feels particularly memorable. WIth such a huge focus continuing to be on Alex Hunter’s story, some of the smaller issues nagging at FIFA seem to be falling by the wayside. That being said, The Journey is still the best narrative experience in a sports game and only gets better this go around. Some of the annoying bits surrounding movement have been tweaked slightly for the better, but there’s still work to be done. Nonetheless, FIFA 18 is still one hell of an enjoyable game.

FIFA 18 brings back Alex Hunter and makes his story better. With a detailed focus on the protagonist’s many complicated relationships, this new Alex Hunter tale is the best narrative in a sports game. There are some smaller tweaks needed on the pitch that seem to be getting ignored, but FIFA 18 has hints that those issues are slowly being addressed. FIFA continues to be one of the best sports titles on the market.