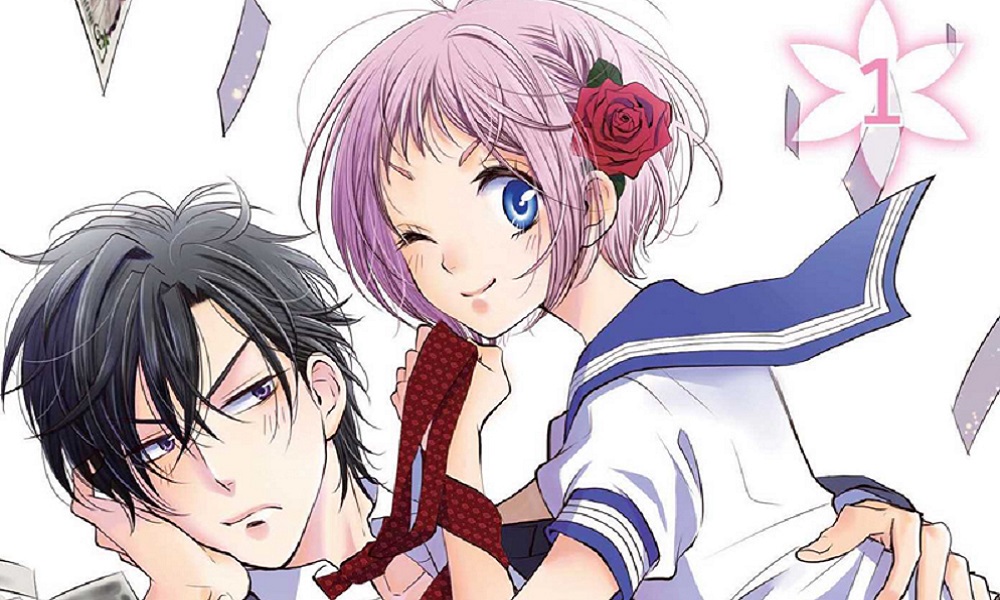 While I’m more of a shonen fan when it comes to anime and manga, I do partake in some shojo from time to time. From Sailor Moon to My Love Story (and I guess we can count the first two episodes of Puella Magi Madoka Magica), the genre can appeal outside its intended demographic. It’s with this mindset that I ran into the first volume of Takane & Hana, a comedic shojo manga that invokes plenty classic romantic comedy tropes, but does so in a way that’s charming and very entertaining.

Hana Nonomura is your average Japanese high schooler that gets into a sticky situation when she stands in for her older sister during an omiai (A traditional Japanese marriage meeting) with the heir of a vast fortune, Takane Saibara. The meeting goes awry as Hana rejects the budding bachelor, and it becomes a massive failure. However, a while later, the truth of Hana’s involvement during the meeting comes out, and Takane takes an interest in pursuing her. The two reluctantly become friends and end up tolerating each other’s faults.

Takane & Hana works well because of how distinctly contrasted the characters are. While Takane is a business mogul who has extravagant tastes and is normally cold and calculated, Hana is the down-to-earth girl that speaks her mind and is keen on reading others. Comparing the two, Hana is more street-smart and easily excitable while Takane is more discerning yet less flexible. It’s the balance and clash of cultures that work very well in the relationship dynamic, and the shojo artstyle really contributes to the lighthearted mood of it all, with more emphasis on character expressions and appearances rather than external settings and backgrounds. The initial vitriol makes for some heartwarming emotion as the two get to know each other in later chapters.

As a slice-of-life manga, the “opposites attract” premise works relatively well. With it comes the usual “fish out of water” plots where both characters experience things outside their comfort zone (Takane in the second chapter has to do things that “commoners do”, while Hana has to eat properly and lavishly at an exclusive venue in the next). It’s here that both Takane and Hana can fall into their archetypal personalities, and these moments can get predictable, to the point of being distractingly cheesy. For the most part, however, they’re executed pretty well. Both main protagonists converse with a healthy dose of snark, and won’t waste the opportunity to make a joke at each other’s expense. It’s this kind of light banter that I appreciated reading this volume, and it did make me chuckle here and there.

While marriage is a central theme in this manga (and the ages of the characters fall within Japanese legal requirements for this), the relationship feels more of a close friendship rather than something intimate at the moment. The ten-year age gap might be a concern with readers, but the manga respectfully handles the issue (and pokes a few jabs at the protagonists as a result), and actually uses the circumstances to extract drama to the setting. After all, Takane, as a grownup, needs to take his job into consideration while Hana understands that there will be other female suitors his age that will eventually steal his heart. Some scenes also indicate that other people are talking about this relationship, and at the end of the first volume, it might not be all positive. It will be interesting to see how this age dynamic changes as the story continues.

Takane & Hana volume 1 is a humorous debut to something special. While it can get a little too formulaic at times, the duo of characters remain a great contrast to each other and delivers a mix of heartfelt emotion and comedy to the shojo scene.

Elisha Deogracias is an aspiring accountant by day, freelance writer by night. Before writing for Gaming Trend, he had a small gig on the now defunct Examiner. When not being a third wheel with his best friends on dates or yearning for some closure on Pushing Daisies, he's busy catching up on shonen manga and wacky rhythm games. Mains R.O.B. in Smash. Still doesn't know if he's a kid or a squid.
Related Articles: Beyond the Page, Takane & Hana Volume 1
Share
Tweet
Share
Submit