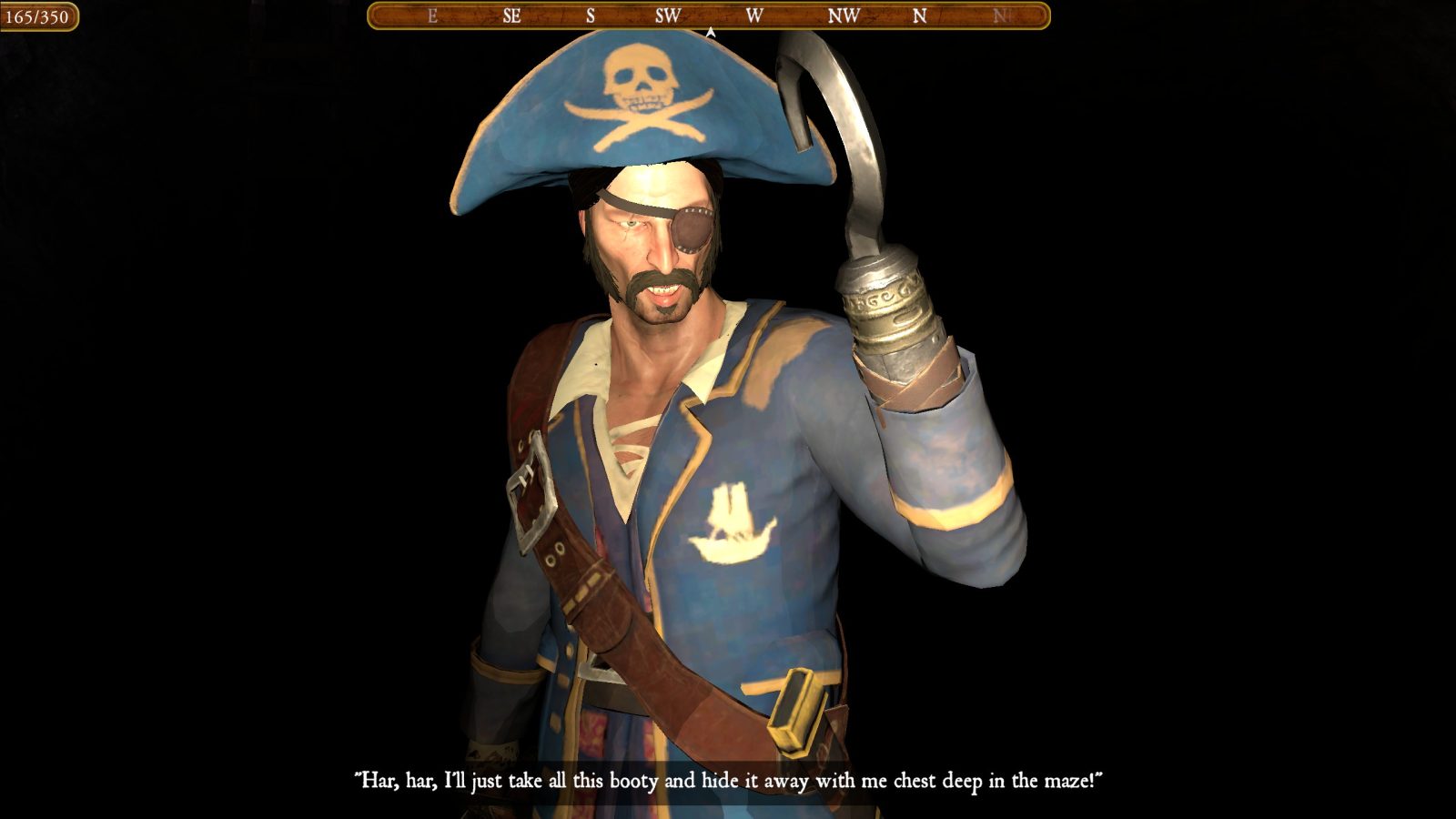 Colossal Cave review — Back to basics

Colossal Cave Adventure was a 1976 text-based adventure game developed by Will Crowther then later expanded by Don Woods. In the game, players would type in commands to explore a massive cave system and find treasure. It’s the first widely known adventure game, with its only predecessor achieving nowhere near as much renown. This adventure has quite the legacy, and was even the title to inspire industry legend Roberta Williams, to get into game development. Now, she and her husband Ken are making their grand return with a full 3D remake of the game that started it all.

Colossal Cave begins by placing you next to a small shed in a forest. There are a few items to grab inside, and your goal is to bring all 15 treasures in the cave back here for a full score of 350 points. In lieu of a text parser, you have two actions you can cycle through by right clicking: look and use. You can look at both specific items and objects as well as your general environment. Whatever you look at will trigger a pleasing narration describing the situation just like the original text adventure would. The narrator will also chime in occasionally to warn you of dangers like a dragon or a long fall. The use action, represented by a hand, covers any interactions with the environment like climbing a ladder, picking up items, and more. It’s a great way to simplify everything you could do in the original game, while keeping the breadth of abilities for puzzle solving.

Pressing Tab will open your inventory, where you can store 6 items including tools and treasures as well as access any magic words you’ve found. From here, you can prime an item for use with the mouse cursor, drop it on the ground to pick up later, or other special actions. There’s even a map of the cave that automatically fills out you can peek at here, or by pressing M. Your exact position on the map isn’t listed, just the room you’re in, so you still need to use your wits and the compass to navigate the maze of corridors. It’s a fun, cozy adventure with a bit of a fairy tale vibe, which fans of Williams’ work will recognize. I’ve never played the text adventure, but from what I know this feels like an adaptation true to the source material.

Speaking of, this game is based on the expanded Don Woods version which means, among other things, that a pirate may randomly appear to steal any treasure in your inventory. Colossal Cave is a short and enjoyable experience, but it has its fair share of annoying puzzles and moon logic. In particular, the ones that stuck out to me the most were the secret to defeating the dragon and the various corridors that only have a percent chance of taking you somewhere. The former is a solution I feel like the game actively warns you away from even though it is correct, and the latter is just annoying. Playing for the first time mostly without a walkthrough (which I would recommend you keep handy, one was provided for the review period), but I did eventually have to break down and use it after combing the cave fruitlessly. Turns out, I just had to keep entering the same seemingly roundabout room exits for the chance that they actually led me somewhere else. I think those random chance elements could be removed for a smoother experience. 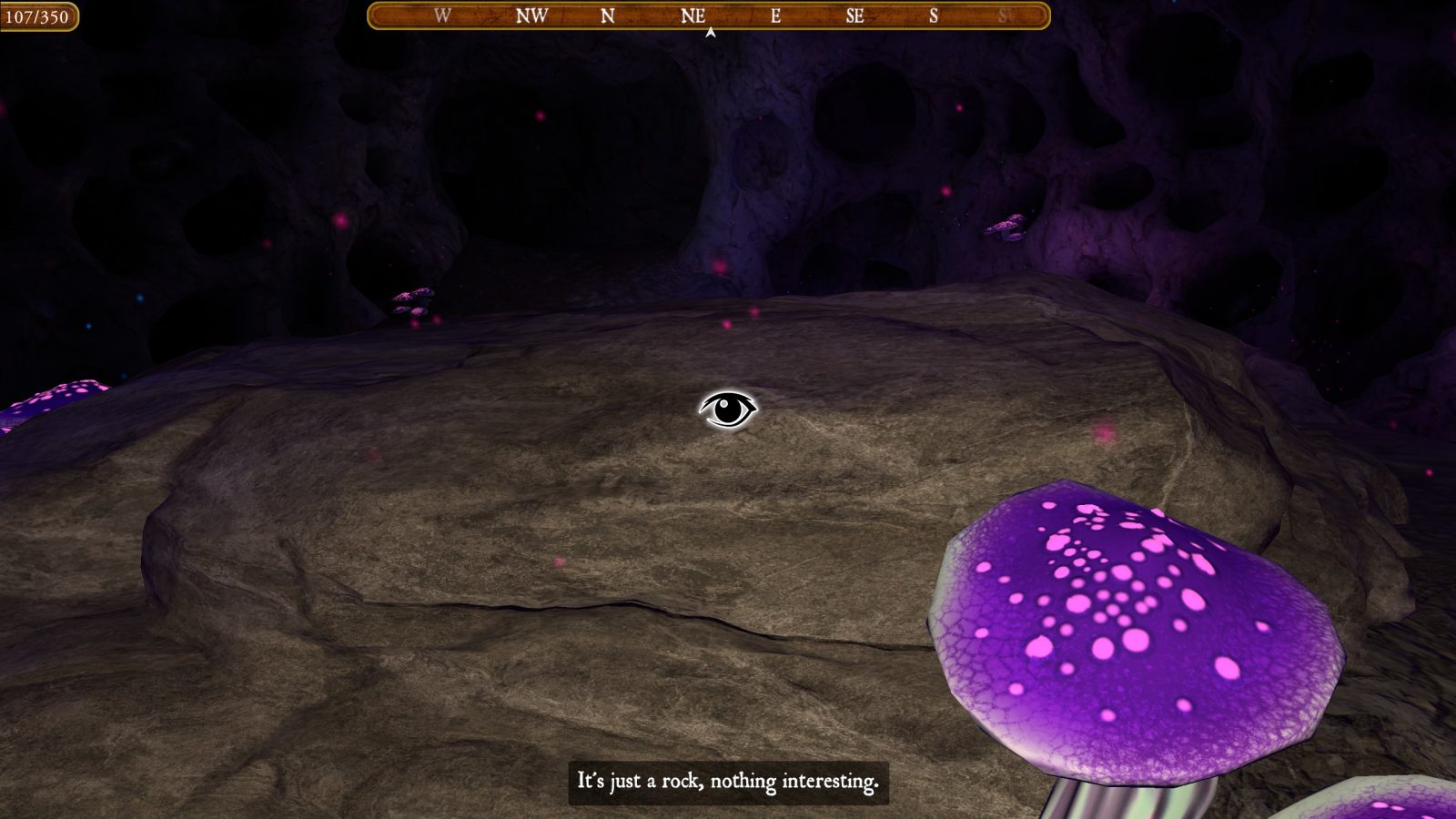 Still, this is an incredibly charming game that feels very replayable. You’re probably not going to get 350 points on your first run, and I am interested in going back for the perfect playthrough. I will say that comes with its own annoyances. To get the maximum score, you need to play the entire game all in one run without dying, reloading, or quitting. I can understand dying preventing you from perfection, but not being able to load a save or quit the game feels like an anachronism in this day and age, especially with the game playable on Steam Deck. It only took me 3 hours to finish the game, probably much less if you know what you’re doing, but I did take quite a few breaks to simply sit with the puzzles and come back to a solution later – being punished for that seems cheap.

Colossal Cave does look and sound a bit cheap too. Environments look fantastic with some great ambiance, but you do encounter a few characters and they look uncanny, like they’re being actively photoshopped into frame. Animations are stiff (especially mouth movements), and characters just don’t seem to be properly affected by lighting. I’m not expecting anything close to AAA graphics quality, but it could have used some more polish. Additionally, a few voiced lines definitely don’t sound like they were recorded in a professional studio. It’s understandable since this game was made in the pandemic, but these moments stand out in contrast to the dulcet tones the narrator usually puts out. For example, you can really tell the Troll is peaking the mic and could have used another take. 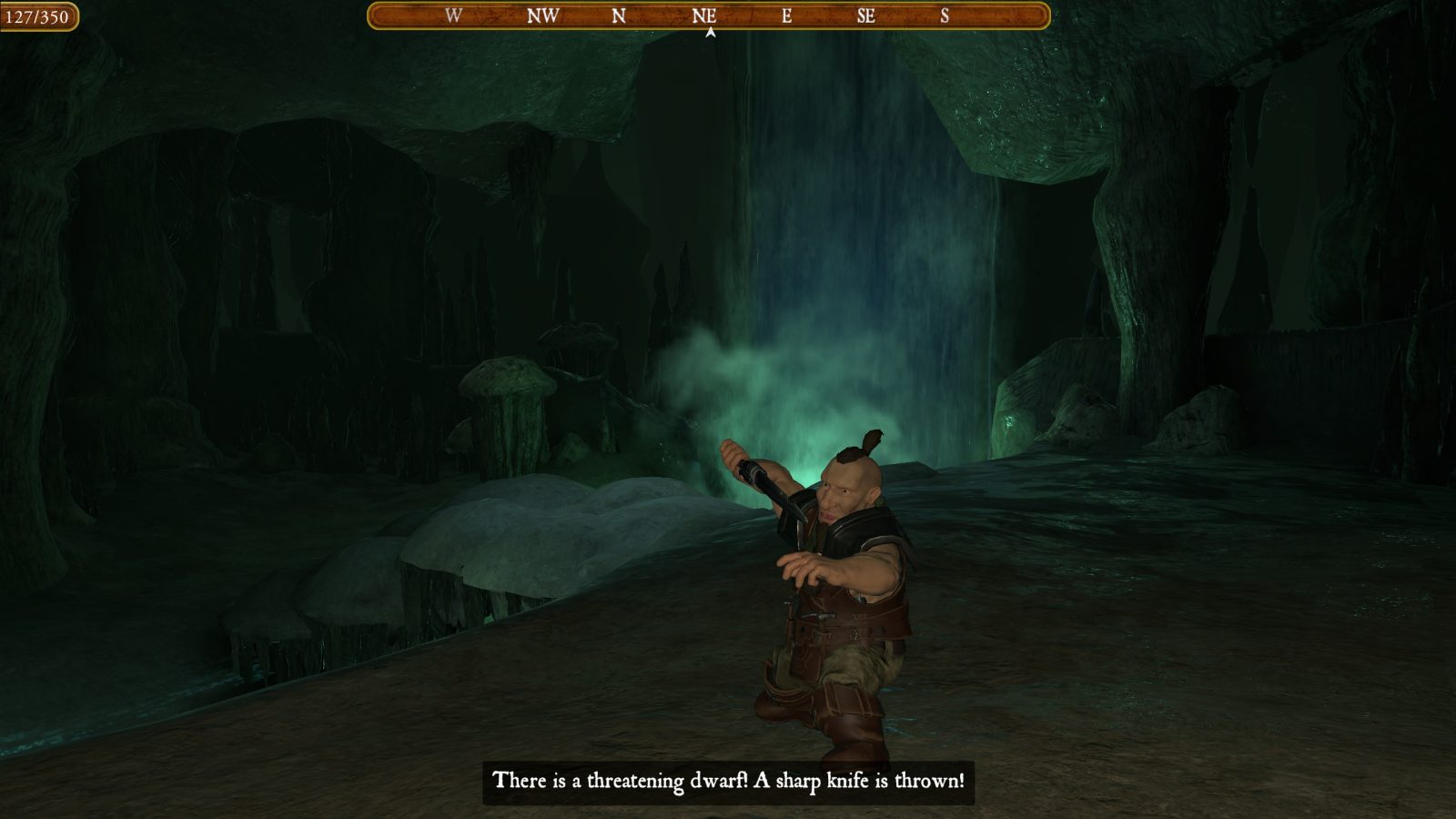 Despite various issues, there’s just something magical about Colossal Cave. It could be that I’m a massive fan of Roberta Williams (I adore The Colonel’s Bequest and even wrote a final paper about her impact on the game industry in college), the fact this is a simple, lighthearted adventure as games generally grow darker and more “mature”, the novelty of adapting a text adventure, or all of the above. This is a fun throwback, and comes highly recommended.

Colossal Cave review — Back to basics

Colossal Cave is a fascinating game, and this modern remake brings the wonder of a text adventure to life in full 3D. It’s streamlined with a few updates, while still keeping the spirit of the original. The game has more than a few issues, but is well worth playing for a magical adventure.

David is the kind of person to wear his heart on his sleeve. He can find positives in anything, like this is a person who loved Star Fox Zero to death. You’ll see him playing all kinds of games: AAAs, Indies, game jam games, games of all genres, and writing about them! Here. On this website. When not writing or playing games, you can find David making music, games, or enjoying a good book. David’s favorite games include NieR: Automata, Mother 3, and Gravity Rush.
Related Articles: Colossal Cave, Indies
Share
Tweet
Share
Submit